Jesse and Erin arrived last Friday - in the wee hours of Saturday actually - and we've all had a very busy weekend.    They were returning from a much needed, very perfect vacation to Costa Rica and topped it off with a good visit and some dandy fireworks.

The weather has been very unsettled since we arrived home.   We've seen periods of rain most every day and often during the most inconvenient times....i.e. second cup, happy hour or dinner time. 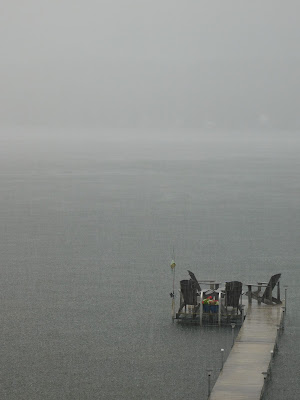 You've seen plenty of pictures of our lake and dock in the rain.....here are a few more.   So you'll appreciate your nice weather. 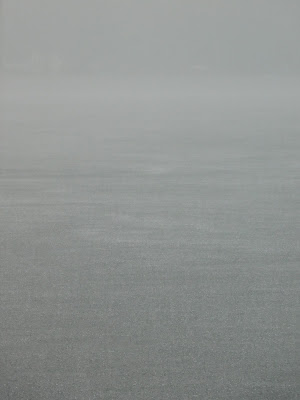 On Saturday Jesse and Erin drove in to Rochester for a visit with Erin's brother, sister-in-law and their three kids.   It rained.

They came back in time for dinner and we were able to actually eat outside, the water works had turned off and the sun came out to dry off the chairs and table!


Earlier in the week we bought an assortment of sausages from a new butcher shop in the city.    We were looking forward to a taste test of fresh bratwurst, chorizo, rapini sausage, parsley and Parmesan, kielbasa and a link of Korean sausage.   Mmmmm.     We settled on a clever method of keeping track of which was which and out to the grill they went. 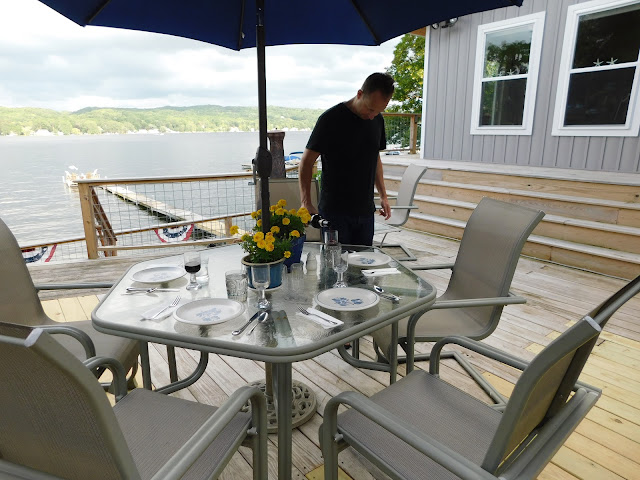 Best laid plans.    The temperature of our grill evidently doesn't go low enough for the sausage's liking and they rebelled by promptly splitting open and setting a merry fire.    Jesse whisked them into a frying pan and finished them on the stove at a more agreeable temperature but they never really recovered.    We lost our organization and didn't know which one we were eating.   They tasted good, but definitely didn't look their best. 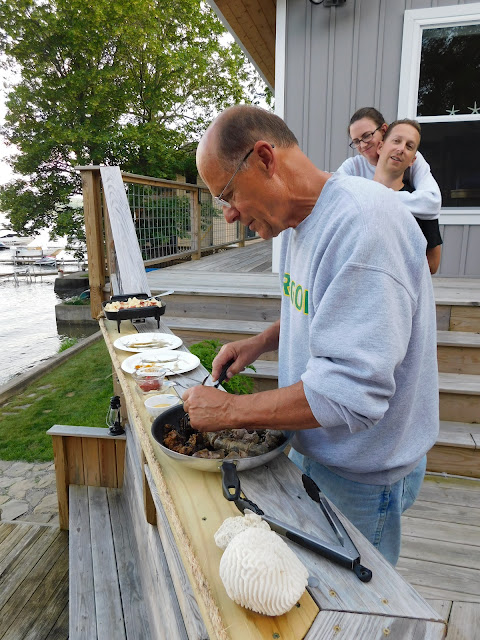 .
Sunday we all drove up to the big lake (Lake Ontario) for a short visit to Dave's brother and sister-in-law Mike and Arline.    Jesse spend a good amount of time working with Mike when he was young and they hadn't met Erin yet.    The rain held off once more.

We drove home along route 104 to show Erin all the cobblestone homes along that route.   Hurd Orchards was on our way so we stopped to buy some strawberries, cherries and a couple loaves of their sweet bread (strawberry and cherry almond).     Hurd is a lovely little place owned by two sisters.   They have many varieties of fruit trees, flowers (dried and fresh), fresh baked goods, flavored vinegars, fresh produce, jams, jellies, canned fruits, lovely linens, etc. and a large rustic barn for lunches and weddings. 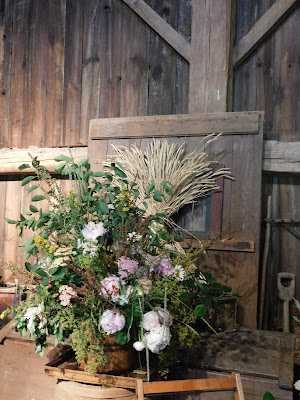 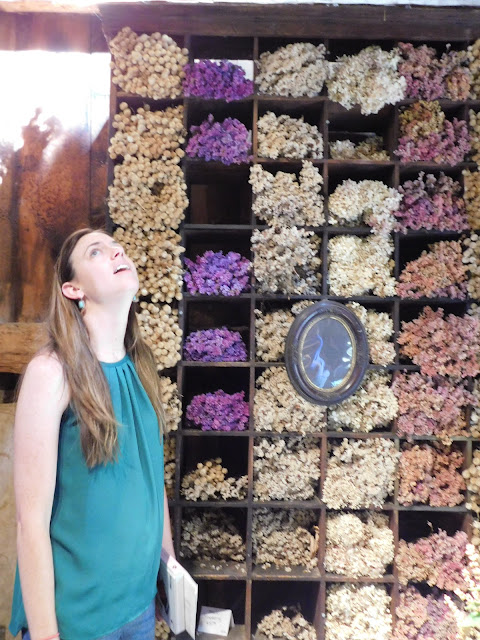 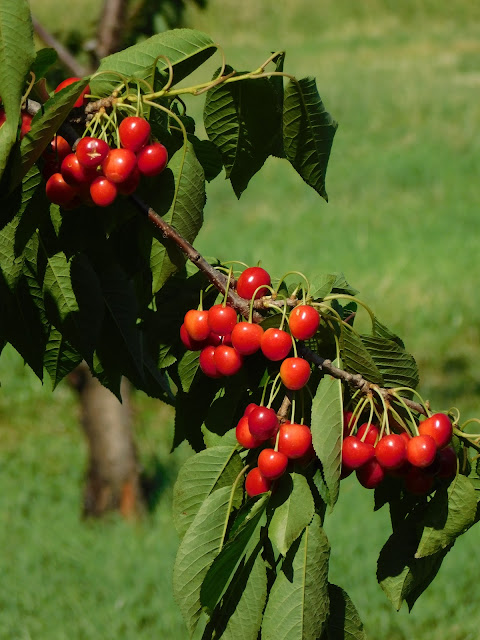 Again, the rain held off and we were able to eat outside and enjoy dessert and wine in front of the little chimminea. 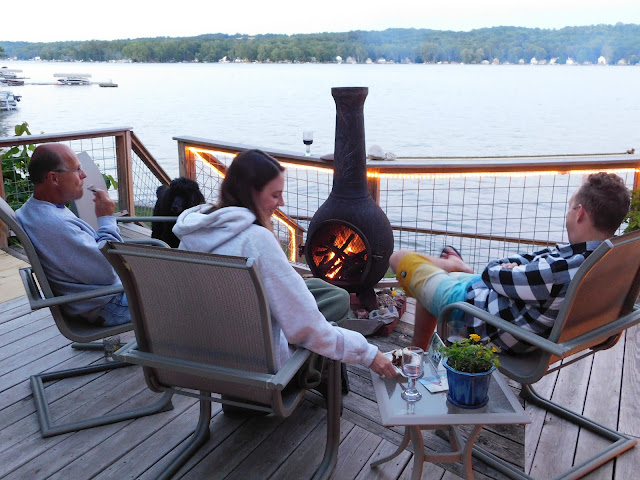 Monday morning (July 3) we all got busy hanging up lanterns, icing the wine and beer, inflating the zodiac, picking up the pulled pork, setting up chairs, putting the finishing touches on the bonfire, tweeking the dock, etc. etc., you get the picture.   Guests arrived at dinner time. 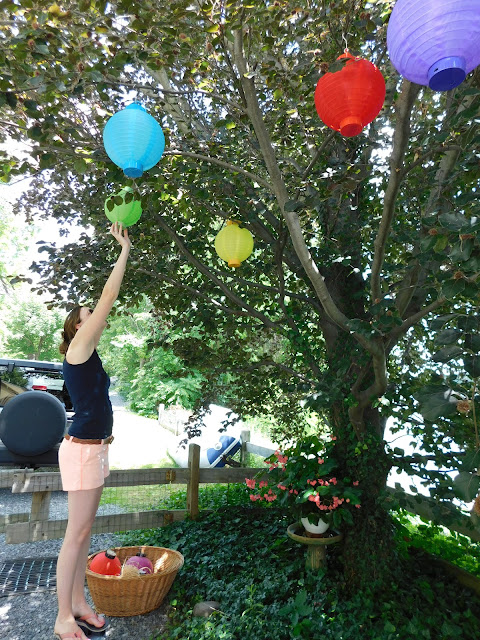 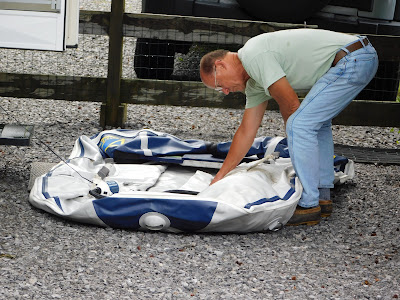 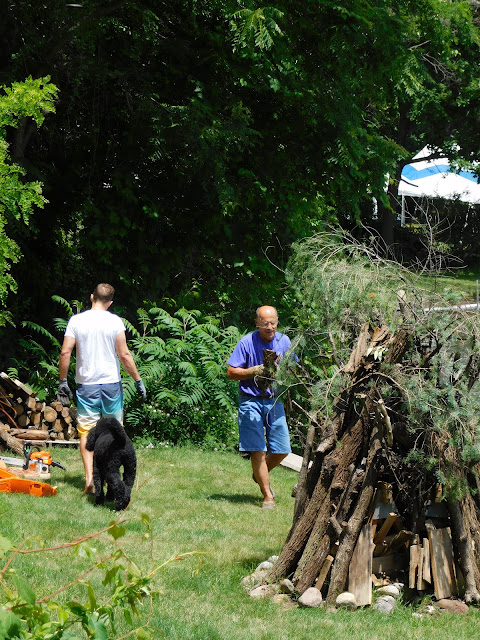 Lewis tried his best to help but a large, floating stick kept distracting him. 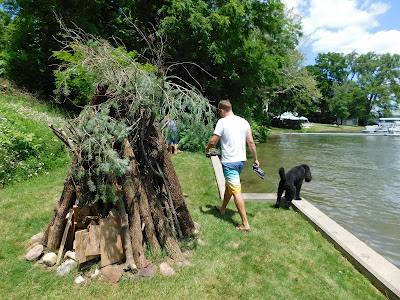 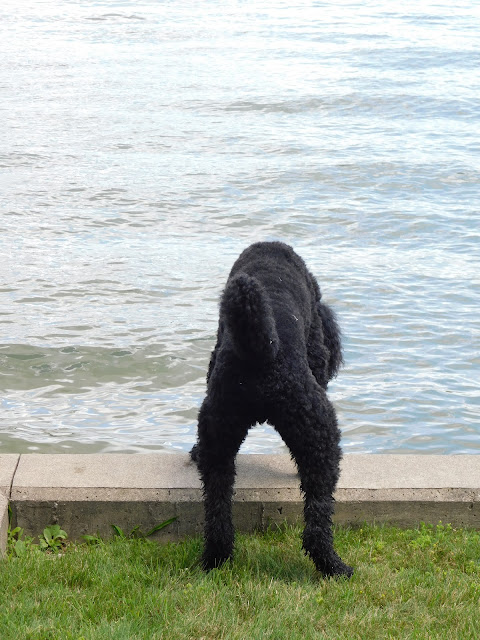 I "encouraged" him to swim out and get it eventually so he could keep his mind on his work. 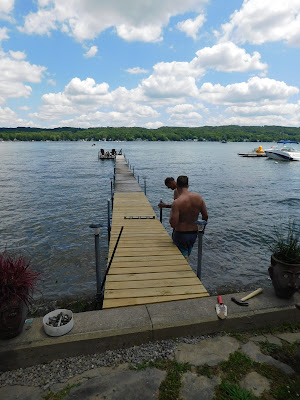 Our guests began to arrive around 6, the bonfire started just before dark, fireworks all around the lake began shortly thereafter and the ring of red flares were set off at promptly 10 p.m.    Another great Lake of Fire celebration.    We were so happy to have Jesse and Erin with us this year. 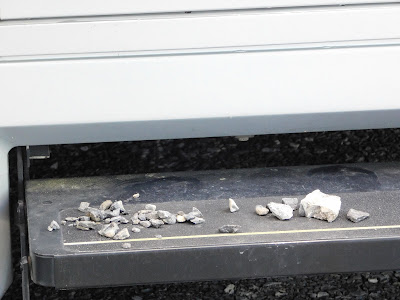 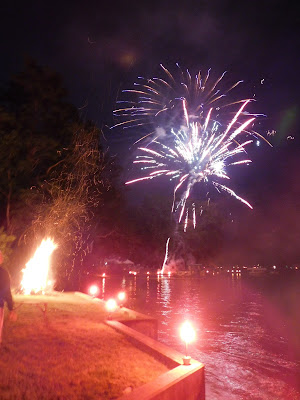 Jesse and Erin left on the 4th of July but before they did a few more friends dropped by to say hello.    I didn't get a picture of them all....... 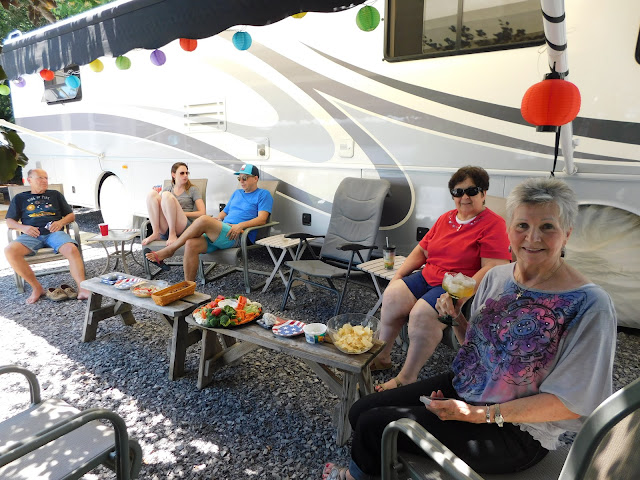 Lewis was exhausted from his busy weekend.   He found smiling and entertaining exhausting.    He slept in the ivy. 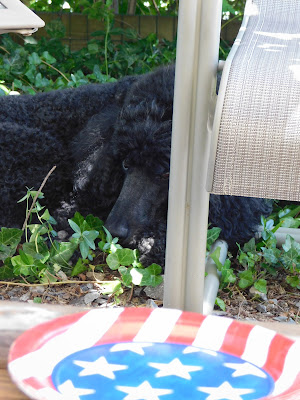 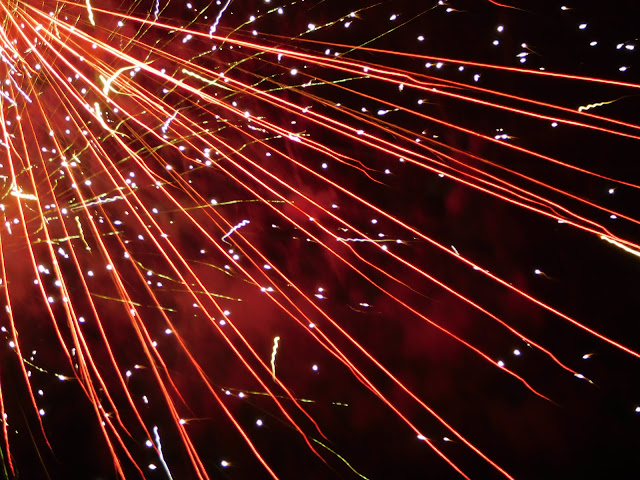