Friends have been asking if we're OK, they haven't heard from us in awhile.   We're fine and happy and not doing anything very interesting or blog worthy.

We've been enjoying second cup on the dock, and happy hour there too.   We've been visiting a little, and boating a little and working around a little.  Dave got in a round of golf with Fred yesterday.   You've all seen pictures of those things so I won't show you any more.

Lewis  has been helping, he's been playing in the yard, retrieving green walnut husks that have dropped into the lake from overhanging trees (he thinks they are errant tennis balls),  fishing, greeting company and taking his afternoon rest in the ivy.    As I said, nothing exciting. 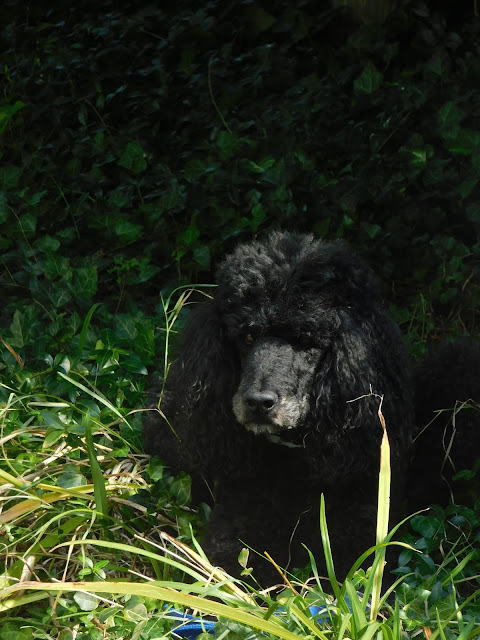 We're on schedule for an end of September departure.   We've decided to head directly to Denver for a few weeks and then move either west or south, depending on what the weather has in store for us.

Signs of fall's imminent arrival are beginning.   Traffic on the lake has all but stopped.  The water is calm and quiet, a thick layer of fog blankets it most mornings.

Sumac and maple have begun to color and summer's humidity is gone.  Beautiful yellow Goldenrod is showing up, causing me to sneeze and snork most mornings.

College students mob our local Wegman's (grocery store) and parking in Geneseo is not as easy as it was in the summer.

Crows are raucous in the tree tops, geese are forming noisy v's in the air heading south, murmurations of starlings fill the trees and blacken the sky.   The Genesee Valley Hunt Parade  (think 80 or so horseback riders accompanied by a large pack of very keen Fox hounds) will move down main street next Saturday, marking the beginning of the Genesee Valley Hunt's 141st fox hunting season.   I may, or may not, be awake and present.   If I am, I'll show you pictures.

So, that's all that has been happening here at the lake.   We're both getting the "itch" to move on, sorry summer's over but excited to hit the road. 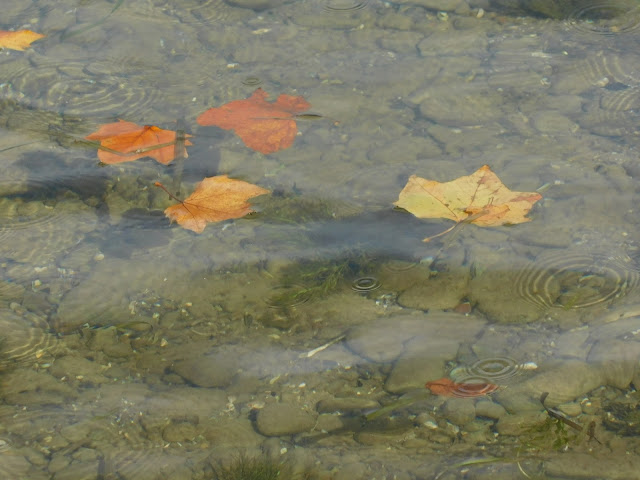