The weather has been volatile lately.   Hot temperatures exascerbate the unstable air masses over us.

Jesse bought Dave a couple lovely white lilac bushes for his 60th birthday - a few years ago - and they are planted at the lake.   We like to keep an eye on them, as white lilacs are coveted in this house.    The sky was pretty nasty looking to the west last night, but Dave wanted to drive down to the lake and see if any flowers were ready to be picked, so.....off we went. 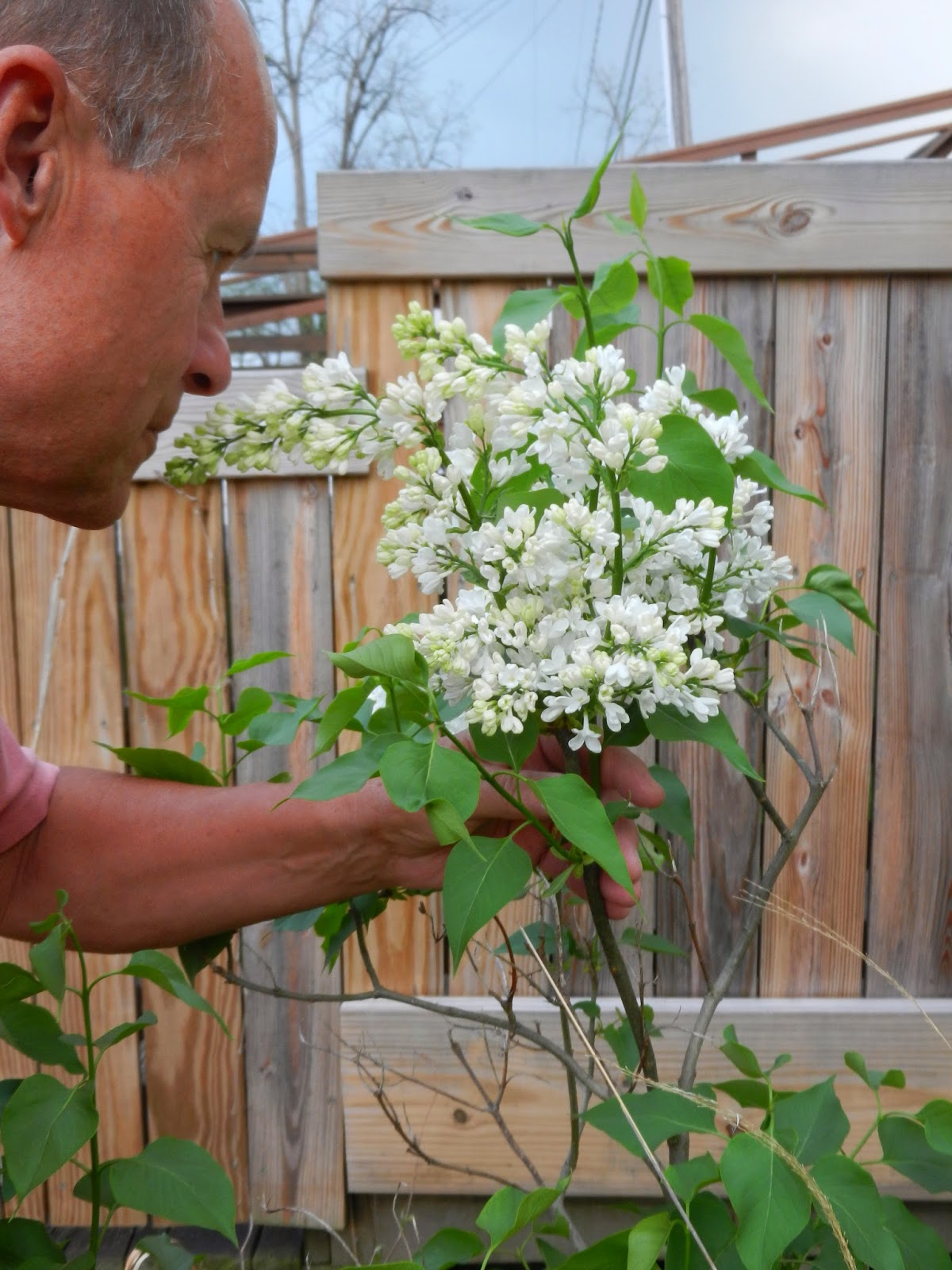 They were just opening, their most fragrant, so Dave cut a huge head and we walked back to the car. 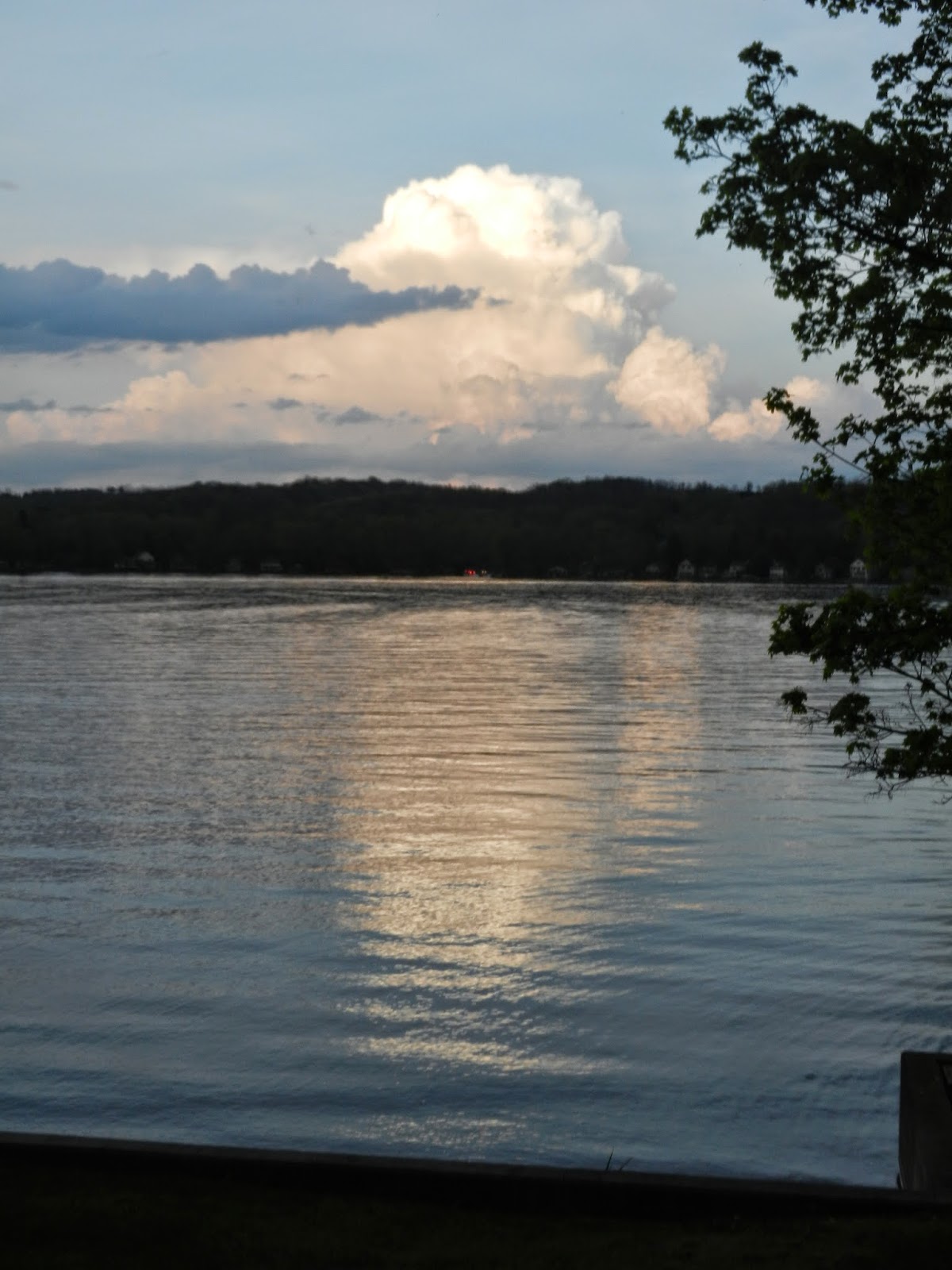 Clouds of rain were building all around us.   But,  the flower filcher saw a few more beauties that he needed to give me.... 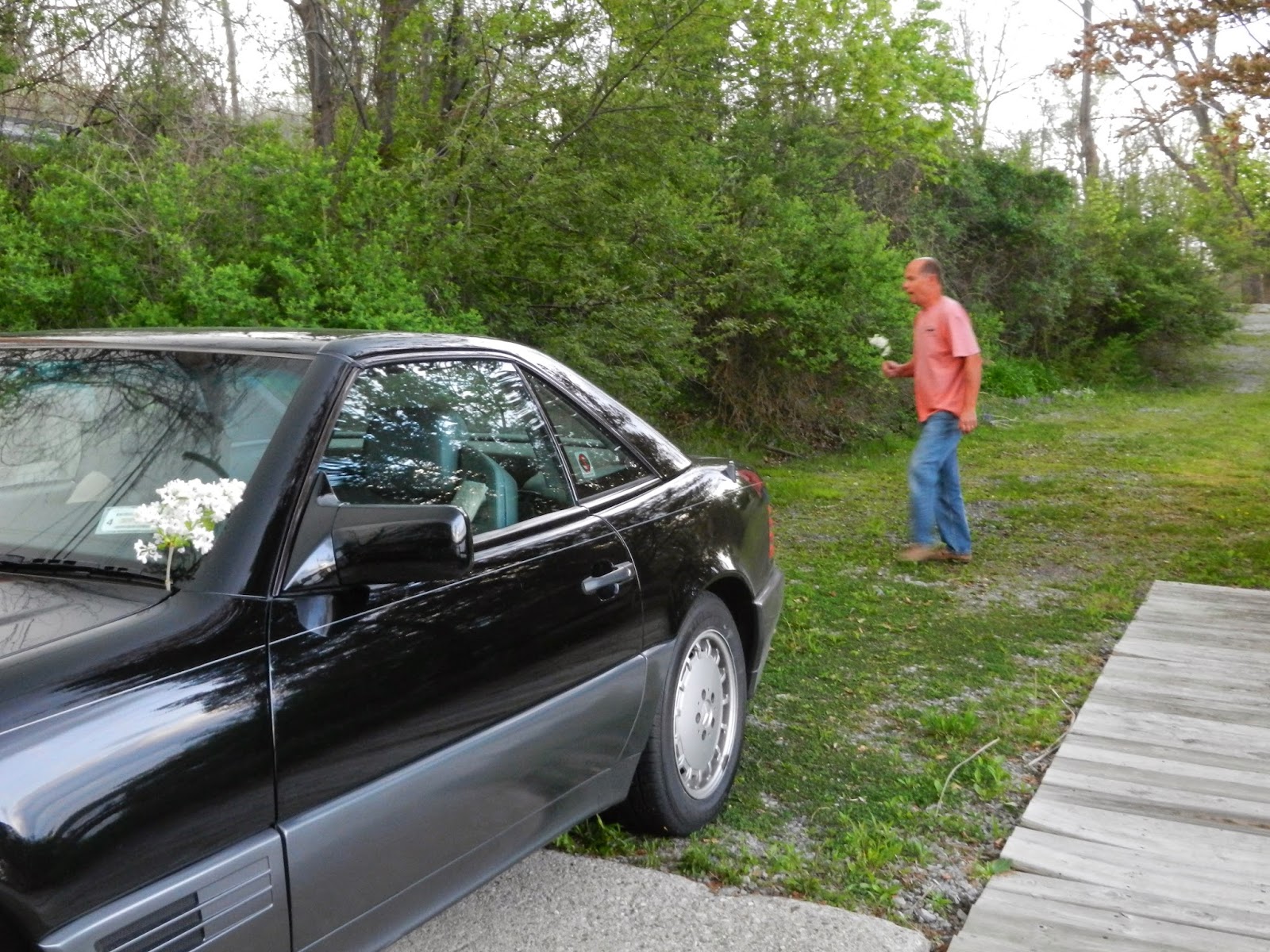 He put the white lilac on my car's windshield and continued to collect his gifts for me. 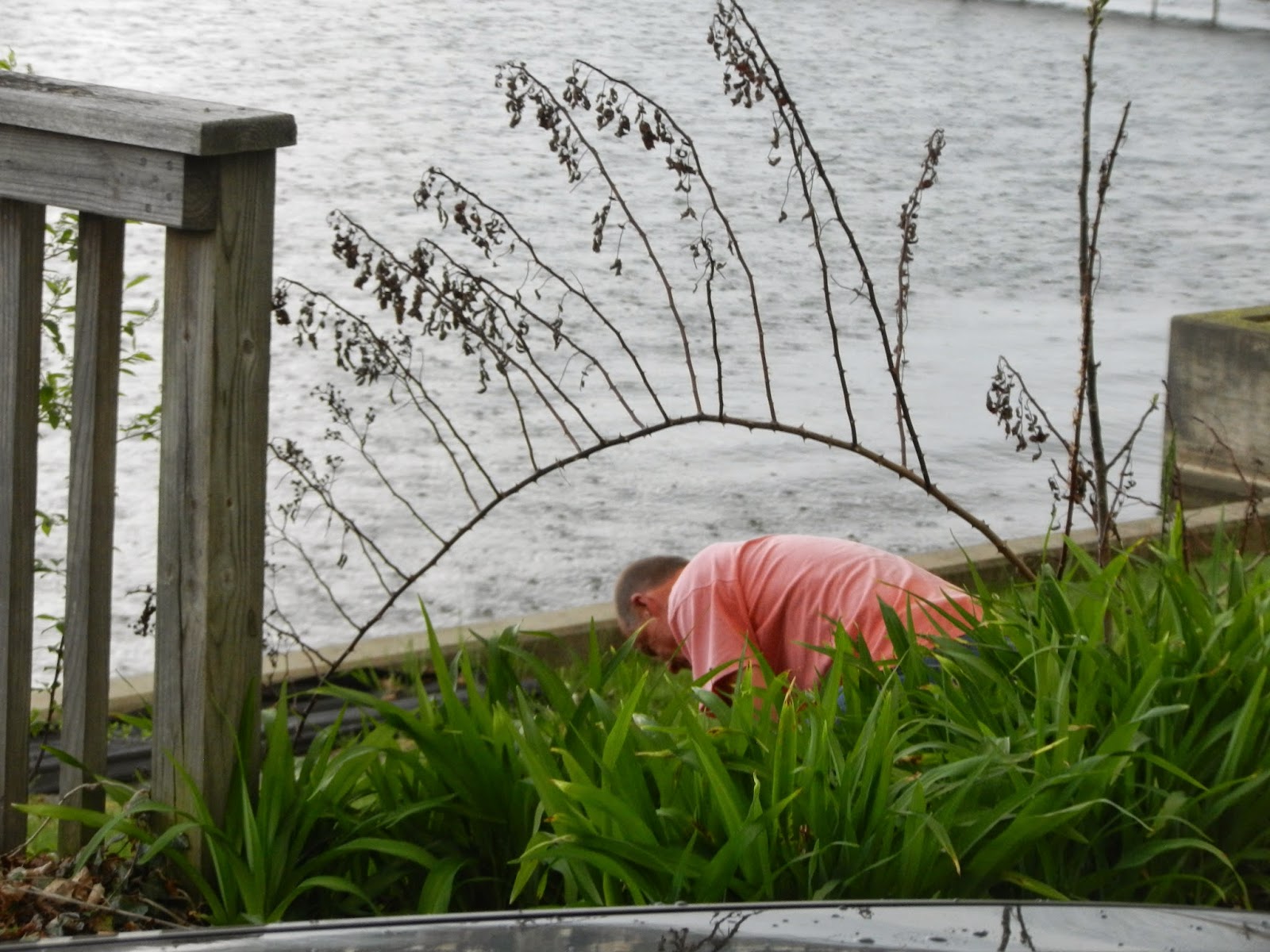 I'm beginning to wonder if he is really a Bowerbird in disguise.  We've been together since we were 16 years old, he doesn't have to woo me anymore, I've been impressed for many years now.   Still....it is flattering. 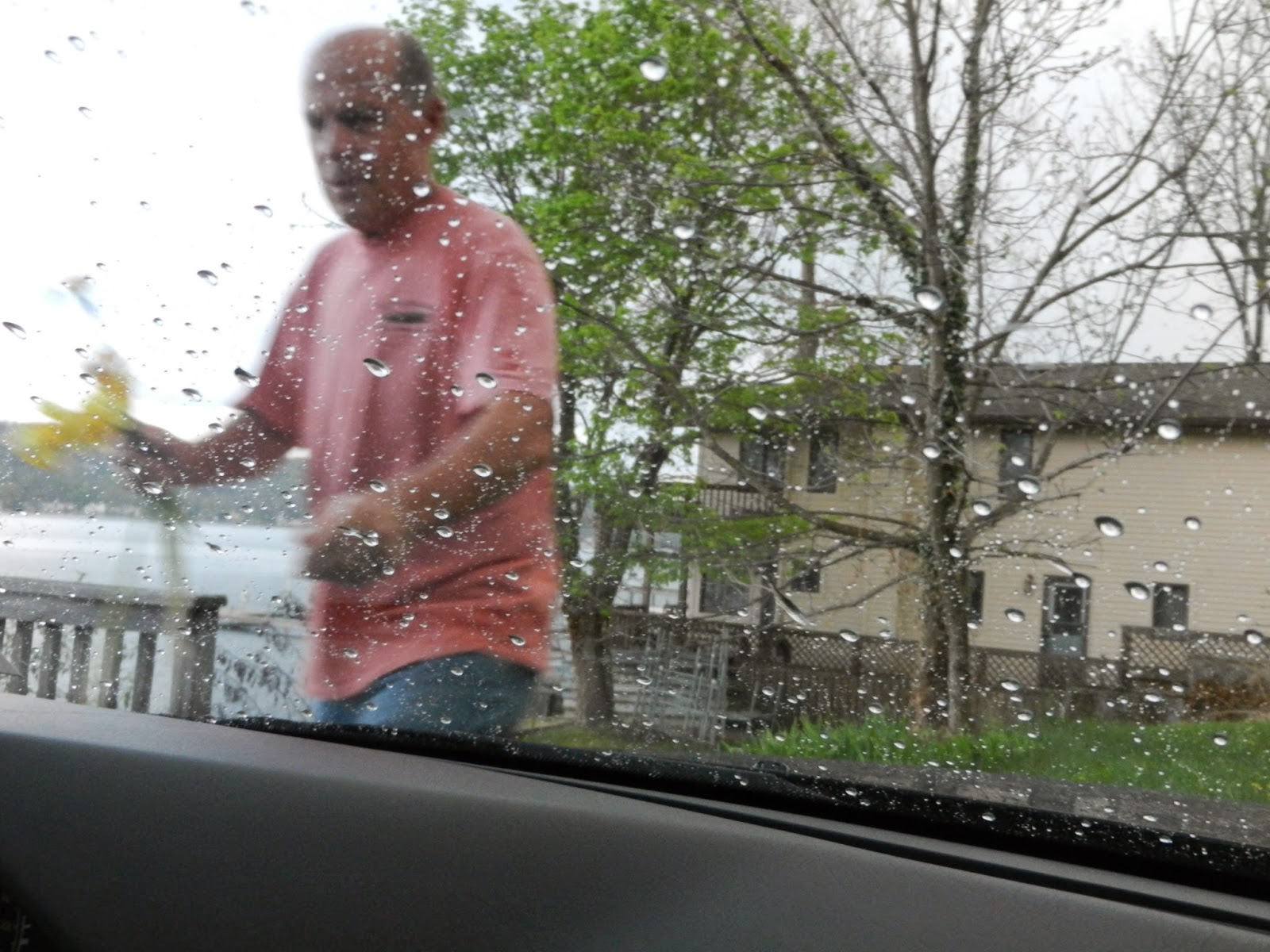 He took just a minute too long....the skies opened and he barely made it back to the car.    But, what a beautiful bouquet he presented. 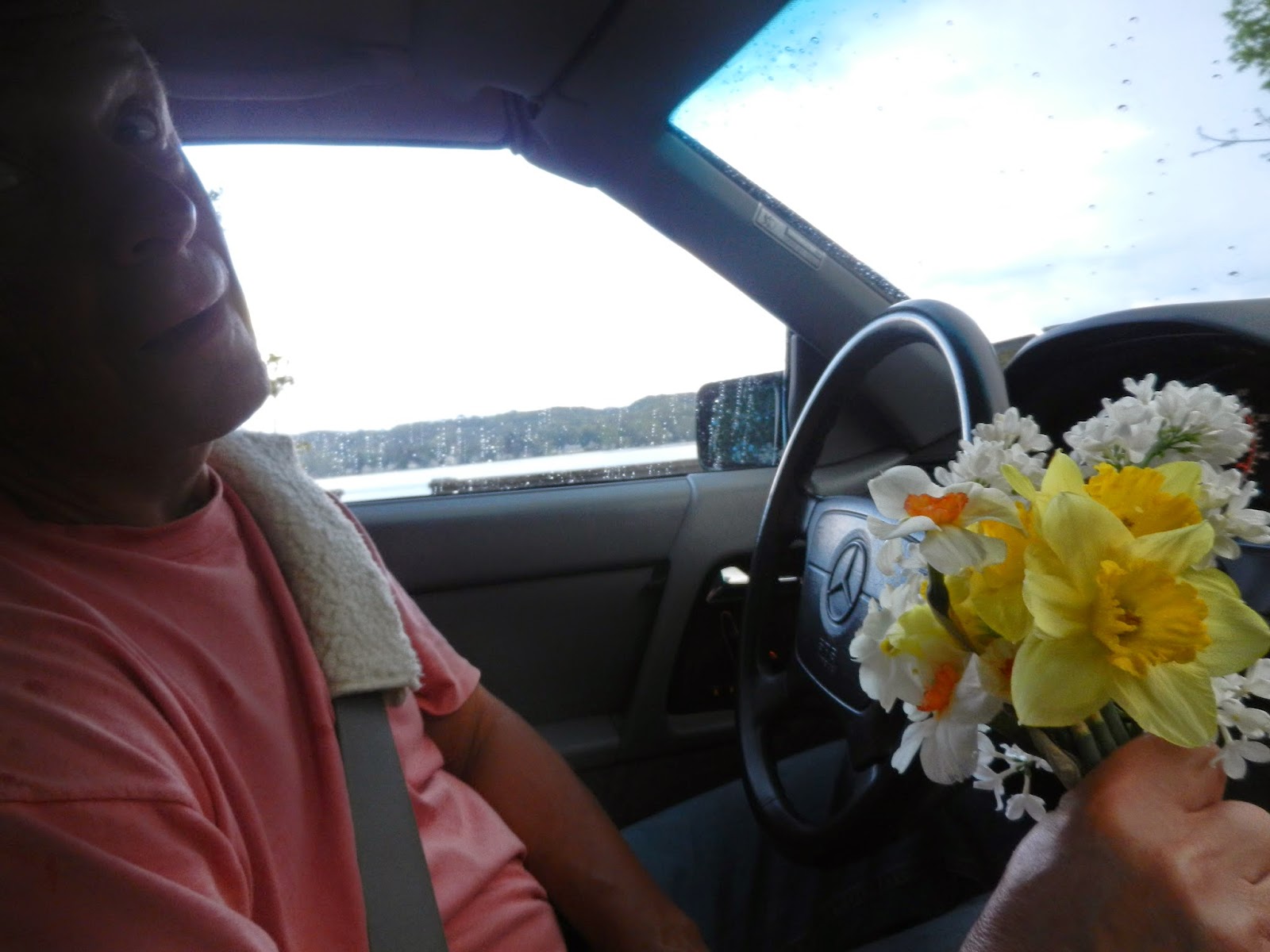 The rain came down hard, the wipers barely cleared the windows.   We headed up the hill towards home as fast as the weather would allow.   We'd left all the windows in the house full open, uh oh. 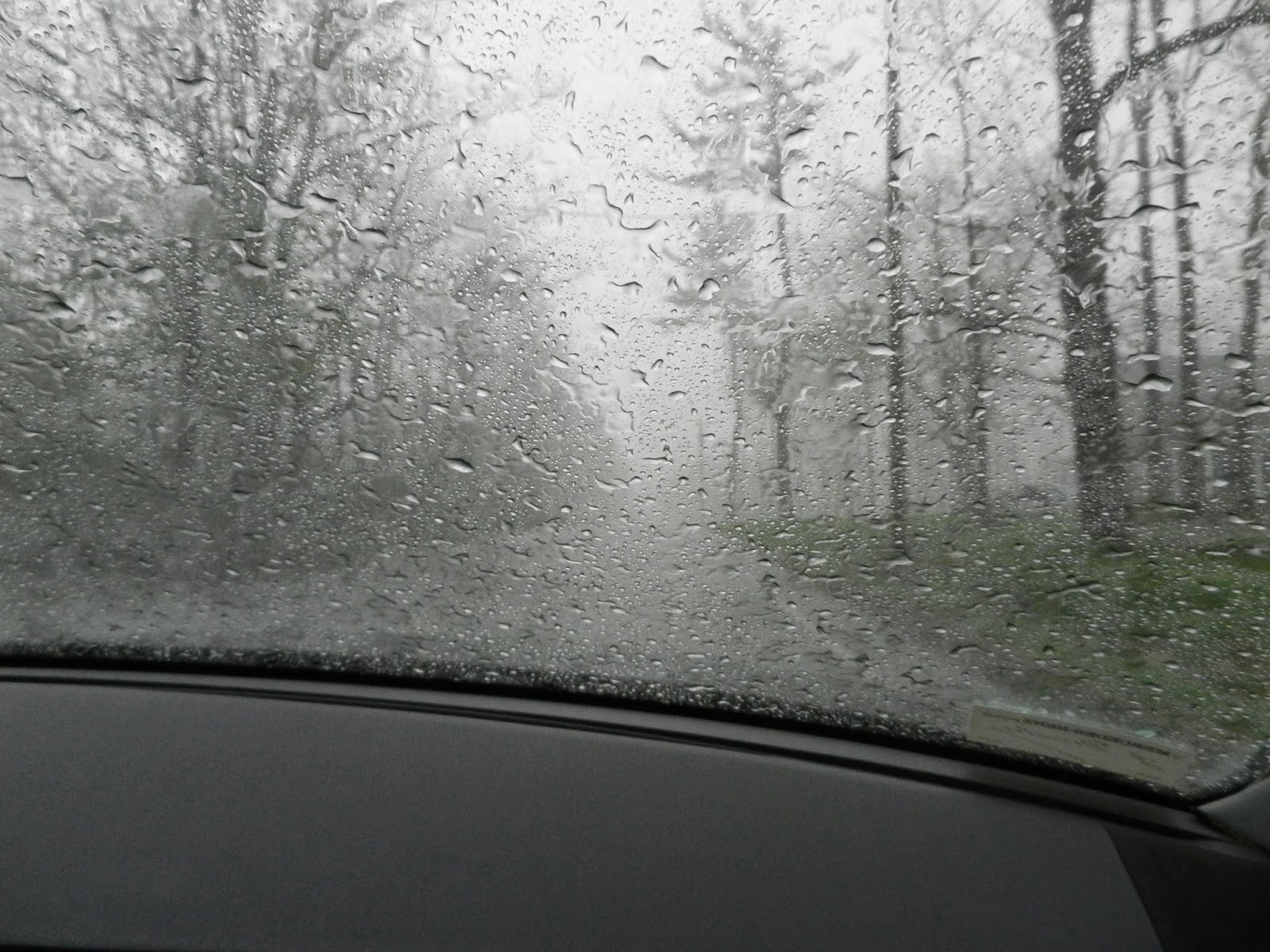 Everything near the windows was soaked, the window sills, the floors and, most importantly to you know who, the dog beds were sopped.    Ah well, we in Geneseo were spared the brunt of the terrific wind and rain.   Communities just to the east of us had serious damage, roads washed out, cars floated away and businesses flooded. 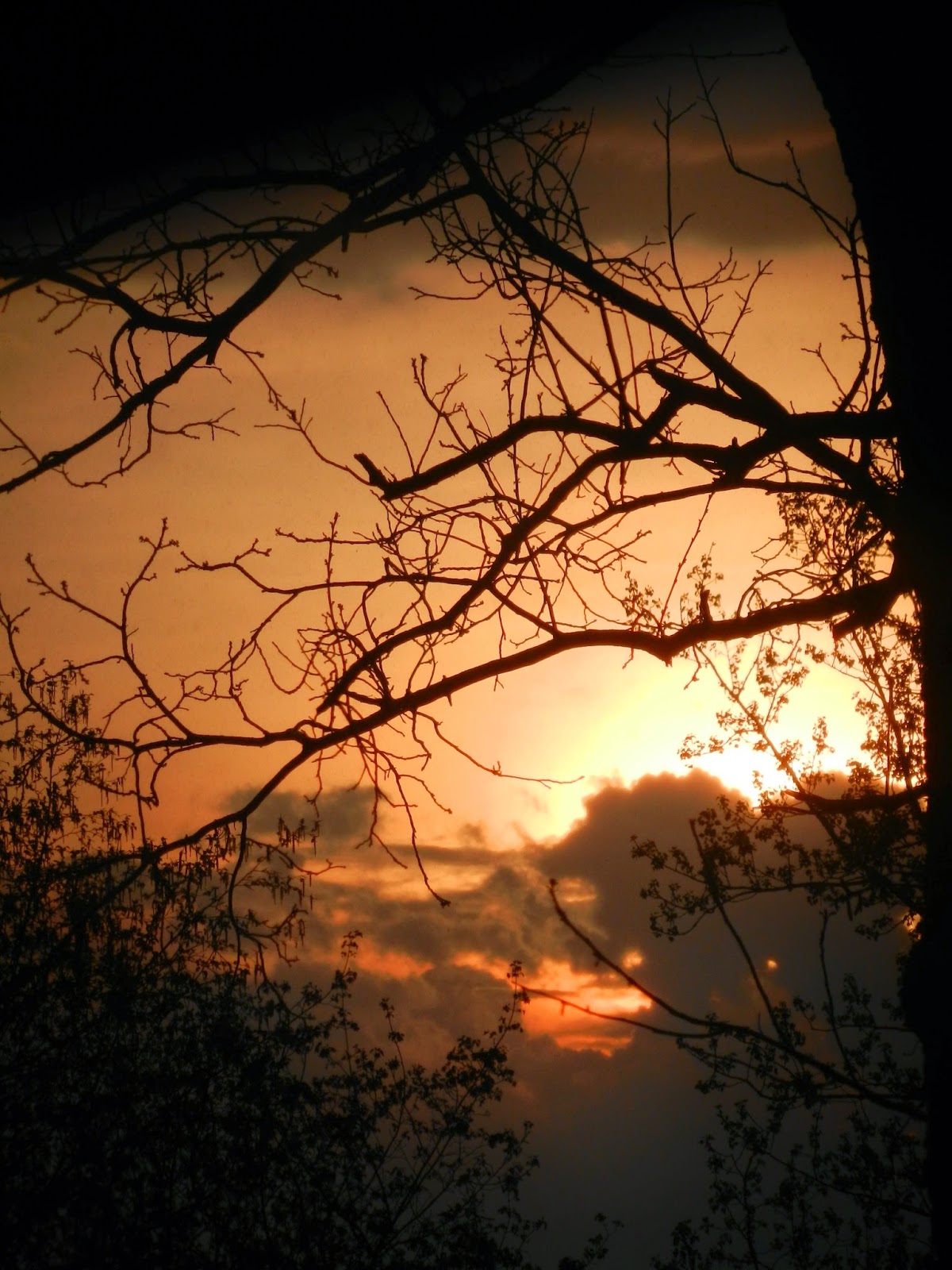 We had wave after wave of rain with thunder/lightening all night long.   Poor Sasha Marie had a rocky night.