The end of the long running Wright/Bank golf "tournament.  John and Pam are leaving on Saturday, so we played our last two games of golf this week.   John finally achieved his scoring goal so its time to move on.    Just so you don't think that all they do is search the rough or the gully for lost balls I've included two more serious shots. 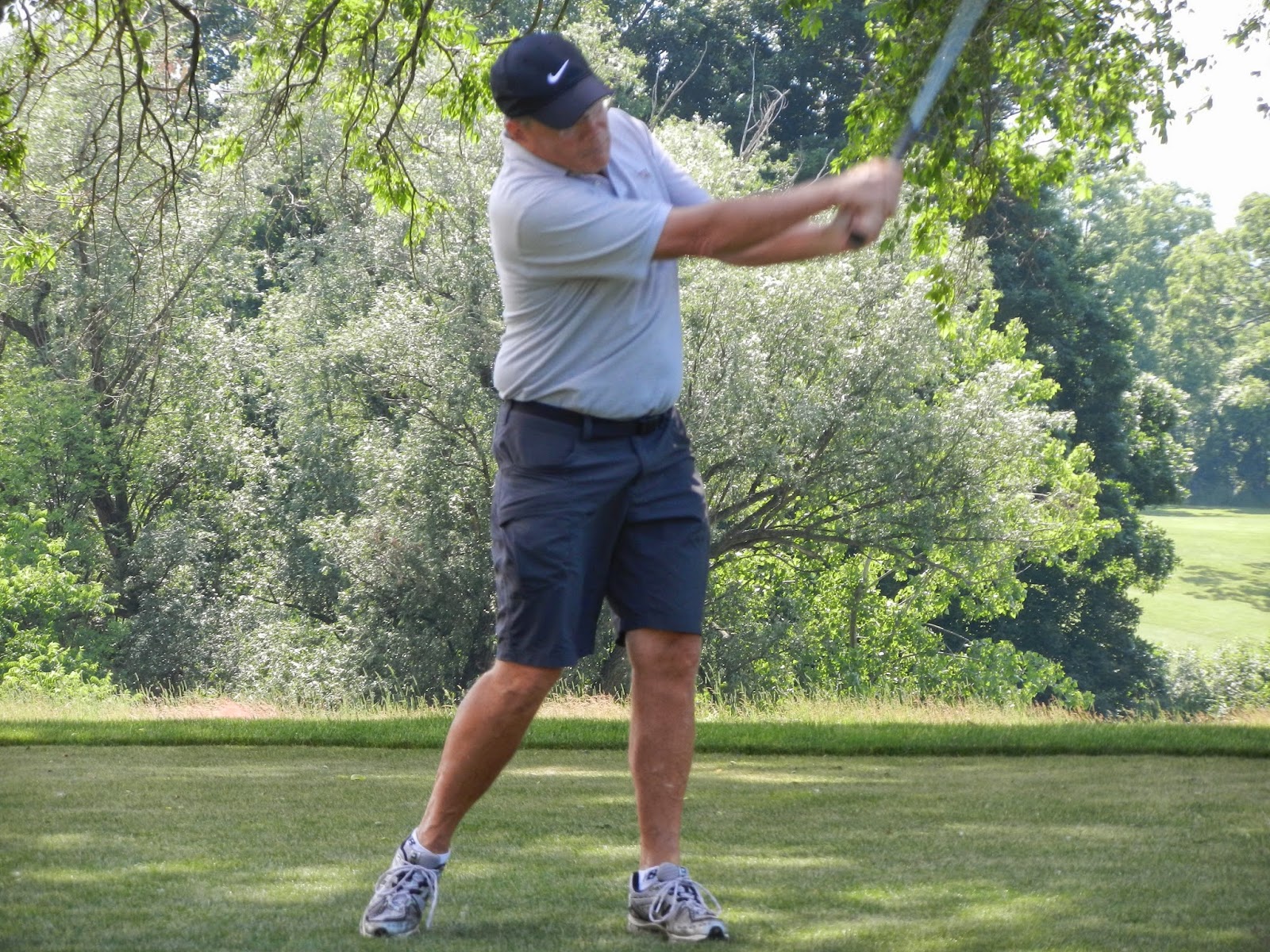 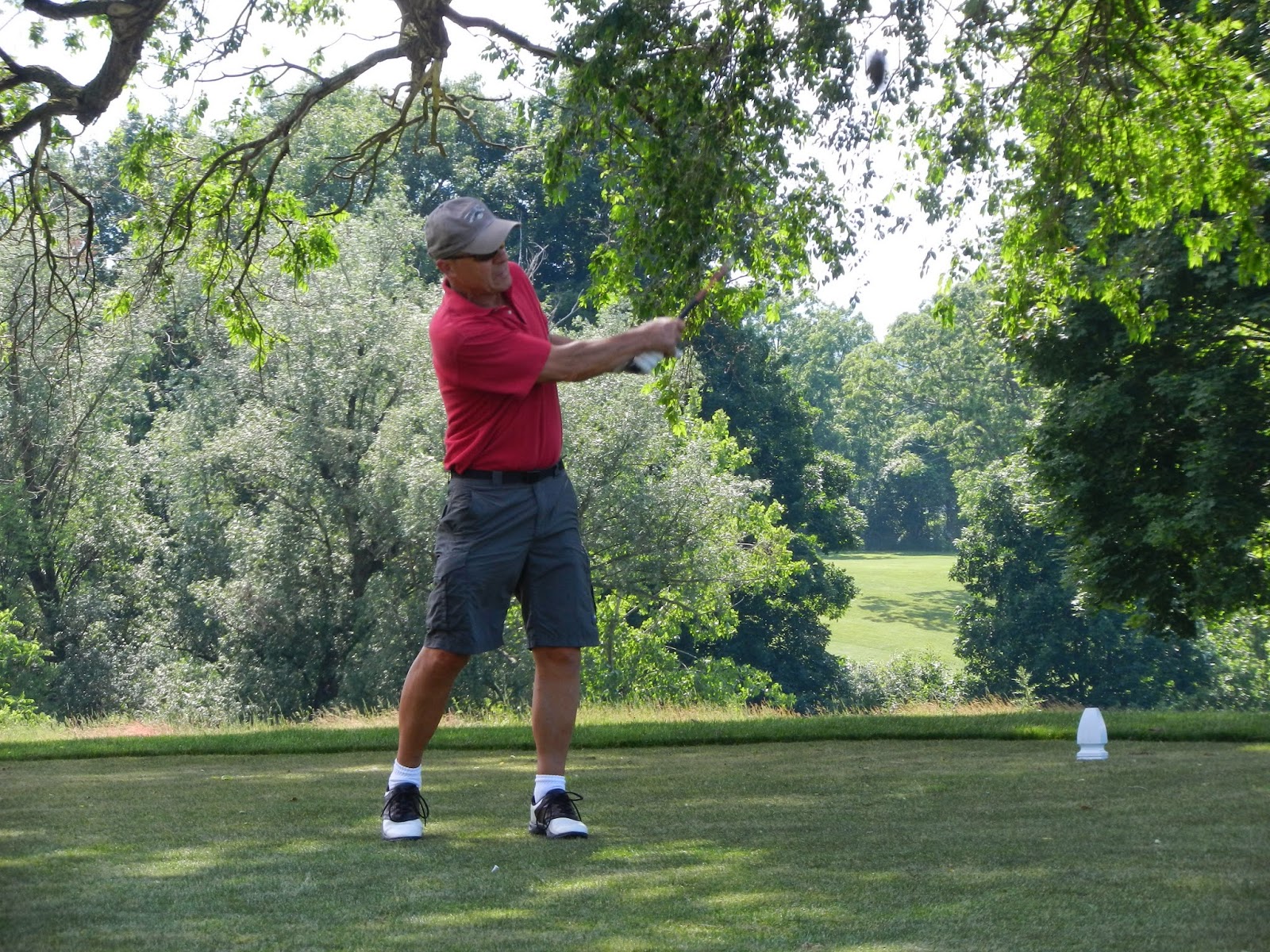 I enjoy the sensory game of golf, my own rules.   No hitting of balls, no rooting in bushes, no moving of flags.    I enjoy riding around watching the birds, sniffing the flowers, taking odd pictures, basking in the sun, commenting on the clouds and oncoming storms and giving advice on Dave's swing, etc.      So, one last interesting (to me, at least) golf picture.....


After finishing the game we checked out the small Geneseo farm market and then continued down to Perry, NY to the Charcoal Corral for a gourmet supper of hamburgers, hot dogs, fried chicken, chicken wings and ice cream (don't judge).     Thursday evenings they hold a "cruise night" where locals drive in their special (sometimes really special, sometimes special only to them....) vehicles and park them on the lawn for all to admire.   They have a DJ playing oldies music and it was difficult to enjoy our ice cream what with the singing and gyrating coming from the Wright's side of the picnic table.    Dave had his first dish of ice cream in many years as the Charcoal Corral's Ice Cream Parlor offers lactose free ice cream now. 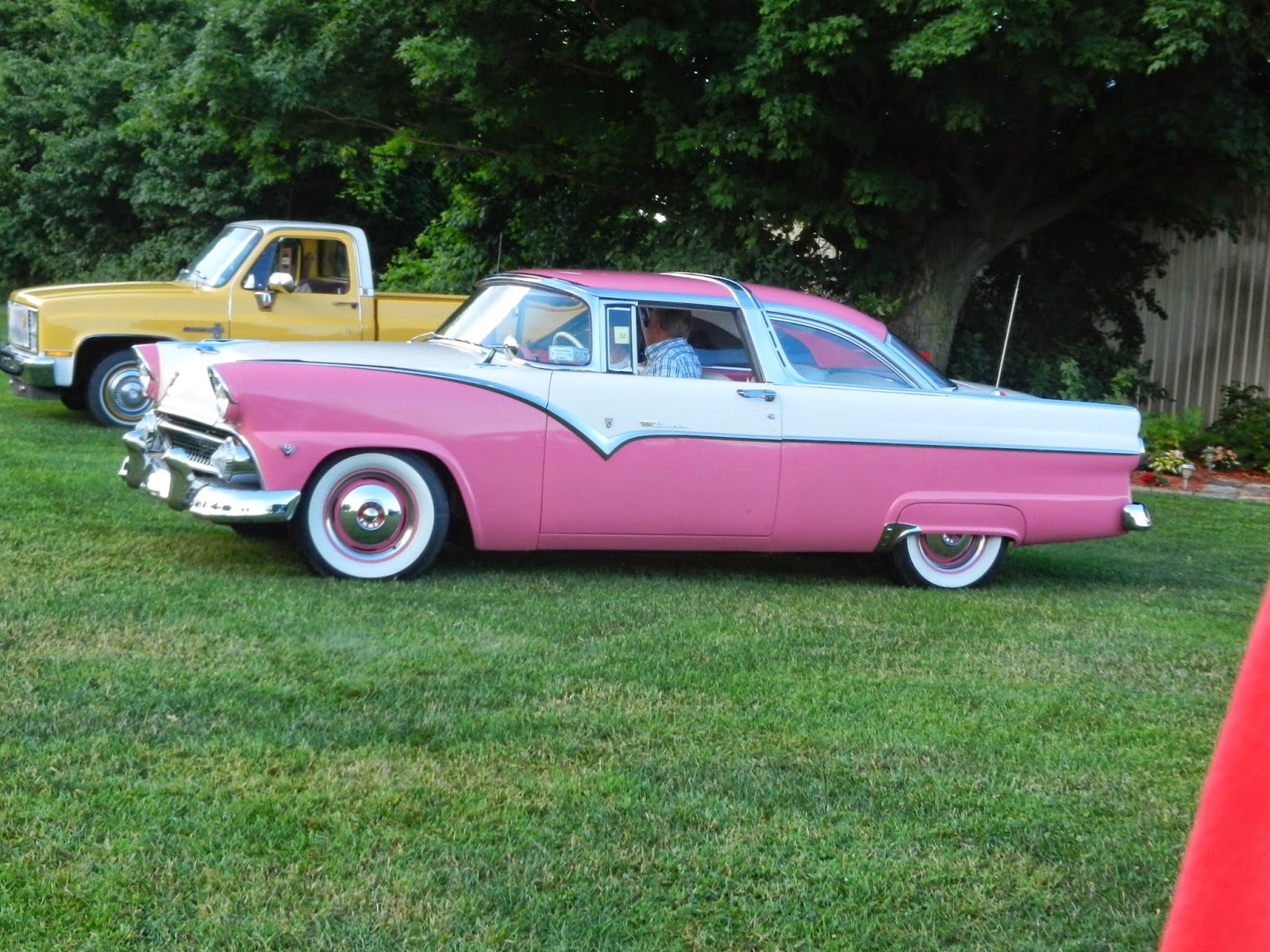 On our way home we stopped at some roadside historical markers for John to read.   We try to make our guests happy. 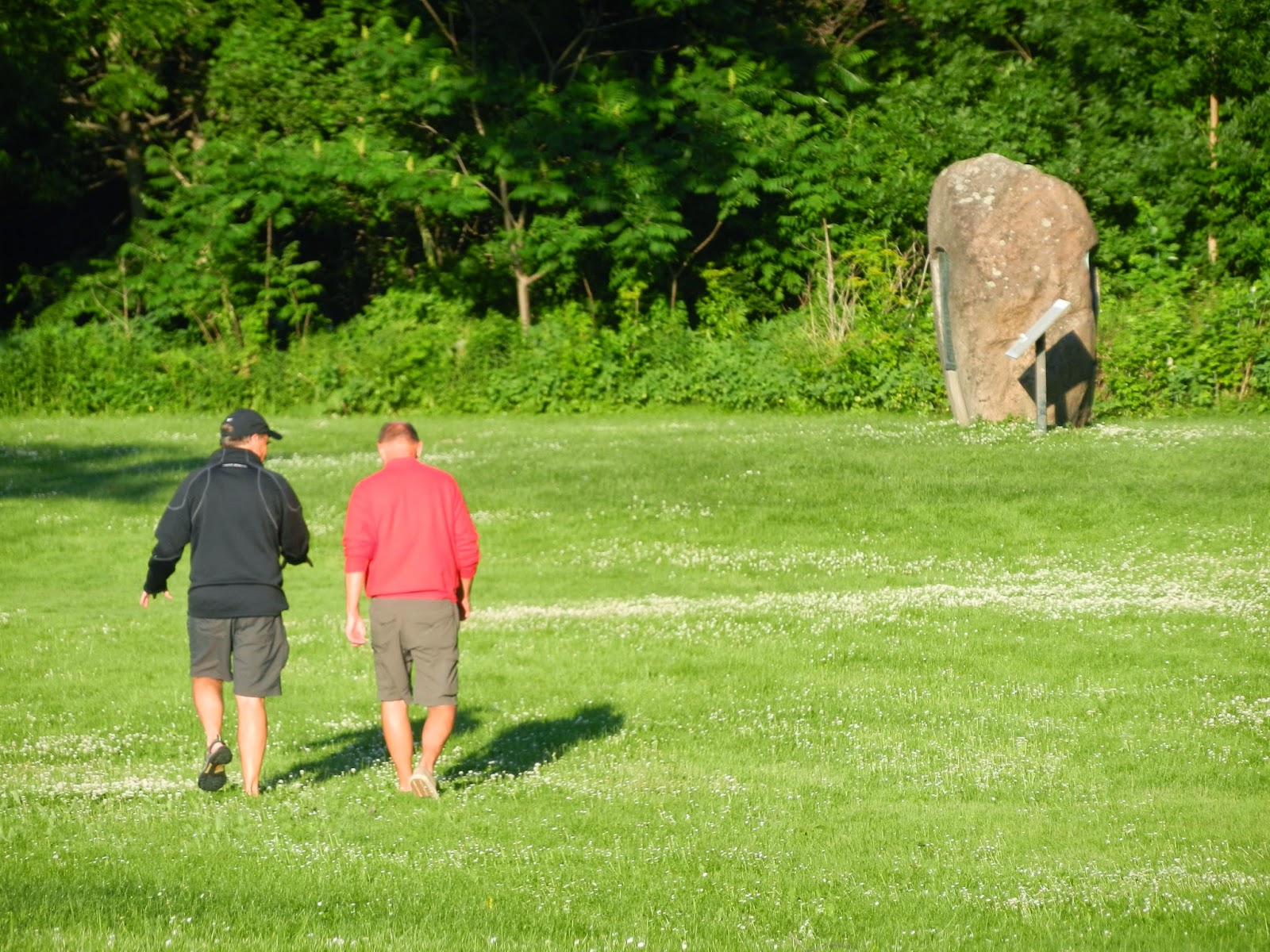 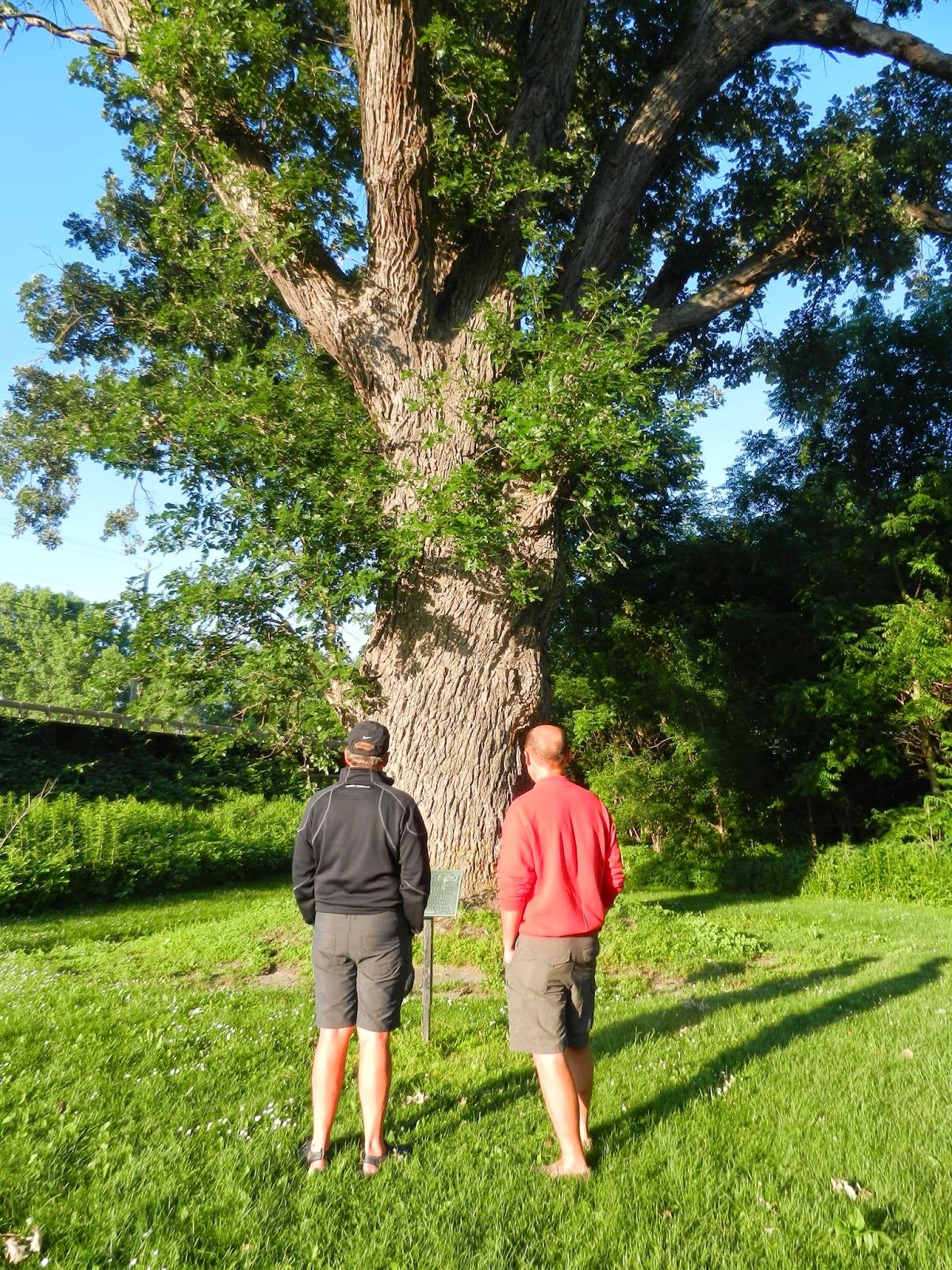 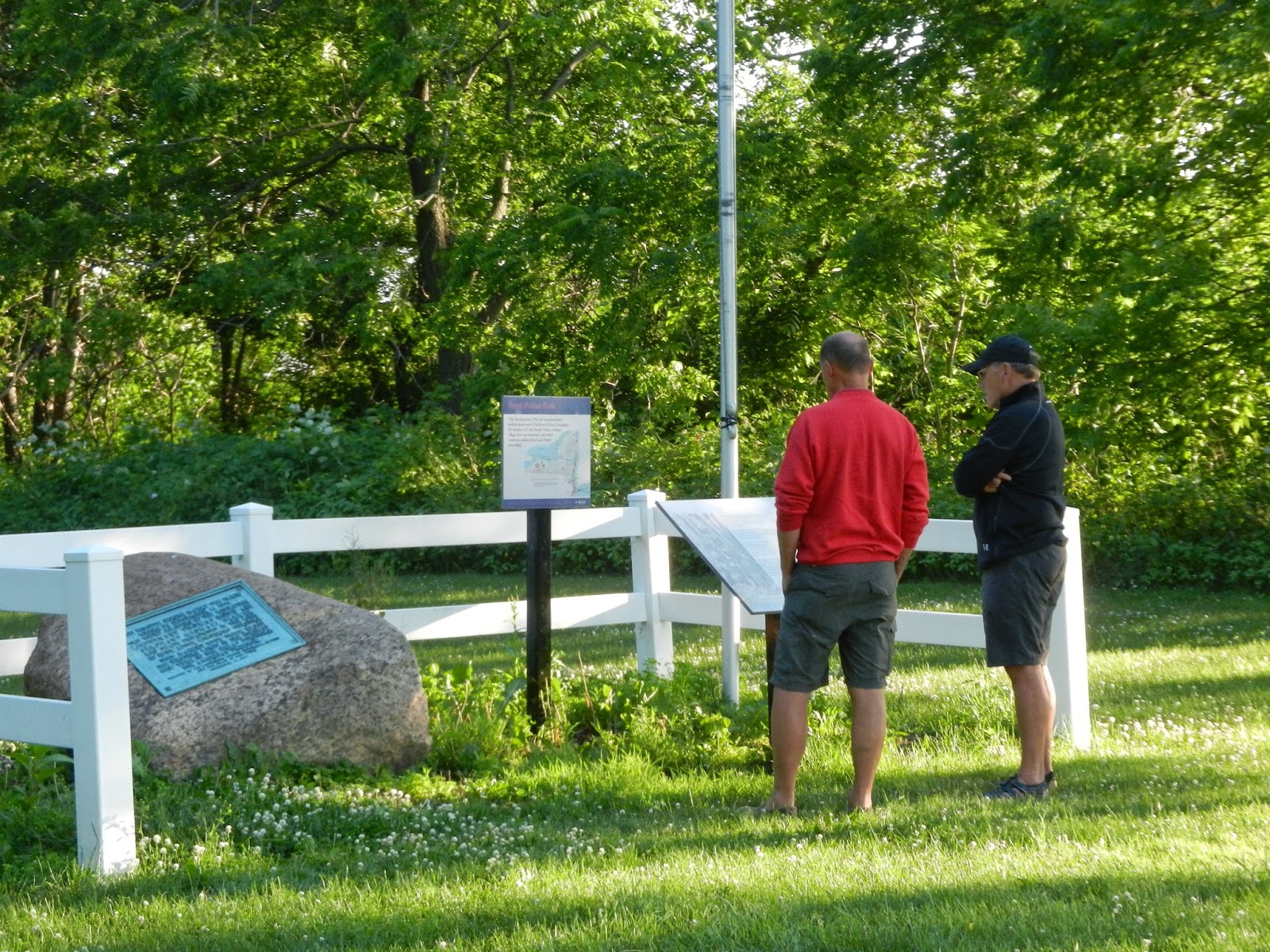 We played golf one more time, but I won't bore you with anymore pictures.   On the way home we picked up some bbq for dinner and our patient dogs and spent a pleasant few hours together at the lake.    We sit relatively quietly, as does Sasha, but Lewis is another story.   John fills their water bowl and provides a tennis ball - all Lewis really needs.    This day he had a bit of a problem.   In his effort to catch an errant throw he accidently pushed it into those d amn daylillies and it disappeared.   He tried and tried to find it himself but alas, he has no thumbs.

He even got John into the game, but no luck.   The ball was never seen again. 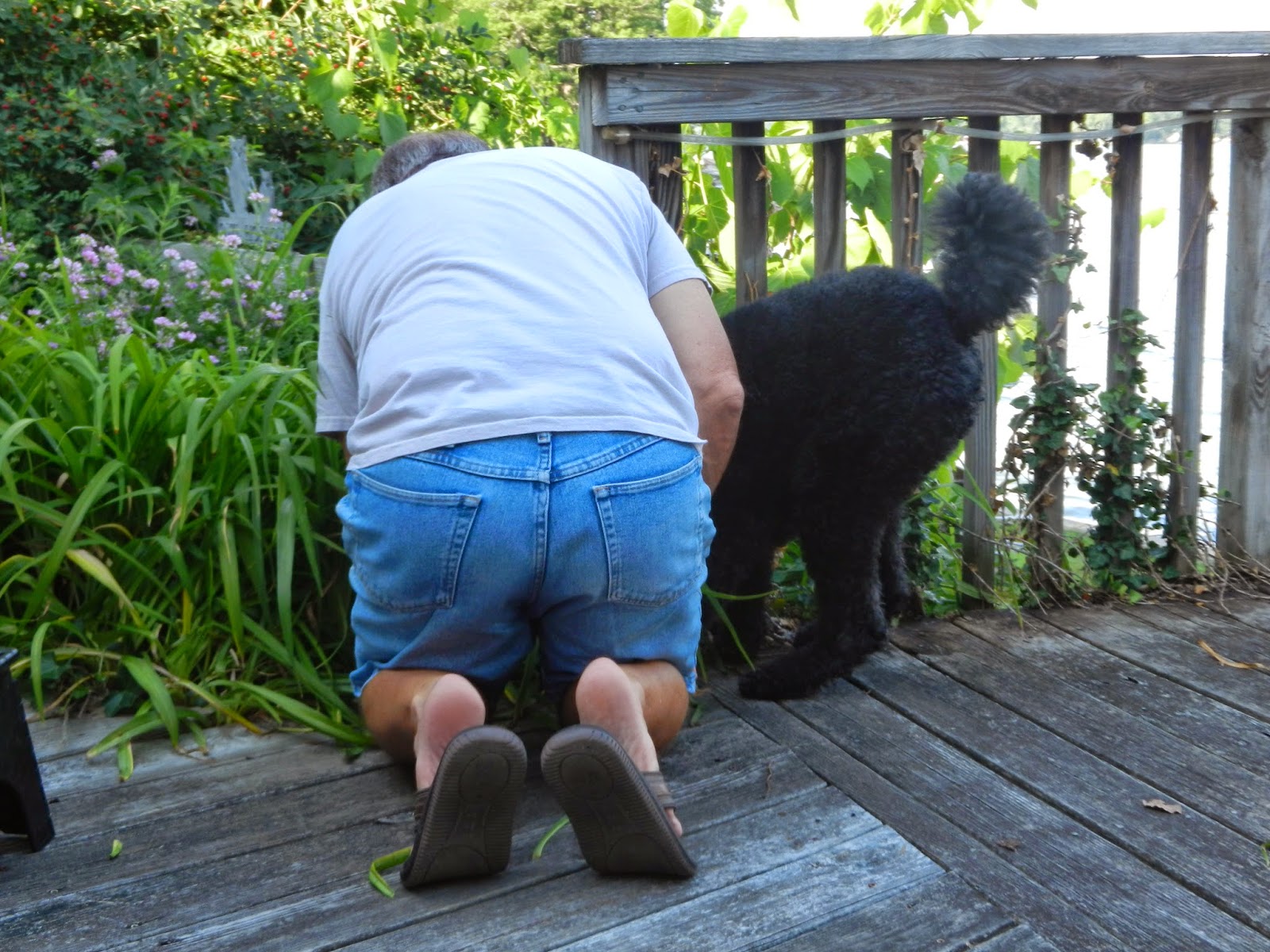