Today we were in California, Arizona and Mexico....no wonder I don't know what time it is?    It's hard enough to know where we are, much less what time it is.....don't judge me.

We earmarked today to go across the border into Los Algodones, Mexico to shop for a couple pair of spare prescription sunglasses.

We parked in a huge parking lot on the California side of the border ($6 for the day) and walked across into Los Algodones.    Across into a different world.   A world catering relentlessly to the thousands of American and Canadian senior citizens drawn to this part of the southwest by the wonderful winter weather and the inexpensive way of life. 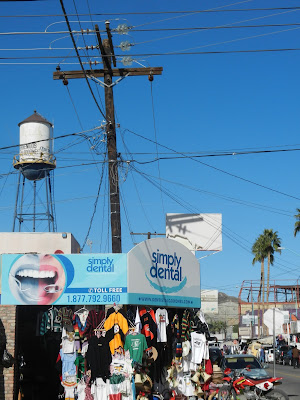 Scores of dental offices, pharmacies, and opticians are housed in the storefronts lining all the streets.   One must wade through vigorous vendors of wallets, jewelry, purses (handmade and knockoffs), belts, dolls, snack foods, etc. to access these businesses.   Everyone is pleasant and friendly, but very focused on luring you to their particular wares.

We were on the hunt for prescription, polarized sunglasses and to that end visited at least 7 shops.    We soon found that many of them are owned by the same people, use the same labs., have the same selection of designer frames, but have very different prices. 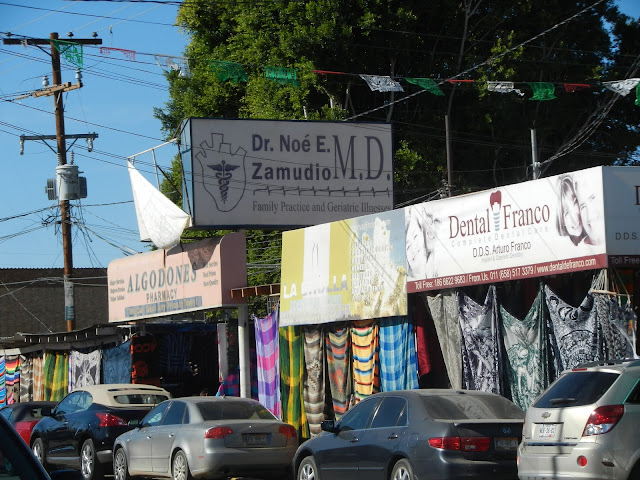 The prices we were quoted ran from high to low (haggling is expected),  but always much lower than anything we could purchase in the US.   Ultimately, however, we didn't buy.    Even though purchasing our particular glasses in Algodones would have been a great deal, we decided it was still too much to spend just before the holidays. 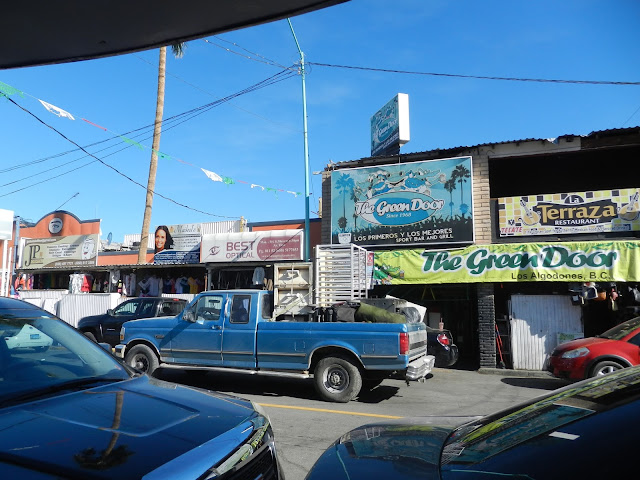 We walked around a bit more, enjoying the maze of colors and shapes of people and goods, appreciating the different styles of selling pretty much the same things, and the serious attitude folks had about their jobs, before heading back to the border crossing and home. 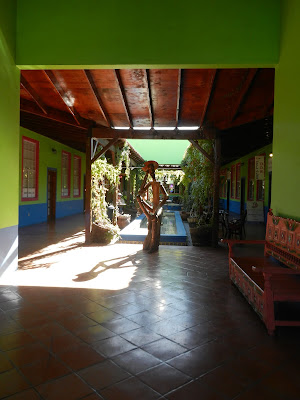 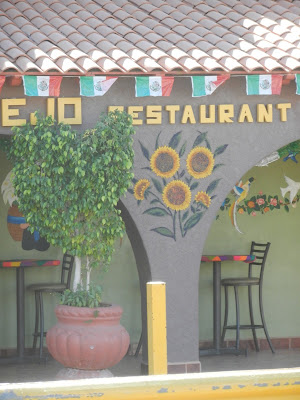 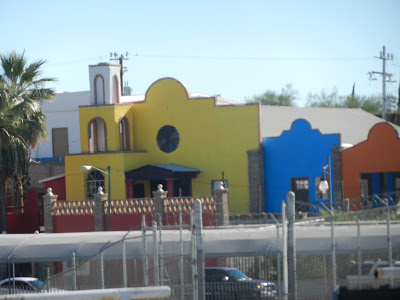 After lunch and a few errands we (I) decided to look for the Imperial Date Farm in nearby Bard, California.    The dates I bought at the tiny farm in Desert Hot Springs have turned me into an addict.   I admit it.    But, I can't find any I like as well as those, which has us searching for an acceptable substitute.

The drive to Bard took us through more fertile and beautifully fitted farm fields.     We're fascinated by them, pulling off to look at the various kinds of produce growing in perfect, hilled up rows.   We must frustrate the locals driving behind us.... 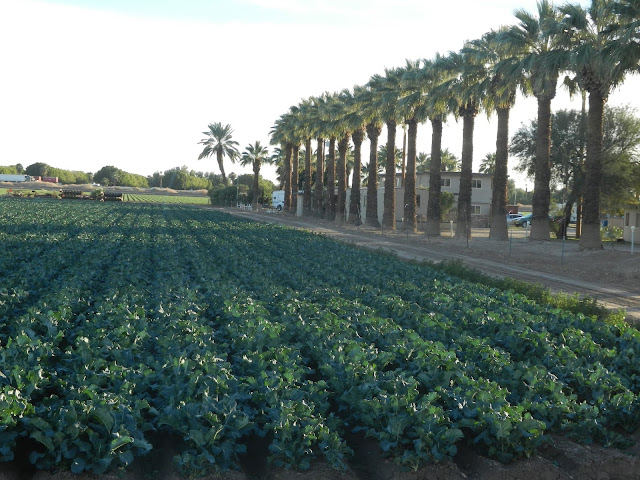 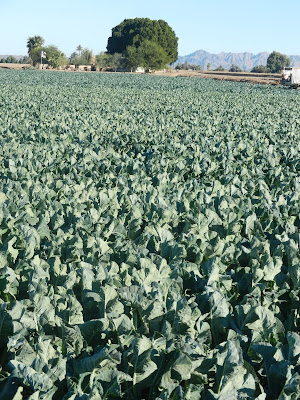 There are lots of different farm implements and trucks running the roads between the fields.    Harvesting has begun in some lettuce fields. 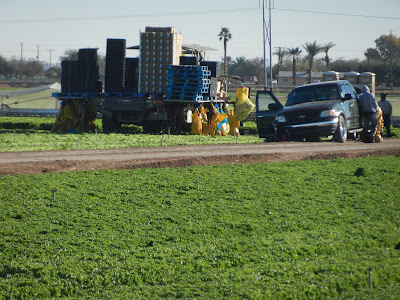 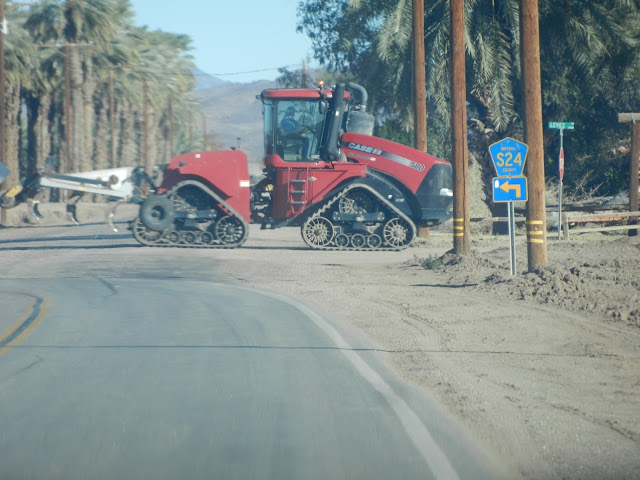 We found the Imperial Date Farm, bought some test dates and a really really good, thick date shake and continued on our exploration of the area. 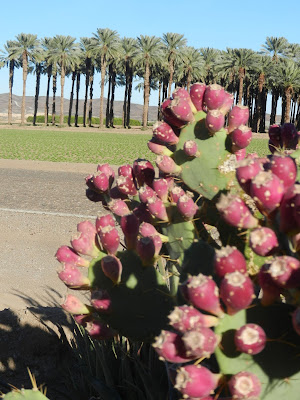 Rather than turning around and going home the same way (something Dave never likes to do) we continued on down the road.    We drove along the Colorado River in California (I think, but it may have been Arizona - my phone and my watch sometimes agreed, sometimes not....)

We saw a sign for the Imperial Dam and thought it might be interesting, but were turned away by a sign telling us that the dam has been closed to the public, recently.

We were heading further and further away from home, so we turned around and decided to call it a day.   We passed this interesting little dam (Laguna Dam) on the Yuma Reservation. 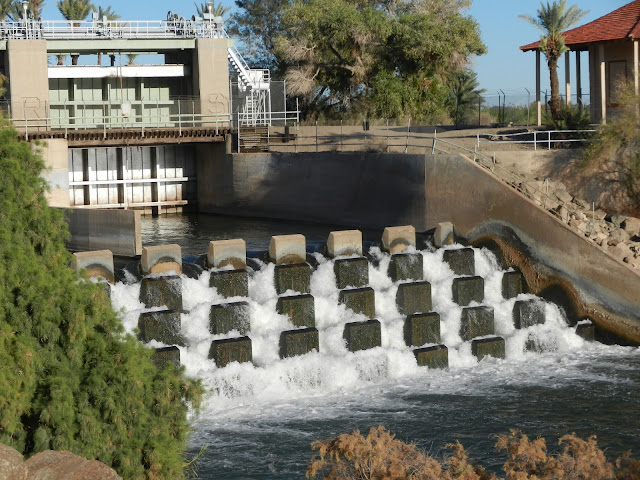 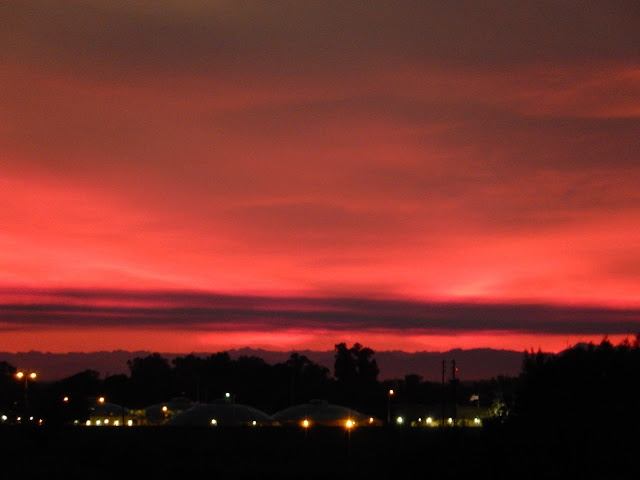 Tomorrow is our last day here, we have jobs to get done since our next couple stops will not provide us with water.....
Posted by Suzi at 9:29 PM