We drove more than 180 miles yesterday.   Salvation Mountain and the Slabs are so close, but so far. 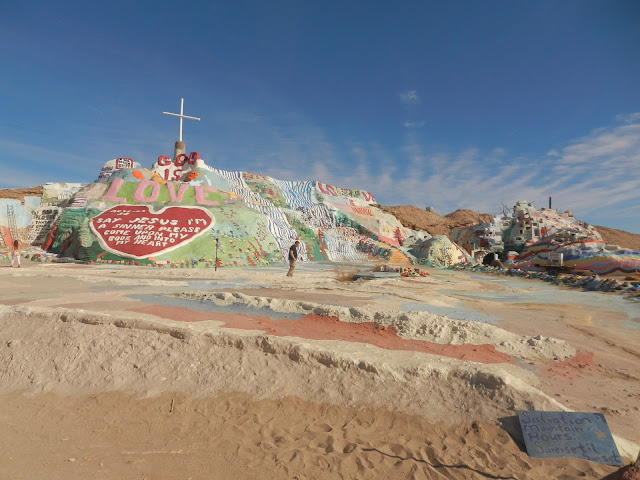 We drove south of the Salton Sea through some seriously agricultural areas in the Imperial valley near Westmorland. 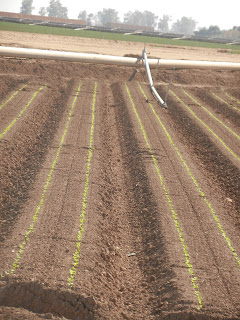 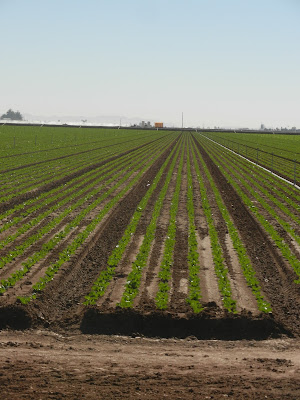 Huge fields of hay and lots of rows of leafy things that we couldn't identify at highway speeds.    Many of the fields were being flooded, attracting lots of birds. 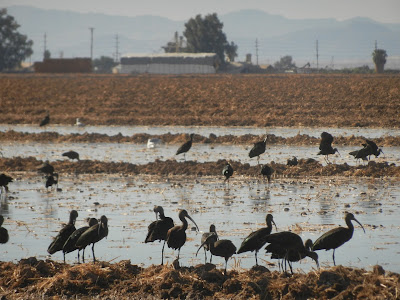 We drove through tiny, seriously depressed Niland, California and turned down its Main street heading for Salvation Mountain.   It was the vision and passion of a local man, Leonard Knight (recently deceased).     Salvation Mountain was his tribute to God with a simple and powerful message "God is Love". 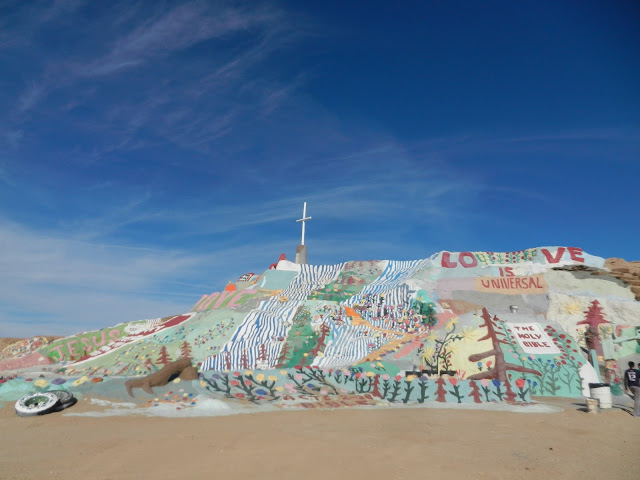 His folk art masterpiece covers the end of a hill in the Colorado Desert several miles from the shore of the Salton Sea, and at the entrance of an area called "The Slabs" (another post.....) 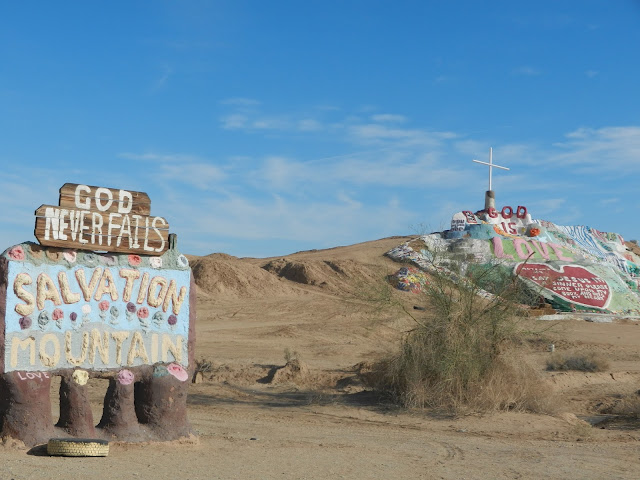 It is constructed of locally made adobe and donated paint, 50 feet high and about 150 wide.     Mr. Knight proudly greeted any and all visitors to his mountain and in his memory all are welcome to visit, crawl over and under and inside it, take photographs and enjoy his creation.   Donations of paint are gratefully accepted. 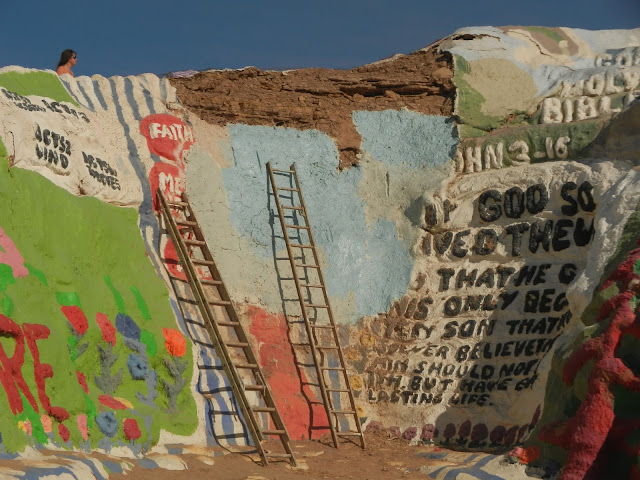 We were happy to see that someone has taken over the stewardship of this gem and is at work repairing and repainting areas where the harsh desert climate has taken its toll. 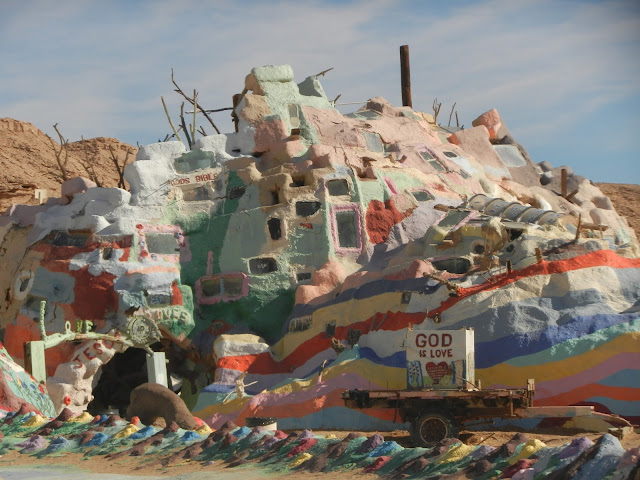 In addition to his religious themes, he has painted flowers, birds, trees, and fanciful geometric shapes in a riot of bright color.   Its hard to describe, one really needs to experience it. 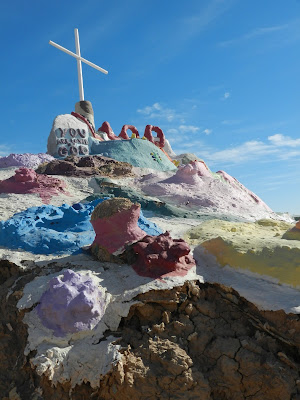 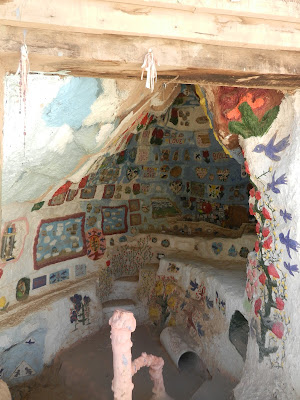 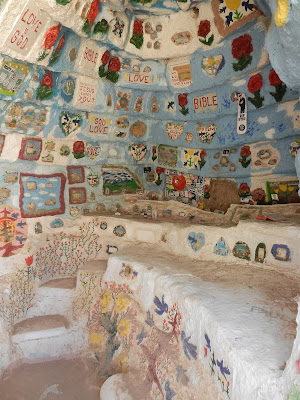 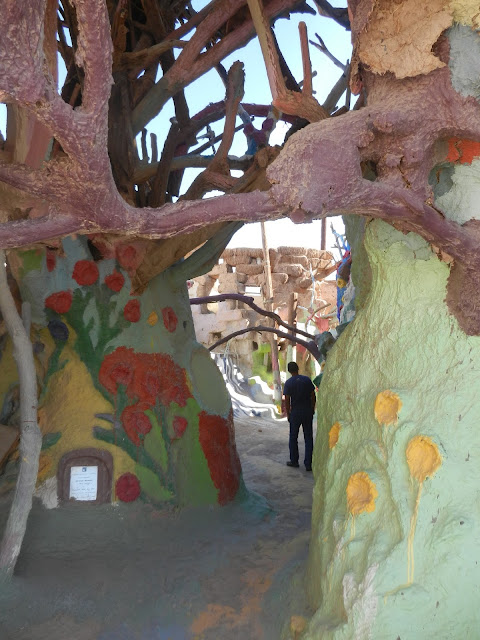 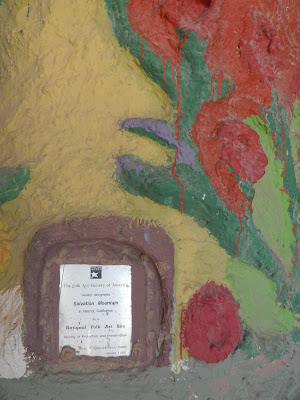 Salvation Mountain was proclaimed a "national treasure" by the Congressional
Record of the United States and the Folk Art Society of America declared it "a folk art site worthy of protection and preservation". 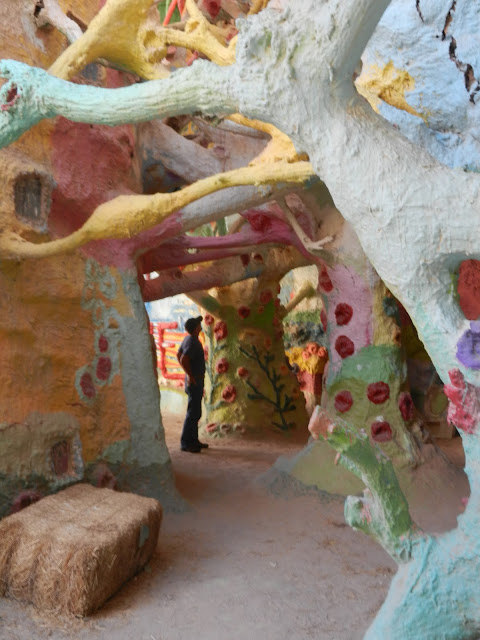 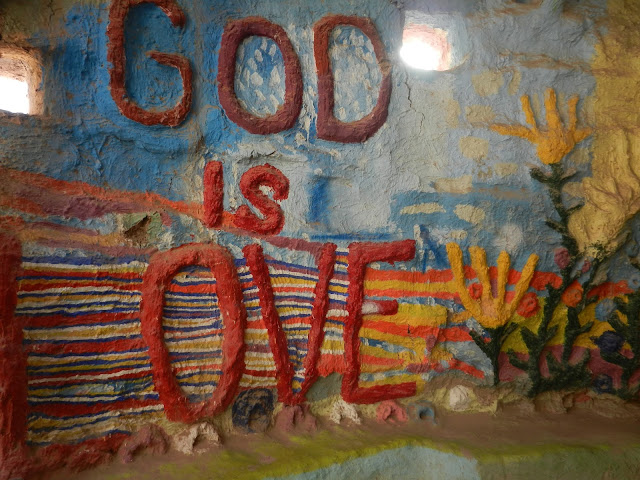 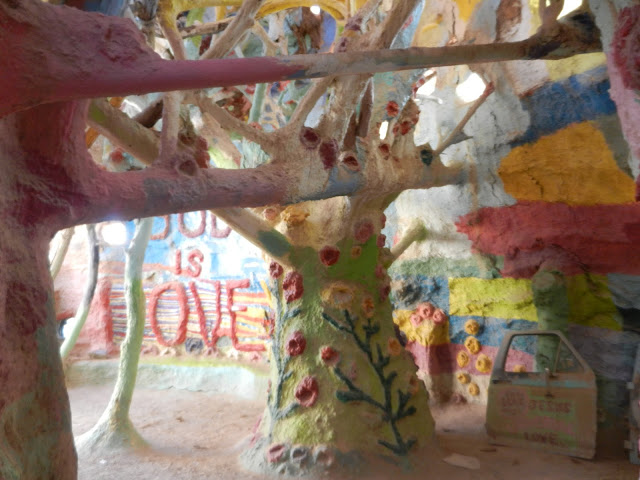 All in the middle of nowhere, in the dusty brown desert.
Posted by Suzi at 11:53 PM