We're packing up and leaving in the morning.   We'll be back, this area has too much to offer for just a week. 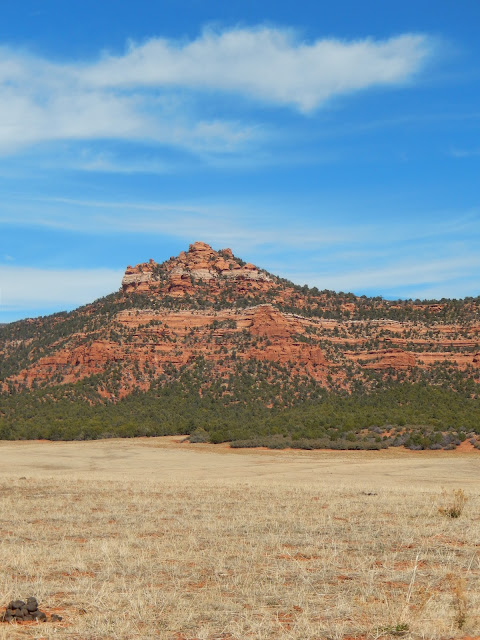 One of the first days this week as we were just wandering around, getting the lay of the land, we turned onto Mesa Road and immediately found ourselves climbing up on a one lane, semi paved road. 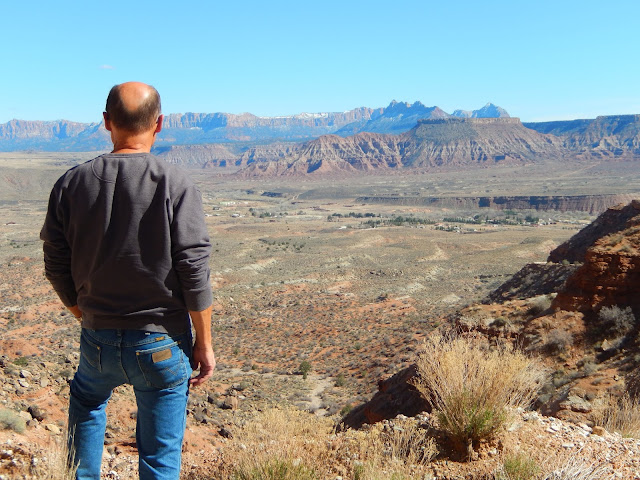 I didn't like it....didn't like it at all because it was only one lane and we were on the outside of the climb.   My side of the Jeep was on the edge and I didn't like it one bit.    I could see the road ahead of me, cut into the side of the mesa, steadily climbing.     I "politely requested" a turn around at the next wide spot and Dave wisely agreed to my suggestion. 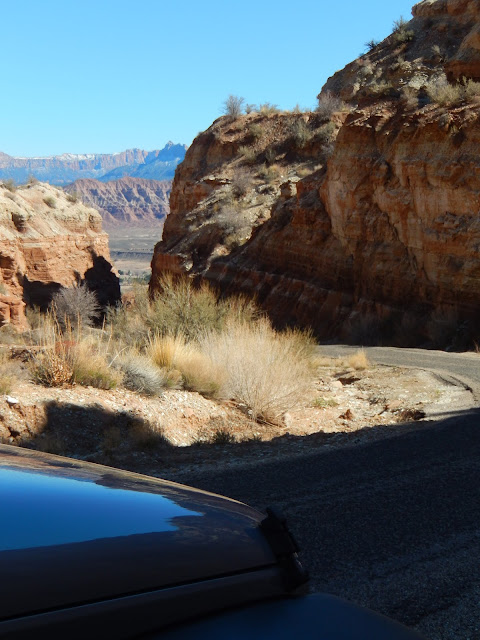 When we got home I spent some time on google earth where I found the other end of Mesa Road, called Smith Mesa Road.   A few days ago we headed out to drive the entire top of Smith Mesa and come down that scary road on the inside this time!

Smith Mesa Road turned off Kolob Terrace Road after most of the climbing had been done on that nice, wide, paved road so we (read - I) could relax and enjoy the views.      It was a long long road on the mostly flat mesa top.     We were high but it almost didn't feel that way.   We drove along on a red dirt road through fields of platinum grasses and pines.    In the distance were more red rock formations and, sometimes, the Pine mountains. 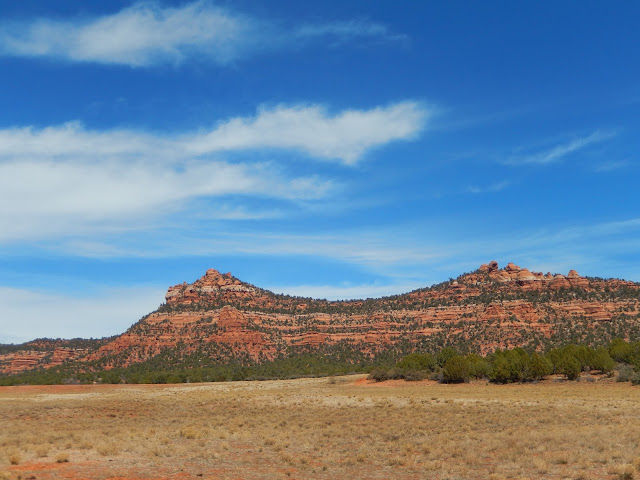 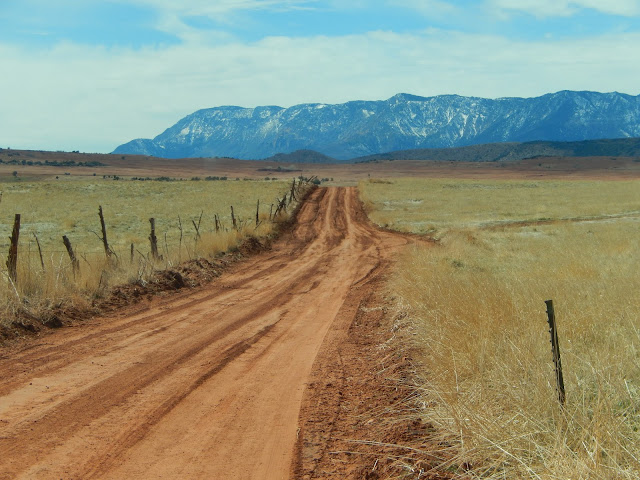 In places the road was very wet and rutted with water standing in some of the deeper tracks.      With no map, cell coverage and only a rudimentary idea of where we were going we made a few miscalculations.

At one point we made a turn onto what a small sign said was Mesa Road (that's the name of the scary road we were eventually looking for).   Hmmmm.   It didn't look right.    It felt like we were off course, were driving on a tractor path in a cow pasture not the muddy but wide and obviously traveled "road" we had been using.

When the tracks finally petered out to nothing, we realized our mistake and turned around.    Backtracking eventually led us right and we continued along without further detour.


To make an already long story short, we made our descent via Mesa Road, on the inside this time.    The views were beautiful, and we made it to the bottom without incident. 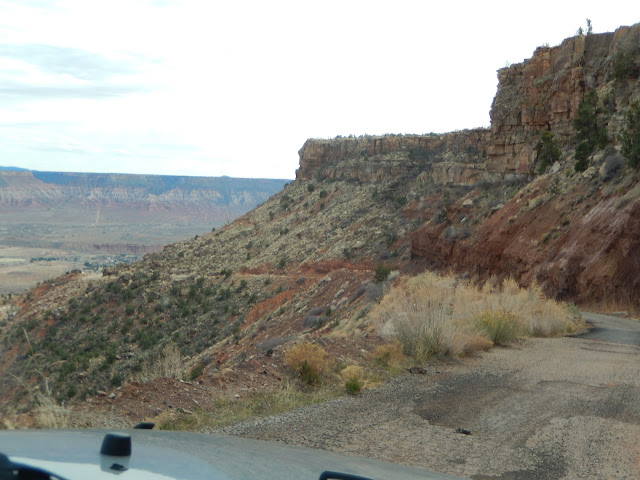 On our last day we drove about 40 north on I-15 to see the Kolob Canyons section of Zion National Park.   As I said before, my knee is being obnoxious so I'm limiting myself to short, flat walks and I heard that we could experience this spectacular part of the park via a 5 mile scenic drive. 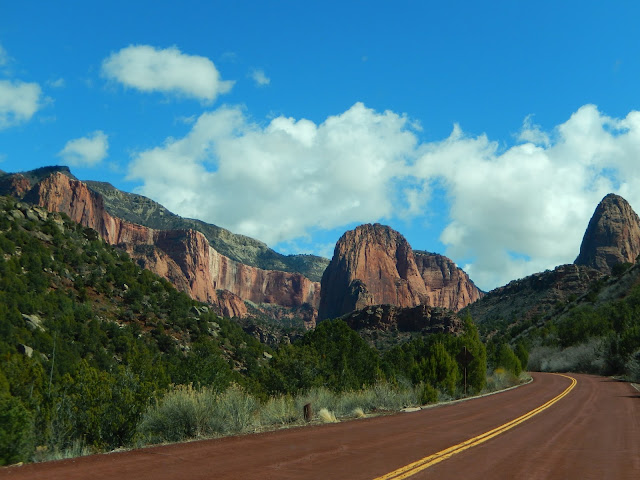 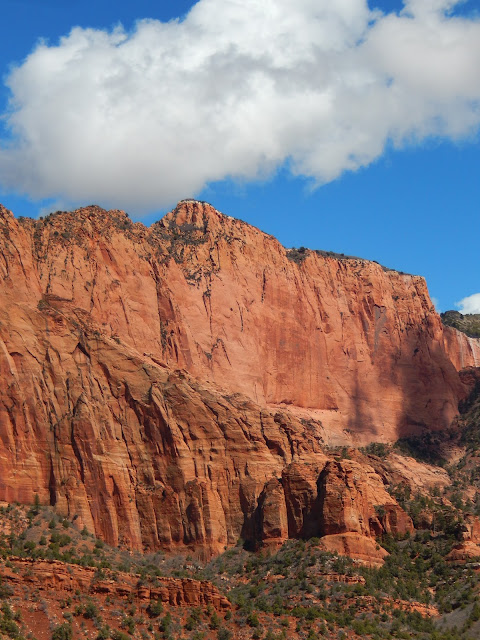 There were many spots to pull off and drool over the scenery but there were very few people around to do so.    This seems to be a less visited part of the Park.   It is scheduled to close for repaving in the next week or so - we were glad to be able to see it while we were here. 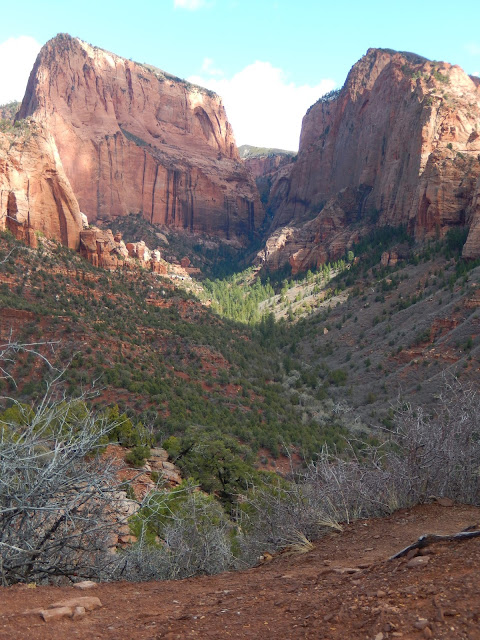 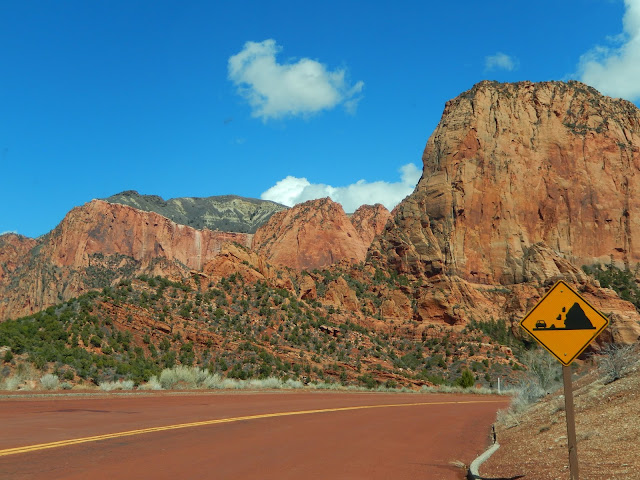 I hope you're not tired of seeing pictures of rocks and mountains and rivers because tomorrow we move to Lake Powell for more of the same!

One last rock formation for you.    I see it right outside my dining table window.