Friday we joined friends Pam and John, and Jodee and Bill to follow Steve and Joan on an adventure into the desert near the Hoover Dam.


The Kingman Wash Road was a rocky, dirt track that followed a narrow spine affording spectacular views of mountains and lake. 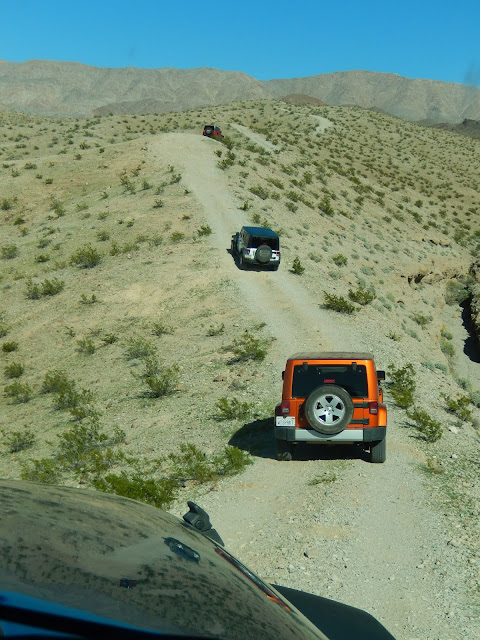 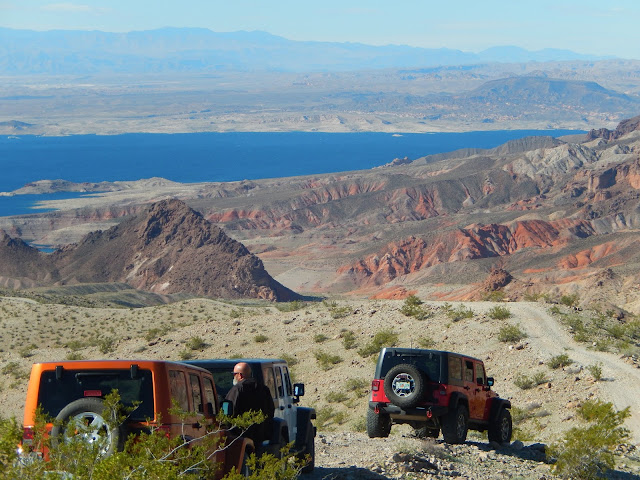 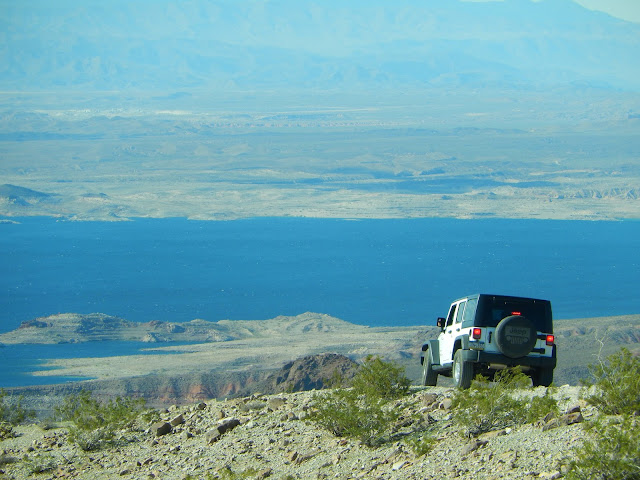 We ended up at a little cove on the shores of Lake Mead.   There were a couple people boondocking there but no one else was around. 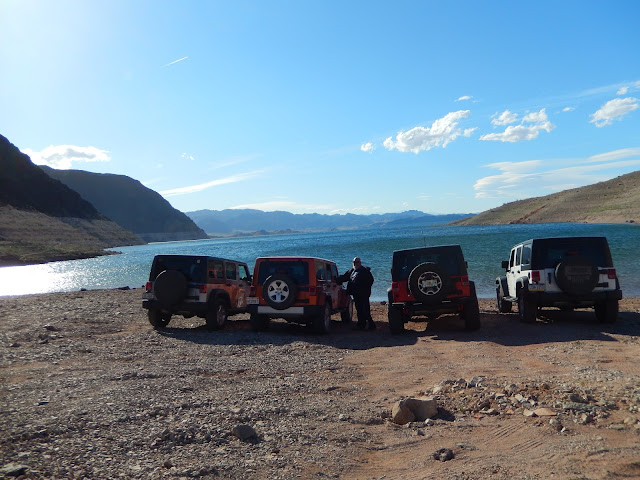 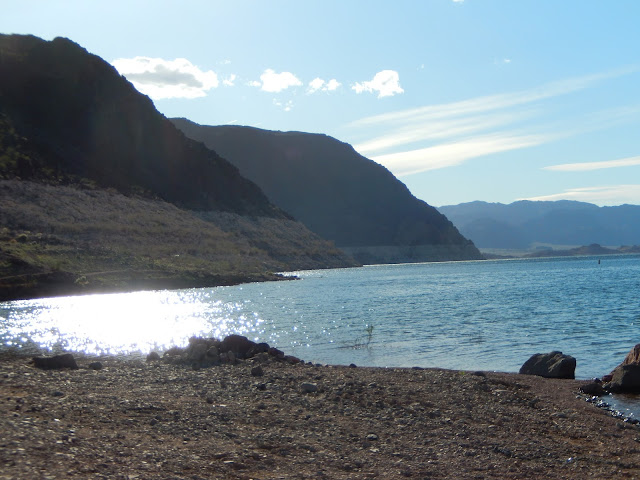 The wind was really kicking up so we didn't stay long before heading home on a slightly different route.   The views were just as amazing. 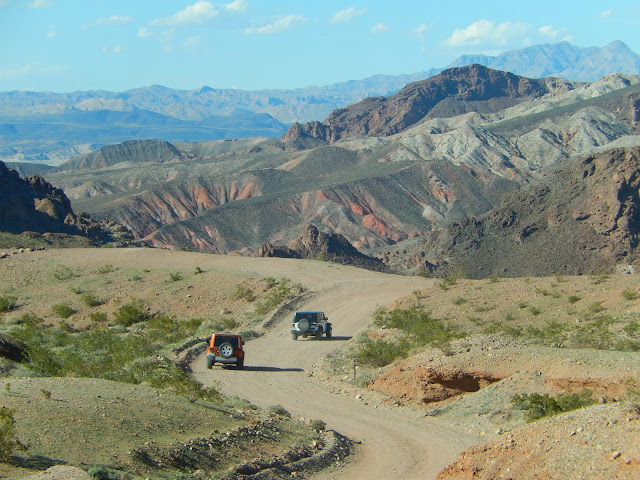 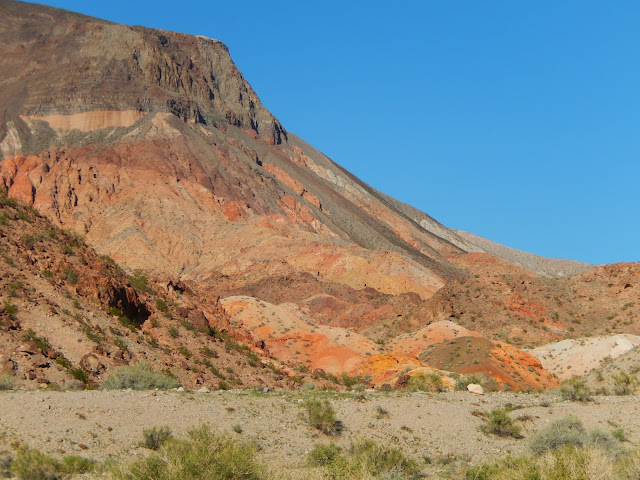 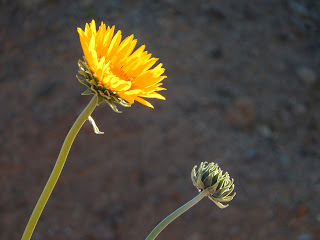 We enjoyed a good dinner together before saying good-bye to Steve and Joan.

Saturday evening we joined Jodee and Bill for Happy Hour at their motor home before packing up and heading out on Sunday morning.

We chose to drive around Lake Mead and through the Lake Mead National Recreation area on our way to our next stop at Sand Hollow State Park in Hurricane, Utah.   That route is always scenic, but the views from Beluga's passenger seat and the lack of traffic made this a very enjoyable 160 + miles. 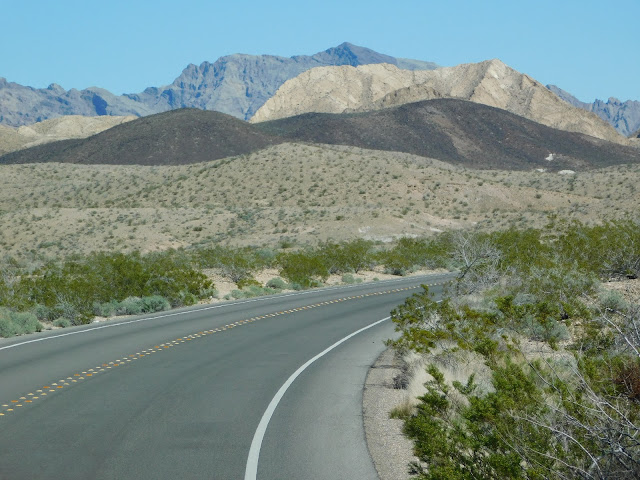 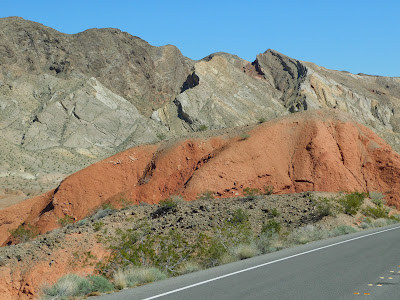 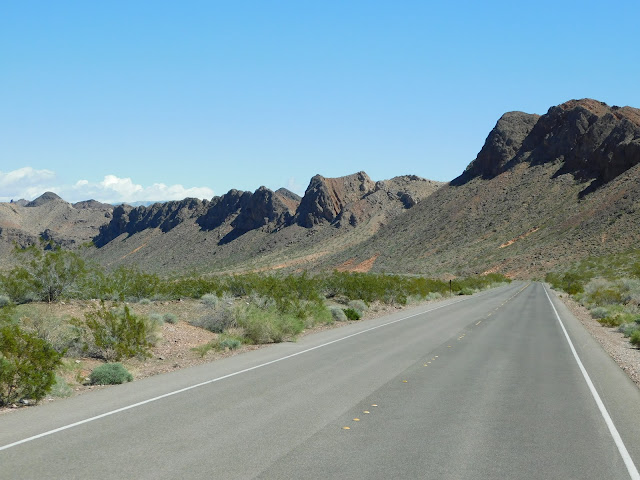 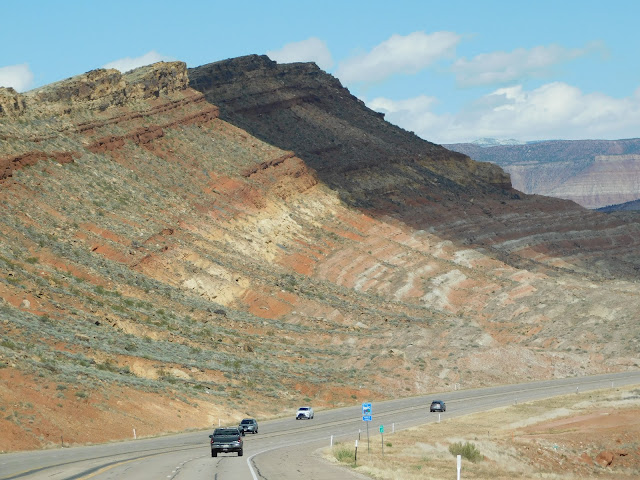 Sand Hollow State Park is a new park to us.   Pam and John have been here before and knew we'd love it as much as they do.     They're right!


They came over to share our Guinness Stew on Sunday night.   Lewis was so very happy they were here.   He sat quietly while we ate, although his eyes were boring holes into Pam the entire time. 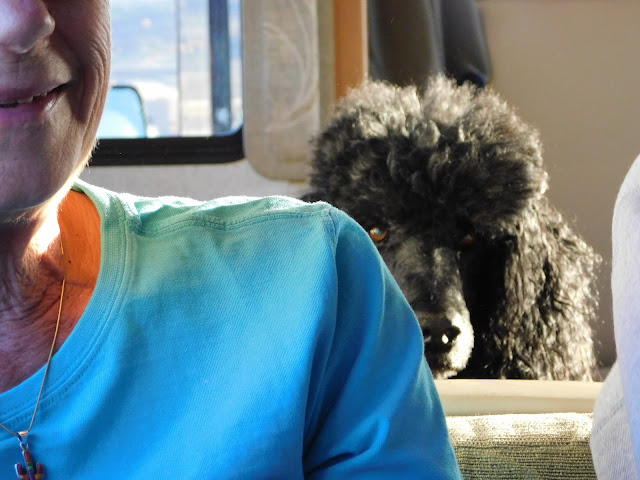 As soon as the last fork was put down, however, he sprang into action.   Kisses, kisses, kisses for dessert! 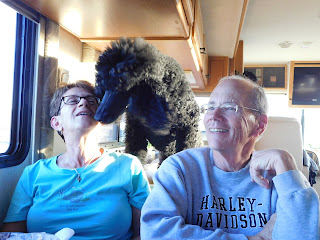 He is going to miss them when they aren't just outside his window.   He reacts to either of their names or to Pam's personalized text message tone by hoping onto the front seat and staring at the door, waiting for one of them to appear.  If he had thumbs, he'd open the door! 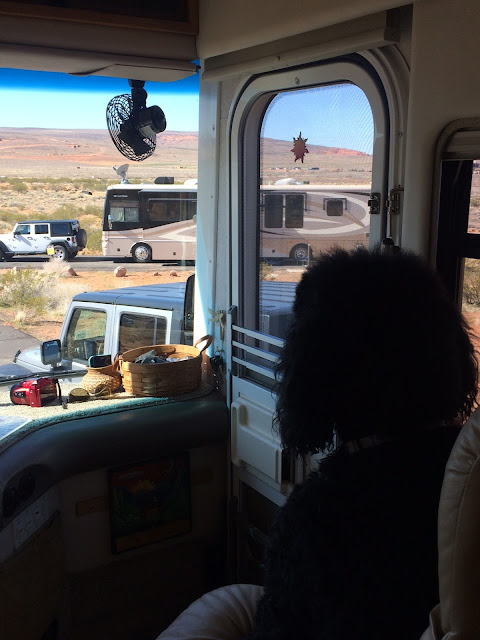 I'll close for now.   We're enjoying our time here, exploring the area and getting the lay of the land.   I already know that a week won't be enough! 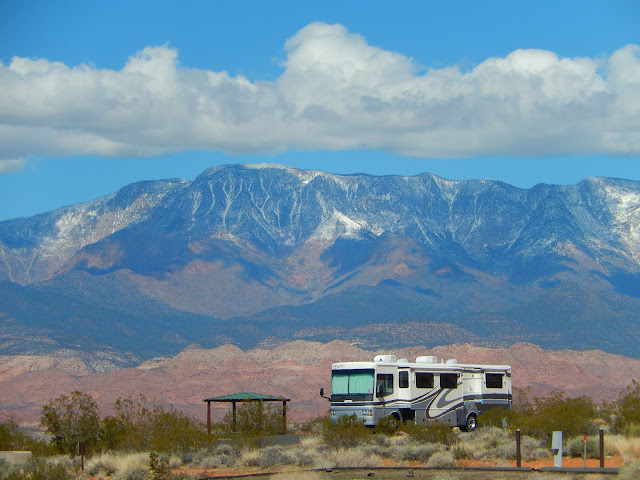