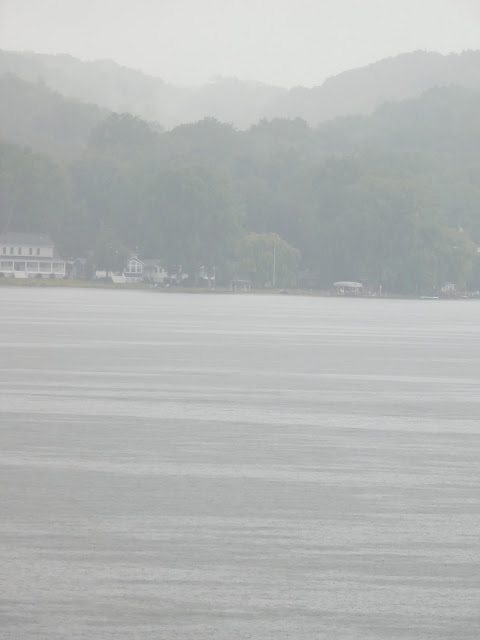 It's raining - raining straight down, all day long.  This is probably a good thing because we need it, our grass is starting to look like it does mid-August, and  I haven't stayed inside to do a blog....or do laundry.    So guess what I'm doing today?

Once again we've been busy but not with anything extremely exciting.   Nothing new and beautiful and unexpected or awe inspiring like when we're on the road.  Most of our time is pleasant and we're content.    Doctor's appointments are clicking buy without anything unexpected - a good thing. 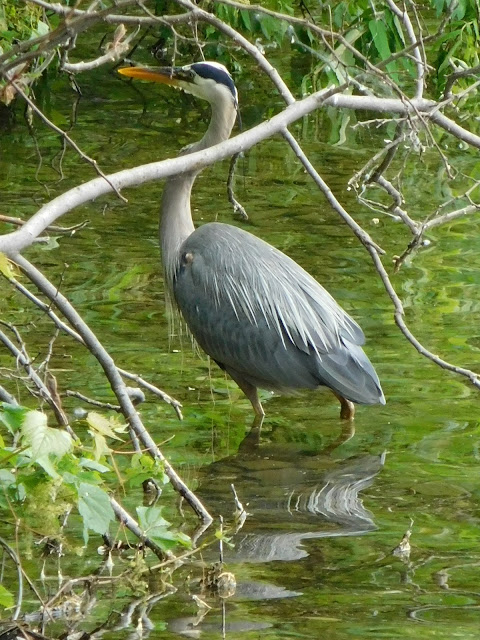 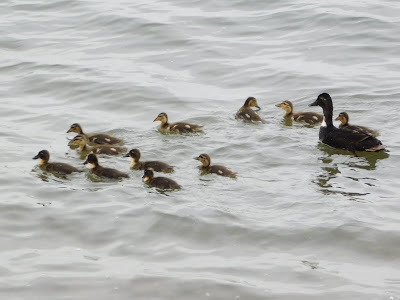 On Father's Day we had old friends Cindy and Norm over for dinner.   Their daughter lives in Virginia and Jesse is in Denver so both father's were without child that day.   It was very very hot but we had a nice time, drank chilled Rose, ate and talked and enjoyed a cheery evening fire in the chimmanea.   I took no pictures of our visit or of dinner.   But.....I did manage to take a picture of Dave's  Father's Day lunch - a special request.

Beluga is back home again.   She had a rather expensive physical and is now sporting a new turbo charger and exhaust manifold.  She also had a complete valve adjustment, a NYS inspection, new belts, oil change and analysis,  transmission fluid and filter service, and her shift sequence was reprogrammed.
She was pronounced ready to go another 100,000 miles!    Now the question is, will we?

She arrived home just in time.   My (actually, our) friend Judi came for a few day's visit and Beluga is her guest suite.    We had dinner at our favorite restaurant, the Rabbit Room, one night and cooked home the next evening.

Beluga has a new (and by "new" I mean "old" but don't tell her) friend beside her in the driveway.


A boat!    We call her Mrs. Rinker and she came to us from just down the road.   Her owner's no longer wanted her, they had a new party boat to enjoy so they let us have her for a relatively nominal fee.    She's rather an old girl and needs some TLC and freshening before she moves to her new home alongside our dock. 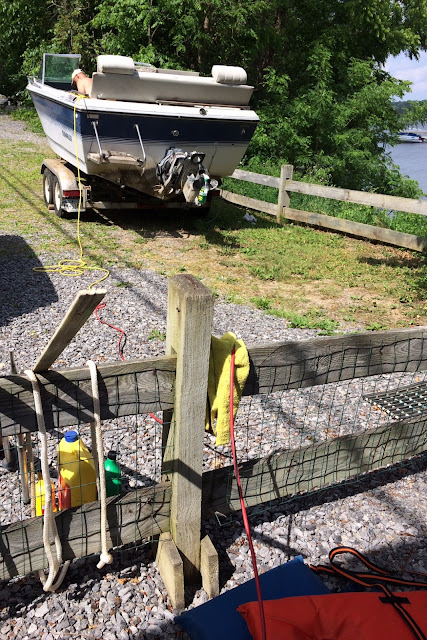 Dave has been cleaning her carpets (she endured years of scattered mothballs in an effort to repel the inevitable winter mouse invasion), reinforcing her seat bottoms (she's embarrassed by this, so don't mention it to her), cleaning and polishing, tuning her engine (she sputters a bit) and getting her a spanking new cover to keep her dry and warm in the rain.     He's also been sanding her very nasty and neglected teak trim pieces.   They may be beyond his help, but we won't tell her. 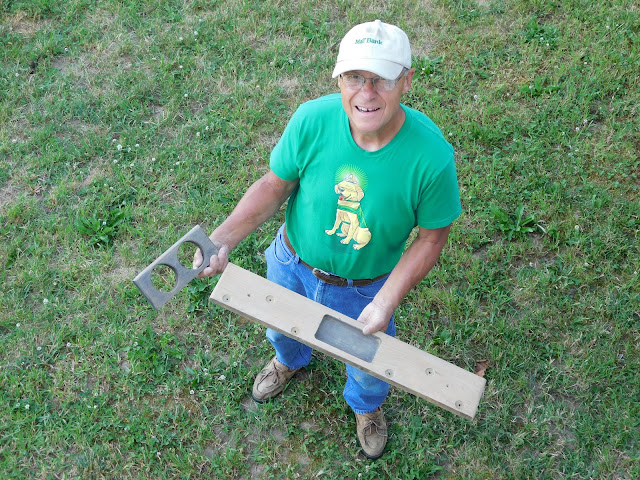 She came to us just as we had firmly decided against looking for a boat.
We'd been going back and forth about it for awhile.      When we sold the farm and went on the road we sold our boat, boat hoist, sailboat, and canoe - we wouldn't need them in Beluga and they were just more things to store.
But, now that we've come back to the area for summer, we've both been missing being able to get out on the water.

We were sitting out on the dock, enjoying second cup together, dangling our feet in the water when we made the final decision NOT to look for a boat.   It wasn't in the budget....Beluga had just cost us about $7000 and we do have to eat for the rest of the summer! 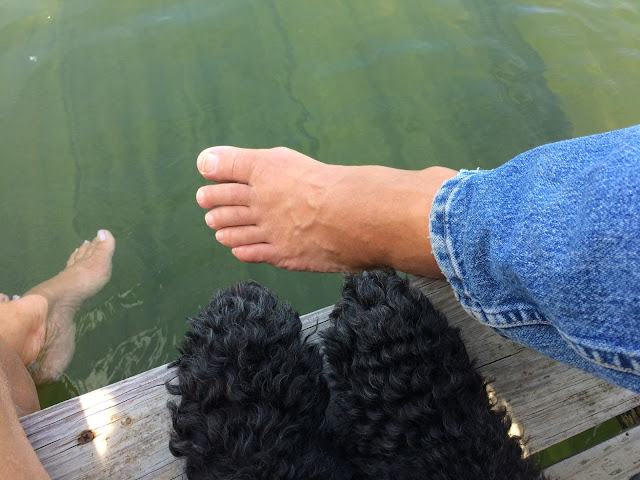 Ah well, best laid plans.   Life is to short we said.    We really want a simple boat and why shouldn't we have it!    Mrs. Rinker was really cheap, boat, motor and trailer....she was just down the street.....if we don't come back to the lake next summer we won't feel bad leaving her there, she was (shhhhh) cheap.
So that very afternoon we dragged her home.      Dave is enjoying his project, he's out there in the rain as we speak!

Last week our friend JoAnn's daughter and husband, came for lunch and a little lake fun.   JoAnn was also to join us but she felt ill at the last minute so it was just the four of us.

That's about it from us.   I can't believe it's almost the 4th of July already.   We're looking forward to our annual Ring of Fire party on the 3rd, our visit from Pam and John later that week and the Pond's arrival for a week in August.   The summer is flying by. 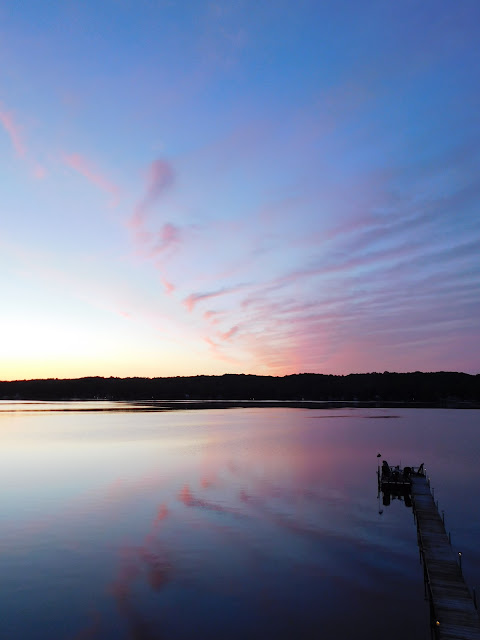