A fish story and a parade

He went out kayaking this afternoon and came back very excited.    He told me that he was very close to home when he looked to the side and saw a large fish coming right at him.   No, not a whale or a shark, but a large fish.   As he watched, it jumped in the air, hit him in the head (knocking his hat off) and continued over the kayak and back into the water!   Neighbors sitting on their balcony saw and cheered....

If you know Dave, you know he likes to joke around and is quite good at pulling your leg with a very straight face.    But....I smelled his hat when he wasn't looking and I think he was telling the truth.   It stinks of fish and is now relegated to the basement. 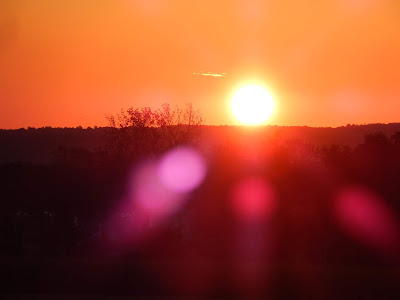 This morning I was up and dressed before the sun!    This never happens, ever.

We live in a special area.  The village of Geneseo is a designated  National Historic Landmark with many large and beautiful old homes.   It is the County Seat for the government of Livingston County and home to the nationally renowned State University of New York at Geneseo.    The surrounding area is split by the Genesee River and the fertile flats along it's banks are home to many farms.   Pretty Conesus Lake is just a couple miles from the center of the Village.     The "valley" as most people here call say is home to acres and acres of open land dotted with huge old oak trees and criss- crossed with scenic dirt roads.     The land is open, for the most part, because it has been owned by one old family (the Wadsworths)for a few hundred years.    Their passion was and is the old world sport of fox hunting. 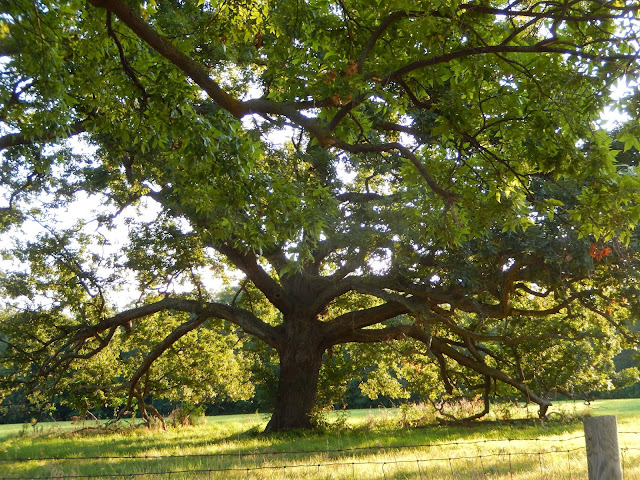 Before you say anything....I admit to to being a hypocrite on the subject of fox hunting.   I am not a hunter, I'll say no more on that subject.    I do like to watch the hounds work, the horses jump and run (sometimes in control, sometimes with a gleeful sparkle in their eye as they dump their rider in the mud.....) the tradition and pageantry of it all.       The sight of 60 or more horses and riders thundering through the beautiful scenery following a pack of foxhounds that are"singing" at the top of their considerable lungs is thrilling.    Fox are rarely caught, they are much smarter than those big noisy hounds and often seem to enjoy leading them over hill and dale only to disappear into a barn or into their den under a fallen oak.

So, the reason for my getting up and out so early was the 143rd annual Genesee Valley Hunt Parade.   This hunt is the second oldest in the United States and has over 100 members between the ages of 8 and 80.     The mounted group met at one end of Main Street at the historic Homestead House and paraded down it's length to the family's other historic home, Hartford House.   Once all were assembled at Hartford House the opening of the 2019 season began. 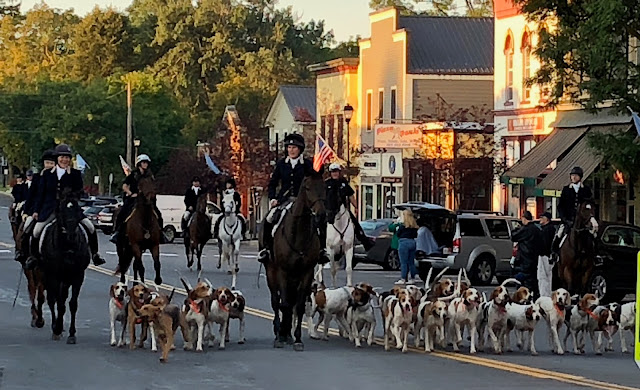 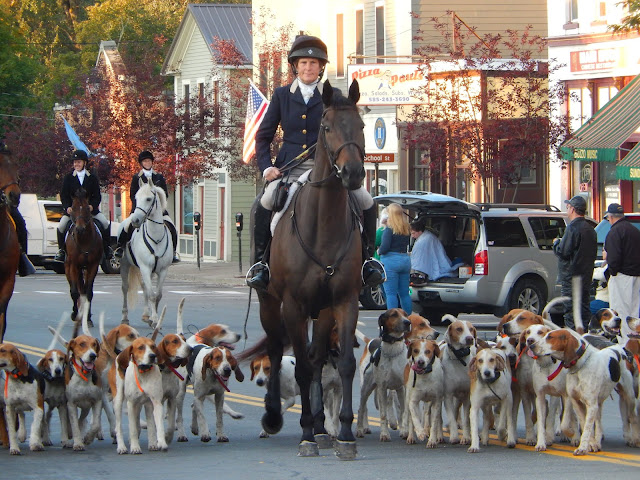 We've been doing a bit more socializing as our time winds down (dinner with Barb, lunch with JoAnn).     So busy talking that I forgot to take a picture!

I'm getting the hang of the new laptop and, with a few exceptions, I'm happy!