We drove through Ohio and into Pennsylvania on the Ohio/Pennsylvania Turnpikes.   When traveling from Michigan to just southeast of Pittsburgh, the Turnpikes are the most direct routes.    It's the first time we've driven Beluga on these toll roads and it will definitely be our last.      That drive cost us $83.25!     I'm not sure where the toll profits go because the roads were not in great shape.   Lesson learned. 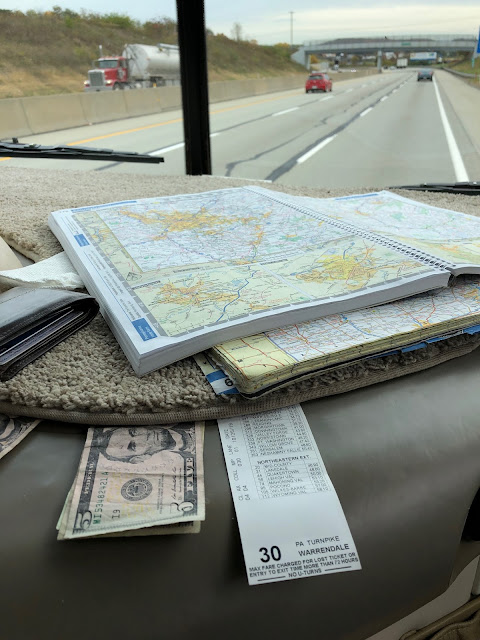 Tonight is our last night at a very nice campground near Somerset, Pennsylvania.    We have a lovely end site on a hill overlooking a tree lined pond.    Hickory Hollow Campground closes for the season in two days so there are few people here anymore.    Perfect for us.    Tomorrow we leave Pennsylvania and move to Harper's Ferry to visit with an old friend and do a little research.


We're here because this location will allow us to visit three places we've wanted to visit but always seem to miss.  Frank Lloyd Wright's two homes, Fallingwater and Kentuck Knob and the Flight 93 Memorial near Shanksville.

Kentuck Knob was our first stop.    It is a small, one story Usonian house, a signature design of FLW that was meant to be affordable for most Americans.     There was no photography allowed inside but we were allowed to take pictures on the grounds outside. 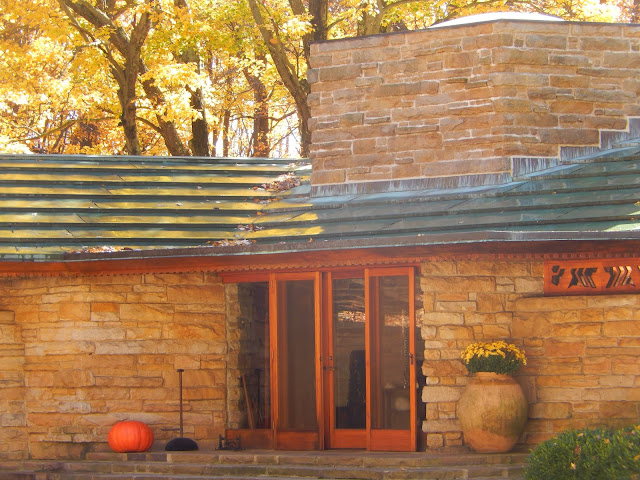 The home is built of local sandstone, tidewater red cypress and glass, capped by a copper roof.    Part of the structure is nestled into the surrounding landscape. 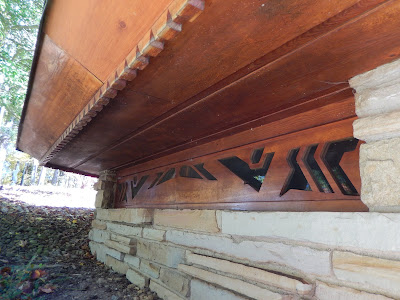 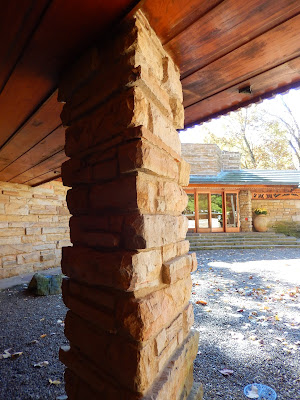 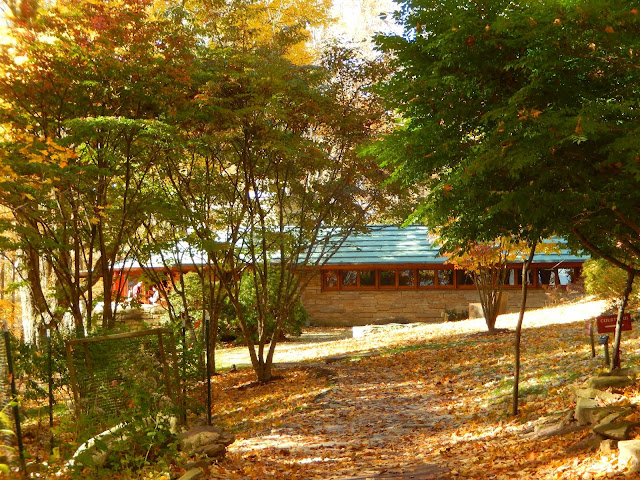 The grounds are naturally landscaped and peaceful.   Paths lead through the trees to open on expansive views. 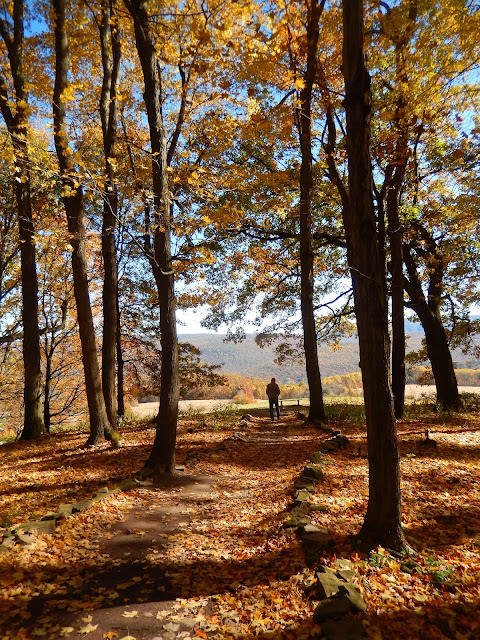 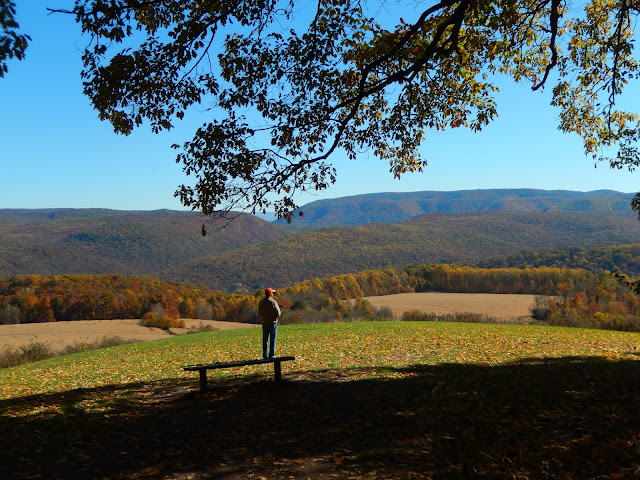 The current owners have integrated their collection of large sculptures into the surrounding woods.

Next stop was the famous Fallingwater.    We arrived early for our 2 p.m. tour so we used the time to enjoy lunch outside at their nice cafe in the interesting visitor center complex.


Our tour had only 6 people instead of the usual 12 or 14 so we all enjoyed a more intimate experience.     Once again, no photography inside.


Our first glimpse of the house came as we walked over a small bridge spanning Bear Run. 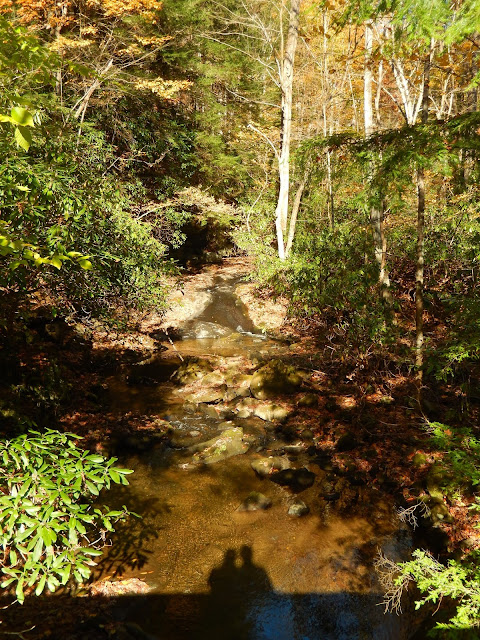 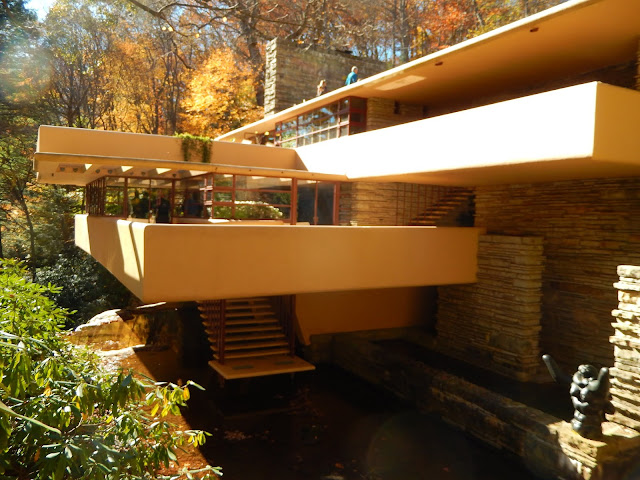 The home cascades down from the hillside to mimic the beautiful waterfalls it is cantilevered over.  It was built in 1938 as a summer home for the Kaufmann's, (Kaufmann's Department Store in nearby Pittsburgh).   Fallingwater is considered one of Wright's most beautiful designs and was designated a National Historic Landmark in 1966. 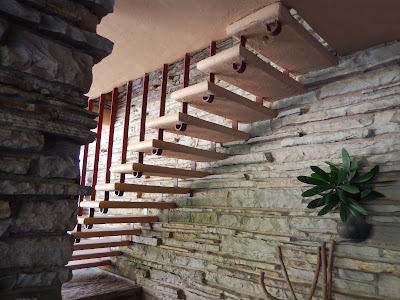 While it's spectacular cantilevered balconies have been plagued by problems resulting from it's location on a hillside, over a running body of water and not being sufficiently reinforced,  they have been permanently fixed leaving Fallingwater's interior and exterior appearance unchanged. 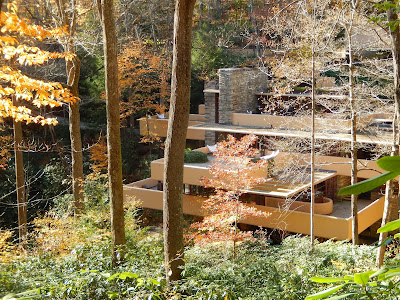 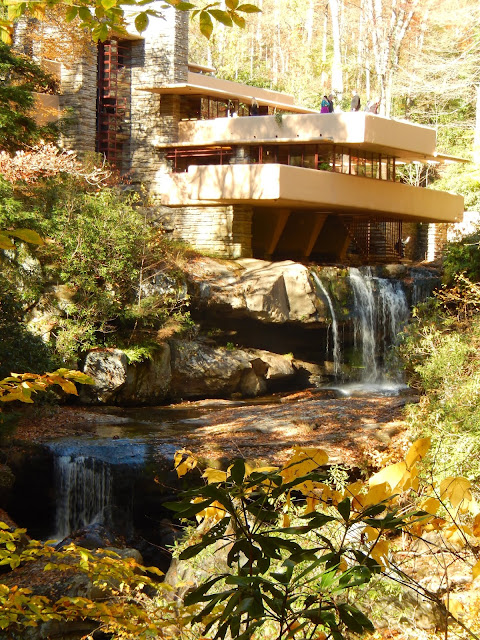 This morning we left Beluga in heavy fog.   Driving through the mountains we would move in and out of the heavy, white blanket. 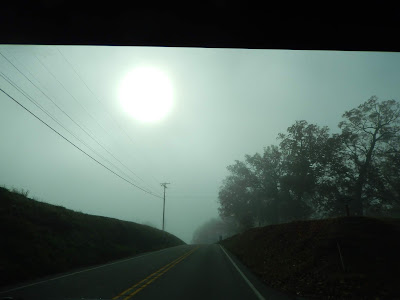 We drove over two narrow covered bridges on our way to Shanksville. 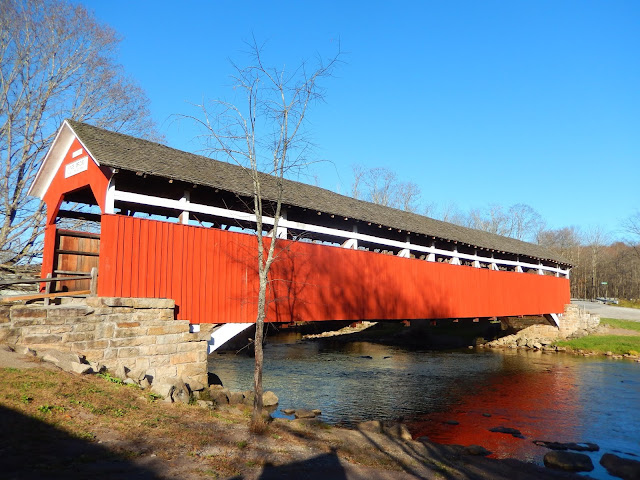 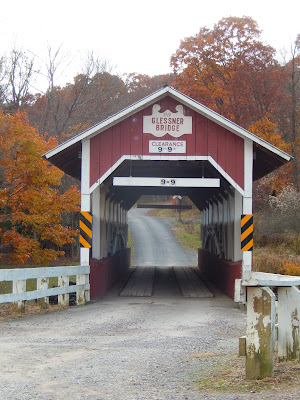 Our destination was the Flight 93 Memorial. 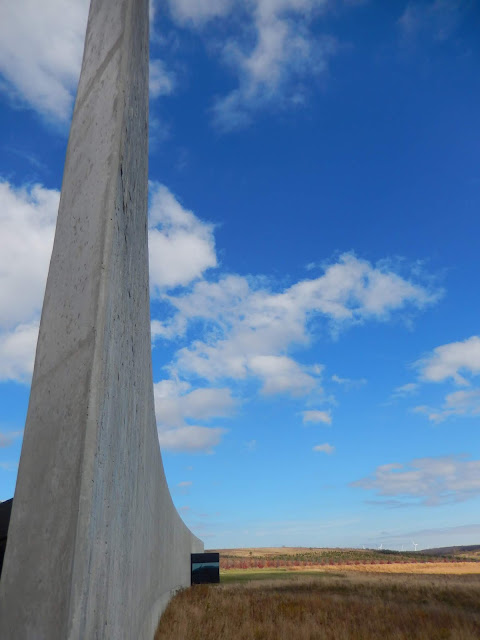 We walked through the Visitor's Center, reading, looking, watching news clips and avoiding listening to the last phone calls. 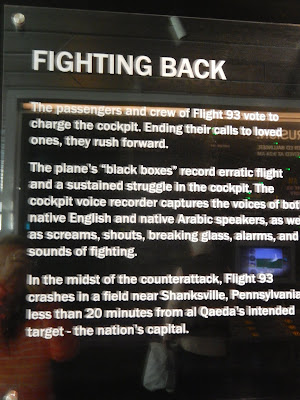 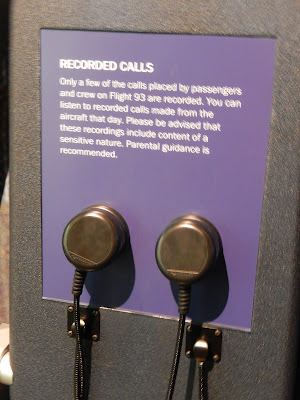 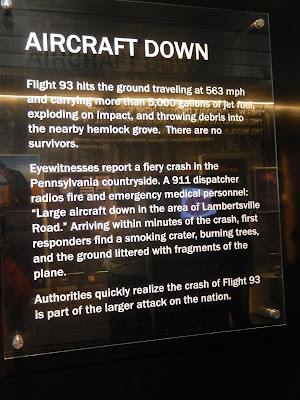 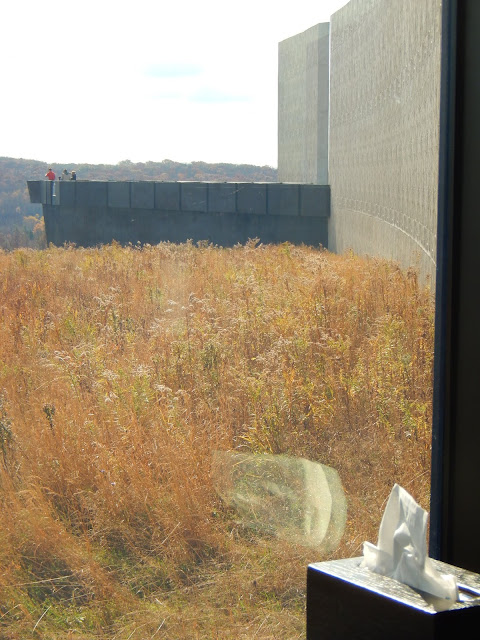 It was all so very emotional.   Even the small black box of tissue sitting on the windowsill.

Outside we quietly walked down the long black path that was the final flight path of Flight 93, ending in impact at 563 mph. 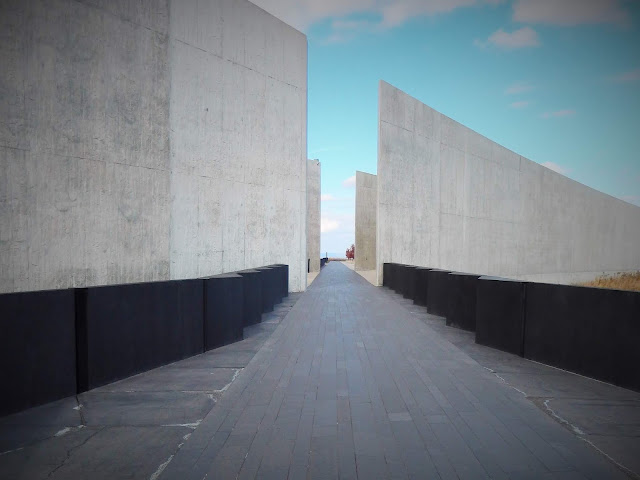 Below we walked along the white marble Wall of Names and came to the Gate.   Beyond the gate is  the final resting place of 40 American heroes.  Only family of the 40 are allowed past this point.   A large boulder marks the point of impact. 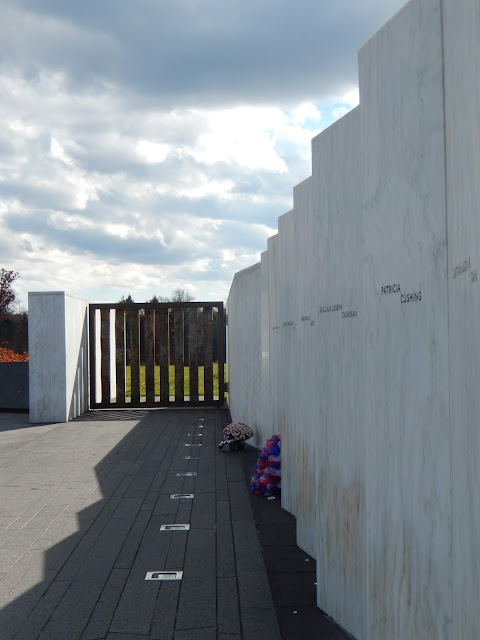