How we pass the time

Here I am again.   If you're tired of seeing photos of wildflowers and wide open, rocky landscapes, go no further. 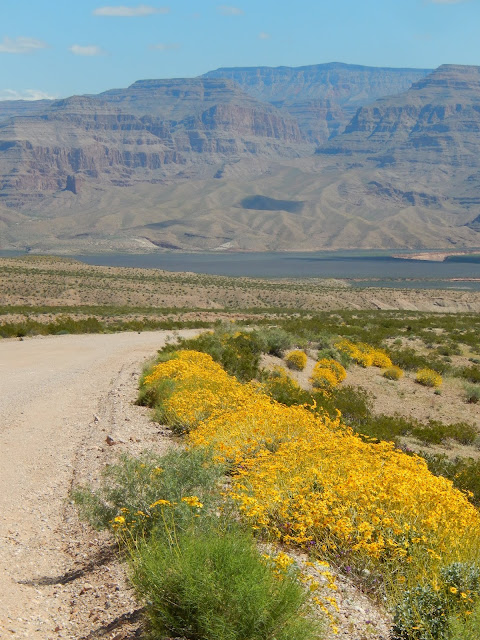 As I've said before, our tether is short, as it is for all of us.    At least we have some wonderful scenery within that tether.

One day we took the long drive to find the site of historic Pearce Ferry on the Colorado River in Arizona.   Much of the drive was on US 93 south toward Dolan Springs, where we turned onto Pierce Ferry Road (yes, we noticed the spelling discrepancy but found no answer to it).  Heading toward the small, neat town of  Meadview, the road became graded dirt. 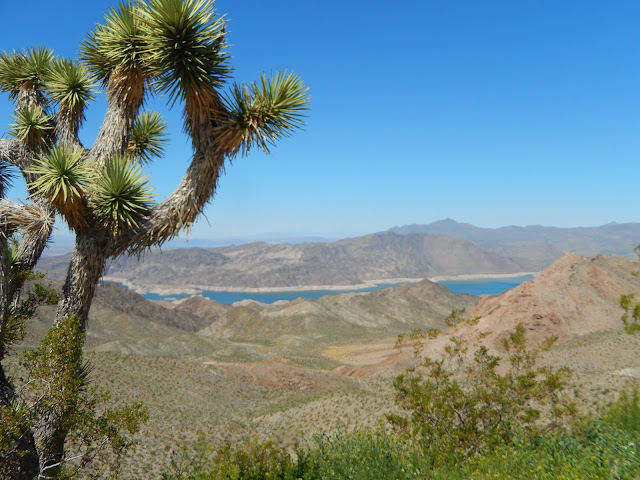 The scenery was wonderful.   We had views of the distant Grand Canyon Cliffs, Lake Mead as we drove through literal forests of Joshua Trees. 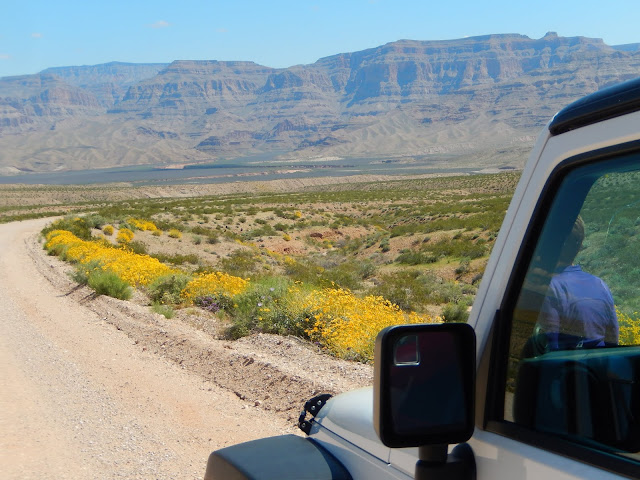 The predominant color was yellow.   Vibrant and fragrant Brittle Bush lined the roads and filled the air with such a sweet smell.


In places the ground was carpeted with tiny yellow (and sometimes pink) flowers. 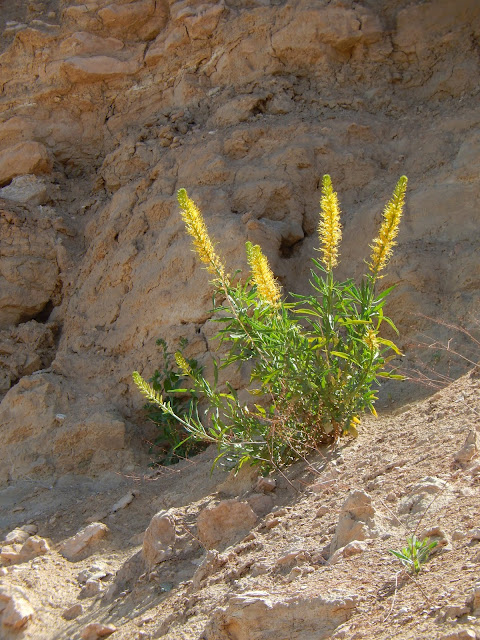 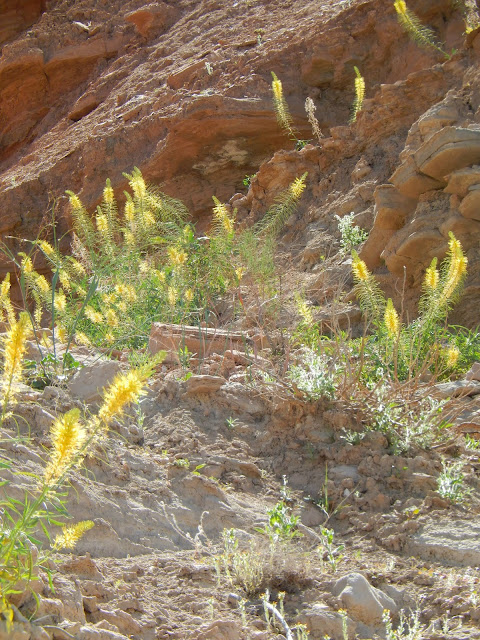 We made a short detour down to the River at South Cove.    The water was so clear and blue - and evidently higher than before. 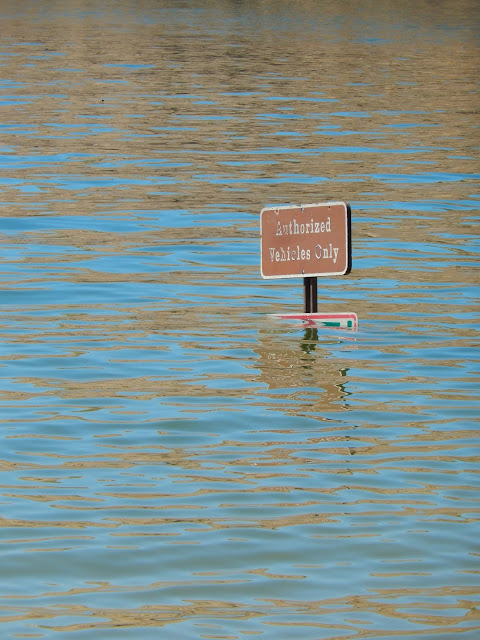 There was no one around so Dave went out on the dock to see if he could notice any fish in the clear water.     He did! 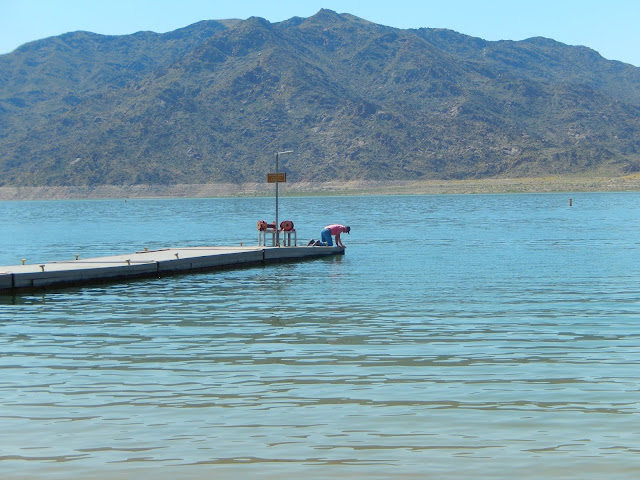 Further down the road, it ended at what was once the site of Pearce Ferry, the remains of which now lie under 200 feet of silt. 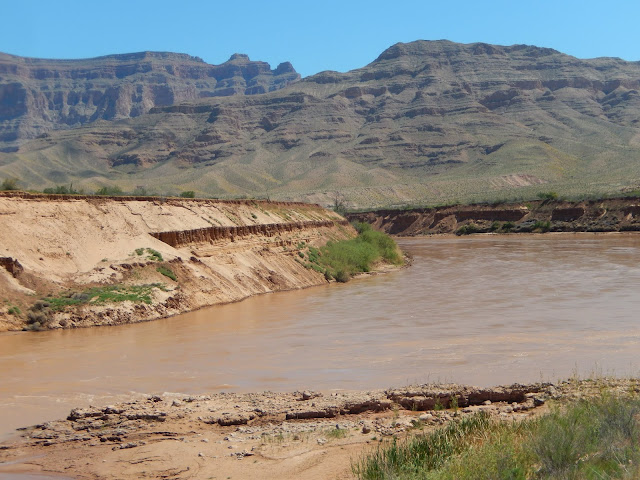 There is a modern boat ramp and it's parking lot contained a few pick up trucks with flat trailers attached.    No one around as far as the eye could see though so we decided these must be rafter's vehicles.

We found our way down to a bar at the curve of the river to eat our lunch.   We enjoyed the sun and the sound of the water curling in rapids as it made the turn.


We also may have spent time watching a large stick trying to extract itself from the swirling rapids and into the escape of the main current of the river.   It never did....round and round and round it went.   Small pleasures.

After lunch, we walked around a bit, checking out bits and pieces of what existed before.

Another day Dave and I continued the drive to Willow Cove that foiled us last time.   This day we took the paved route down to the River instead of the back way, where you may remember we slipped the Jeep into a wash and aborted the rest of the trip.

It was a Saturday and we were dismayed to find the picnic areas and river banks filled with people enjoying the sunny weekend and each other like there was nothing going on in the world.


Occasionally we drive into the little park nearby and check out the duck population.   Don't judge, we're limited in what we're allowed to do these days!


In addition to the normally expected Mallards and geese, we got a chance to watch a pair Ring-Necked Ducks paddle around and stop for a look at us.


That's all for now.   Next time I'll show you pictures of another flower filled off road adventure, I bet you can't wait......