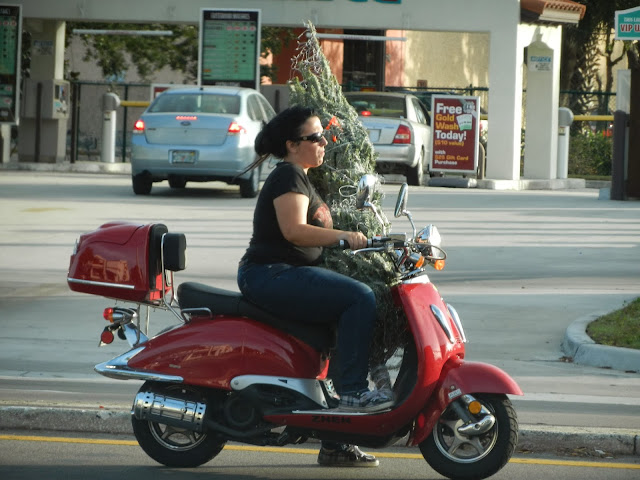 My Christmas spirit is back!     Yesterday afternoon we drove into Sarasota to watch the annual Boat Parade from Centennial Park.    In past years we've watched it after the fact on TV, and probably still will, but it was a fun evening to sit beside the bay with lots of other people and watch the colorfully lit boats glide by.    Everyone was dressed for Christmas and having a wonderful time.   I should qualify that last sentence - dressed for Christmas in Florida.   Shorts, tee shirts, Santa hats, and even a few Christmas sweaters that would qualify for (and possibly win) the ugliest Christmas sweater contest.  Out of respect for their loved ones, I didn't photograph them. 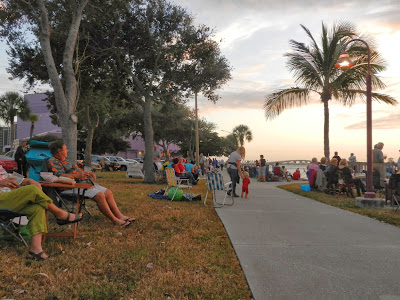 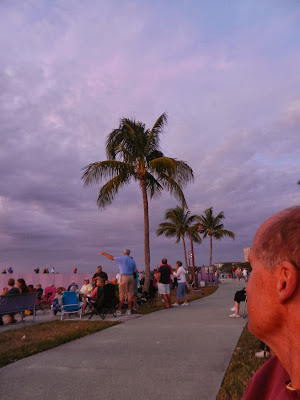 We all passed the time until sunset in different ways.   Some of us sat quietly and watched the crowd, some of us walked our dogs, some of us followed our children as they skipped down the sidewalk and crawled over the rocks to the water to toss pebbles, some of us ate sumptuous meals, some of us ate pbj sandwiches, but we were all waiting for the parade to start. 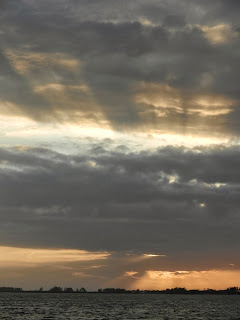 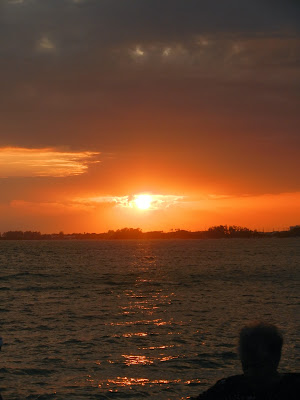 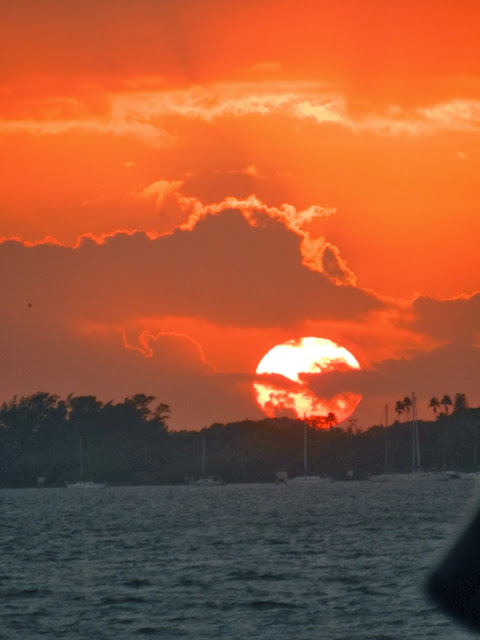 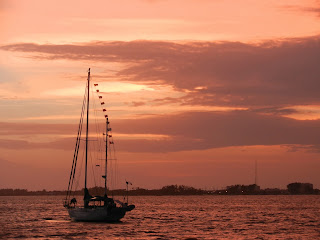 Finally, the sun set and we could see the lit parade making its way across choppy Sarasota Bay from City Island.   There were more boats than I thought and I didn't do them any justice with these photographs.   Sigh.   You'll have to take my word for how beautifully and creatively lit they were. 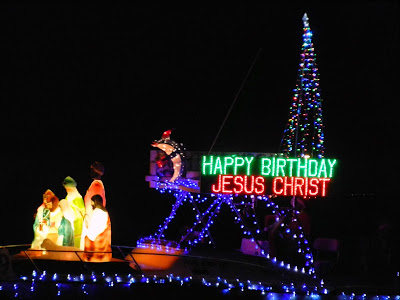 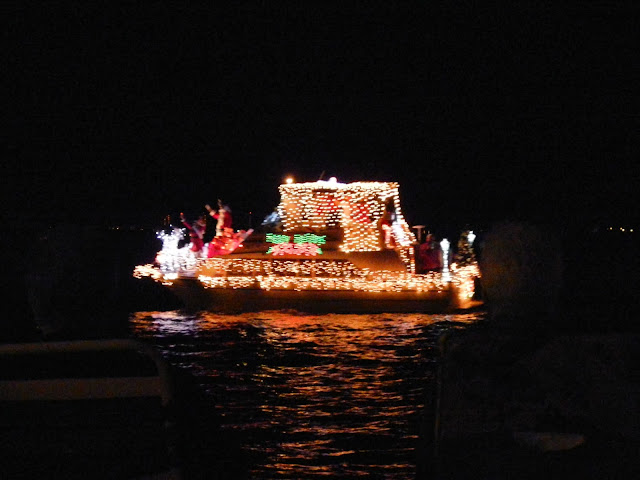 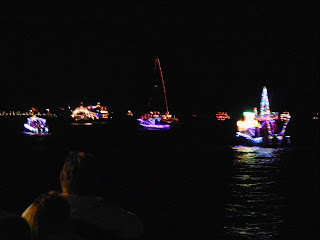 After almost an hour they finally all passed by, the rear of the flotilla brought up by a fire boat shooting a plume of water high into the air.   It even gave a quick shot to the large sailboat anchored in shallow water very near the parade route.....All in good fun, but I hope he got the not so subtle hint!
Posted by Suzi at 11:59 AM