All play and a little work make John a dull boy.....or something like that

We've been enjoying  Pam and John's company.  The days are melting together so don't ask which day we did what....

One day we went into Rochester for the nickel tour.   It was a bit cool and rainy so we decided to show them the High Falls area of the city above the Genesee River.   It is a historic area and the old Platt Street bridge has been turned into a pedestrian walkway high above the water.


We fed a parking meter with the few quarters we could scrounge from the bottom of the jeep's center console and walked to the Pont de Rennes pedestrian bridge (the old Platt Street bridge) to view the falls. 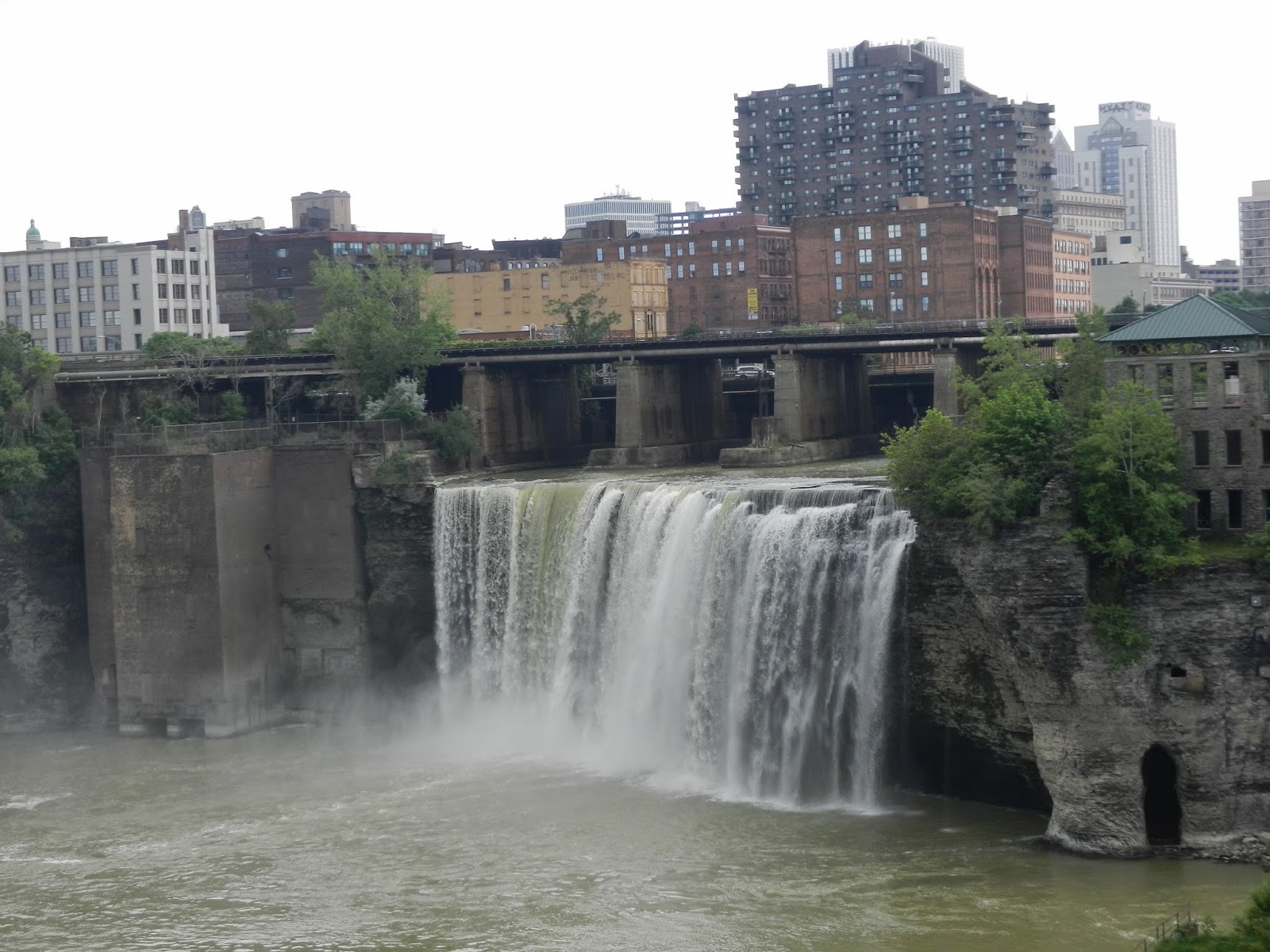 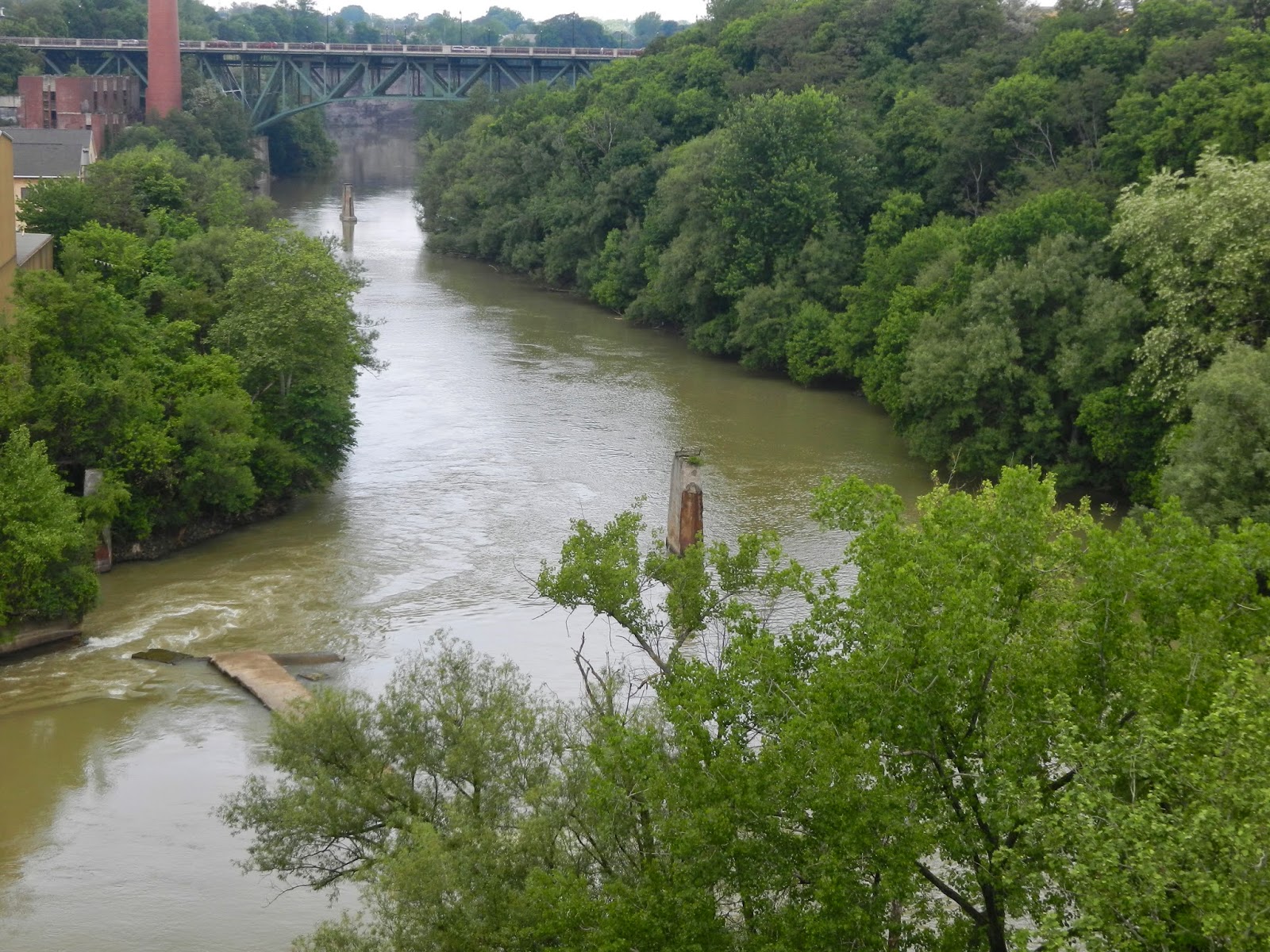 We set off with raincoats and umbrellas, but the skies didn't open and we were treated to a fairly empty bridge and some pretty nice views of the Genesee River gorge and falls.   The famous Genesee Beer brewery sits on the other side of the gorge, so naturally that was our lunch destination. 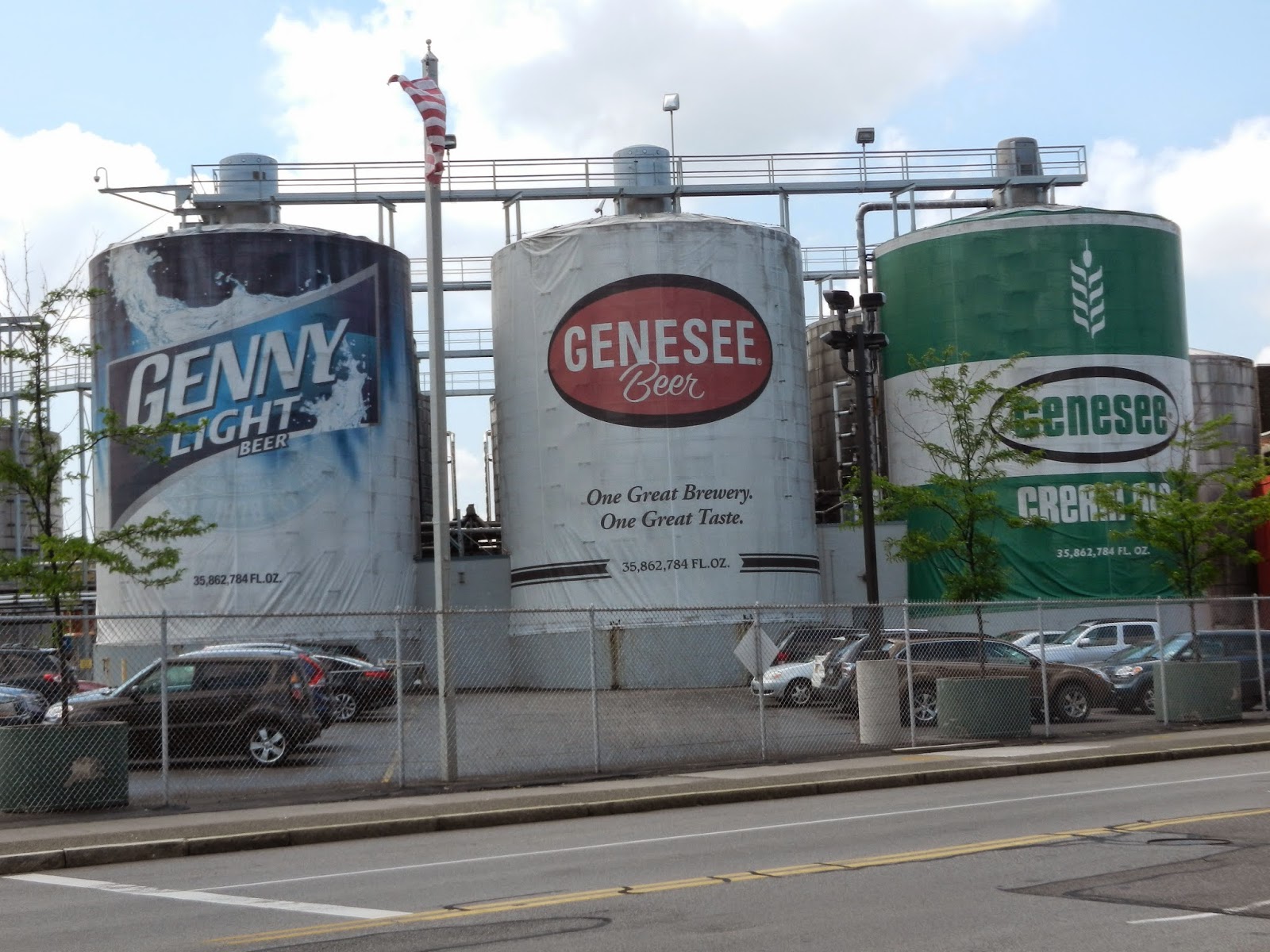 We had originally planned on going to the George Eastman House and Museum after lunch, but since the weather improved greatly we decided to drive north past all the now defunct Kodak buildings to Lake Ontario for a walk on the Ontario Beach pier.   We were all feeling a bit full after our burgers and beers and a walk sounded like a good idea.     I said "a bit full" but what I meant was that we had just a tiny speck of room for a chocolate frozen custard from Abbotts at the pier (don't judge....)   Three of us had frozen custard, one of us had something else.... 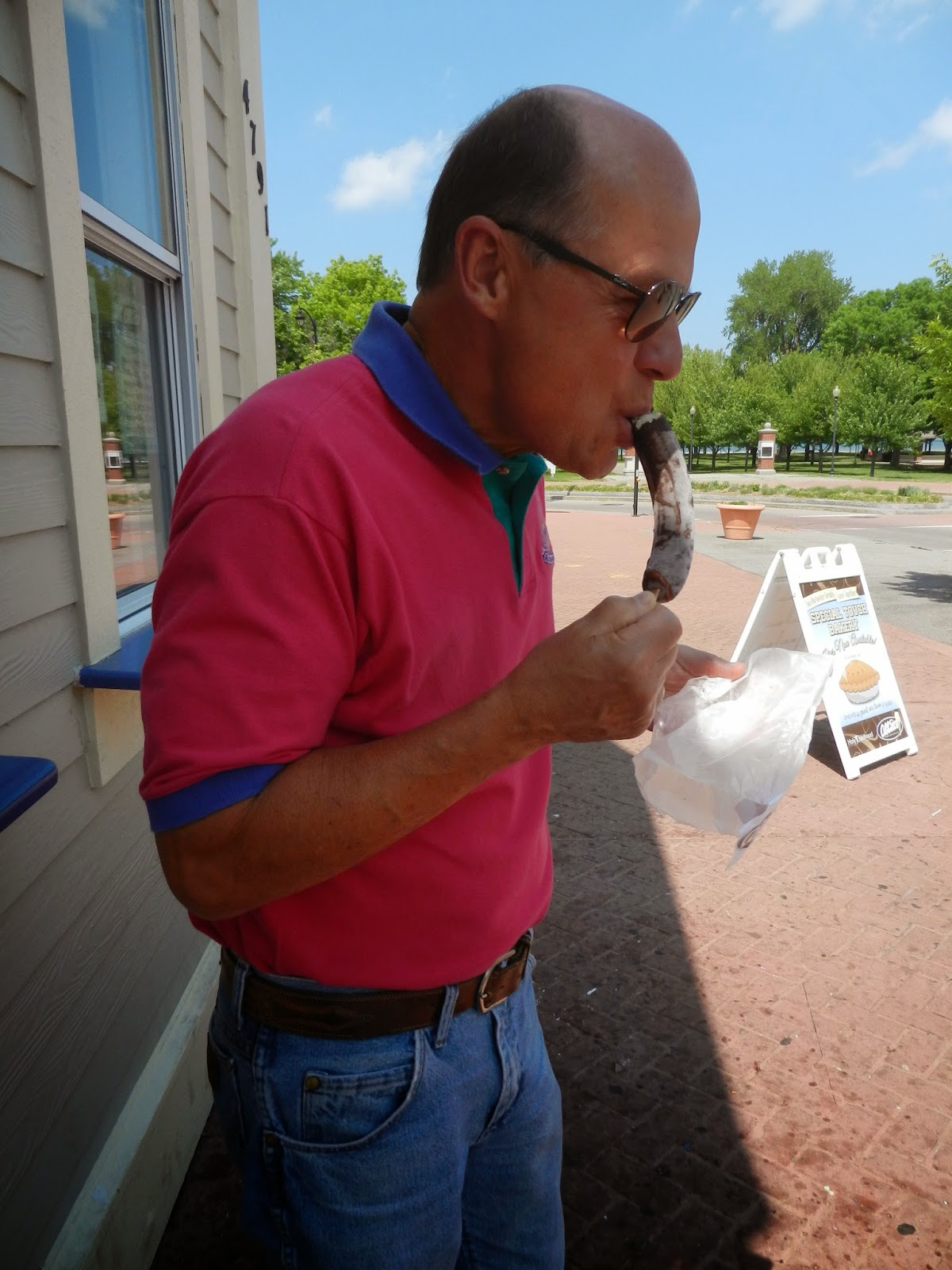 We walked through the park, past the historic carousel, and onto the pier.   It was a very hot day, but the breeze from the lake made our walk delightful. 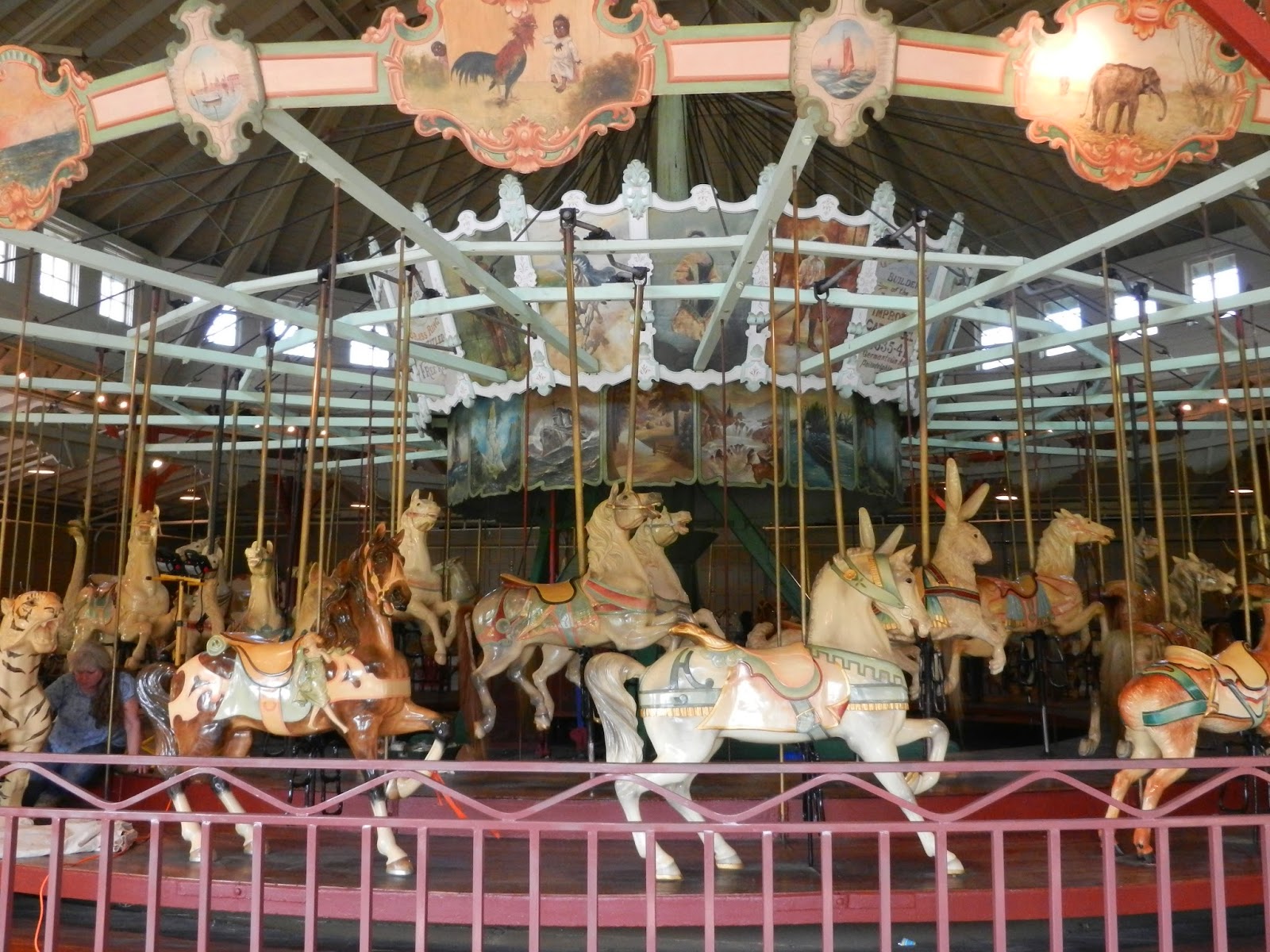 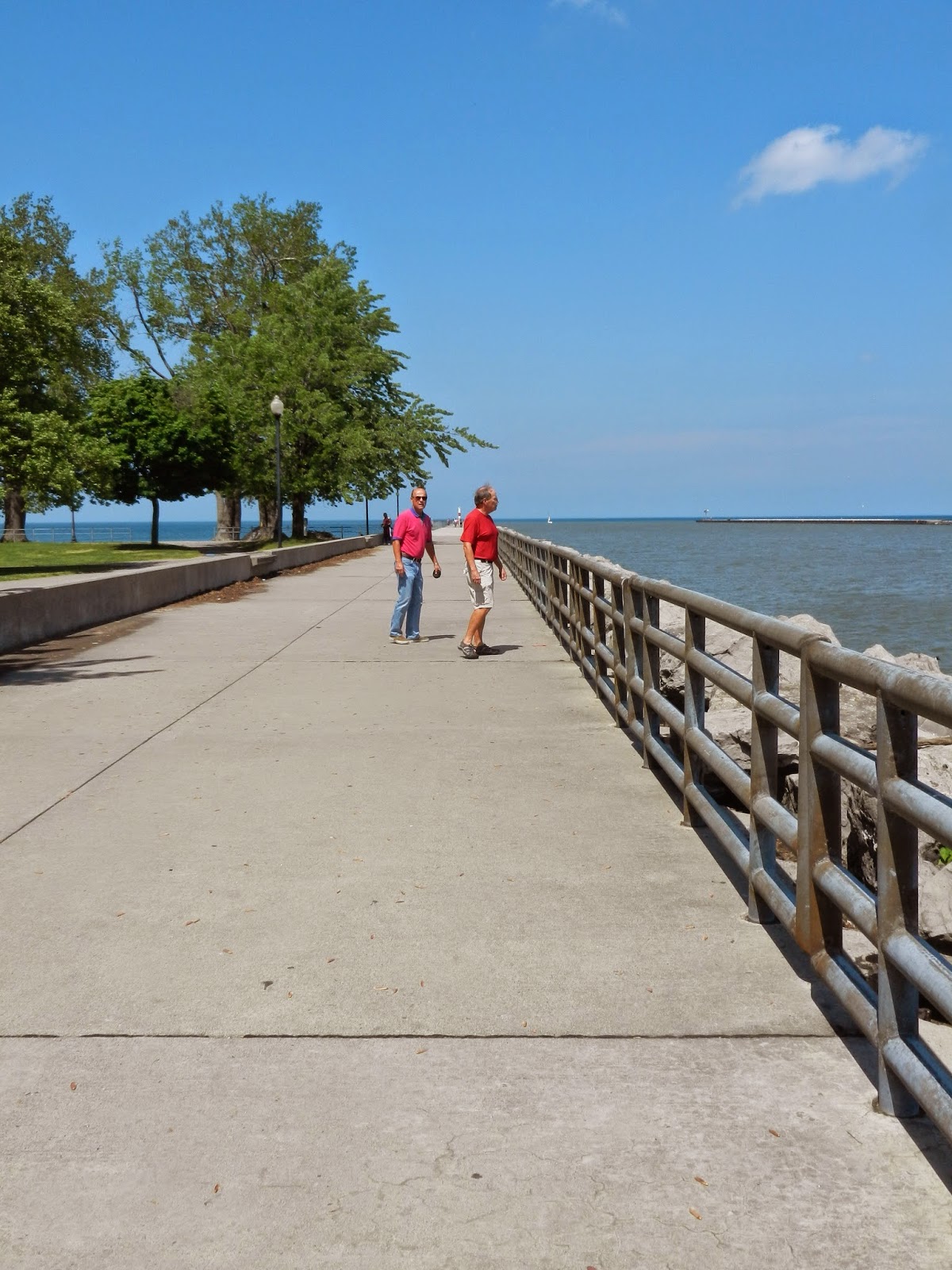 Another day we all worked.    In the morning John came up to the house, leaving Pam back at the lake, working out (so she said....)  He joined Mr. David's Insulation Service as a minimum wage worker.    Mr. David was hired to blow a bit of insulation into the farm's attic and he needed an unskilled worker to stay on  ground level to load the bags of insulation into the machine's hopper.   After a false start, the team hit their stride and the attic was filled in record time.

After lunch, Mr. David's Lawnmowing Service delivered a brand new mower to Mr. David's Lakeside RV Resort and John mowed the grass as if he'd done it all his life.   The day's final job put John's sandbox skills to the test.


In order to have a full hookup site at the lake, John needed to help Mr. David's Honey Wagon Service re-install a sewer pump that was removed when owner's Dave and Sue left on their excellent adventure.


Success was attained and to celebrate, Pam made us all dinner on the grill.   Yum!

The next day we decided to treat ourselves and play 18 holes of golf at the Livingston County Country Club just down the street from the farm.   It was supposed to be a warmish day, but it most definitely was not.   The wind howled from the north and it made our eyes water. 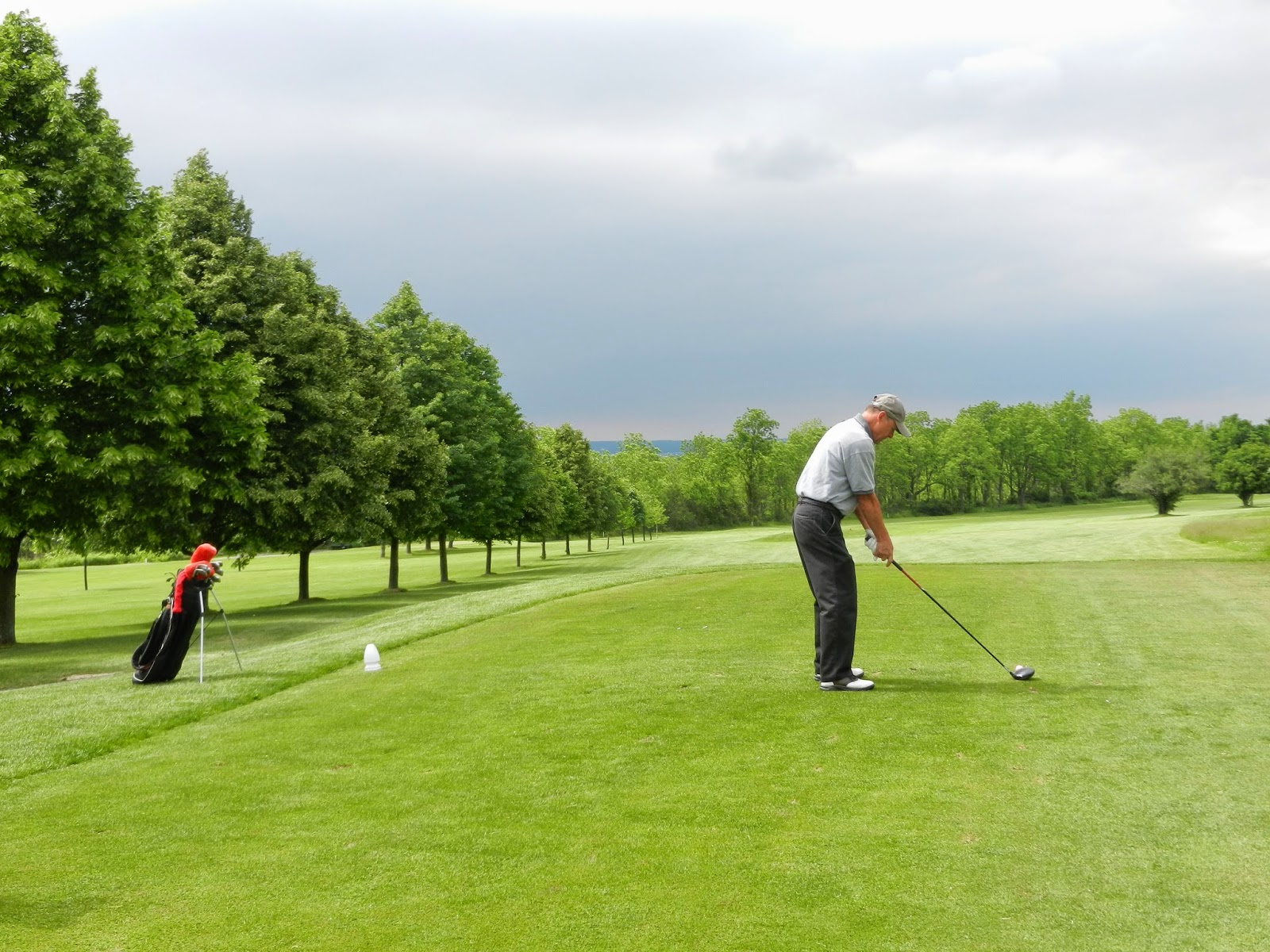 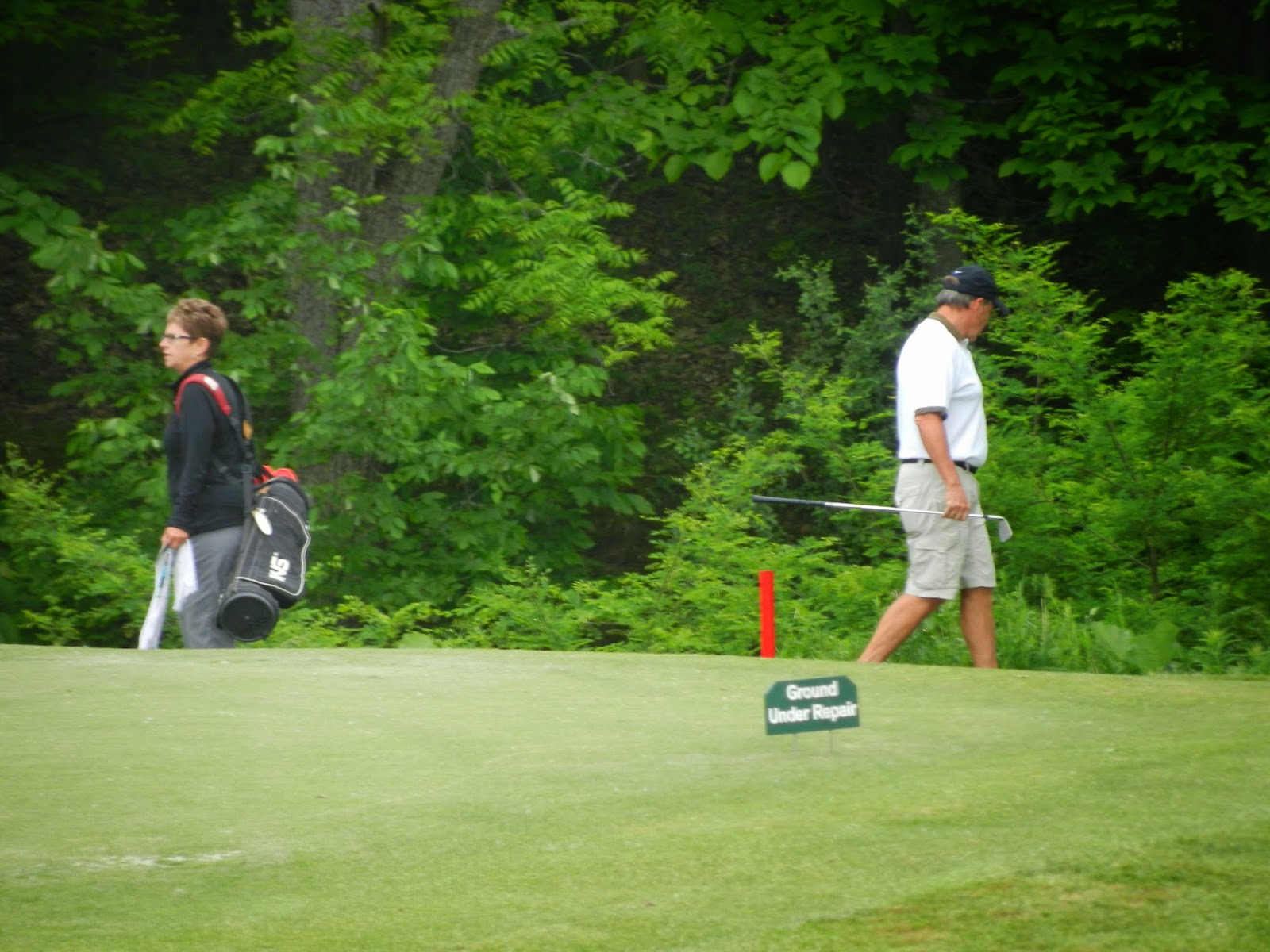 Pam and John take part in the time honored tradition of "the searching for the lost ball". 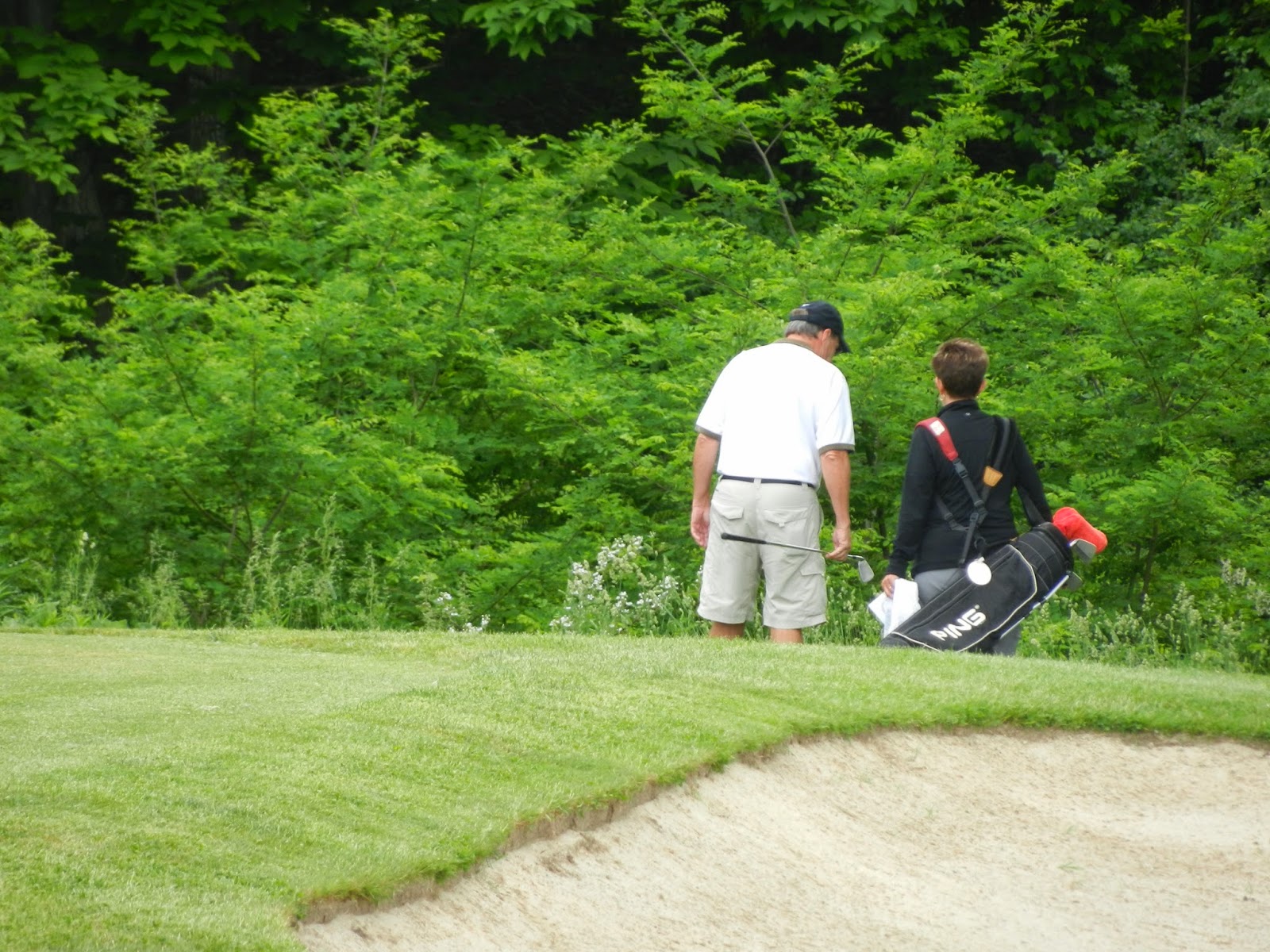 Despite the chill wind, the boys played a decent game so we treated ourselves to dinner at The Nine's restaurant before heading back to our respective homes.

Today John and Pam left their motorhome at the lake site and headed north in their jeep.   Destination - Pam's mom's house in Clayton.   We think they'll be back Sunday night or Monday.   Was it something we said?