Sasha continues to be stoic about her new plastic bonnet and sleeps (except when we want to) very soundly in it.  We've discovered that she's become almost completely deaf and we wondered if the lampshade would act as an old fashioned ear trumpet for a boost in her hearing.   No such luck for the old gal.

John and Pam have been exploring the area on their own and we have been doing what we've been doing - working around.    We've formally listed the farm for sale, its official - we're really doing this. 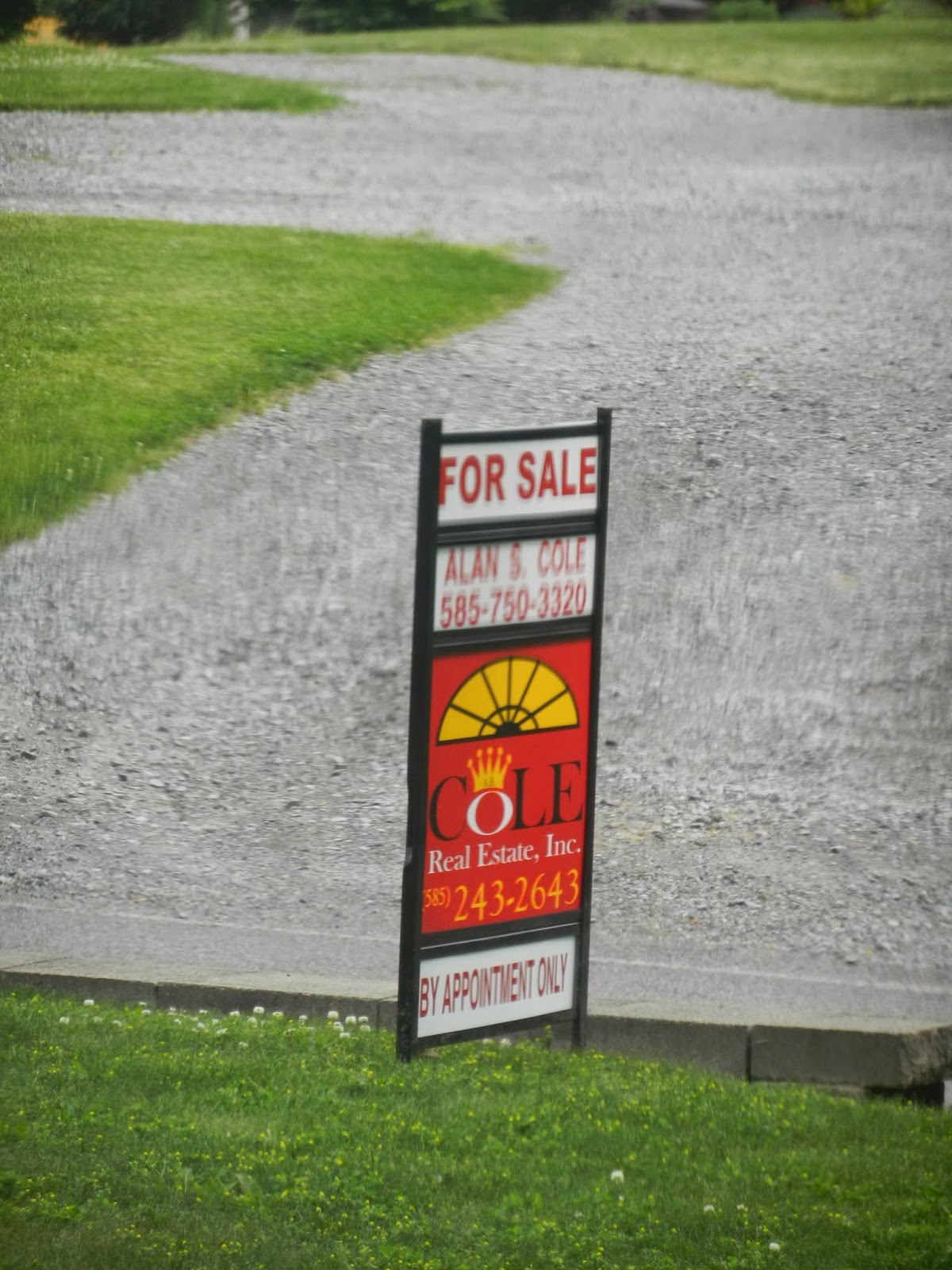 The Wright's came for dinner the other night and,  as Pam was looking out the kitchen windows, she commented on the cute cement turtle I'd placed on the brick walkway.   Cement turtle? 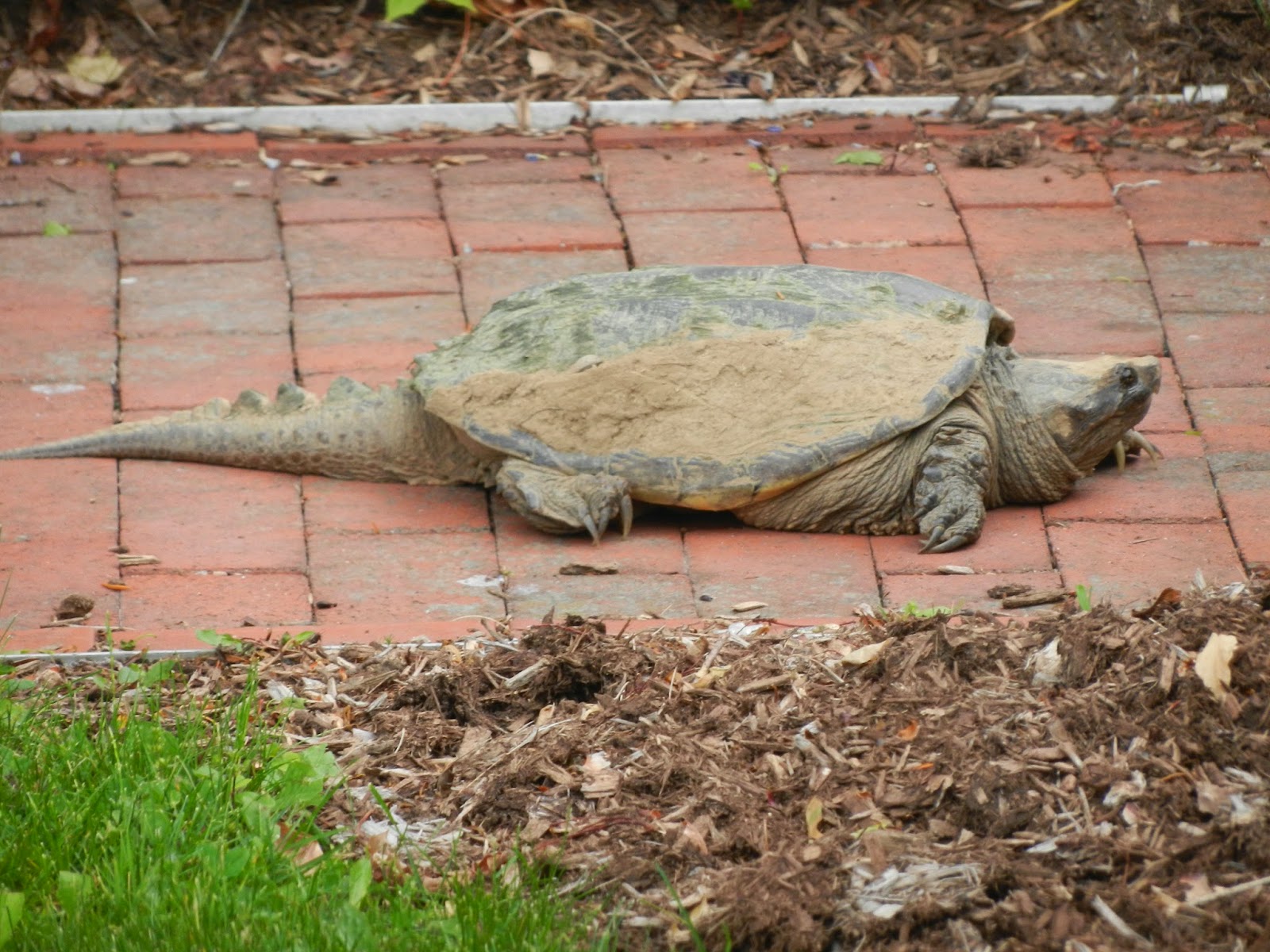 Our relationship being what it is, she was sure I was pulling her leg when I told her there wasn't any cement turtle out there.    She went outside to look for herself and quickly realized that it was very much alive and had traveled there all on its own. 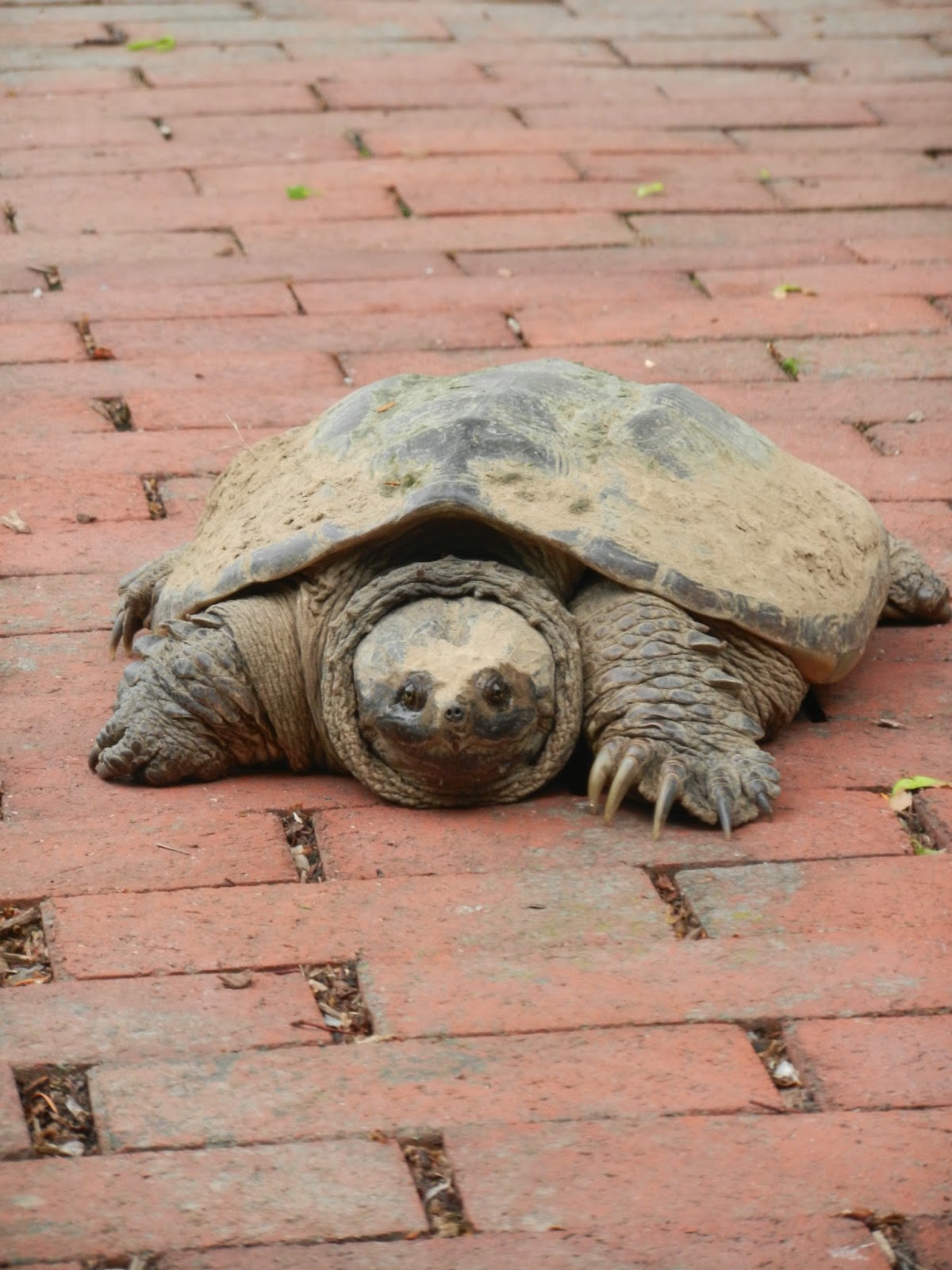 She didn't like the look it was giving her, nor its very long claws.     She suggested I contact Mr. David's Licensed Wildlife Relocation Specialists to come and assess the situation.   She was worried about it getting into the yard and injuring the dogs with its sharp claws and strong jaws.   She also wondered if it had come to us to lay its eggs, not something we'd want when we were trying to show the house. 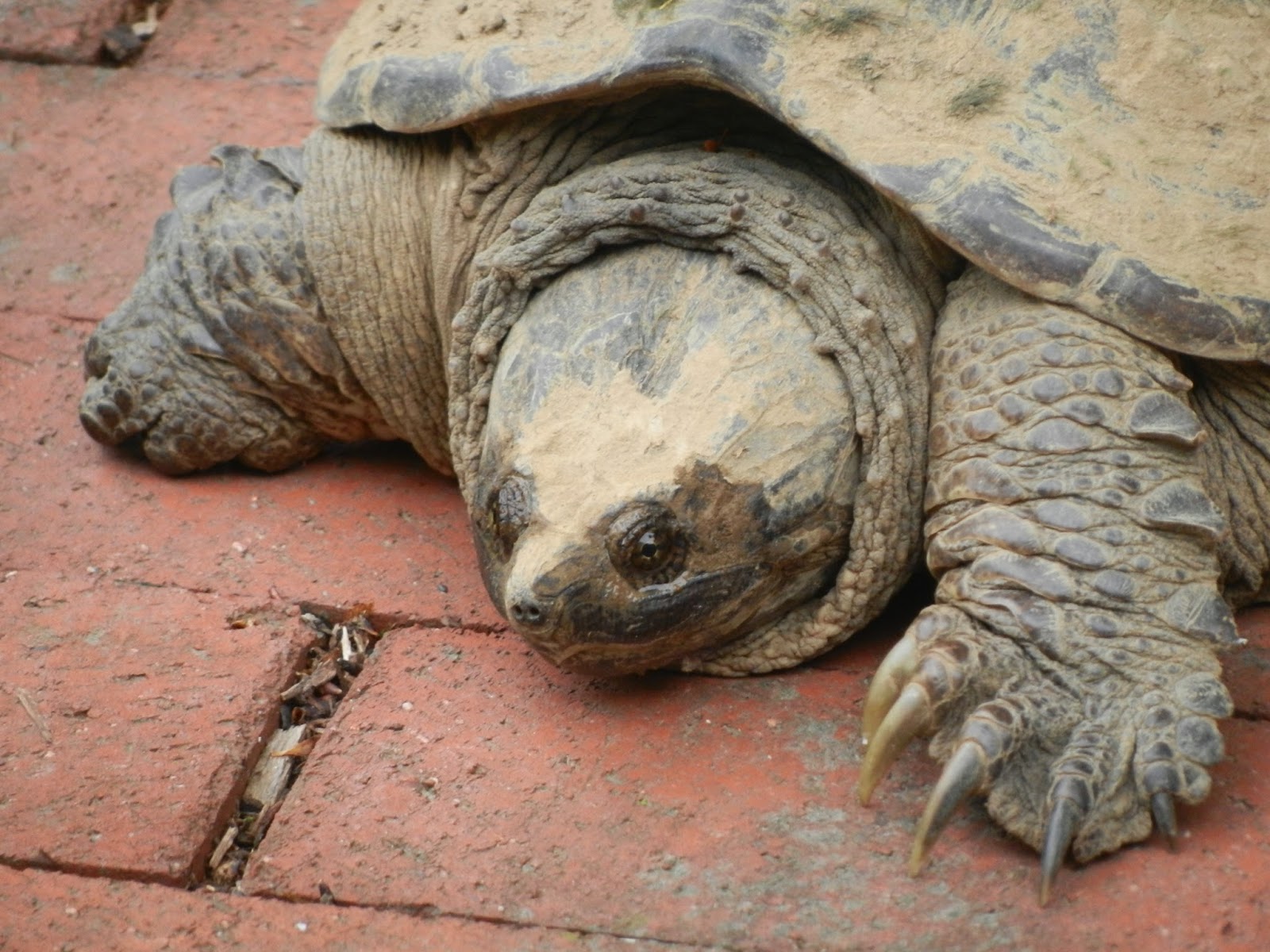 The call was made and very soon Mr. David's jeep pulled into the driveway.   While the professional readied his specialized removal equipment, his inexperienced new partner strolled over for a better look at the situation. 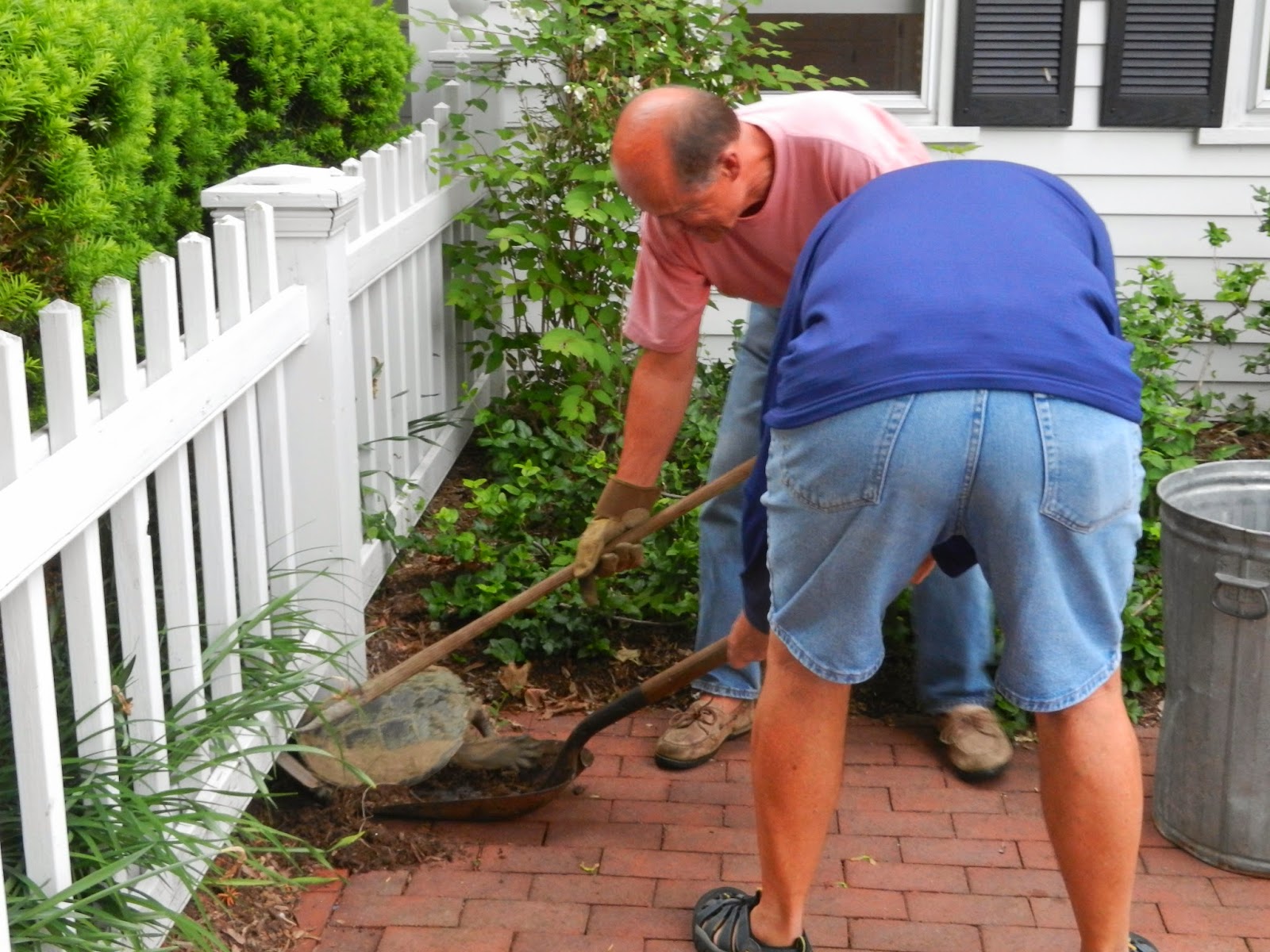 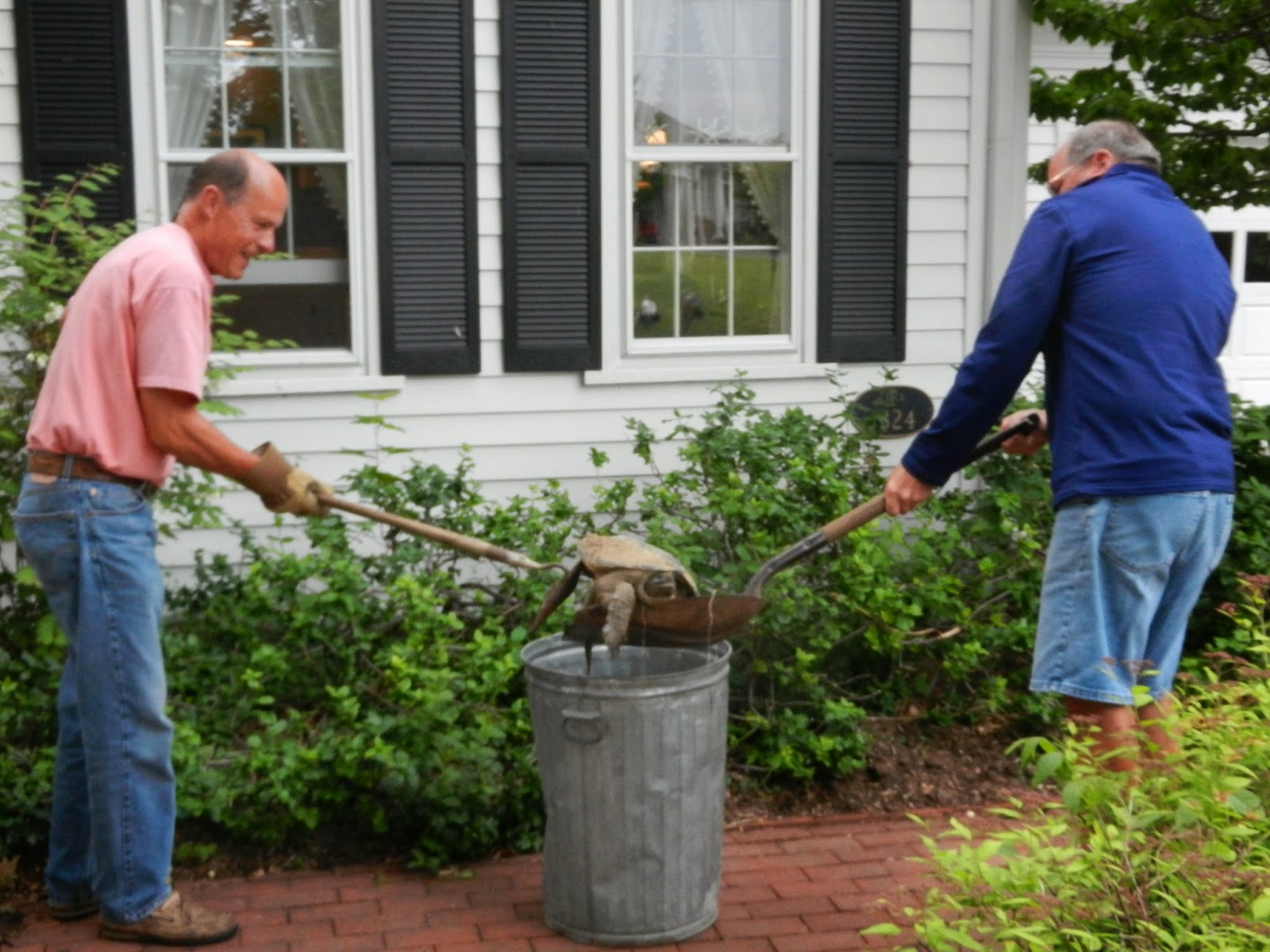 The men drove off with the angry lady rocking and shaking her can in the back of their jeep.    They found the perfect place to release her and were back in a flash with only a few battle scars. 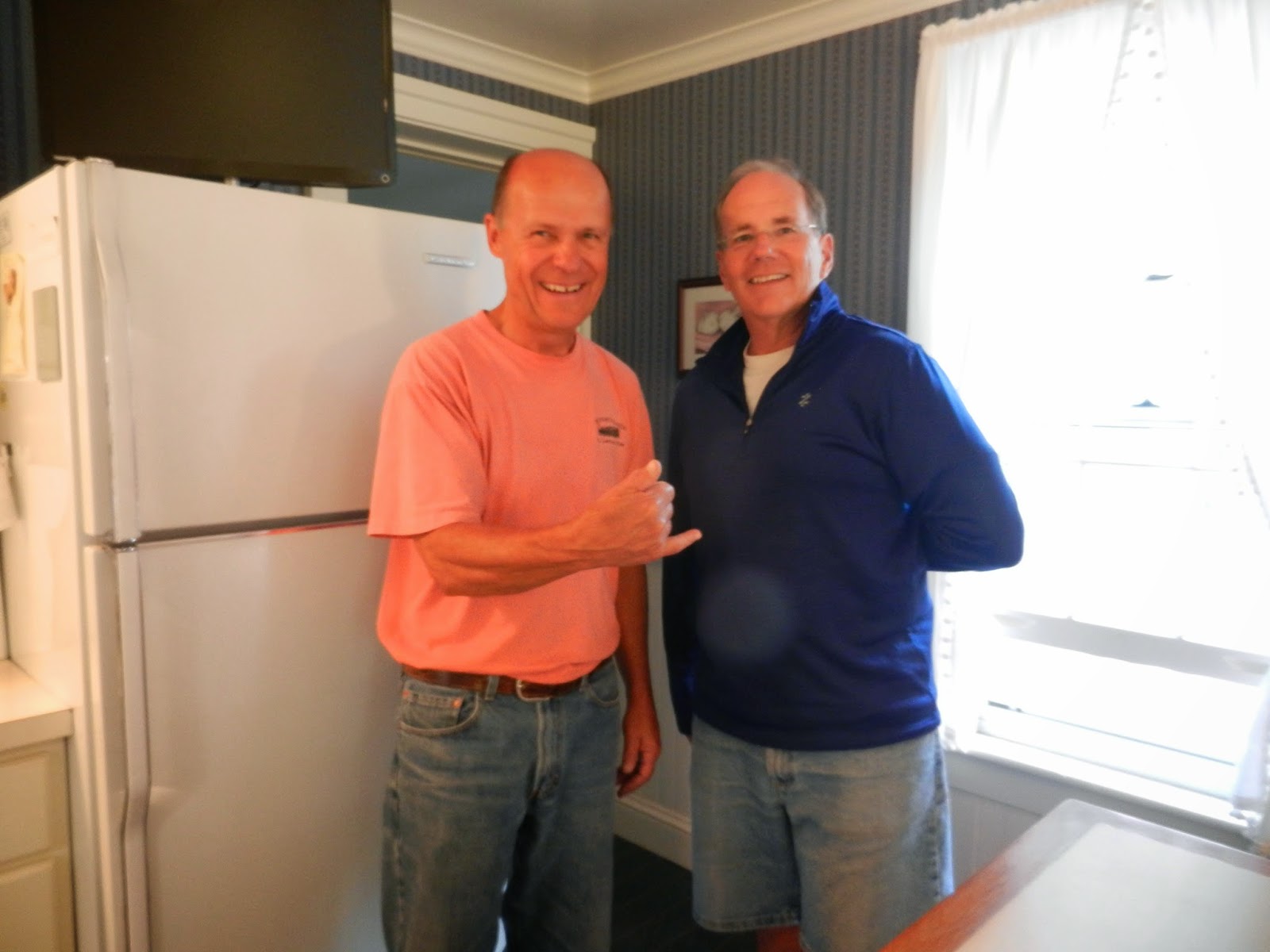 Pam invited them in to help finish the leftover dinner.  Once Mr. David found out that mashed potatoes were involved he quickly accepted the kind invitation, but his assistant found it difficult to eat with his injuries so declined the offer. 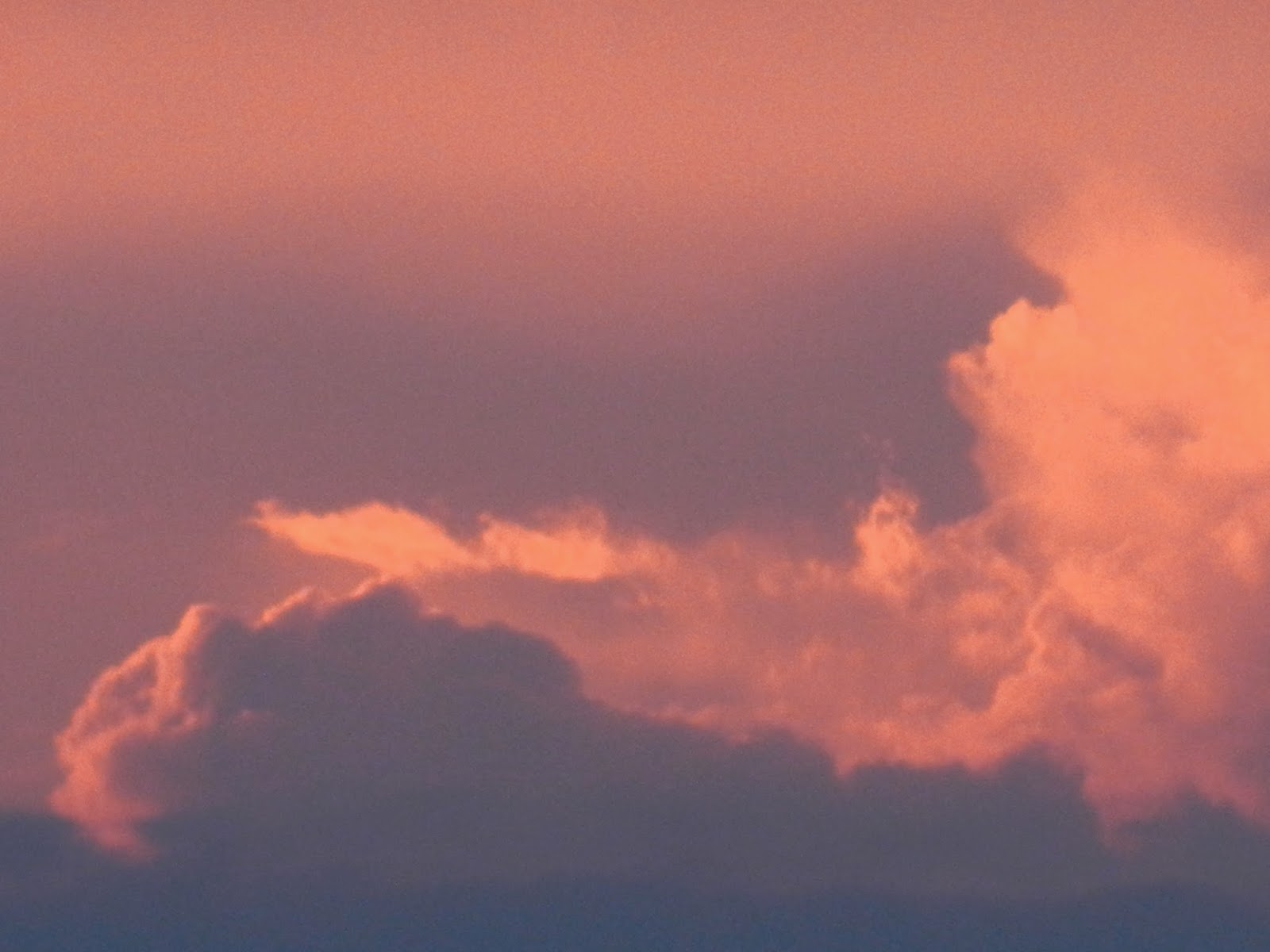