Winter days can be beautiful.   Today was one of them to be sure.  The thermometer even cooperated and rose shakily to almost 25 degrees!   Gotta make hay while the  sun shines, however, because the high temperatures are forecast to be well below zero starting Friday.   Sheesh! 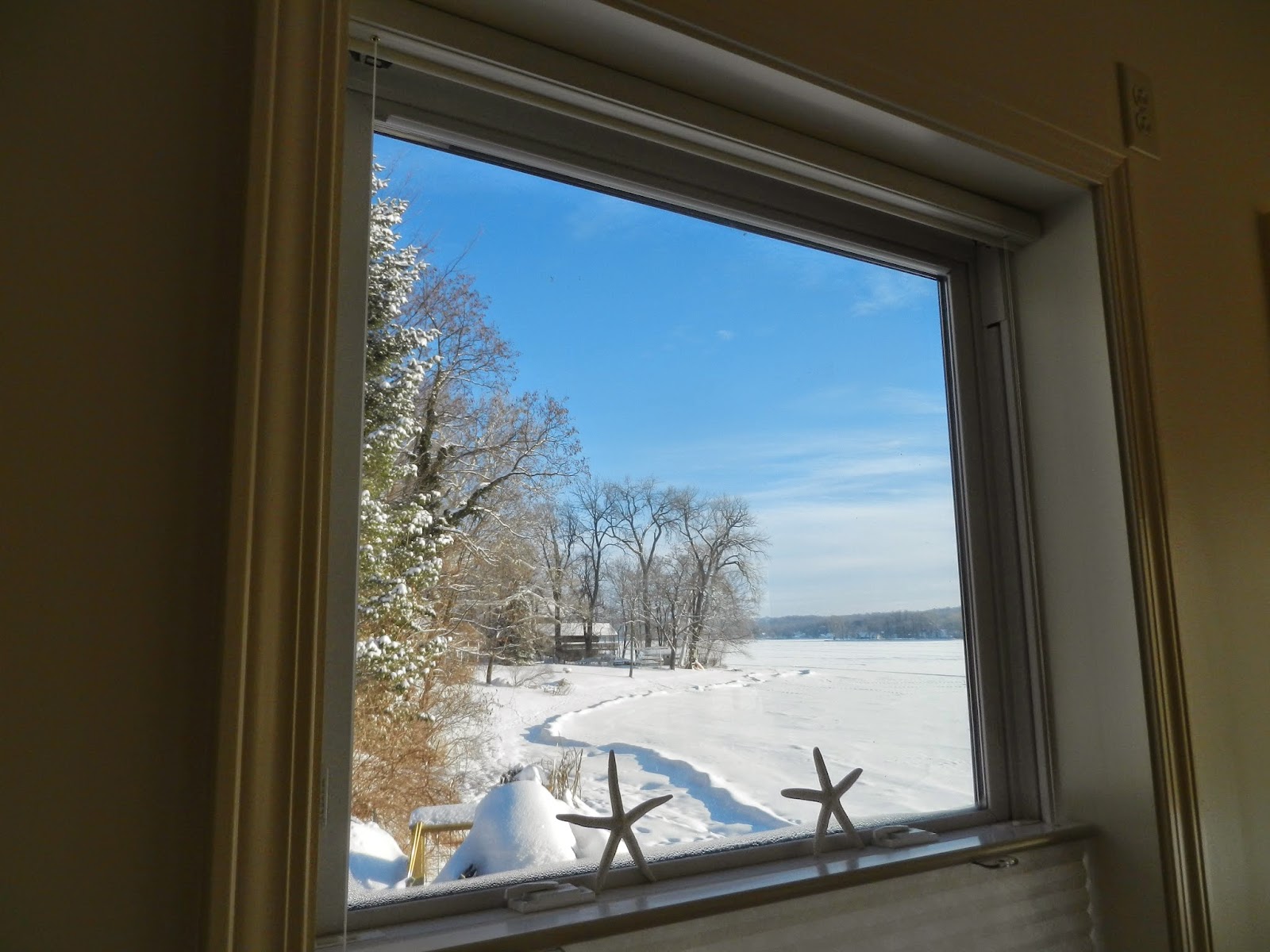 We even have a rather large flock of Eastern Bluebirds in the beech tree.   I tried to take some photos of them this morning, but they were way too busy drinking the slowly dripping water coming out of our breakwall.  I'll keep trying.   Dave says it stays liquid there because its coming out of the hill above us, through the French drains under the warm house and out through a hole in the breakwall.    Whatever the reason, these little blue beauties appreciate it enthusiastically and reward us with flashes of their stunning color in the mornings.

Dave spent the morning taking advantage of the balmy day to use the tractor (while it still belongs to us) to plow a path from the Morton bldg. at the farm (where Beluga waits patiently) to the road in an effort to keep a route open for our March departure.    We know there will be more snow before then, but its a start.

After lunch we worked in the basement, trying to organize the boxes and furniture that Angel's guys stacked willy-nilly down there.     We made great strides and finally feel we have our arms around it all. 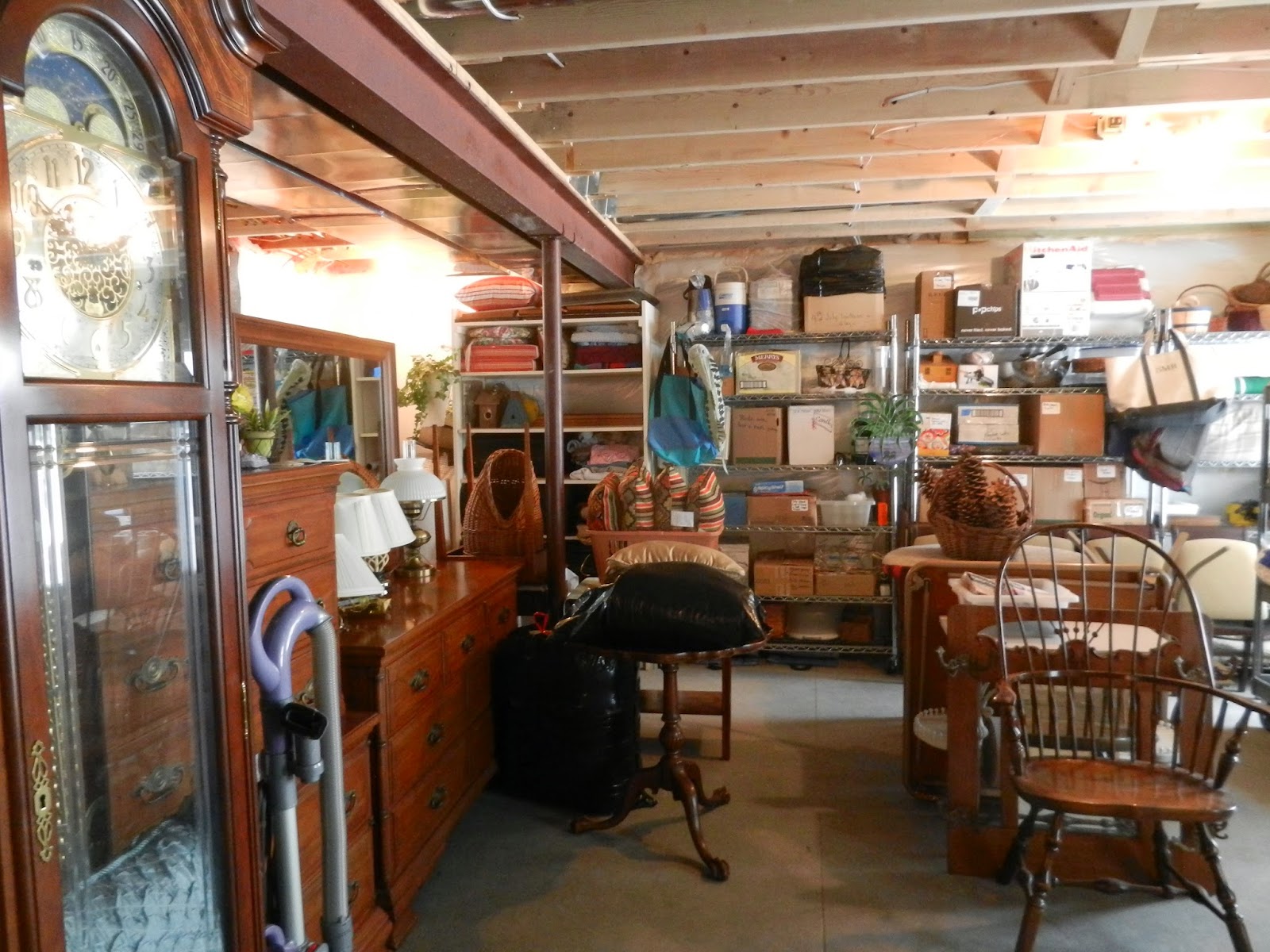 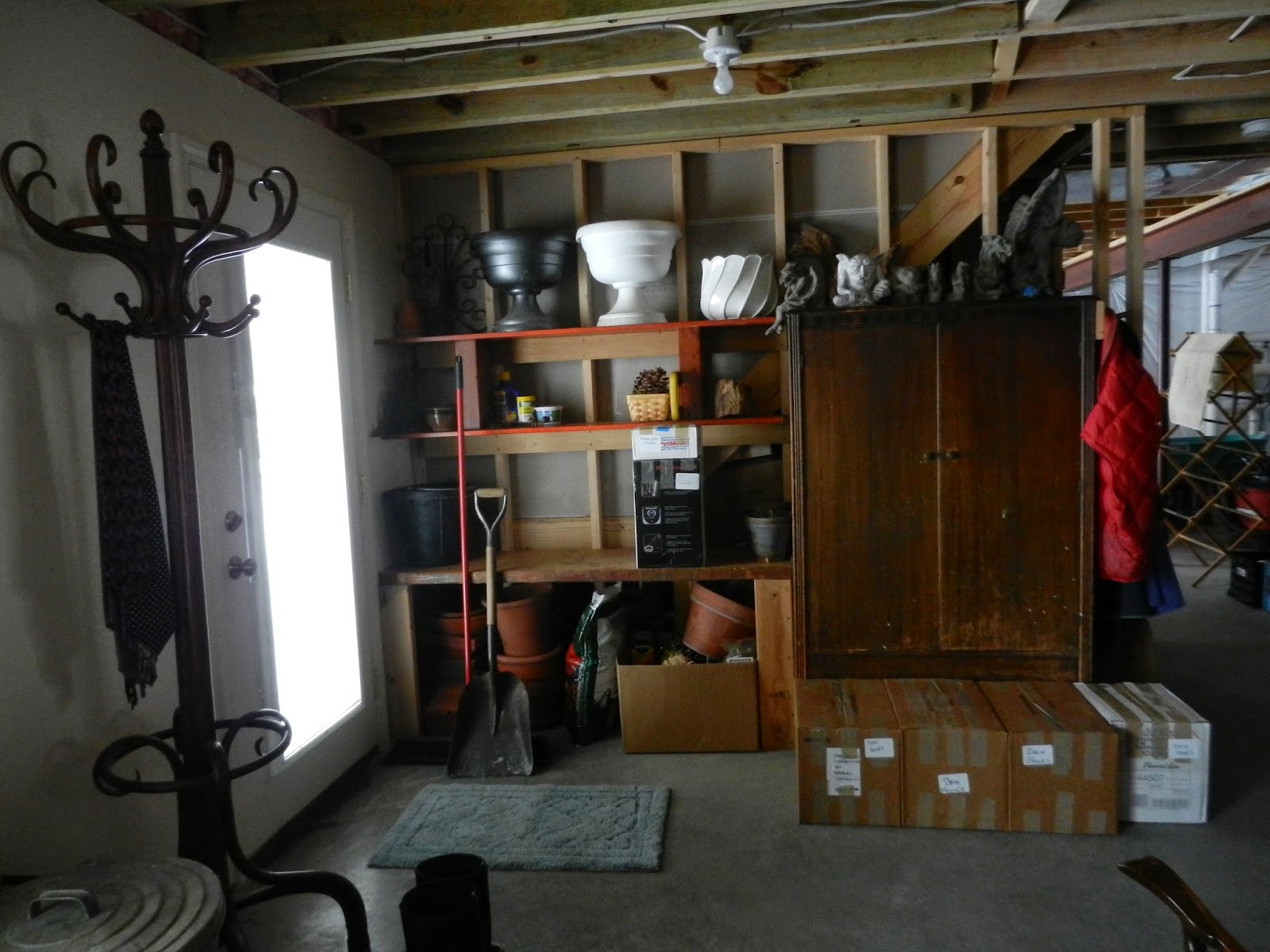 I know it looks like a warehouse, but believe it or not its really organized.   I even have a tiny potting table carved out of the mess. 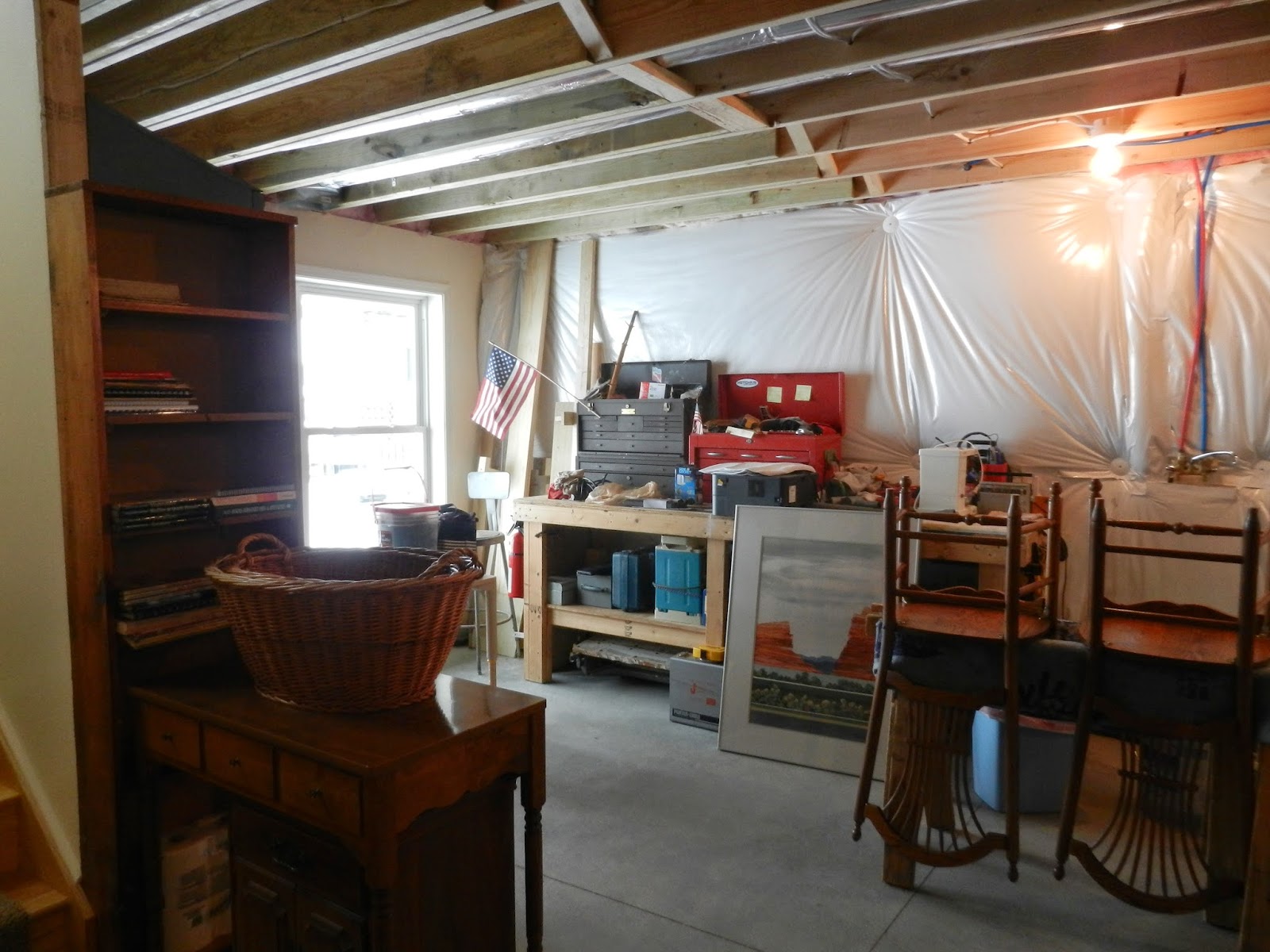 And Dave has a small shop/grooming salon at one end.   He's tightening up our kitchen chairs for his first project.