Thanks to some intense nursing and a healthy body, Dave is feeling quite well.   He's still eating mush but he has no pain and is pretty much back to normal.

The weather was frigid, snowy but sunny here today.   We decided to take advantage of the relatively dry roads to transport my car from the soon to be someone else's garage to its new home away from home in Victor, N.Y.   I followed in the jeep. 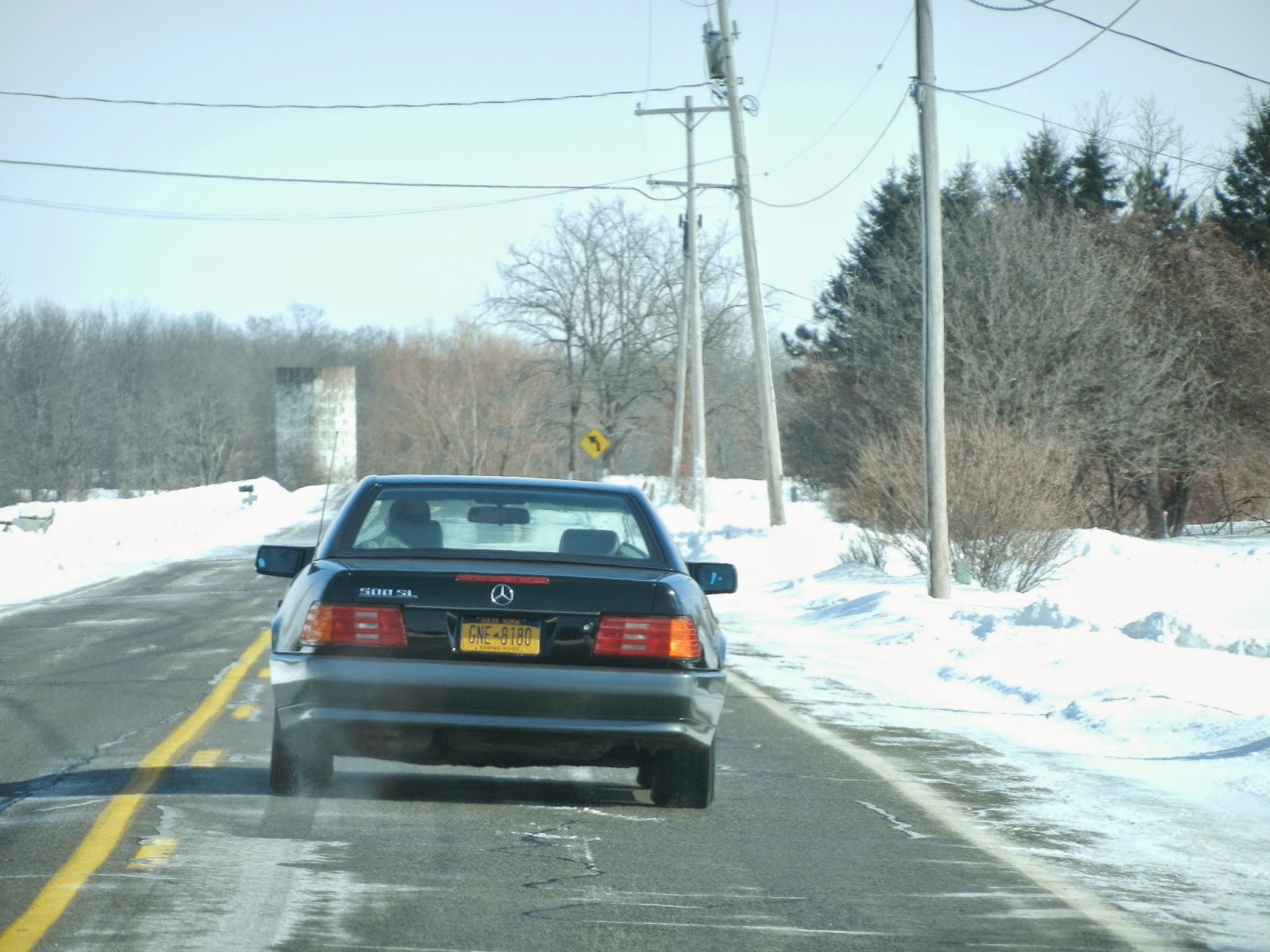 The further we drove, the nastier the weather became.  Ah... the fabled lake effect snow squalls.   It became windy and snowy and whiteouty and our nice clean little car became decidedly not clean.  I could just feel Dave cringe as he drove on through the salt encrusted roads and blowing snow.   What can you do? 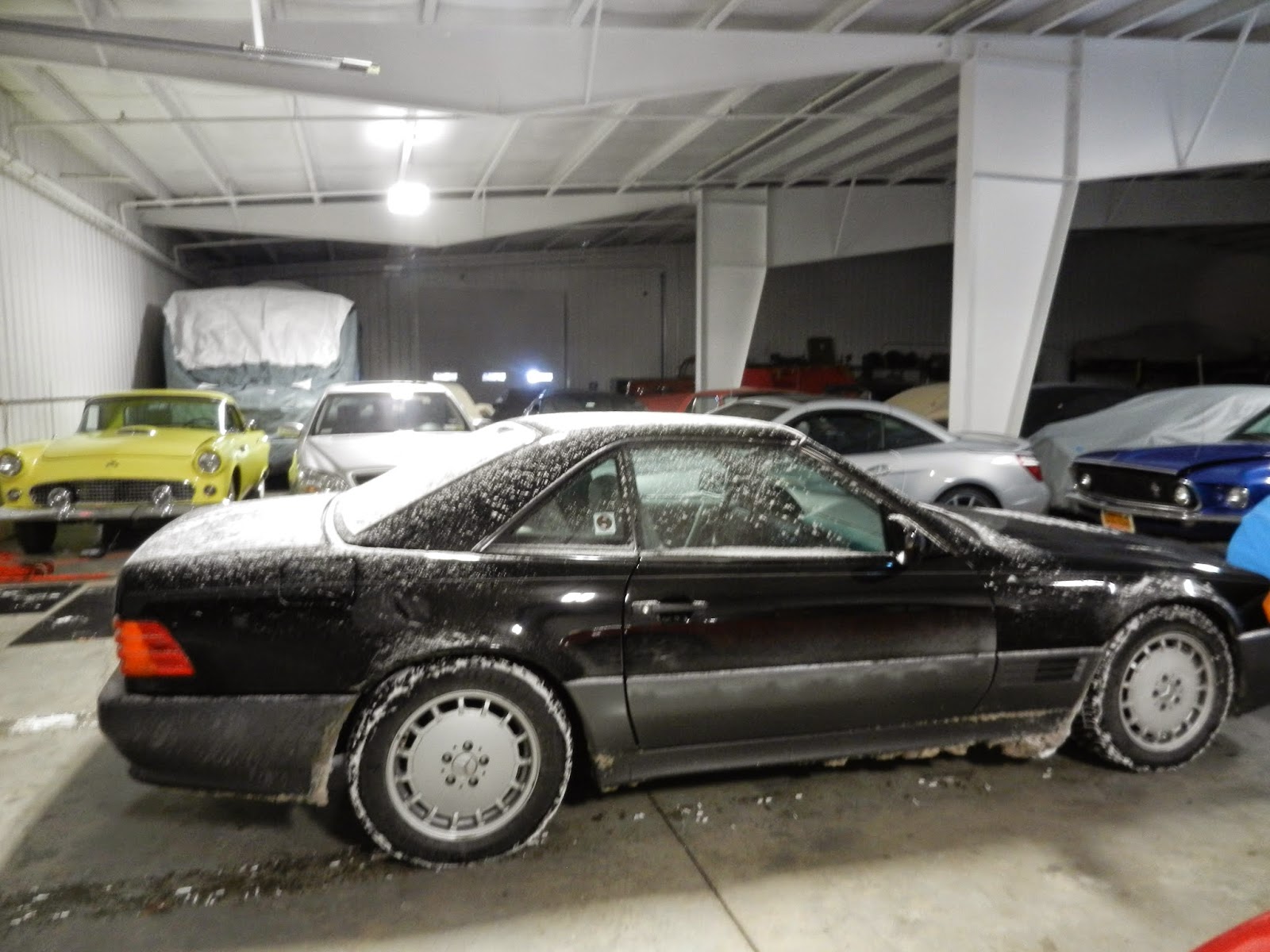 One more thing checked off our "list", the car is in the storage, being washed, covered, trickle charged and stored until we return in a year or so.

After a few attorney related errands, we arrived home and found the sun still shining brightly.   If you haven't lived in an area with lake effect storms its hard to fathom the difference a few miles makes.
Take my word for it.

We ate lunch at our sunny table and enjoyed the sparkling ice covered lake views.  The dogs both seek out the patches of sun coming through the big windows. 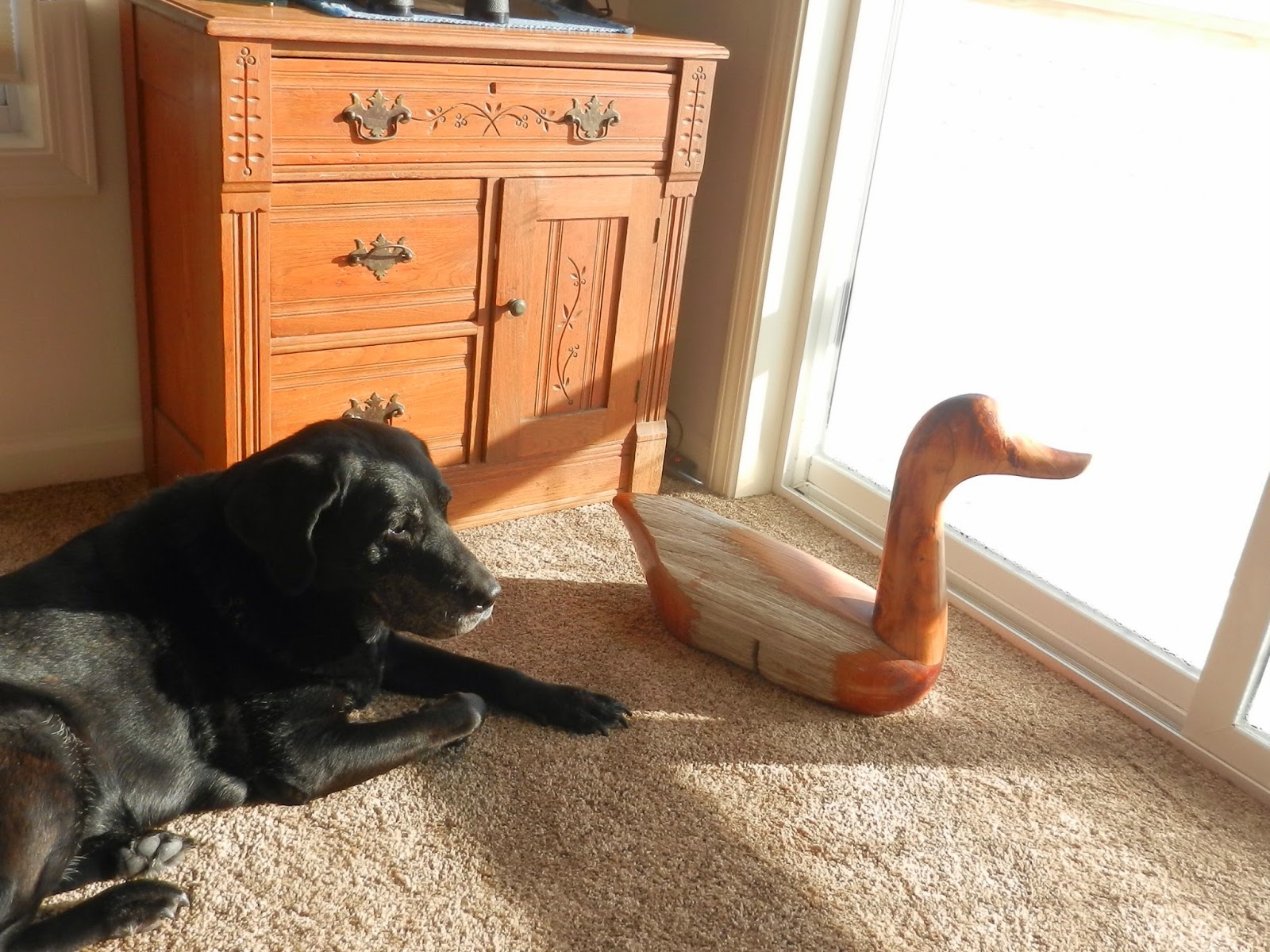 Even the birds came out to bask in the sunshine, although they were puffed up to stay warm.   The high temperature today was 1.    February will be the coldest month ever recorded in this area.  Aren't we lucky to be here to bear witness? 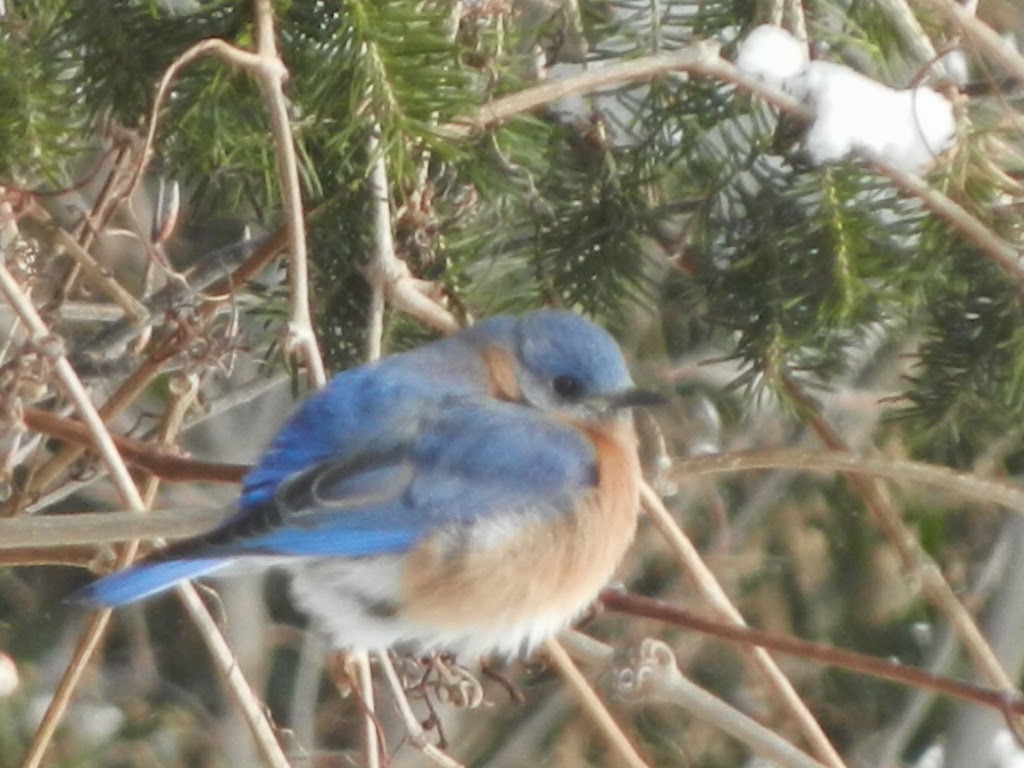 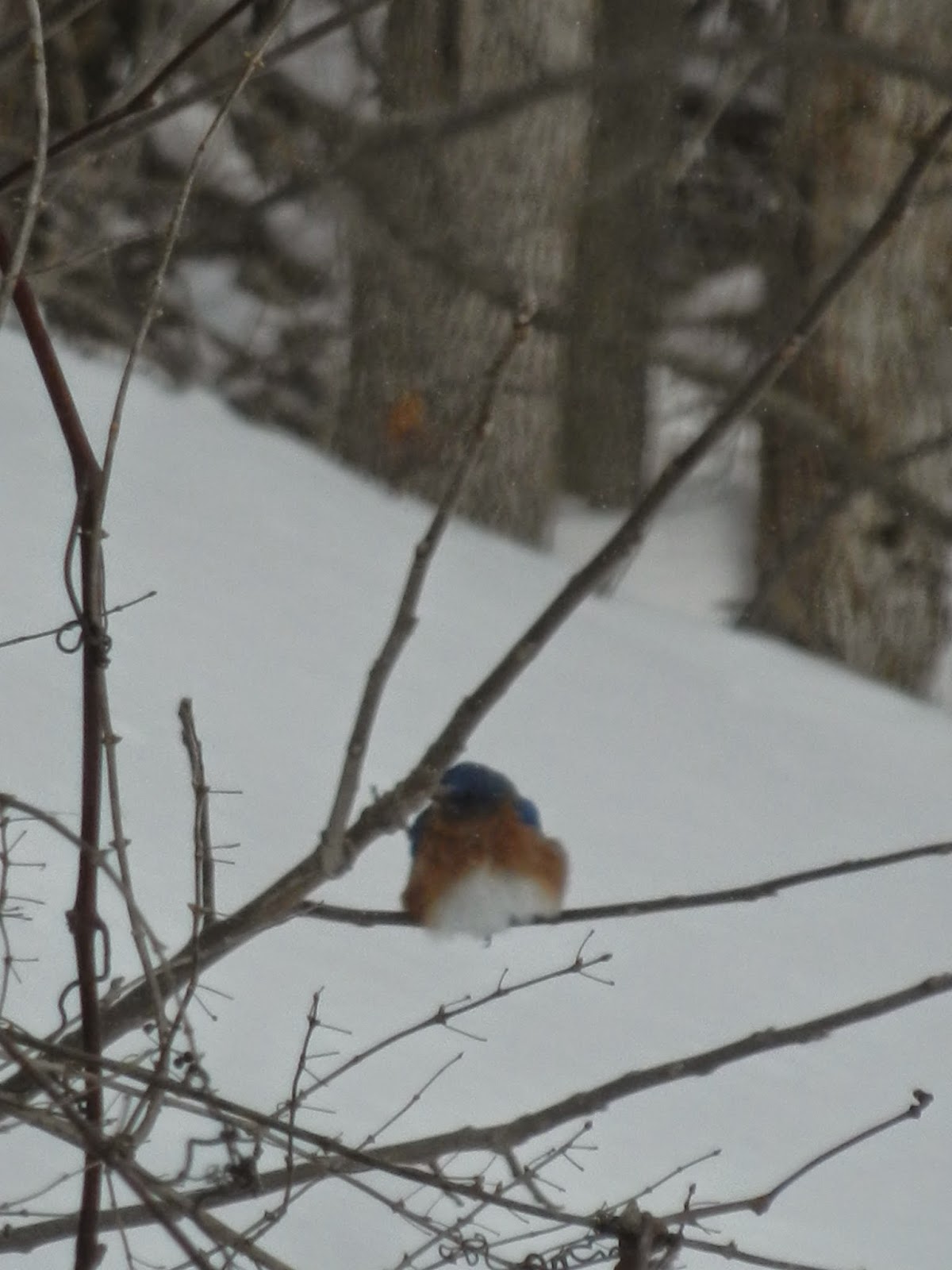 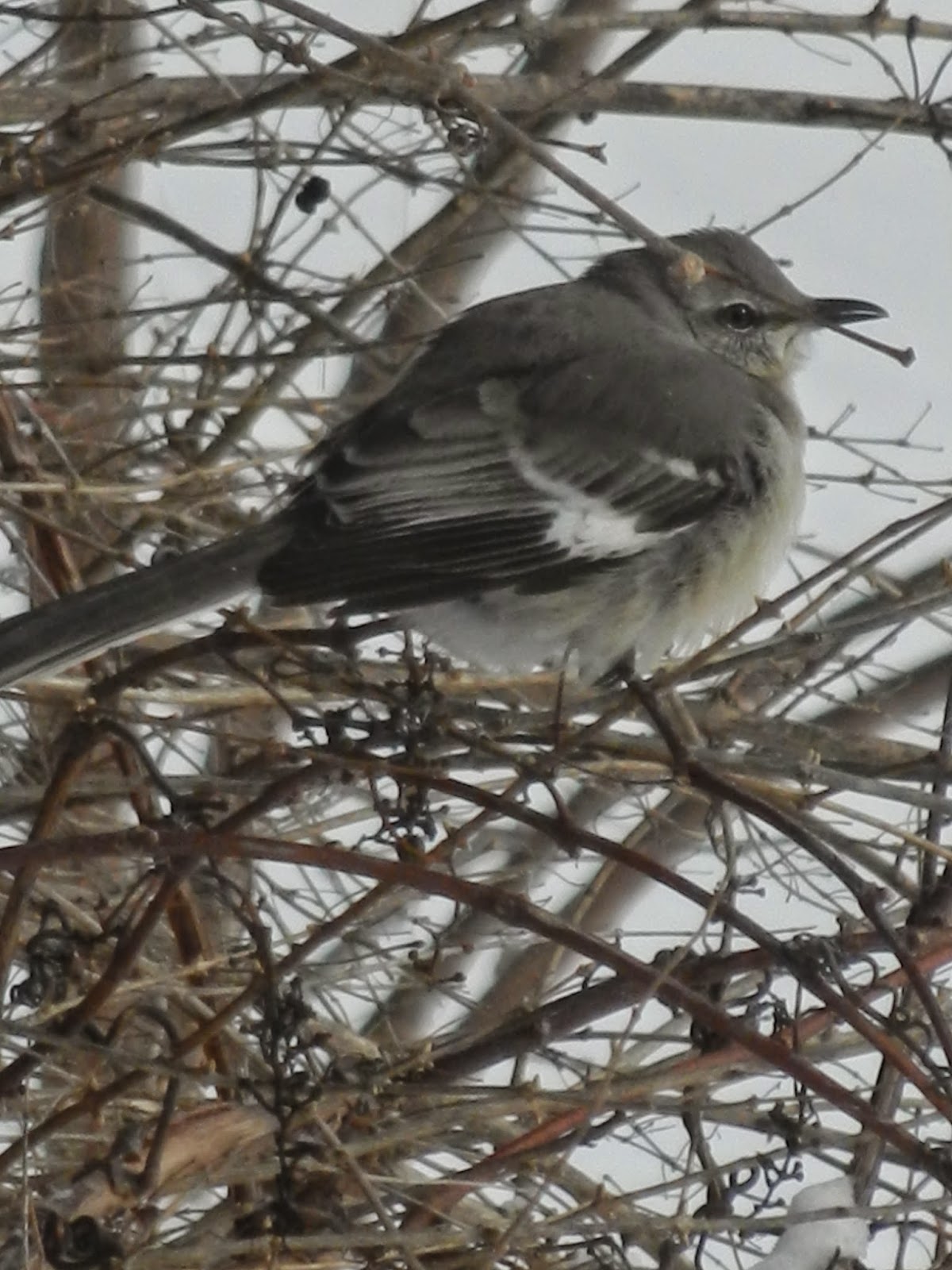