Today we're taking a day off......mostly  a day off.   A little laundry, getting tax stuff together in one place, cleaning up a few bills, etc. but no running around.

Saturday we went over to the farm and fired up big Beluga.    I put some things away, readied the inside for departure and then waited a nervous few minutes while the air system (think brakes and suspension) SLOWLY came alive.    Whew!


We've decided to take her to our local RV shop for the annual inspection and a few other small upgrade,s including one that that will be a big help in the windy west.   Nina had a small awning over the beast's passenger side window (under the "big" awning) installed and I thought it was a stellar idea.   We are rarely able to extend the patio awning in the windy west and that leaves the window on that side vulnerable to rain and sun most all the time.   Putting a small window awning on it solves that problem nicely - thanks Nina and Paul! 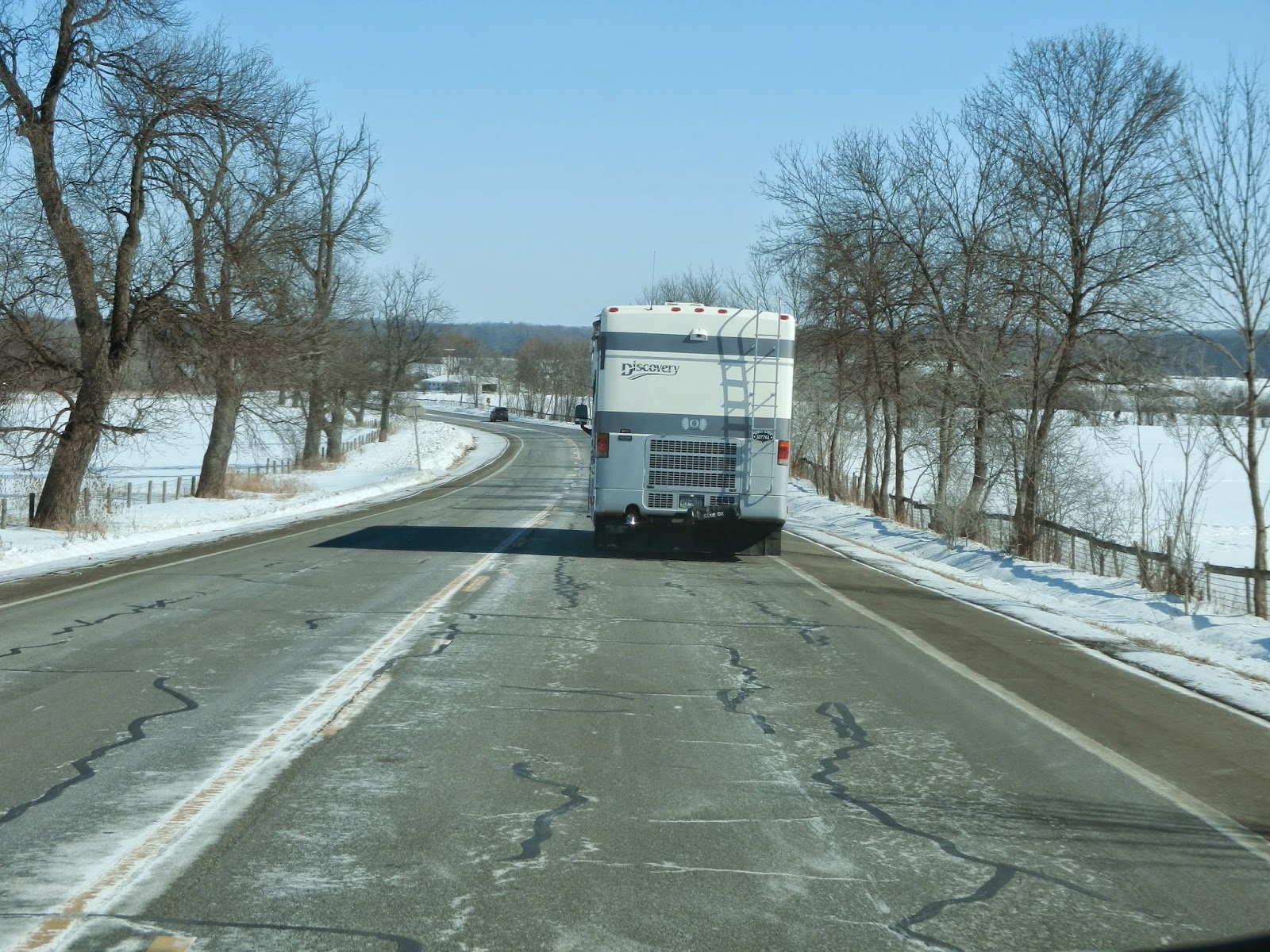 The sun was out and the roads were dry, so.....off we went.   It felt good to be on the road again if only to drive 20 miles!     Dave, the weatherman, says he's expecting the temperatures to moderate in mid-March so we're hoping to be able to bring Beluga back to the lake for its final loading by then.   Finger's crossed!   No matter, we're out of here by the last weekend in March - YES!

In the spirit of a fresh new adventure, we dropped into our local Jeep dealer to check out the new models.     Yep, we're picking up our brand new Jeep on Monday!    I hope the house sale money isn't starting to burn a hole in our pockets....

On the way home we passed a restaurant (Caledonia Village Inn) with two men outside carving ice sculptures!   Don't ask why, I don't know, but they were beautiful, glittering in the bright sun.  There were two more in the making! 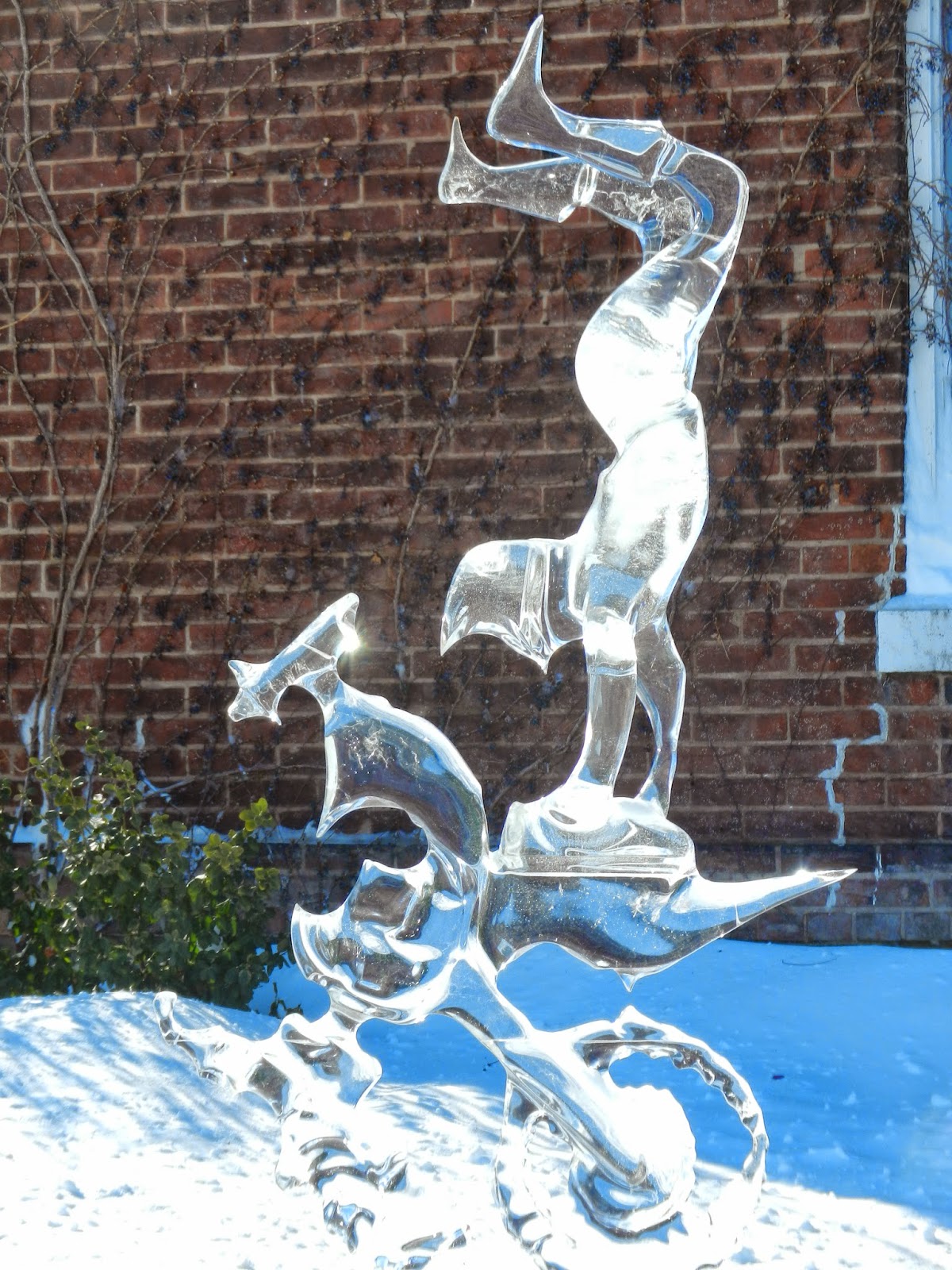 Back home we hung a few more pictures, adjusted a few doors (with help)  and gave the dogs a little fun in the snow. 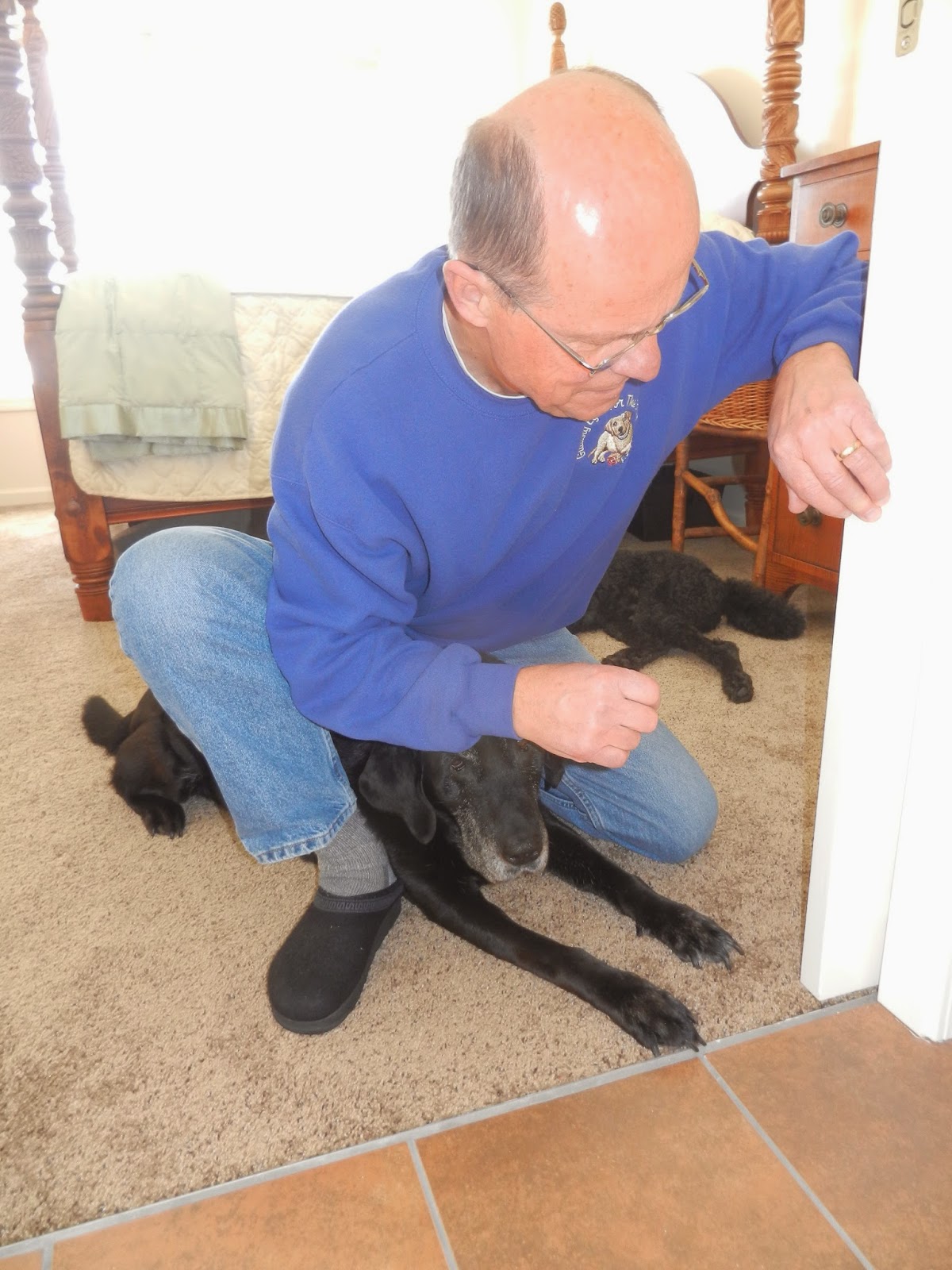 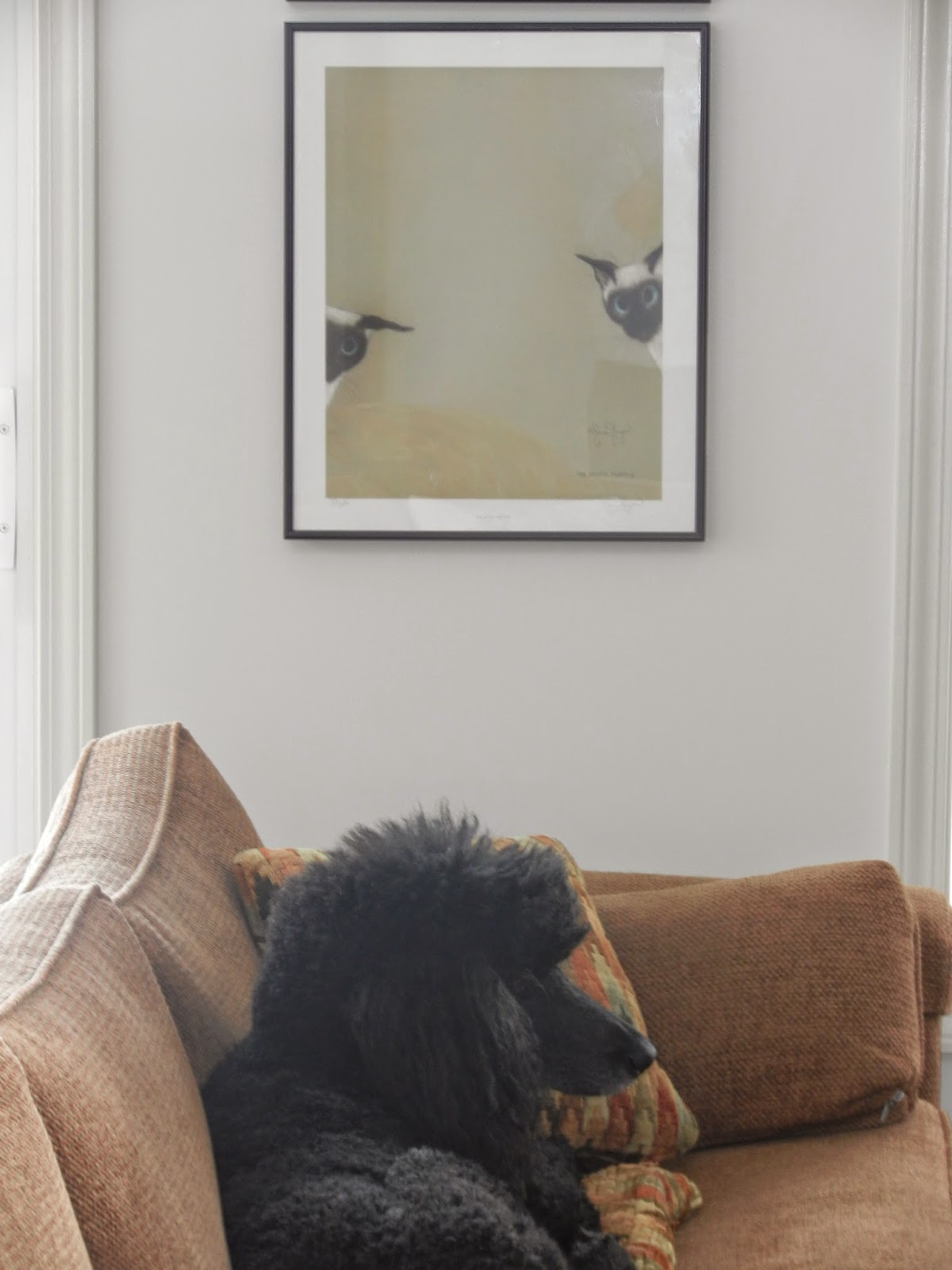 Oh, they do love the snow....especially you-know-who! 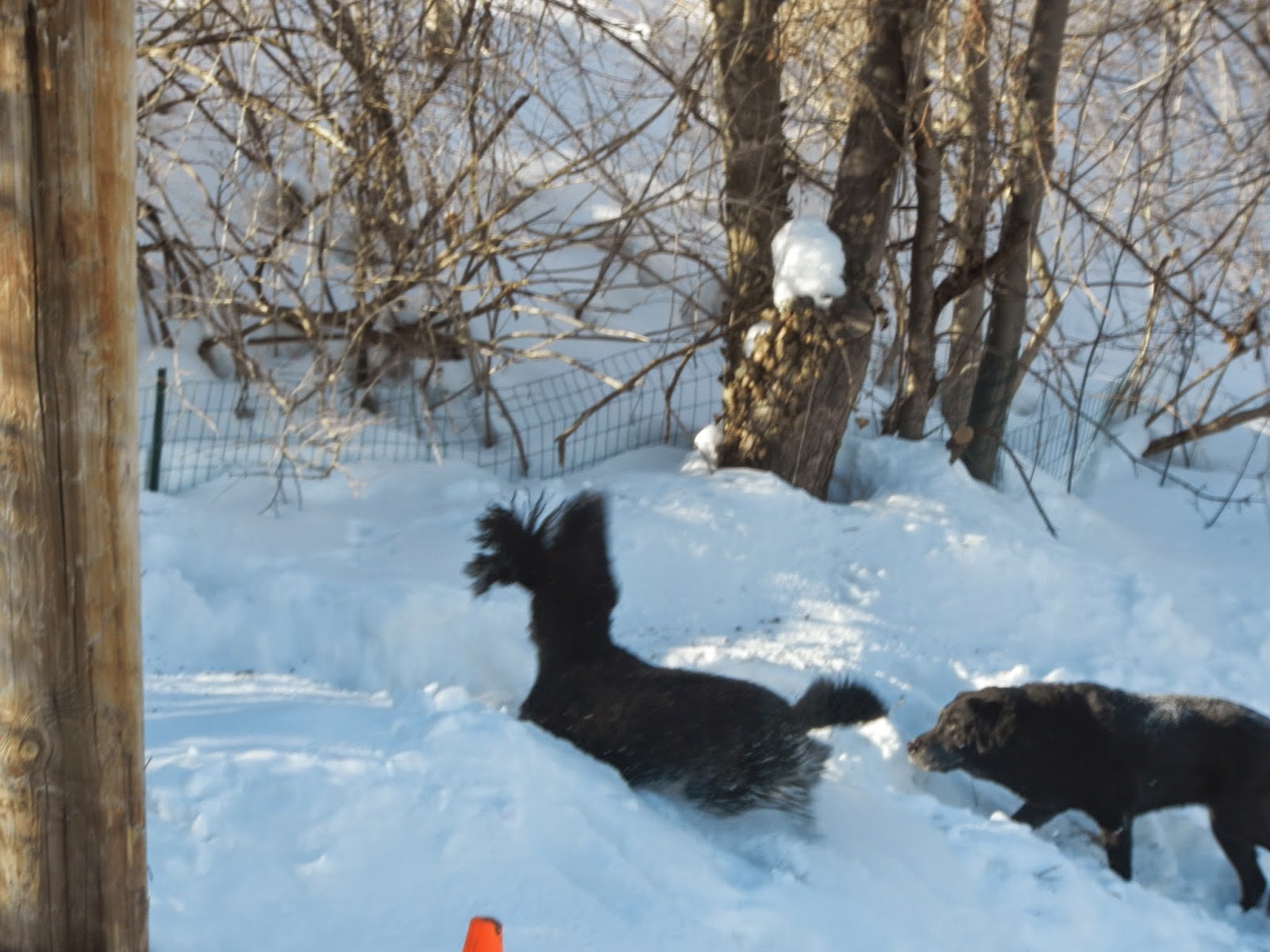 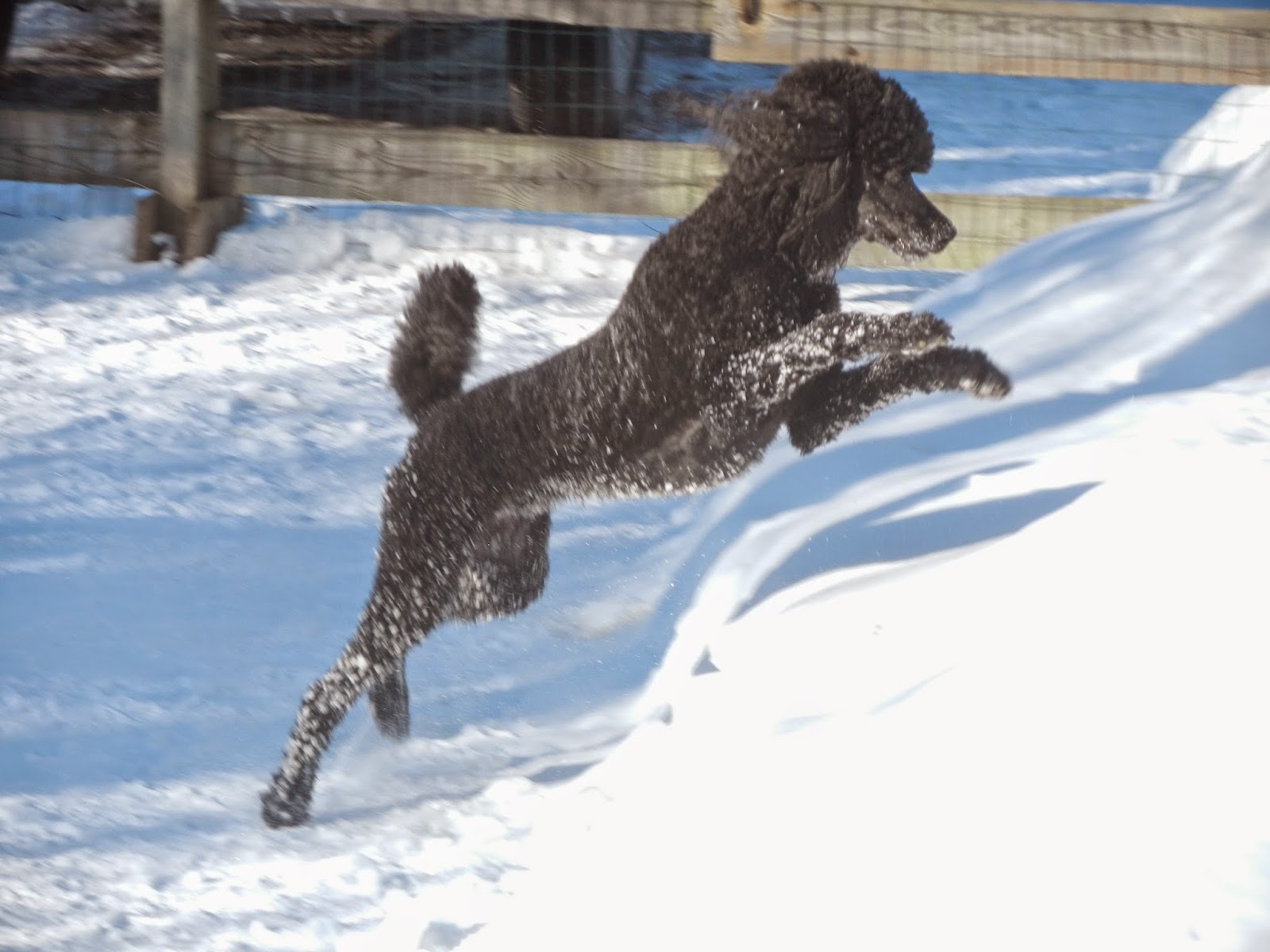