After an overnight stop in Gallup, New Mexico last night, we continued west on I-40.

Today's drive was a bit of a trip down memory lane for us.   Our very first trip west in 1971 took us along much this same route, although then it was on route 66, (before it became "historic route 66") there was no I-40.    Our conversations took us back to the trip that started our wanderlust and our love of the west.

Dave was attending R.I.T. (Rochester Institute of Technology) and I worked there at the Placement Office.   We were 21 years old and were married for just a year.   My boss asked us if we would be interested in driving her and her partner to Scottsdale in their brand new Buick Rivera.   They had sold their home in Pittsford, New York and were retiring to the sunny southwest.   They were concerned about their safety traveling alone and knew that Dave would take good care of us all.    All expenses paid, two weeks paid vacation for us both....   Of course,  we jumped at the chance and had a glorious time traveling across the country with these two fascinating women.

The die was cast.

Today we drove through the high desert, passing small enclaves of Native American hogans and corrals and not much else.    In the distance, the presence of water was announced by a line of brilliant yellow cottonwood trees. 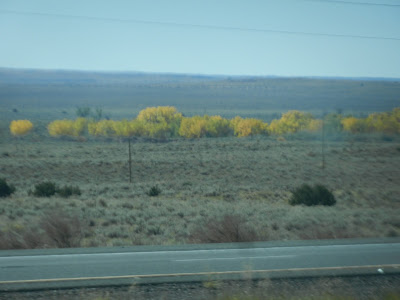 We were reminded how excited we were as we began seeing the flat topped mesas, wonderous shades of red.    And the endless trains snaking along beside them. 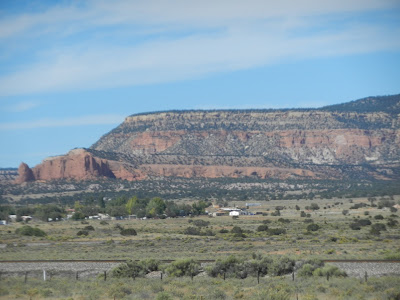 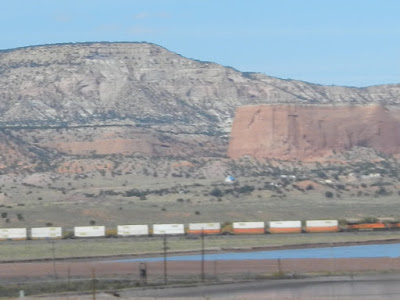 We pulled into a KOA (gasp) in Holbrook this afternoon and set up in a nice quiet site.   I don't actually know what time it was, we're now in Arizona where they don't do Daylight Savings Time, so are we still in Mountain Time?  We'll be here for the weekend, planning a trip to the Petrified Forest and perhaps the nearby Meteor Crater.    The local Safeway is on the old "historic route 66" and we passed a few remnants of the past on the way to buy bananas. 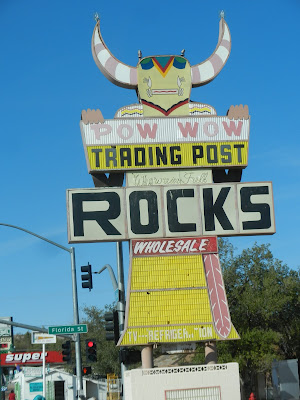 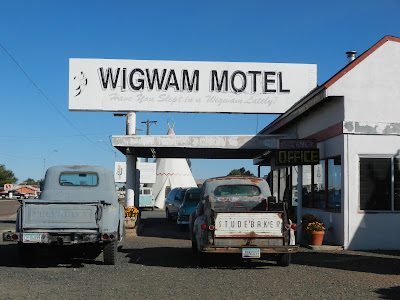 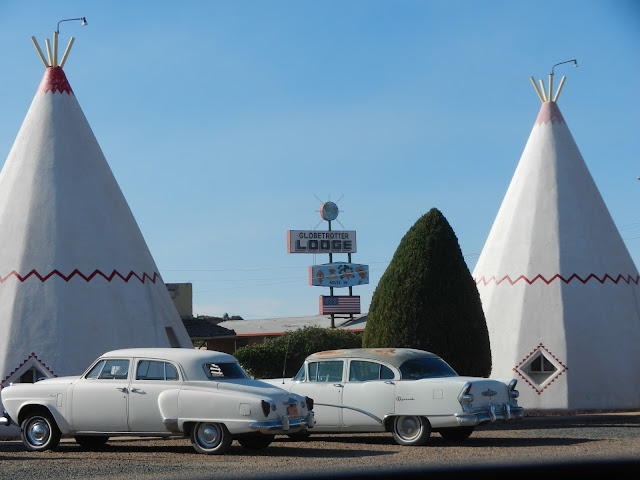