Our last few day in Williams were spent wandering the plentiful Forest Service roads both north and south of our campgrounds. 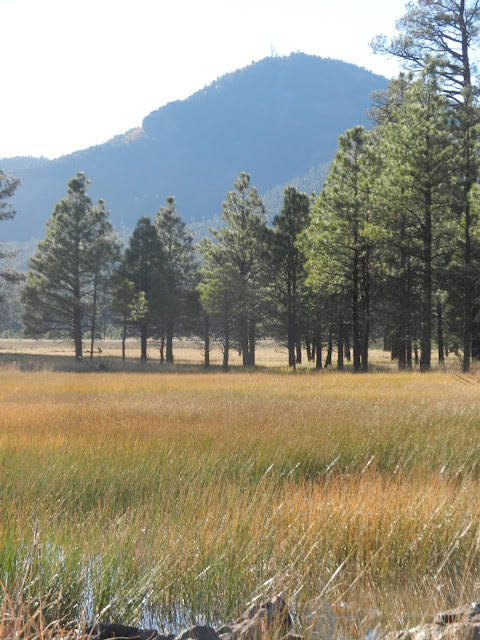 One day we unfolded our HUGE Forest Service (Williams section) paper map and used it to find Dogtown Reservoir. 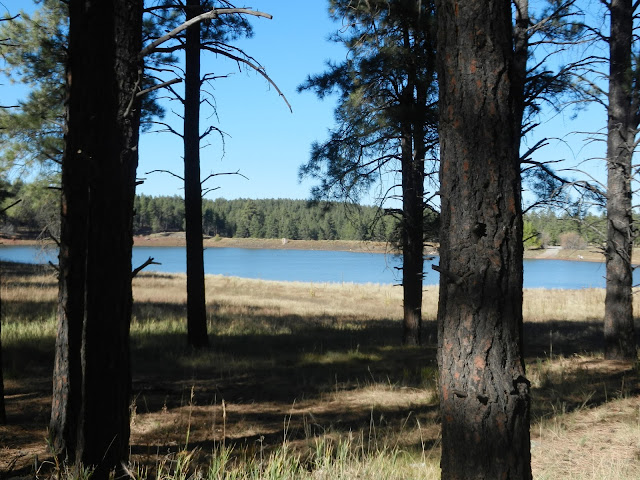 The nicely wooded campground was closed and there were only 2 or 3 people fishing on the lake.   We watched an Osprey work one end of the reservoir, I think it was the same one that Jodee saw here!     We walked along the shore a bit then got back in the jeep to see if we could find White Horse Lake.    It didn't seem like it wouldn't be too hard to find,  we had our ginormouse crinkly map after all.....

Unfortunately the mammoth map and the markers on the diverging trails bore little resemblance to one another.  On the map, FS 741 - on the marker, FS 3295.    On the map 140C, on the marker 140SL.    Finally we found one road where the marker and the map agreed AND was going in the correct direction.   We took it and drove about 15 minutes until it abruptly ended.    Alrighty then, back we go!

We passed many lovely private campsites on forest service land, spots that I would love to camp at some time if we could ever find them again. 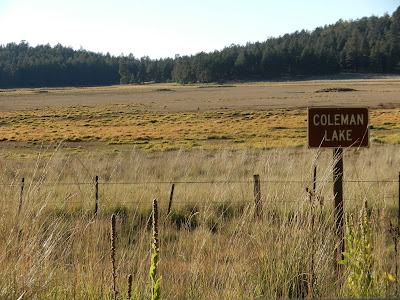 We passed a nicely signed lake that wasn't a lake and ended up in an area choked with smoke from another prescribed burn.    Enough, we went home.


Another day we packed up sweet Lewis and drove back to the closed campground area at Dogtown Lake.....we knew how to find it. 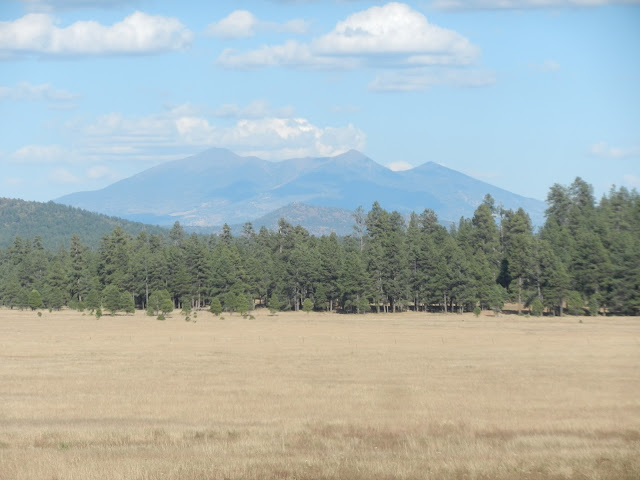 It was an absolutely beautiful day, sunny and just warm enough.   No one around.
Lewis so enjoyed his long walk in the woods with his ball (us too, he enjoyed walking with us, too).    The pine needles were soft on his feet and there were no scary bikes zooming up from behind. 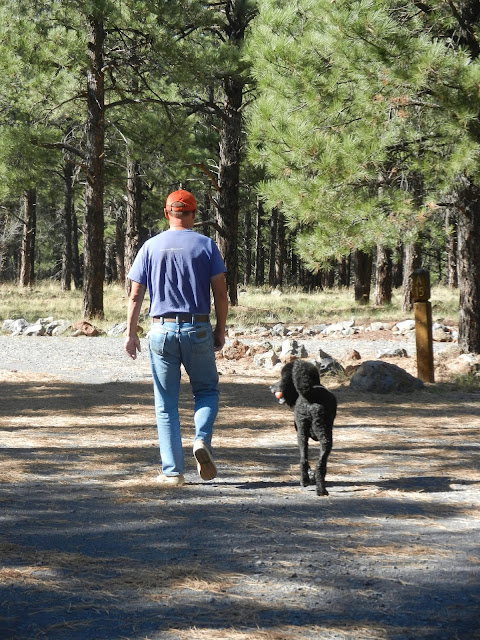 Nuthatches yammered and flitted along with us from tree to tree as if they were bored by this empty campground and trail, happy to have people to talk at again. 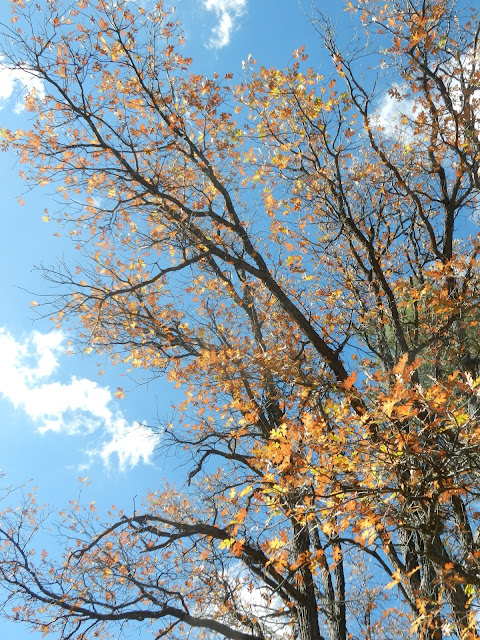 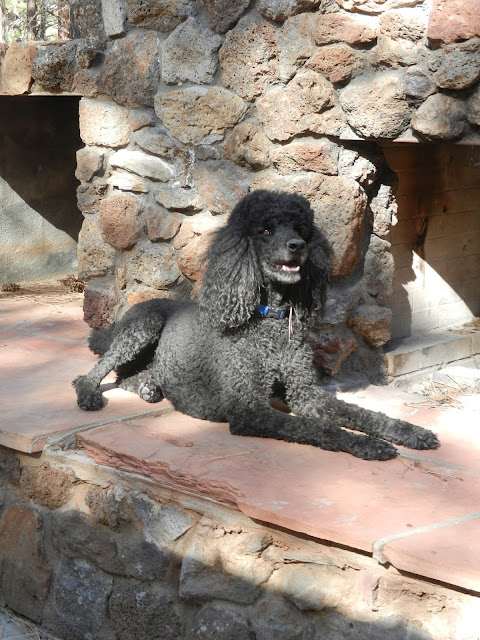 Lewis happily climbed up and over every new thing he encountered, a log bench, a huge rustic stone fireplace in the group camping area, downed logs, he enjoyed them all. 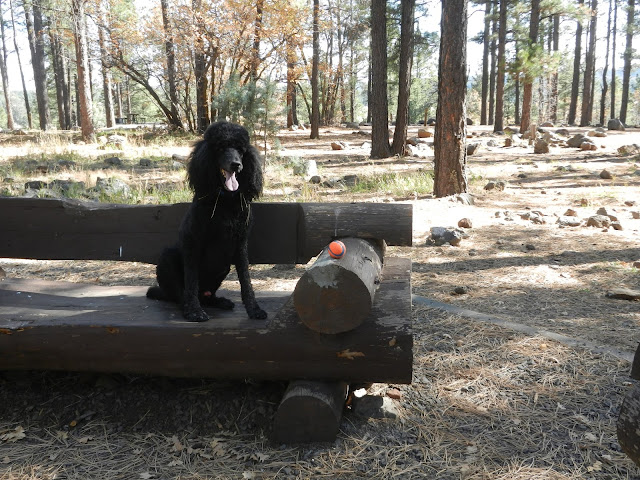 After walking all the loops (almost 2 miles!) we piled back in the jeep, determined to find White Horse Lake.   We found it, after a long washboardy drive, we found it.     The road in was closed.    I hate when that happens!

We were all tired so we gave up and headed home just in time for happy hour.


Another day Dave and I drove into the historic district of Flagstaff.   We were going to park and walk the streets, but it was Sunday and the area was just too crowded.   We looked around a bit, found a neat old church beginning to kneel from neglect, and then took the road out of town,  leading to the Snow Bowl. 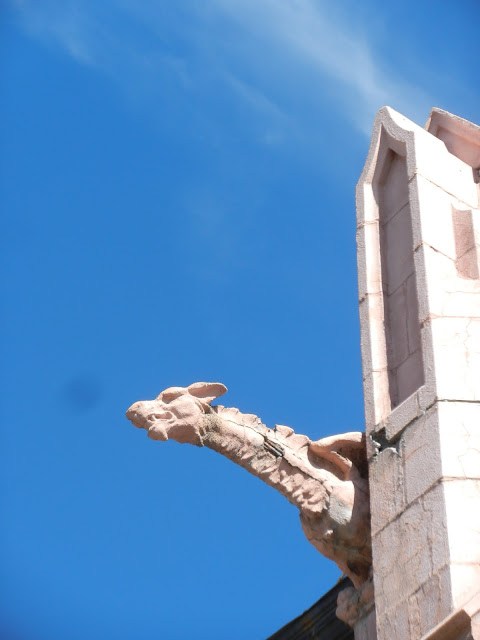 It was a beautiful ride through groves of aspen, mostly bare of their spectacular fall foliage, but every bit as picturesque.


At the top people were lining up for lift rides up to the near 12,000 ft summit.   We watched for awhile before heading down to continue our ride. 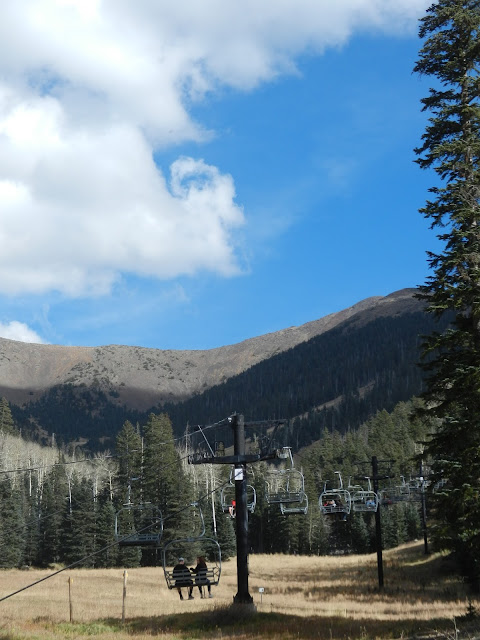 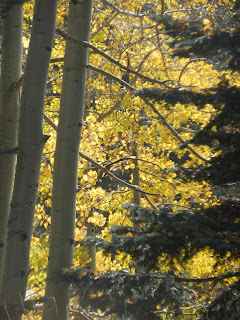 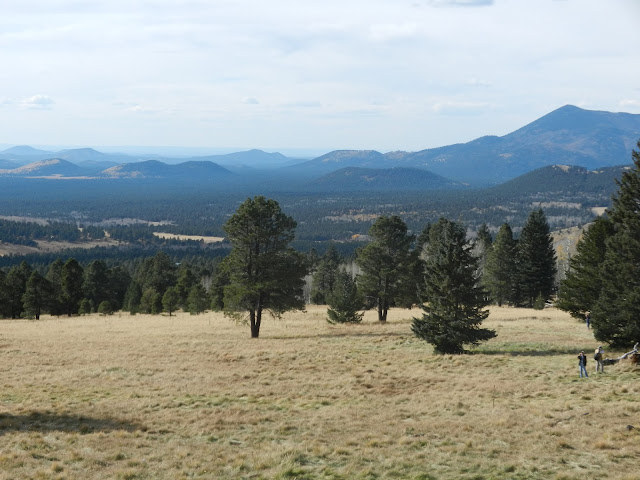 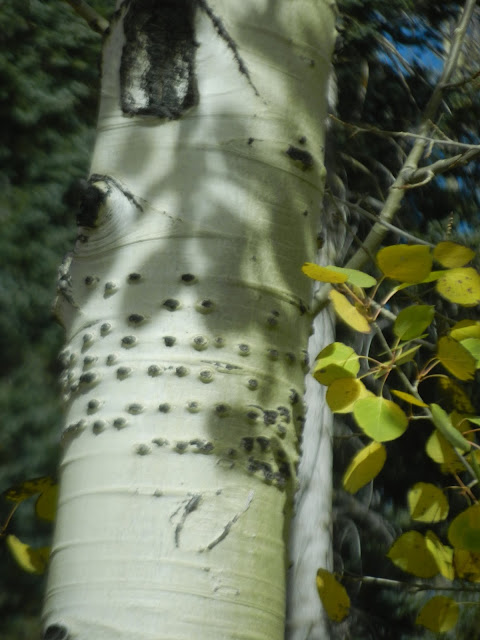 We were scheduled to leave Williams on Sunday, but we opted to extend our stay by one day to avoid driving Beluga on another very windy day.   We've learned our lesson!    It was a good choice because it blew and rained and thundered most of  the afternoon and through the night.

We had a great drive west today and tonight we're settled into a nice large site at the Boulder City, Nevada Elk's Lodge.    We'll be here for a week or two before turning south for Thanksgiving in San Diego. 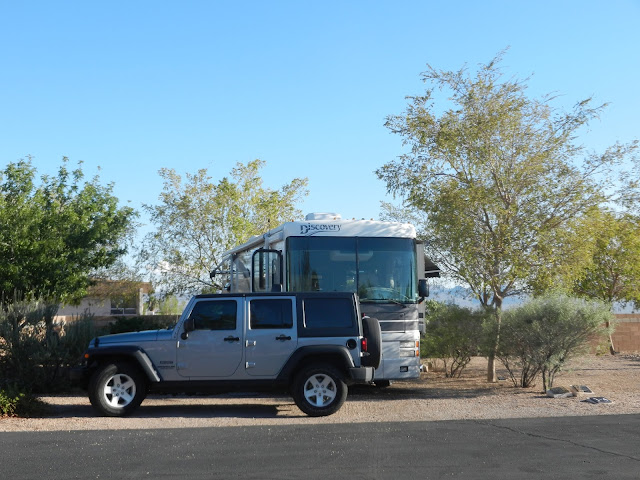