Tuesday was Jodee and Bill's last day here.    They asked us if we wanted to take the Jeeps out and have a little fun; yes said we!


Jodee had a plan, so we simply followed their mango tango jeep through the campground and east to Redington Road. 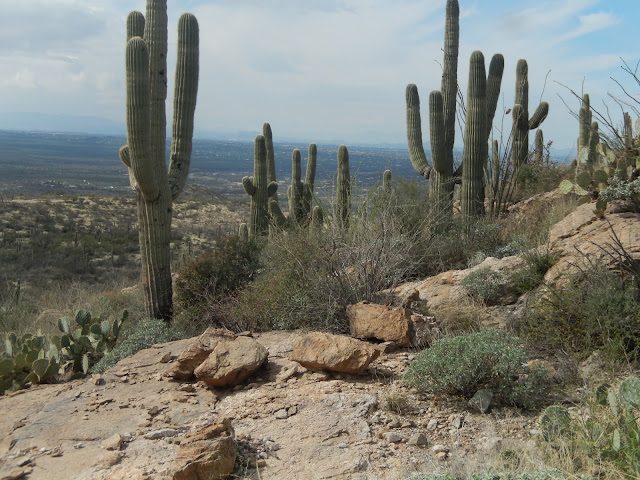 The pavement ended and the road became a wide rutted dirt road as we climbed through a virtual forest of Saguaro. 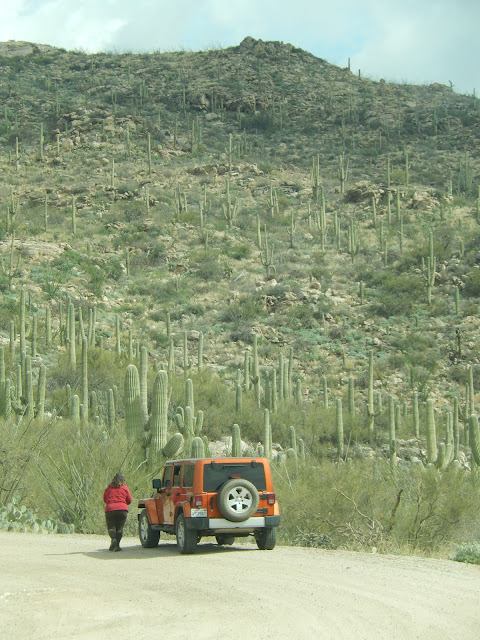 We stopped along the way for photographs and to scan the near hillsides and distant mountains.    Its fun to look for the elusive crested Saguaro (and we have to report them to Pam), waterfalls, assorted animals and desert life in general.


But its also fun to notice what is right underfoot. 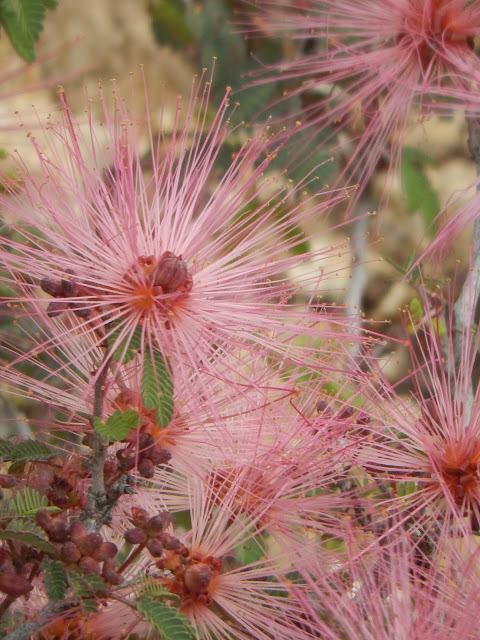 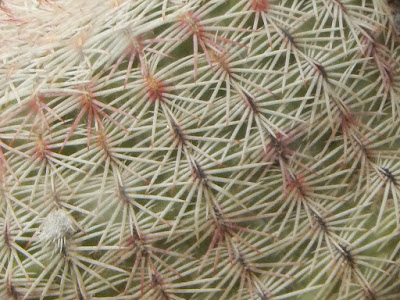 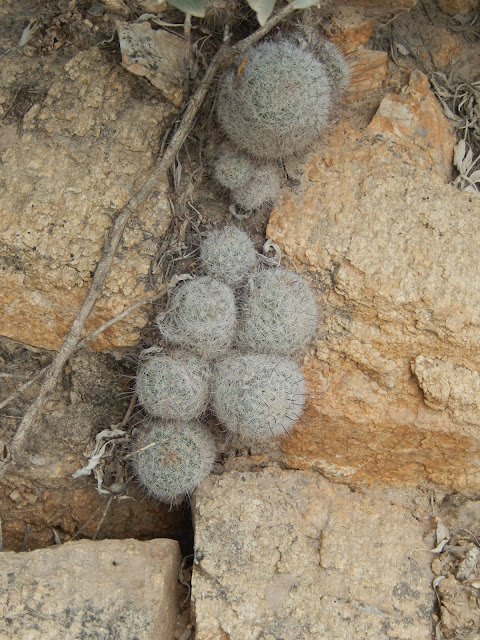 The cloud formations were fantastic and they only enhanced the expansive views. 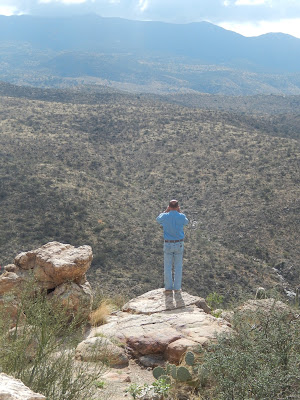 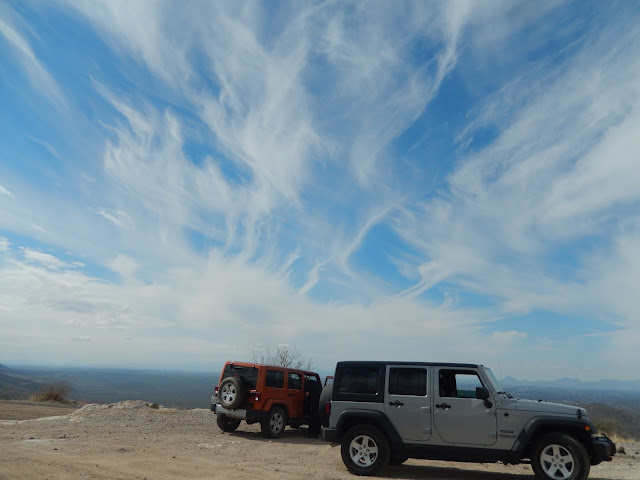 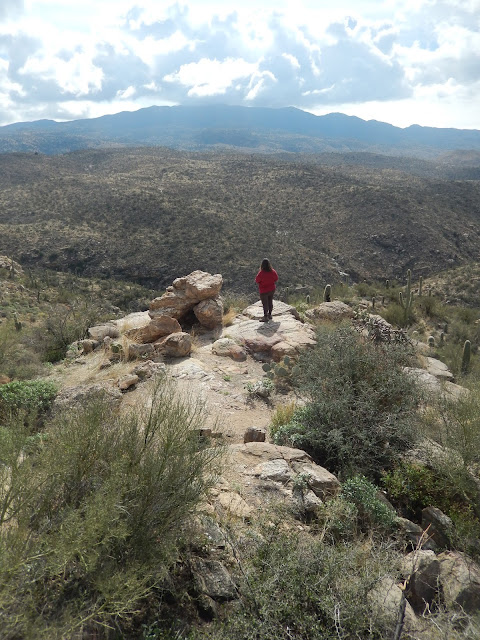 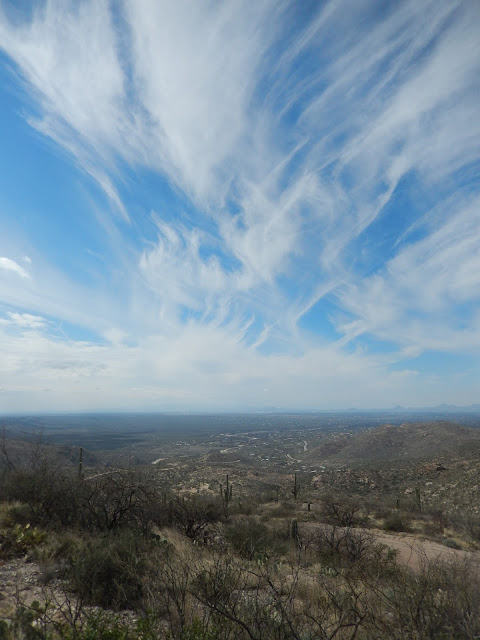 I knew there were a number of natural "tanks" or water holes along this route. 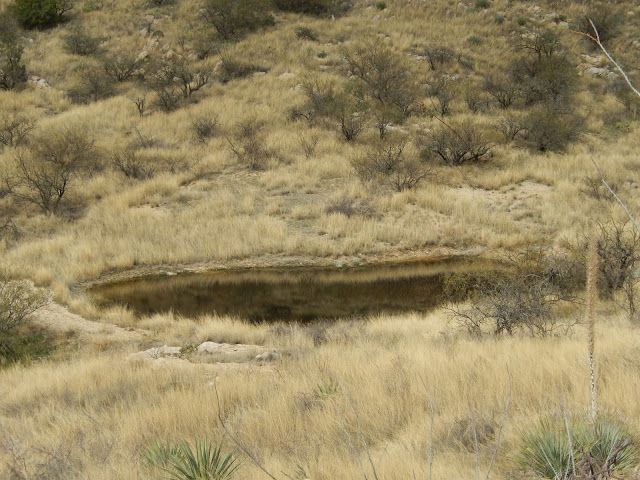 We decided to head for one named Josephine Tank (in honor of our leader, Jodee) for lunch.   You know how I  like to have lunch by the water. 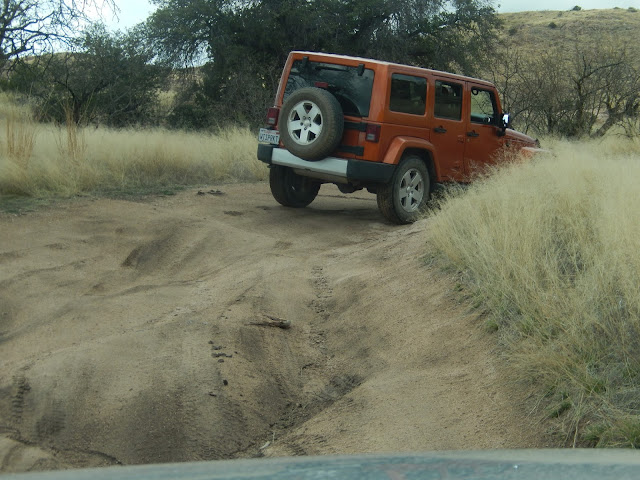 Best laid plans.....It turned out that Josephine Tank was a hike-in only trail so Bill suggested we backtrack a bit and try and find Race Track Tank. 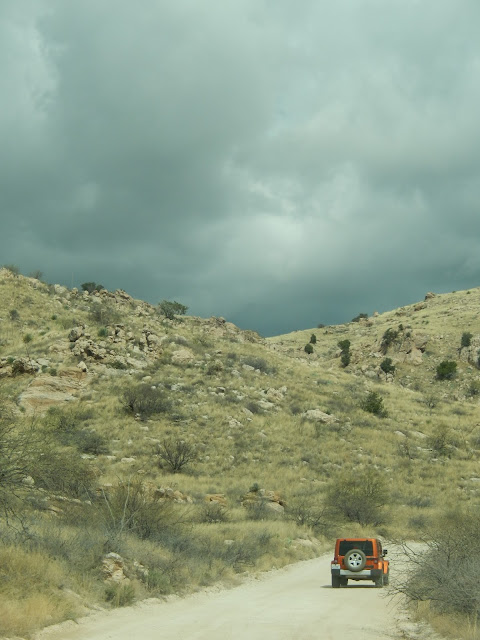 The heretofore beautiful clouds were beginning to join up and darken but we were sure our trusty Jeeps could get us where we wanted to go. 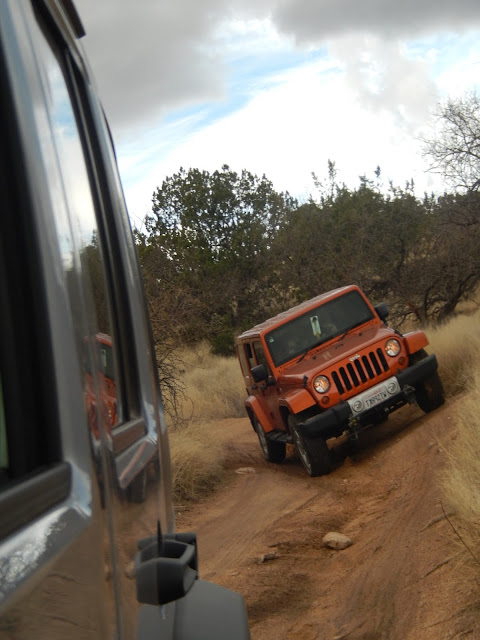 After turning off Redington Road onto a spur the track became more eroded and difficult so we decided to stop for lunch and then decide whether it was wise to continue to on to find the Tank. 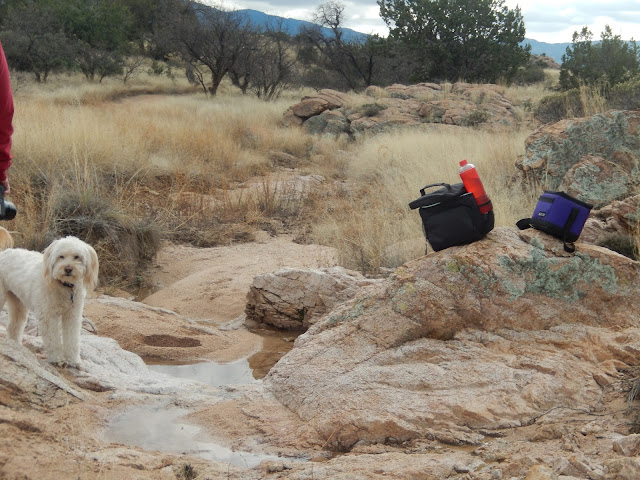 We set up our gourmet repast on a large rock in the middle of a low running stream and enjoyed sandwiches and conversation to the sound of a tiny nearby waterfall.

It was decided to finish our drive to Race Track Tank, we knew we were close. 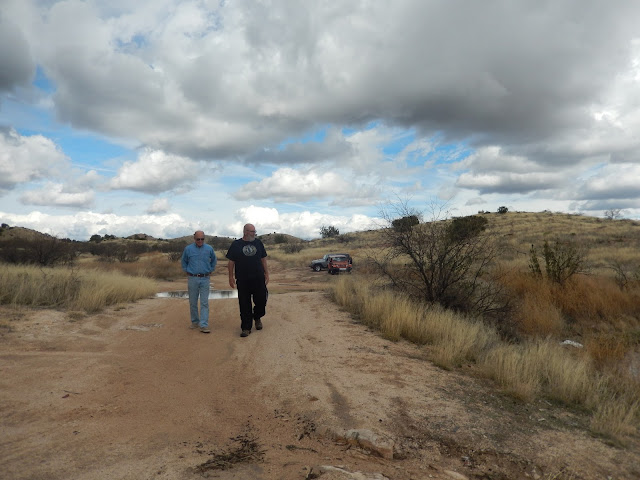 Bill and Dave walked and talked.    Jodee, Tessa and I explored the shoreline a bit and took some pictures.


We soon realized that the spots appearing on the water were not fish hits or bugs but were, indeed, raindrops.    The weather had finally caught up with us.    It rained lightly on our way home.

We're so glad we shared this great day with our friends. 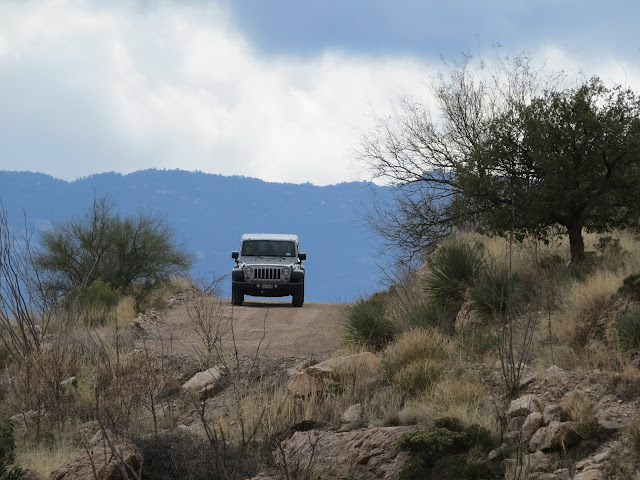