The spectacular wildflower display surrounding us was beginning to wilt under the above average temperatures.    Our last day in site 33 we had a very handsome visitor for lunch.   He knew just how to keep cool on the shady Mesquite branch outside our window. 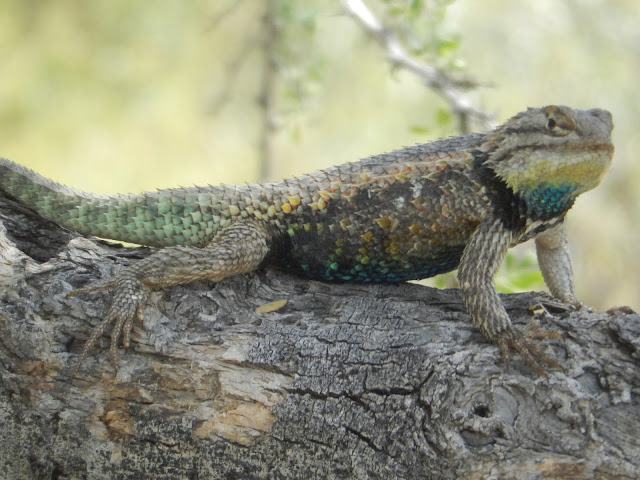 We thought he came dressed for dinner, but we soon realized that he was expecting a visitor.... 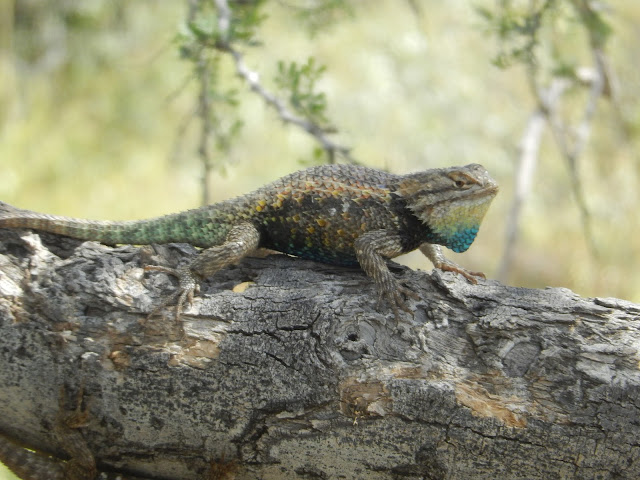 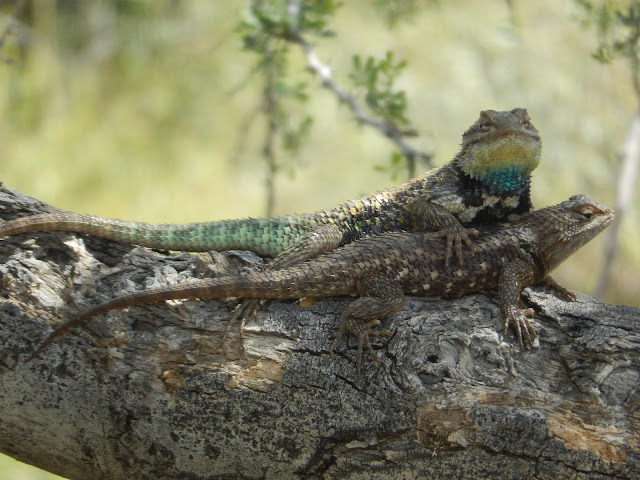 We pulled down the "poof" curtain and gave him his privacy....

I was really looking forward to our next stop, a 10 day stay in Catalina State Park, just a bit north of Tucson.   This is one of our favorite parks but unfortunately the site we have is not to our liking.    Definitely not to our liking -  so we decided to stay just one day and then move back down to the Lazydays KOA to finish up some of the things we want to do in this area.    Site A-8 looked great on paper, and even on Google Earth, but its orientation gives us very little shade, close neighbors on all sides AND we're directly at the end of a busy trail resulting in everyone walking through our site and around Beluga.     We'll surely be back to Catalina and I'll pick my site more carefully next time.


With our one day we decided to take the back way up to Mt. Lemmon.   We had driven the beautiful, paved, captioned route before and loved every minute of it but.....show me a dirt road and I'm always ready to see where it goes!

We drove north on rt. 77 through Oracle (at about 4,000 ft. above sea level) and off onto the wide, graded dirt road called either American Avenue, Mt. Lemmon Control Rd., Oracle Control Road, or NF 38.   We understood that it would be about 25 miles to the top so we packed up Lewis and lunch and planned for an entire day of autohiking. 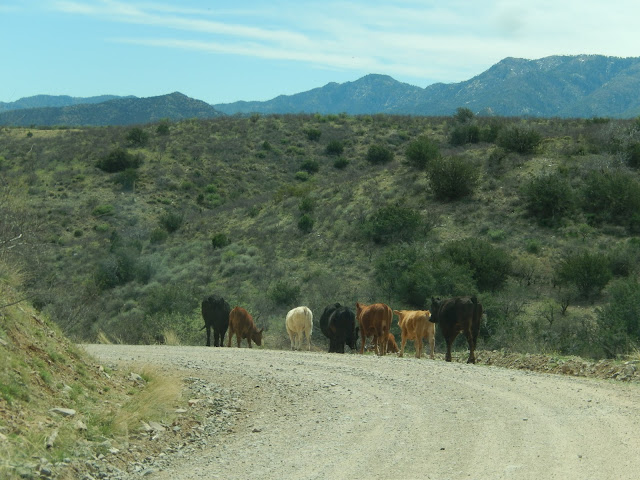 We encountered a bit of traffic on the lower sections of the road.   It was slow going but eventually they turned off on smaller side roads and we were able to move along again.


Most of the lower portion of the road was like a Sunday drive.  It was obvious that many fires had devastated this area once, but now it resulted in wide open vistas for us to enjoy. We crossed many spots where water would be coursing over the road in the rainy season.   As we began to climb we encountered a few small streams running across the road and at one was a small, delightful little pool with a tiny waterfall on one end. 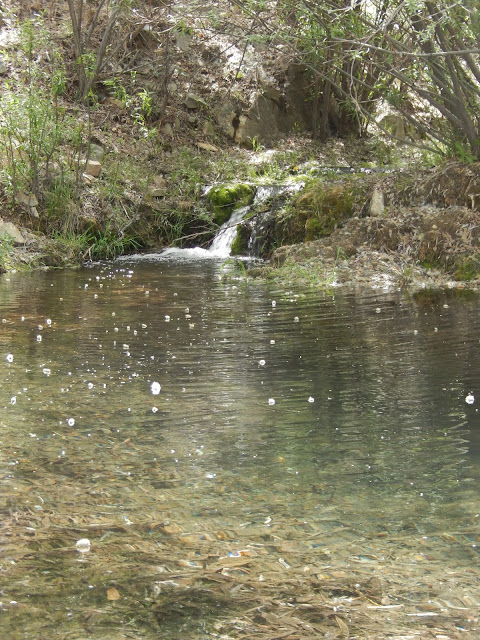 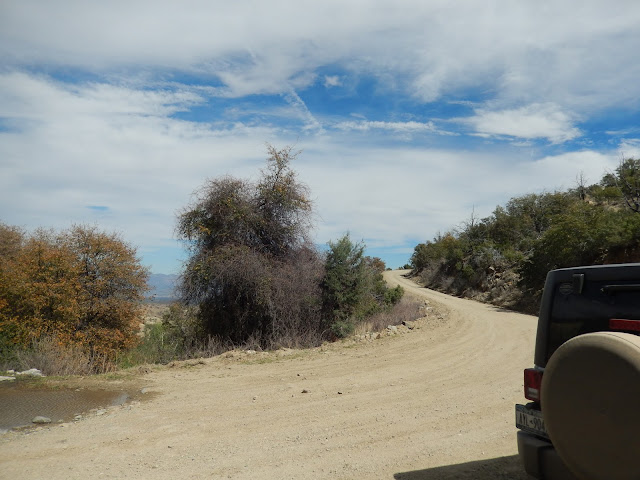 Dave waited with the Jeep and I crawled through the small willows lining the pool, following the sound of water.    Just a few feet off the dusty dirty road I came upon this quiet and cool little bower. 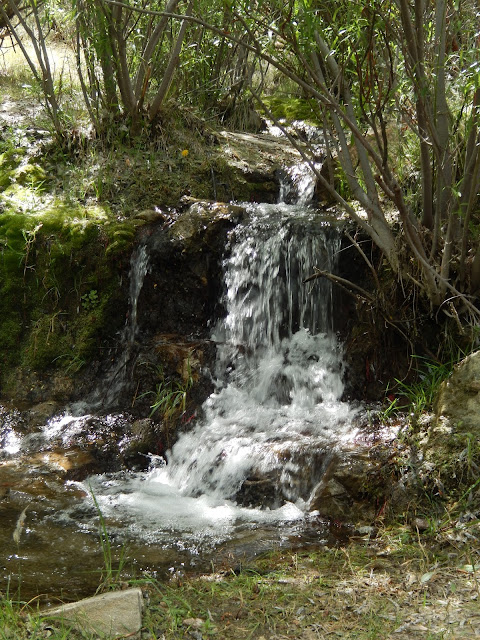 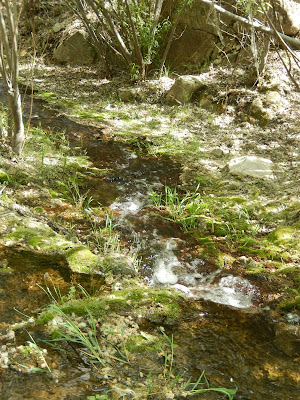 Such unexpected pleasures along the road.

From that point on I took no more pictures until we reached the top and I was able to unmold my fingers from the dashboard grab bar......

The last 8 or 10 miles climbed steeply, sometimes on sharp switchbacks that I named paperclip turns, sometimes just up at about a 10 to 15% grade along a narrow, rocky shelf with up on one side and very down on the other.    I'm happy to say that we met no one coming down the road toward us.   There were a few poor excuses for pull outs along the way, but I wouldn't want to be the vehicle that had to use one of them.....

We popped out onto a beautiful, wide paved road near the small vacation community of Summerhaven at about 8200 feet above sea level.   Our original plan (before starting on our journey) was to take the same road back home.....but once at the summit it was clear that the nice, smooth, civilized Catalina Highway was what we would take!


Lewis had been such a good boy jostling around on the long bumpy road that we decided to park on Bear Wallow Road and give him a good run in the forest.  It was good to get out and stretch our legs. 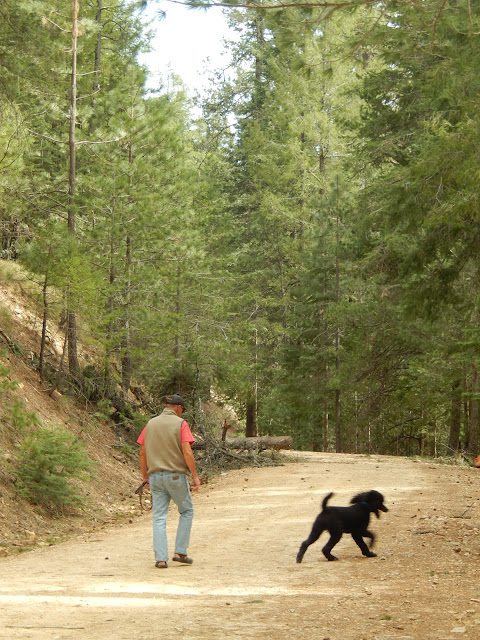