Since Saturday was our last one in Tucson, MonaLiza invited us, along with Pam and John, Gay and Joe, and fellow bloggers we hadn't yet met, John and Sharon zeetraveler.blogspot.com to their new site for her famous Lumpia.   Who could resist that!

Gay and Joe weren't able to join us, their sweet dog Dover was "indisposed" and they didn't want to leave her alone.

We sat outside and talked and ate and generally enjoyed one another's company until a large dark shadow flew over and stopped our conversation dead.  The birder's among us quickly got out camera's and binoculars.   The other's laughed at our instant reaction. 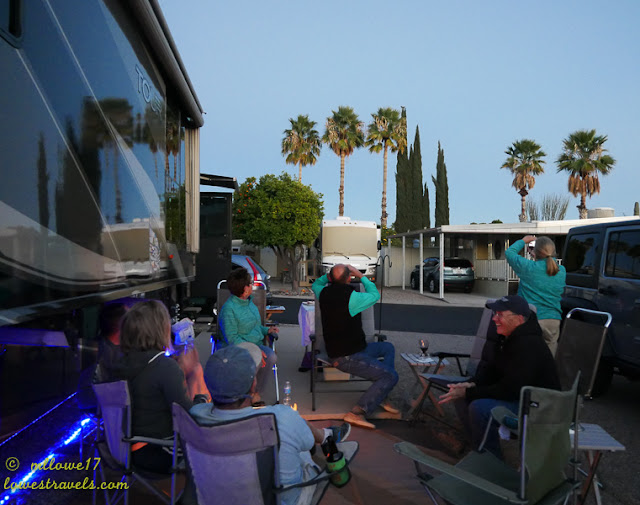 My camera wasn't up to the job of locating the distant shadow, but MonaLiza's was. 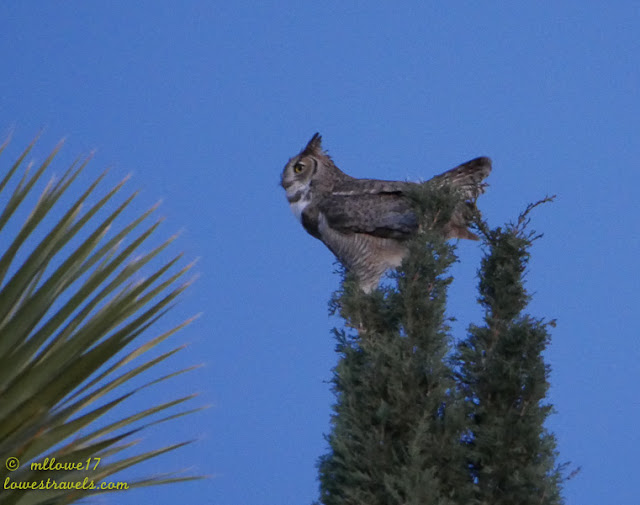 It was a huge Great Horned Owl perched on the tiny top of a columnar yew in the neighbor's backyard.   He put on a grand and noisy show for awhile until other pressing matters required his attention and he flew off.

Once the excitement was over, we all picked up our conversation exactly where we left off.    Steve brought out his fire pit and we sat around it until the evening finally got too cold and we all headed home.


We were due to leave Tucson on Tuesday, but the weather guessers told us that it would be rainy from Monday night into Tuesday so we extended our stay by one day.

After a consultation with John, Dave used the extra time to finish the repairs on Beluga's electrical system. He picked a bag of oranges and lemons for the road and even managed to bring in a few branches of fragrant lemon blossoms for me.


On Monday we accompanied John and Pam on a pleasant 2 mile hike through the very green desert of the Tucson mountains.


We hiked the Camaro Loop in the Robles trail system in the Tucson mountains.   We stopped to listen to the bird song and admire the cactus and ready to blossom bushes along the trail. 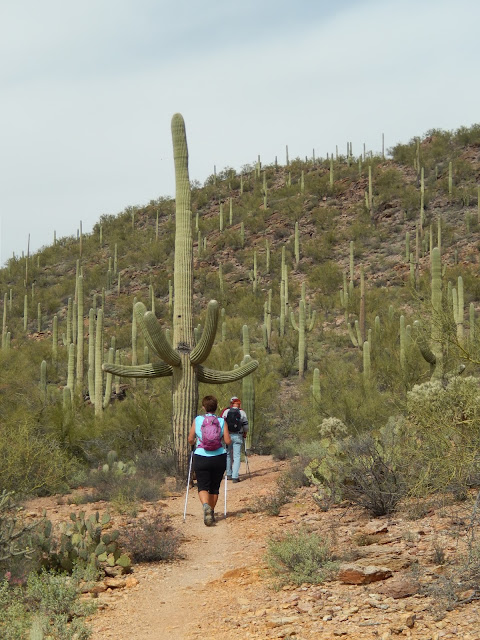 After our hike Pam and John took us to the Barrio Brewery so Dave could have a Sonoran Hot dogs,  he's heard so much about them since we've been in Tucson.   He pronounced it "good".....but that is from someone who hasn't met a hot dog he doesn't like! 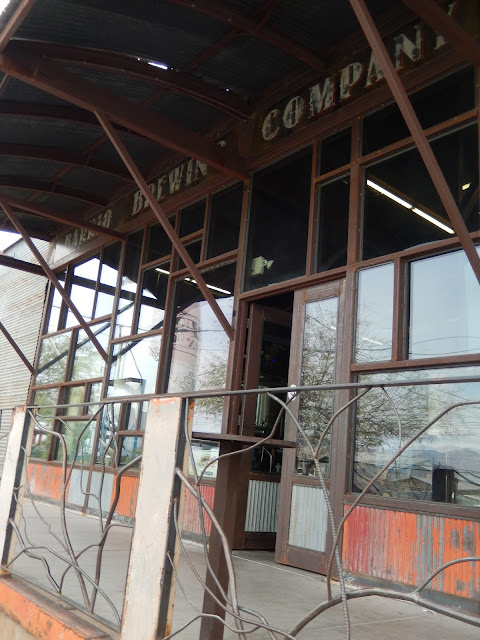 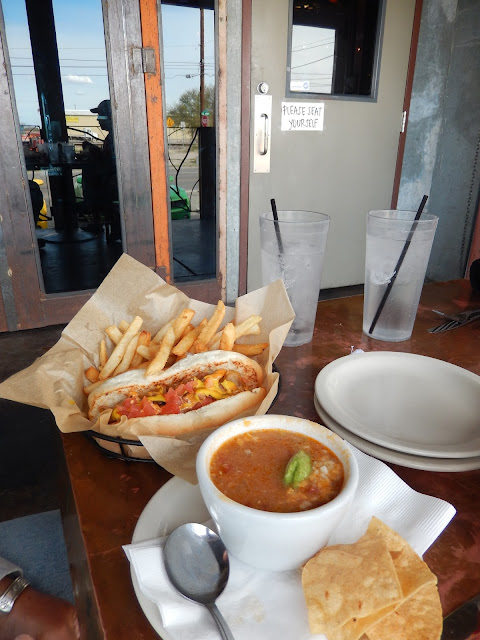 Wednesday we packed up and left Tucson, drove through the crazy Phoenix traffic and are now at a beautiful and peaceful Cave Creek site. 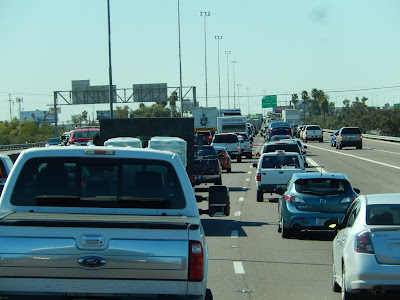 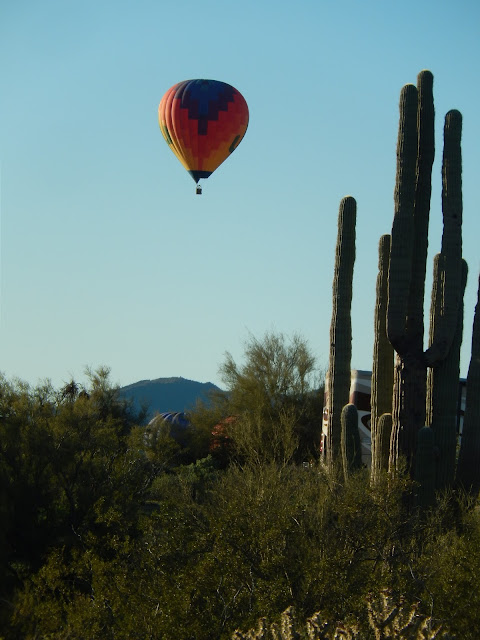 Lewis is also enjoying his big back yard. 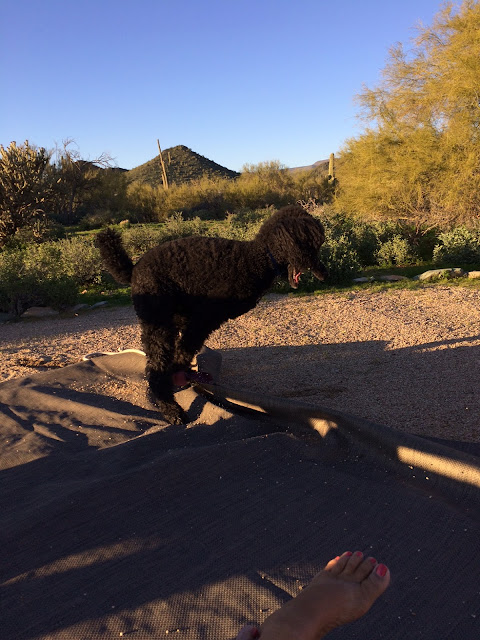 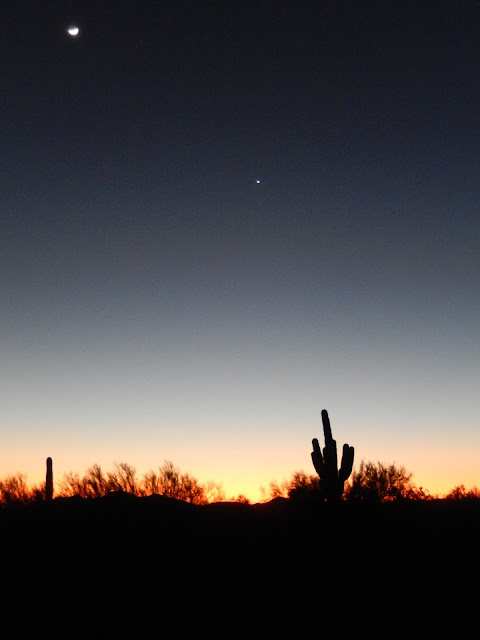