Another day in paradise.    We divided the day between beach and exploring pretty little Bay St. Louis.    Shrimp Po boys for lunch across from the marina, followed by a drive along the water. 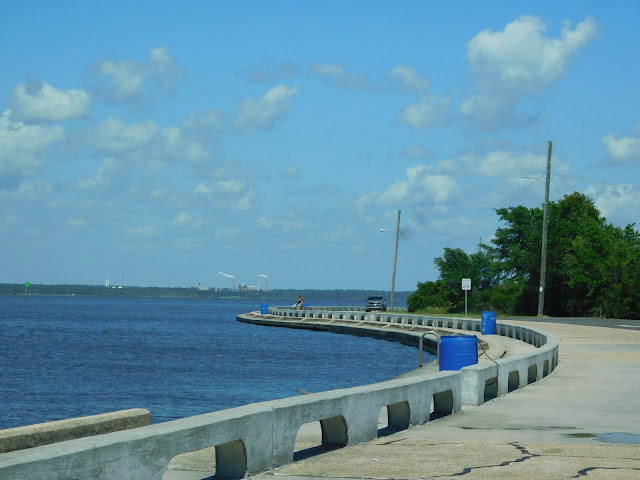 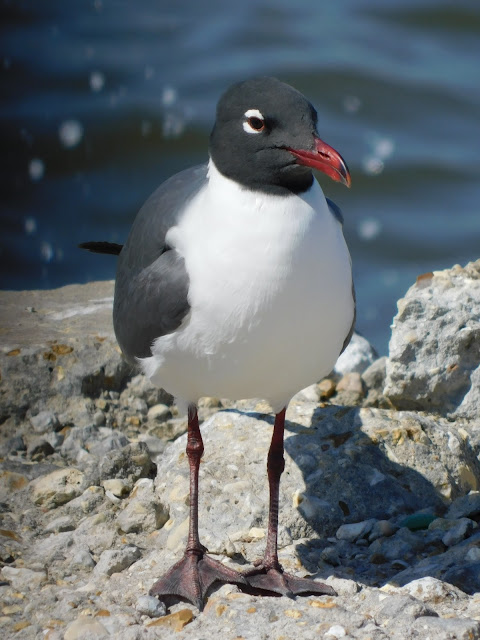 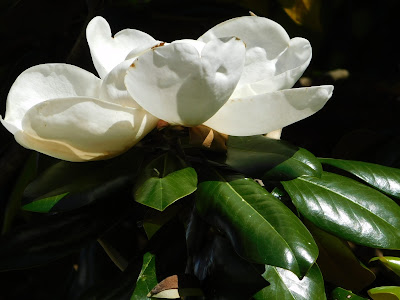 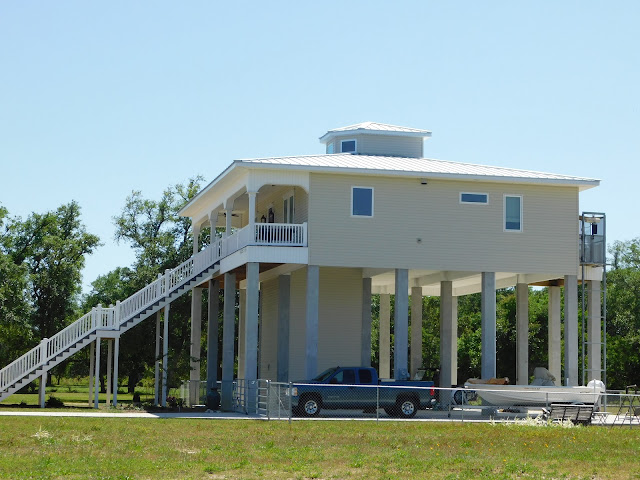 As we drove along we saw the results of Katrina's catastrophic storm surges in the driveways going nowhere, in the stairs that once lead to beautiful estates going nowhere, and  new houses built on stilts at least 17 feet high, some much higher.    We saw stilts that evidently were too low sitting alone, without their houses. 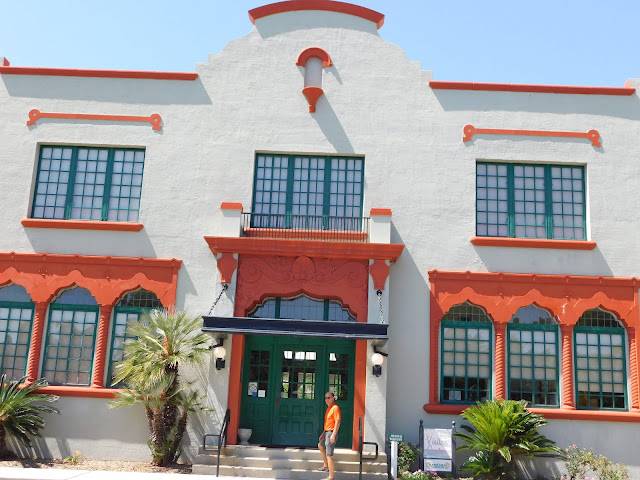 We visited the small Visitor's Center in the Historic Train Depot.    It's a odd sort of visitor's center, not a lot of information save some displays of the normal brochures and a very prominent collection of Mardi Gras costumes. 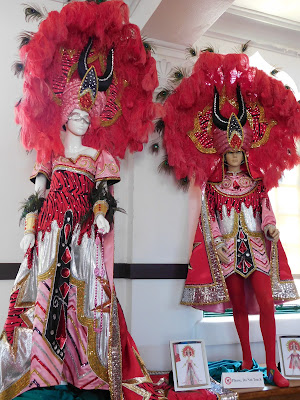 We were getting ready to leave when a little woman popped out of an office and asked if she could do anything for us.    We told her we were really looking for some photographs of Katrina's affect on the area and she pointed out a small album.   As we paged through the photos her story began pouring out.....she and her husband had a house nearby, an elevated house.    It was 15 feet off the ground.     Katrina had been downgraded to a catagory 2 storm and she felt they could ride it out easily.  To make a long story short, her husband watched the radar and insisted they leave right away.     Luckily they left because Katrina filled their home with water and mud - up to the attic!    She tells us that now the code for waterfront houses is 17 feet high,  I wonder if that is enough....

After dinner we took Lewis for a long walk on the beach.   As usual, he had a ball!    He's such a good boy, a very good boy. 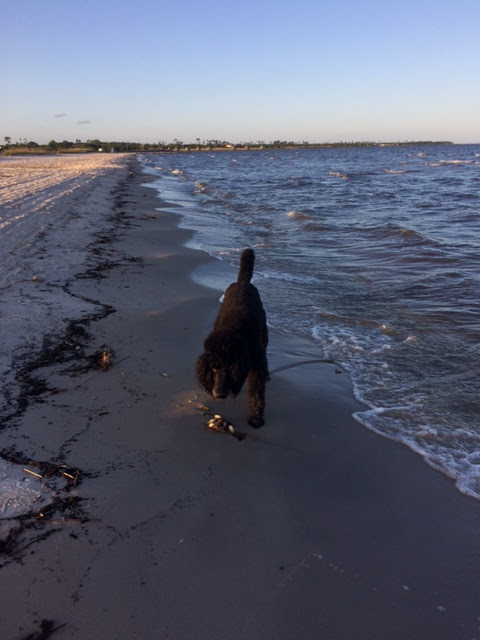 He was quite a bit in front of us,  running along the surf line when he stopped abruptly and turned back.    He's a good boy because he listens very well and responds quickly.    He listened to me yell "NO" "LEAVE IT" just as he was beginning to perform the dreaded shoulder drop on a very stinky fish carcass.   He didn't drop and roll, he came back to me......can you imagine what his long, beautiful ears would have smelled like if he wasn't such a good boy????