Wednesday at the lake 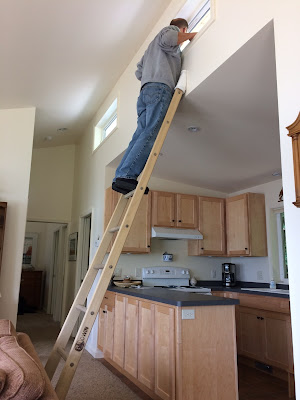 The orchard ladder we bought the other day works just great.   Now we can open those high windows and enjoy the lovely breeze flowing through the cottage.

They haven't been washed since the cottage was built so Dave went up the metal outdoor ladder and took care of that job this afternoon. 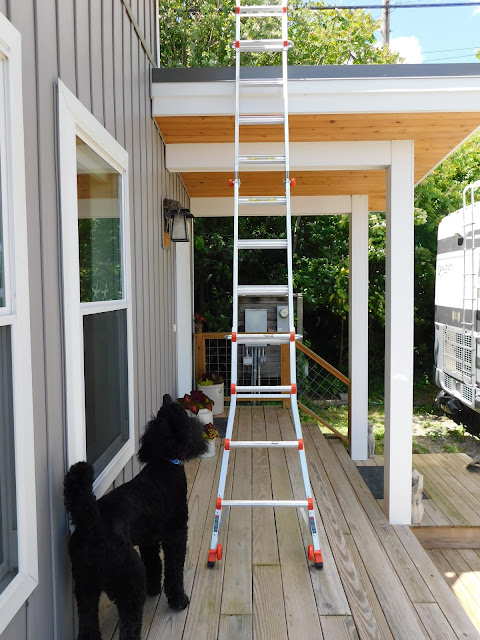 I was waiting for Lewis to try and climb up after him.   A friend's Golden Retriever did just that once, he followed Barb right up onto the garage roof.   Let's just say he was obsessively attached to her. 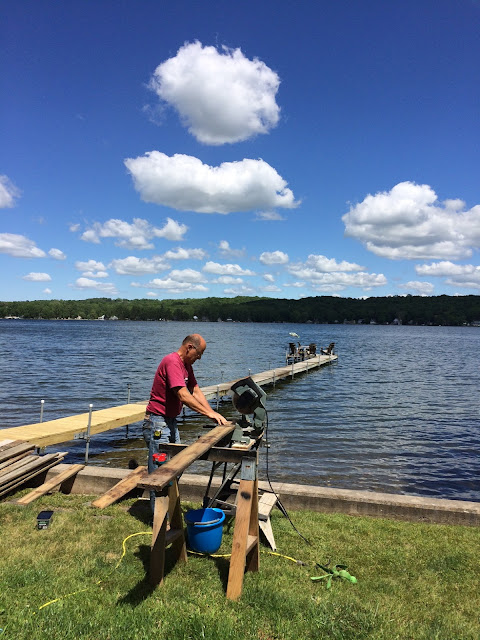 Mr. David's A-1 Superior Portable Riparian Woodworking Shop set up next to the lake today.  He was able to reuse some of the unneeded deck boards to fix a few wonky dock sections.    He was very patient with Lewis, who insisted that it was play time.   The idiot kept dropping his new toy next to Mr. David's saw in the hopes he would get the hint and throw it.    All he got, however, was covered in sawdust. 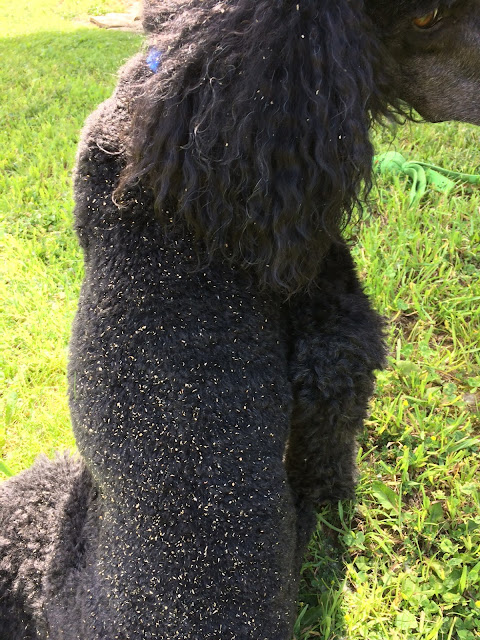 After dinner tonight I watched a female Merganser lead her 20 babies through the shallow water fishing for their dinner.   Twenty! 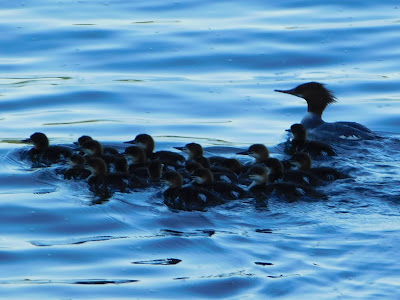 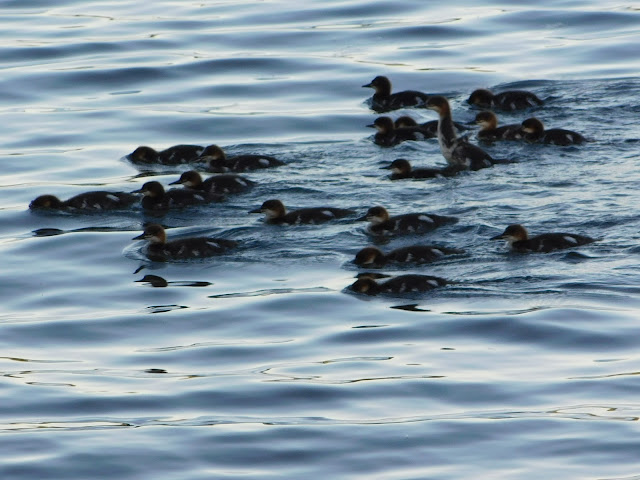