The trip from Trinidad State Park down to Albuquerque, New Mexico was a trying drive.   The wind.   The wind was awful.   We had all our awnings pinned up but keeping Beluga between the lines was a fight for Dave, every single mile.   As a result, we arrived a bit later than we usually like to, around 5 p.m. on Friday afternoon.

We've stayed at this campground (High Desert RV Park) before so we knew exactly where to go and we were exceedingly happy to be here.     Early to bed that night to be sure. 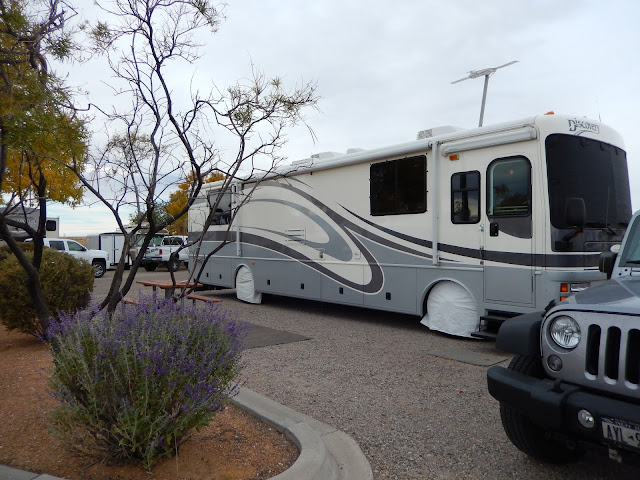 Saturday and Sunday we didn't do much.   A little grocery shopping and laundry but otherwise we just relaxed, we're here for a week and we've been here before, so there was no hurry to race out and "do" something.

Monday morning Dave played golf with a friend from Los Lunas.   We met David and his wife Ann on our Copper Canyon Mexico trip and we've stayed in touch.   We get together whenever we're in the area and pick up right where we left off.

Tuesday evening we drove down to Los Lunas, had happy hour at their lovely home in an airport community (MidValley Airpark) then enjoyed a good Mexican dinner at one of their favorite restaurants.


Today, Wednesday, Dave and I drove up to the Sandia Crest.   It was a long drive on a very nice, paved road from about 5000 feet at valley floor, through piney woods with lovely views, to the road's end at 10,700 feet above sea level.


Signs at the base of the cell towers clustered at the top warned that they may interfere with electronic devices - car alarms, door locks, etc.    We had no trouble, but the poor couple parked next to us (from Alabama) couldn't manage to restart their brandy new BMW.

It was quite cold and windy as we walked around taking in the 360 degree views and trying to keep upright in the wind. 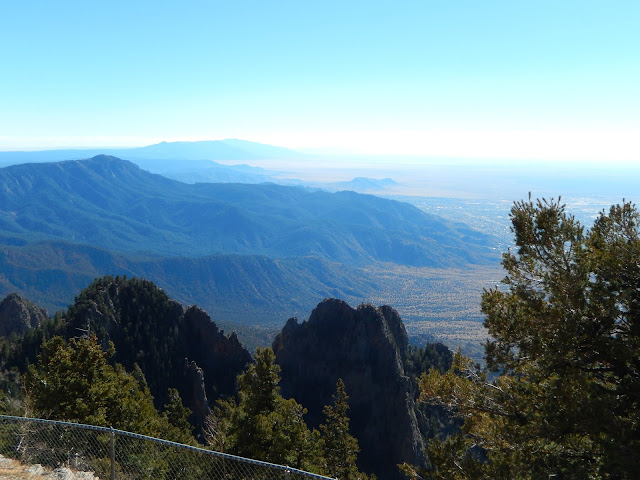 Instead of going back the way the same way, we turned off onto a road that was going in the correct direction - down - but was dirt.   A sign at the intersection warned that  NM165 was a winding mountain road that was not maintained and offered no place to turn around.    A challenge?   Yep.   We figured we had taken the easy way up so we'd take the hard way down.

While the road was fairly rutted and rocky, washed out in some sections, it was a decent ride.  The fact that the outside turns had guardrails was very much appreciated by me.  We only passed one or two other vehicles so we pretty much had the track to ourselves.    Once again, pictures don't do justice. 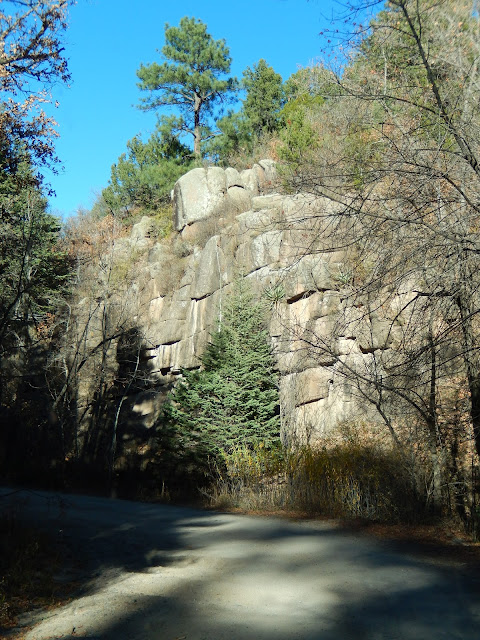 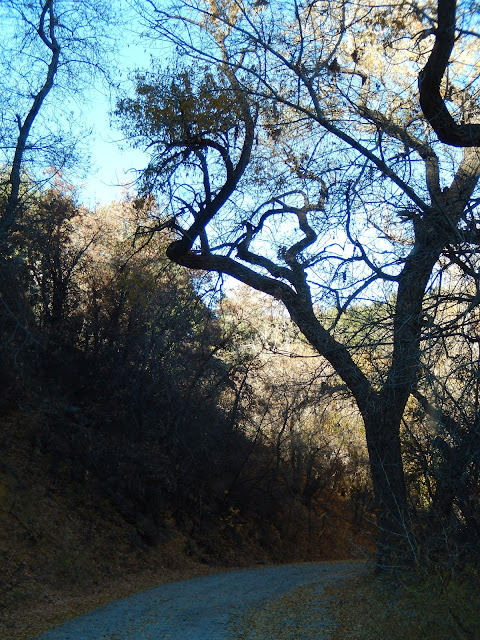 We found pavement once again when we reached Placitas and headed home through busy suburban shopping areas.   The only exception was when we detoured  through the very appealing little town of Corrales.   I don't know what it is about that area, but it speaks to both of us.  A combination of old farms and adobe houses, artsy shops, horses dozing in backyards, newer homes built in keeping with their neighborhoods and the Rio Grande with its shimmering golden Cottonwoods snaking along on the eastern border make it an altogether lovely place.