While we enjoyed our time in Albuquerque, it was determined to be too cold at night this time of year.   Sleeping under a down pierzyna, listening to the furnace cycle on and off all night and taking Lewis out in the morning wearing his winter jacket just isn't his cup of tea.

So, we left New Mexico in search of warmer climes. 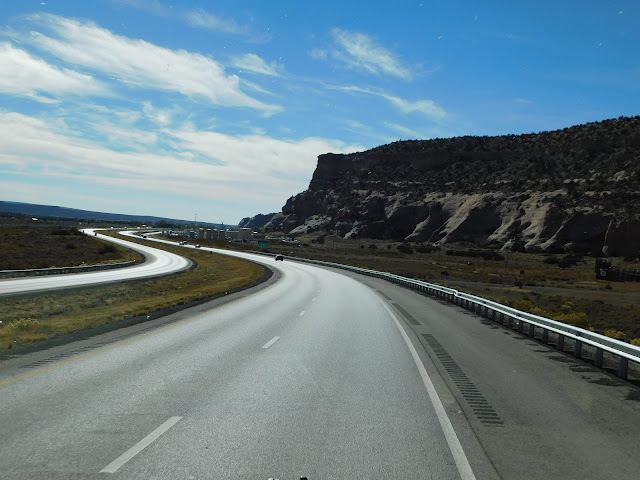 We headed west on I-40, stopping for one overnight in Holbrook, Arizona, then through Flagstaff and south on I-17 toward Phoenix.

At the first rest stop in Arizona we encountered this gentleman and his odd looking bike. 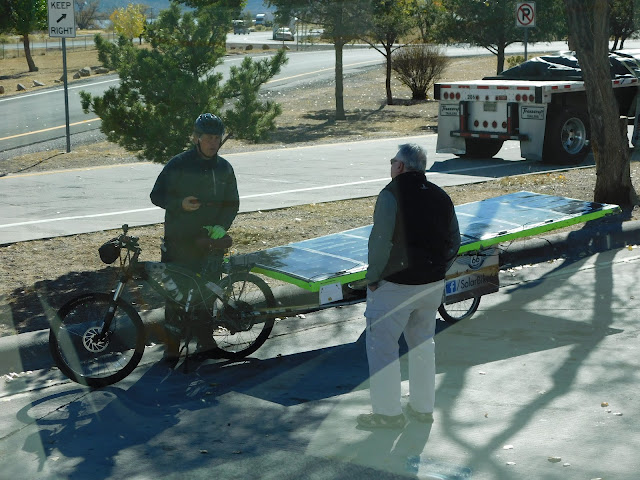 He's from Belgium and is riding a totally solar powered bike from Chicago to Santa Monica, California along the highways that make up the original Route 66.
If you're interested in his trek, check out his blog.....solarbike66.com     As he rode away we both wondered how he managed to keep his large solar panel from blowing away in the strong winds.

I managed to snag about three and a half weeks at a couple of the very nice Maricopa county parks surrounding Phoenix.   Tonight we're snuggled into our quiet desert site at Cave Creek Regional Park until the day before Thanksgiving. We'll spend Turkey Day at Usery Mountain Park before moving a bit further south to Catalina State Park near Tucson in December. 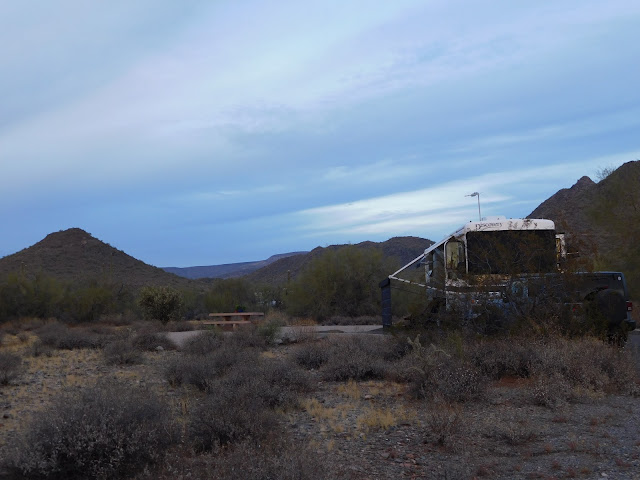 My heat seeking missile husband is a very happy camper here in the desert.
Posted by Suzi at 11:24 PM