Making a proper Thanksgiving dinner in a motorhome presents it's own unique challenges.    Most of us rise above these challenges by making everyday things do double duty. 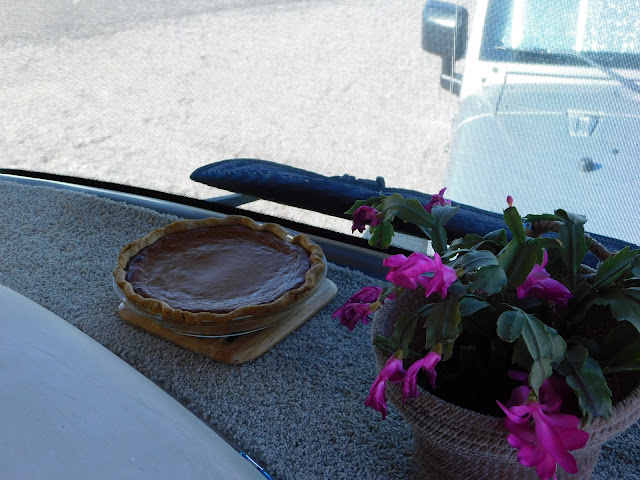 Beluga's dashboard doubles as a cooling rack for the pumpkin pie.    A wine bottle doubles as a rolling pin for the left over turkey/artichoke turnovers the next day. 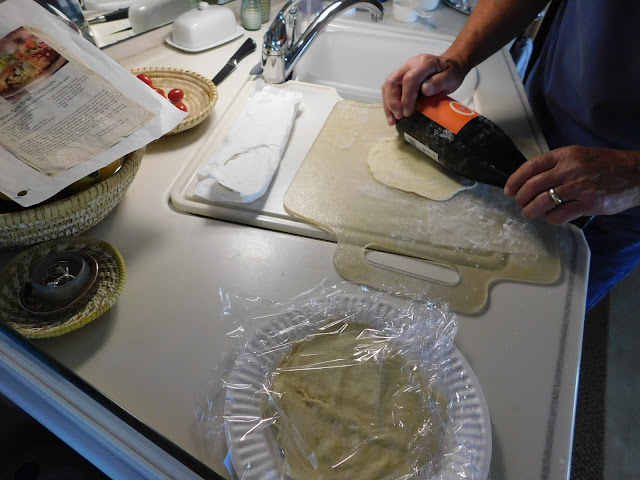 It all works out just fine.   This year the turkey fit in the crockpot just perfectly, leaving the oven/microwave free to finish the rest of the meal.     The next day turnovers were really good, the cold white wine bottle rolling pin worked well to keep the puff pastry cool while being rolled out! 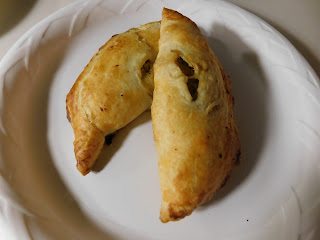 Thanksgiving Saturday we went to a nice dog show at Rawhide, the Fiesta Dog Show.   It was very hot, almost 90 degrees and, although most of the judging rings were inside a large building by the afternoon, most of the dogs seemed to be conserving their energy.    No matter, we just love to wander around the grounds and see all the different breeds represented along with the hundreds of vendors selling everything dog related. 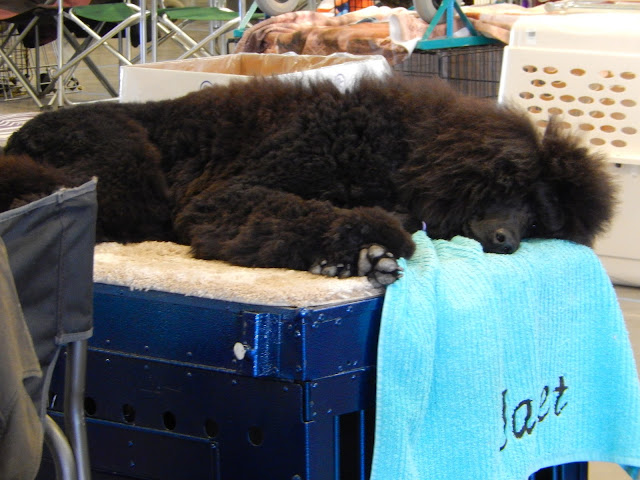 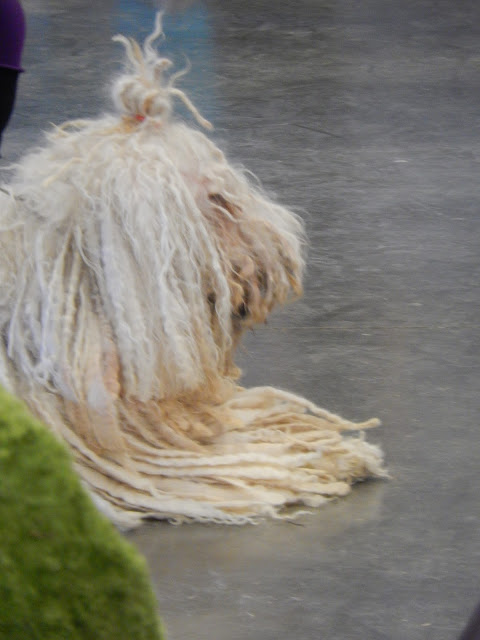 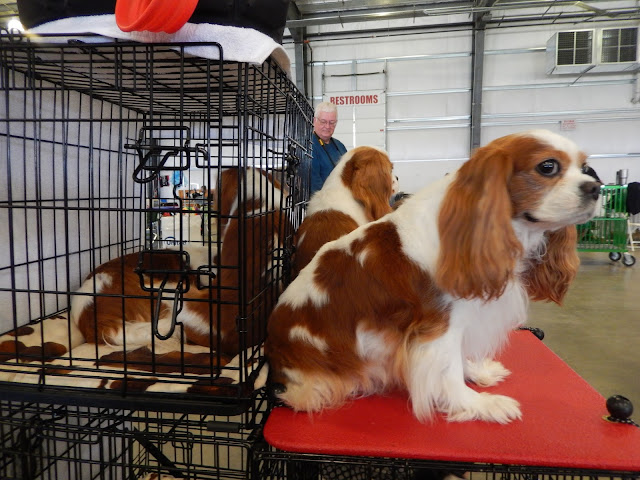 The only dogs that showed any get up and go were the dock diving dogs.  They were high as a kite as they raced down the dock and into the nice cool water after their retrieving toys. 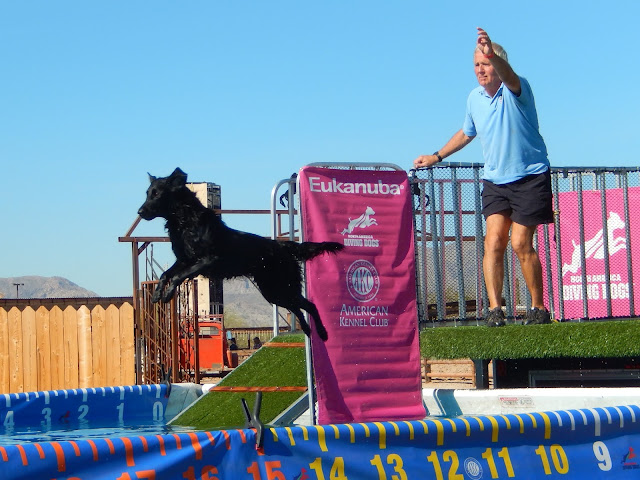 Monday we took Lewis with us as we followed the Apache Trail from Apache Junction, through the Superstition Mountains, along the Salt River to Roosevelt Lake Dam.     It was a long ride on a partly paved, partly graded dirt road.   We didn't meet many people and we all enjoyed the beautiful scenery.

Lewis thought we spent too much time watching a group of Harris Hawks hunting together but we ignored him and enjoyed the seemingly choreographed sight before we moved on. 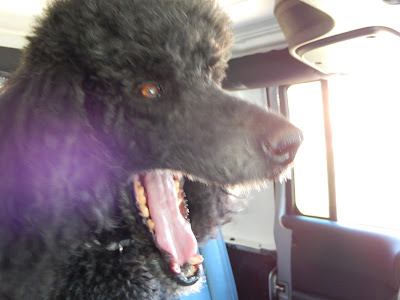 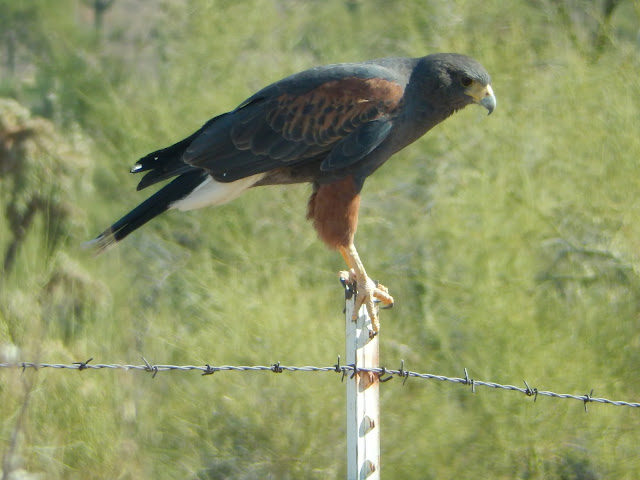 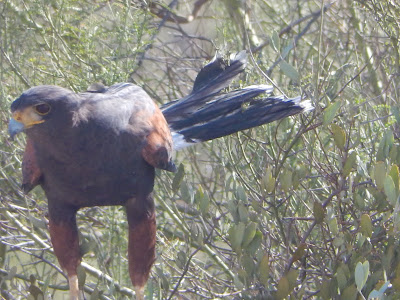 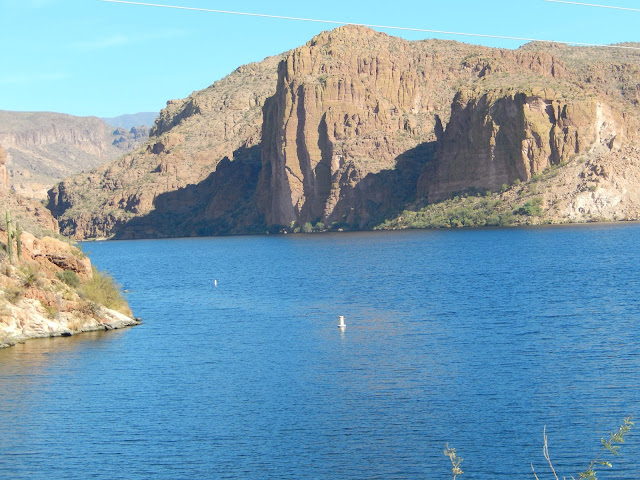 We stopped at Canyon Lake for a picnic lunch but by the time we identified a nice shady spot the mosquitoes had found us so we resumed our drive.

At one point we found ourselves driving along a narrow shelf road up and up and up.   Luckily we were on the inside of the one lane road so I was relatively calm and could enjoy the scenery.   I could not, however, let go of the arm rest to take any photos. 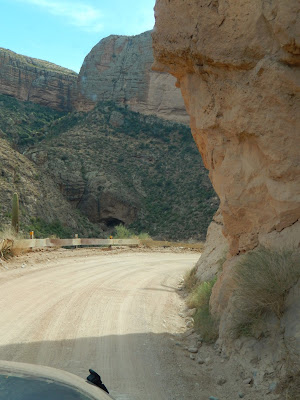 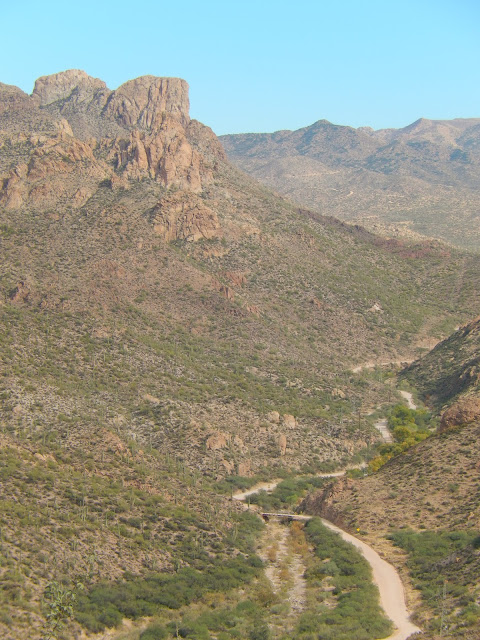 We crossed a number of one lane bridges, one in particular was over a deep section of Fish Creek (dry at this time of the year but breathtaking nonetheless).
Pictures don't do any of these places justice, you'll have to take my word for how wonderful it was.    We squeezed into a small pullout near the bridge for lunch. 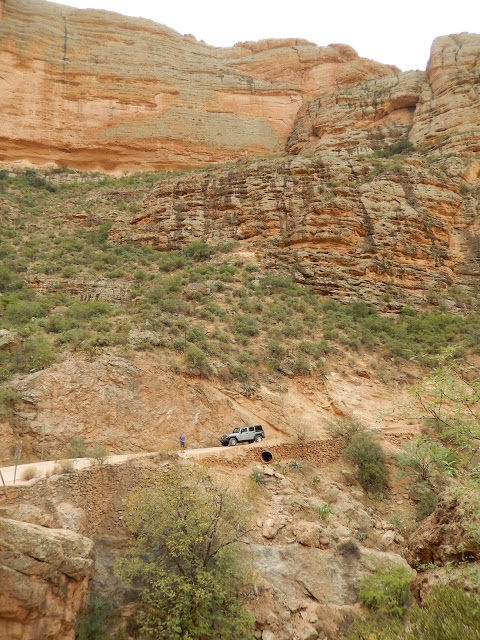 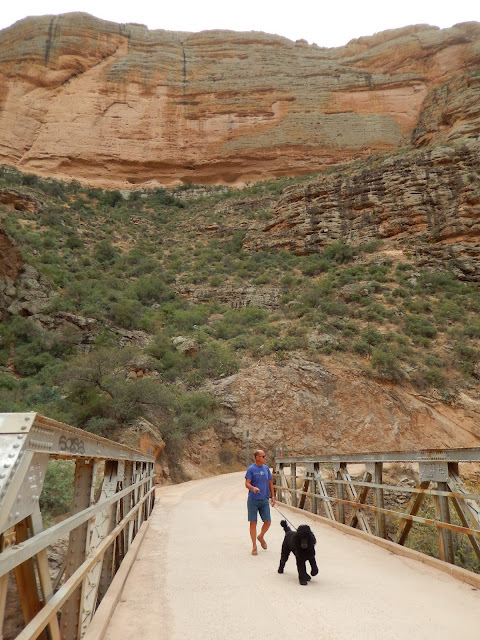 Since we were the only ones around we got out to hike around a bit and really look at the canyon up close. 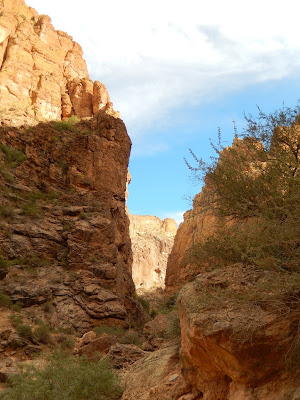 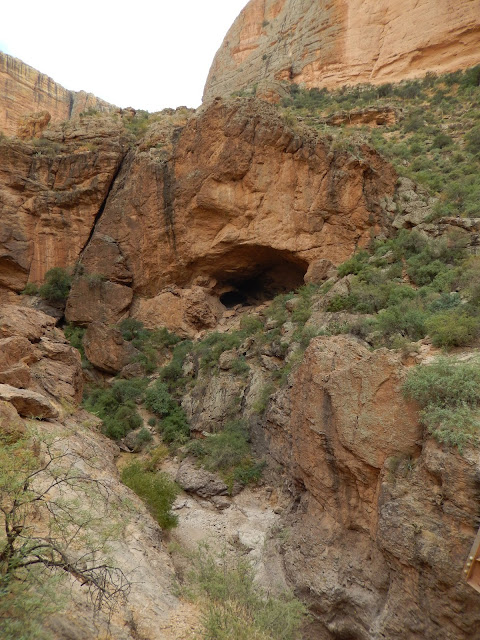 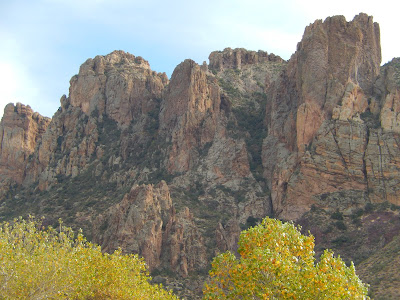 We took a forest road down to check out Apache Lake and let the poodle out to stretch his excessively long legs. 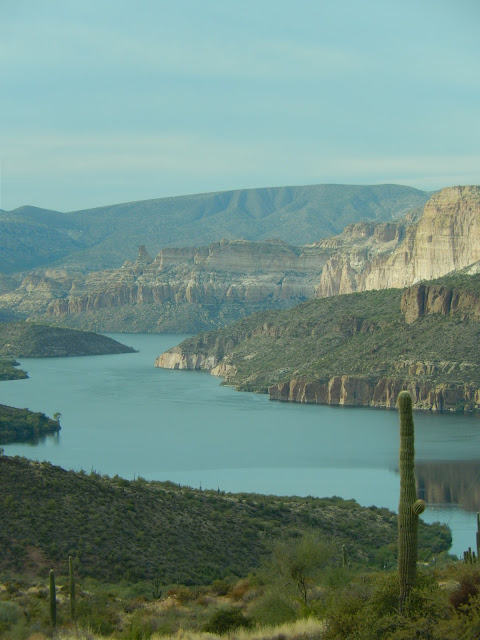 Look what we found halfway down that road?   A tall, scrawny, warty crested Saguaro! 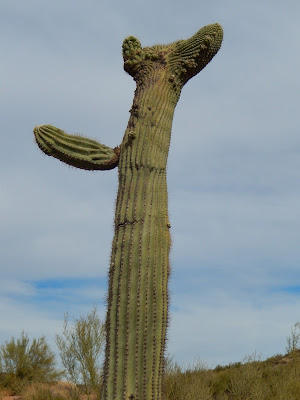 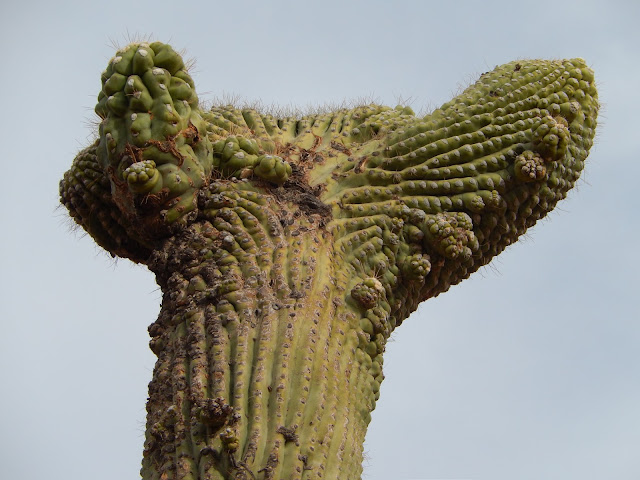 We let Lew potch in the water and then we hiked down the dirt road.   In hindsight we probably should have hiked first and walked in the water second.....it was a muddy boy that jumped back in the jeep to continue our ride.   Oh well, don't sweat the small stuff right? 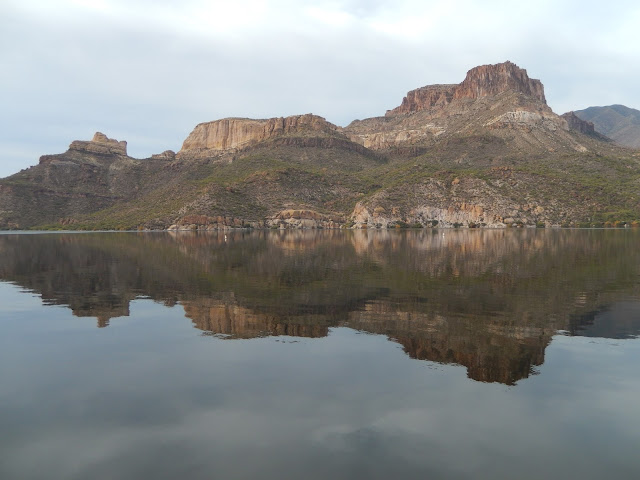 After Apache Lake the road followed right along the course of the Salt River sometimes at it's level, sometimes high above, until it ended at the Roosevelt Dam. 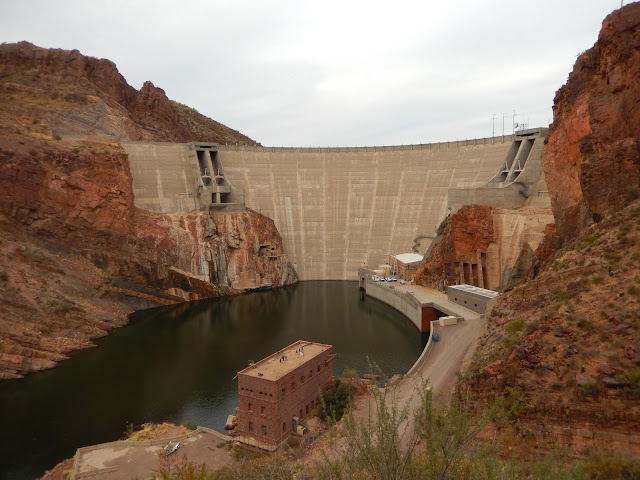 The dam is beautiful built into the rocky sides of the canyon.  It was originally made of cut stone and timbers but has since been covered with reinforced concrete. 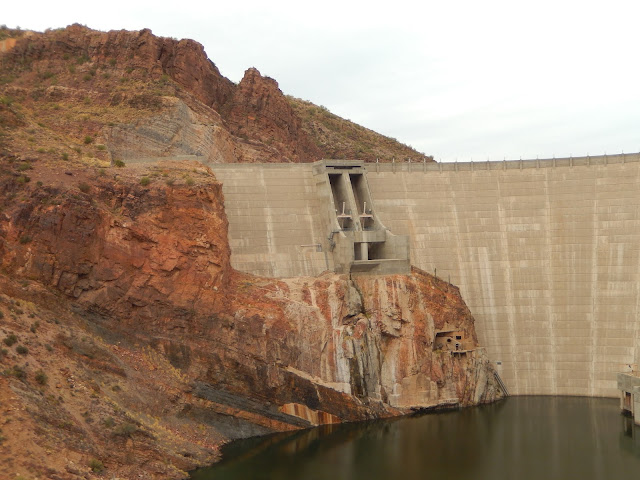 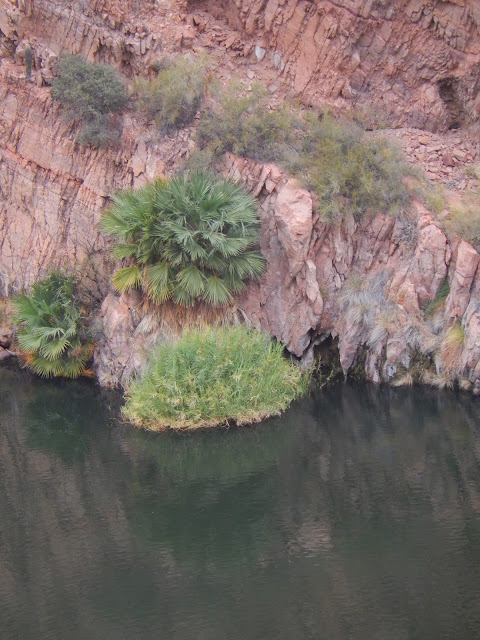 Our drive on the fabled Apache Trail was finished but we opted to take routes 88 and 60 along Roosevelt Lake and through Queen Canyon (no pictures, the windshield was solid bugs by that time), Miami, Top of the World and then back home instead of turning around and retracting our steps in the dark.    And on the wrong side of the canyon, nope, not me!

Miami is a very small, very depressed looking Copper mining town.   The mining industry itself looked to be going strong however.   We drove past miles and miles of flat topped mines with huge equipment and lights on it's terraced slopes.   A sign entering the little town proclaimed it to be the Copper and Cattle Capitol (capitol of what?) We did notice small plots of the mine's walls fenced off with cattle grazing on the steep slope! 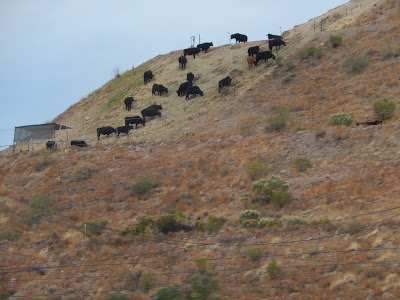 It was deep sunset by the time we approached Mesa and Usery.   The traffic was fairly heavy but we almost didn't mind the slow pace because the ever changing color in the west was mesmerizing. 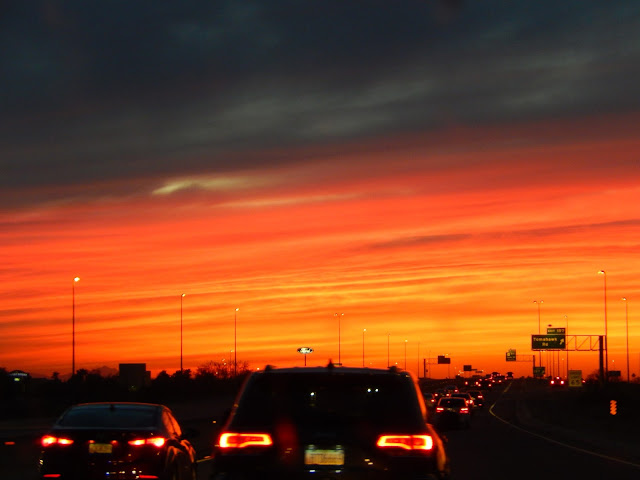