holiday surprise in a blond wrapper

We've had another wonderful holiday here in Santa Fe with Jesse and Erin and.....Tanner!

Sadly, Jesse and Erin both lost their sweet old girls not so long ago and have been missing their presence mightily.   A house becomes very quiet without a dog.    So.....just a few days before heading down to join us here they found someone to fill the hole in their hearts and their home.     May I introduce Tanner...... 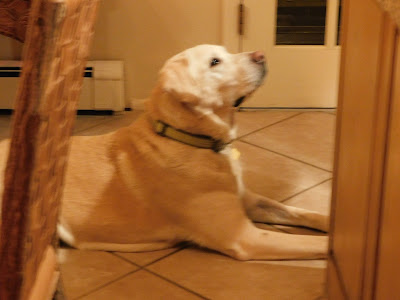 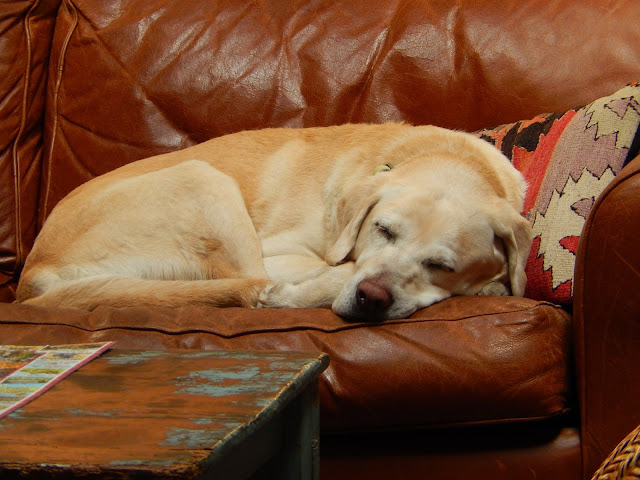 He is an enormous, 10 year old yellow lab that was abandoned at the Dumb Friends League in the Denver area.   I realize that I'm being harsh, and judgmental.....that there may be a perfectly good reason for breaking this sweet dog's heart, confusing him and leaving him adrift in the autumn of his life.     Sickness, death, etc.   From what I understand, these were not the reasons so, to those people I will not wish a happy new year.   It's my blog, I can be as angry as I like and you'll understand, right?

We were not expecting a new family member this holiday visit but none of us could bear the thought of leaving him in another kennel so we decided to see if we could work it out together.    Would Tanner chew the antiques or the leather couch in the casita?  Would he mess in the house, bark when we left him, fight with Lewis?   It was worth a good try and I'm happy to say that he did none of those things.    He's big and clumsy and extremely interested in any thing that may be eaten but other than those normal lab habits, he was a delightful guest and we're soooo happy he came.   We're all smitten.   Lewis was a polite host and eventually even shared his favorite perch with the big guy.


They existed side by side without really interacting with each other.   Tanner did try to get Lewis to play a few times, but it wasn't to be,  so he accepted the situation and didn't push it.   What a good boy.

Hmmmm.  This post has become all about the big blond guy so I'll get to another one with people and places in it next, I promise!

Here is one gratuitous photo of sweet Lewis for you-know-who. 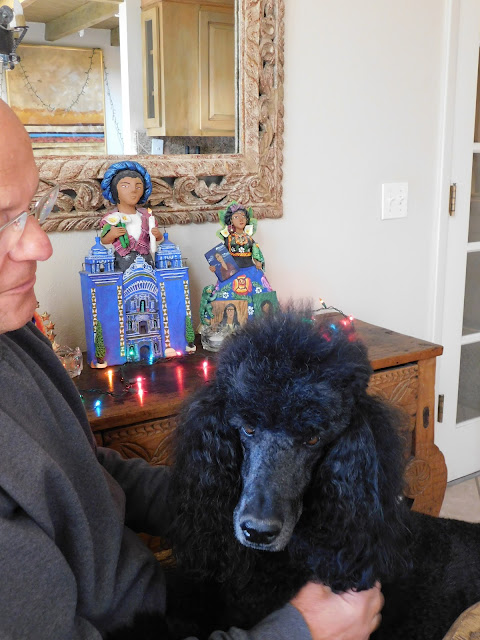