We're having a good time!

Golfing afternoons occur often here.    After all, the course is just steps away from Beluga and is in beautiful shape.   It just makes it so easy to get on after a leisurely morning and  lunch...... 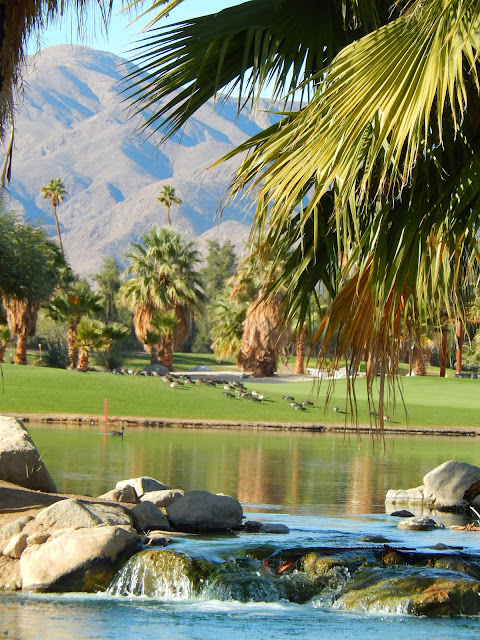 I won't bore you with more course pictures, how much green can one tolerate? 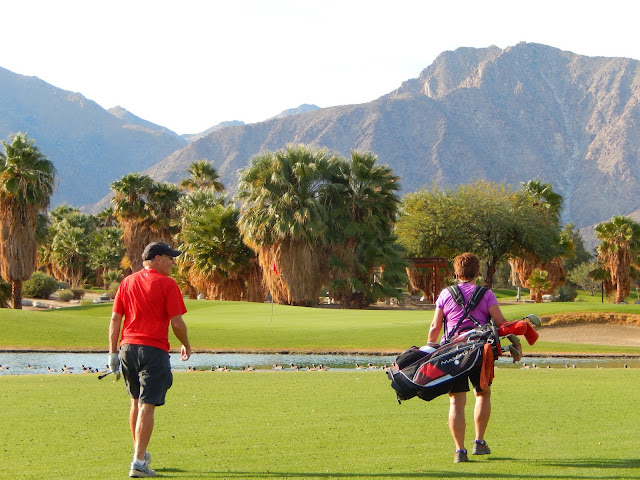 Well, just one more.   The Wright's had on such colorful clothes that day.

Plenty of water on the course attracts lots of birds.   I do try to concentrate on Dave and John's game, but my eyes keep sliding away to watch the birds. 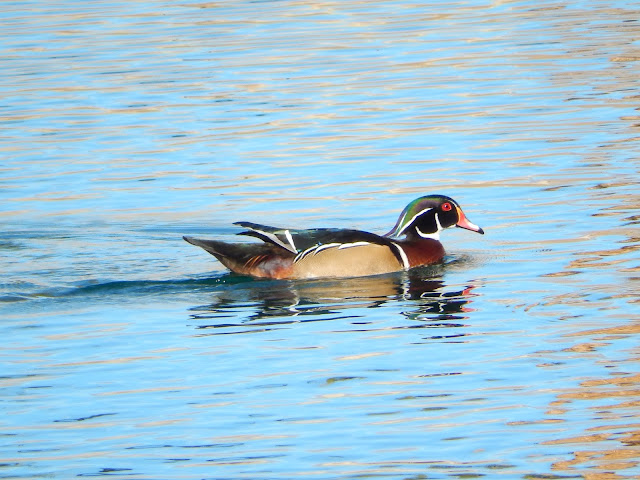 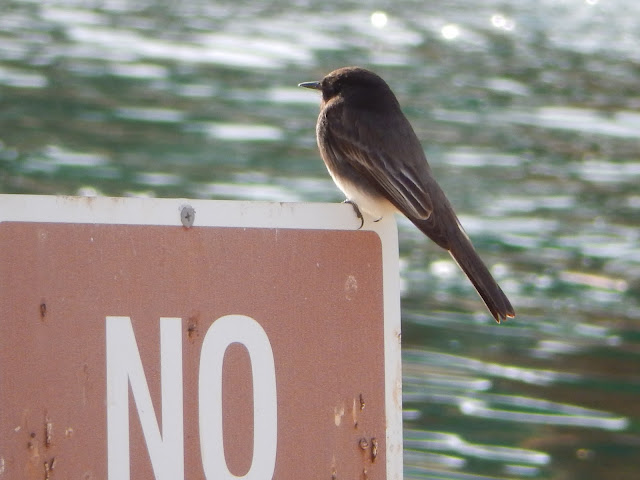 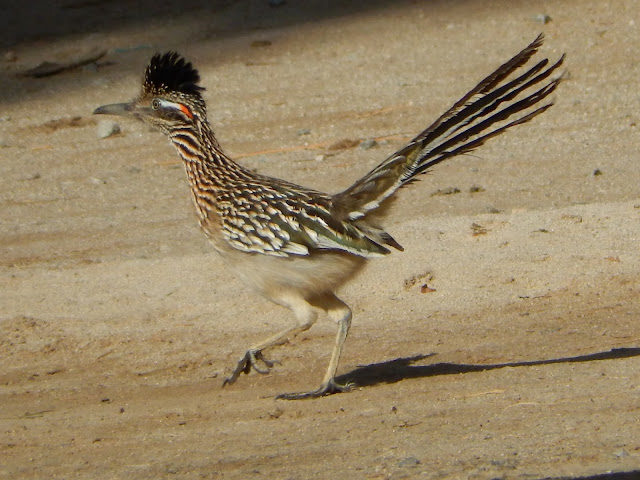 There are Bluebirds, Black and Say's Phoebes, Hawks of all sizes, the requisite Sparrows and Finches, Coots, Wigeons, and Mallards, Phainopepla, Hummingbirds, Verdin etc., etc.    Golf is fun here!

Today, however, we eschewed the game and piled into our Jeep to do some more desert exploring.    Before setting off we sent Lewis over to the Wright's motorhome for a little vigorous exercise with his "there" ball.   We wanted him to be tired and satisfied to stay home because most of our Jeeping would be within the boundaries of the huge Anza Borrego State Park and their rules do not allow dogs on the trails.

First stop was along the Arroyo Salado at 17 Palms.  We had bypassed it the other day when we stopped  at 5 Palms with Jodee and Bill.   Rumor has it that there is a small wooden "mailbox" in one of the 17 Palms where people leave notes and small memorabilia.

Pam counted the palms and discovered that there are more like 24 than 17 but we won't tell. 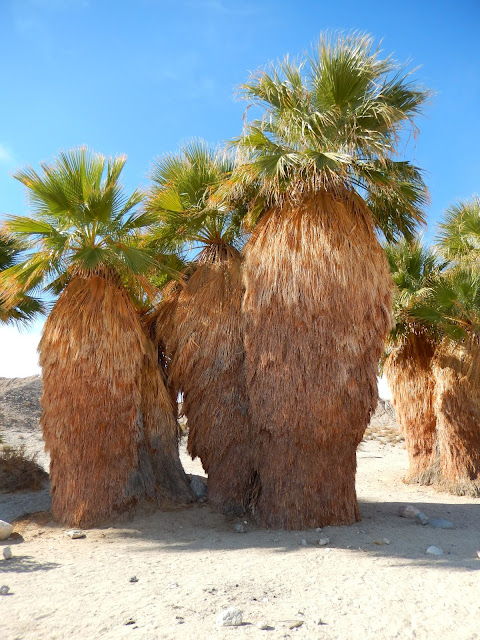 We sat on rocks and enjoyed our lunch before heading back down the Arroyo in search of Rainbow Wash and the badlands below Font's Point. 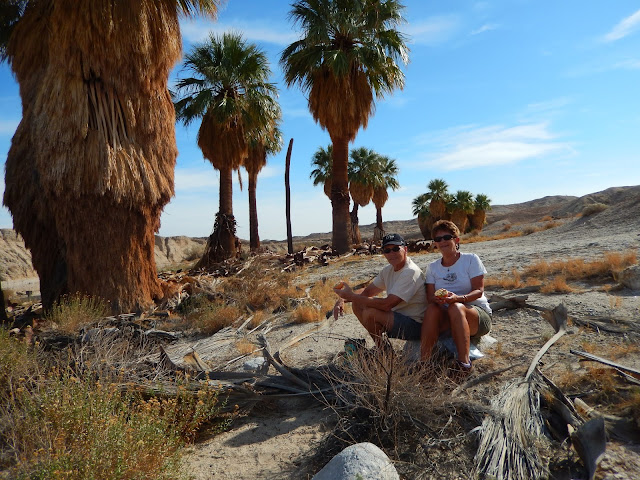 Dave and John had a map in the front seat and we had a map in the back so we discussed, consulted, pointed, suggested, squinted at trail markers and bounced across the desert to arrive at pretty much the exactly spot we were aiming for!     We're getting good at this desert stuff. 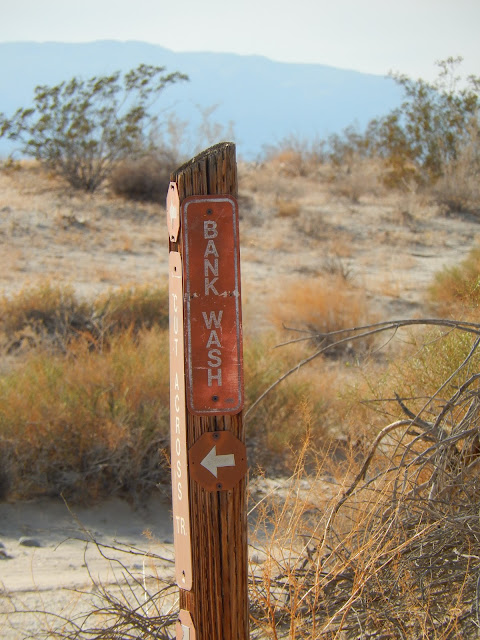 The desert may seem barren, but signs of spring are beginning to show themselves. 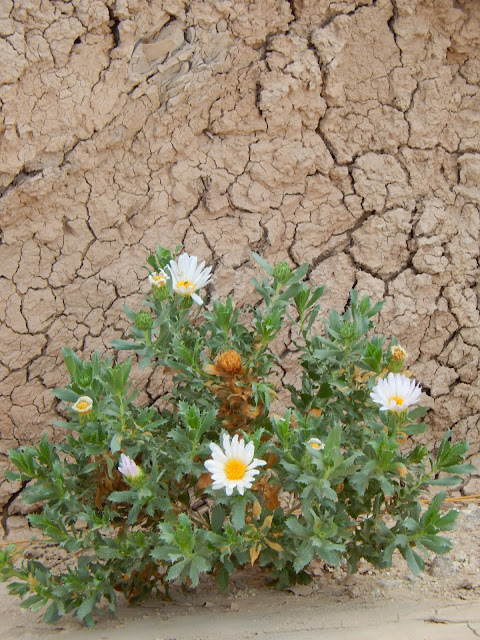 We could see our destination ahead as we approached.  We were excited to be able to drive into the maze of colorful, eroded hills and washes that we had only ever seen from high above. 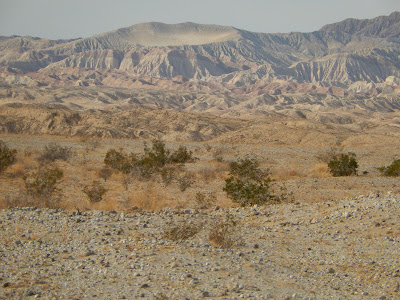 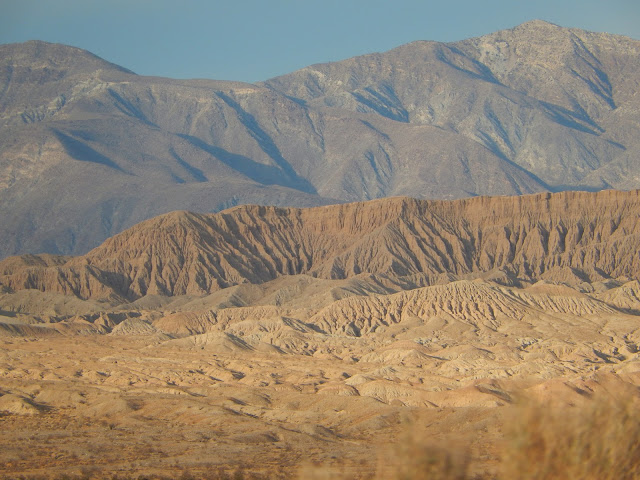 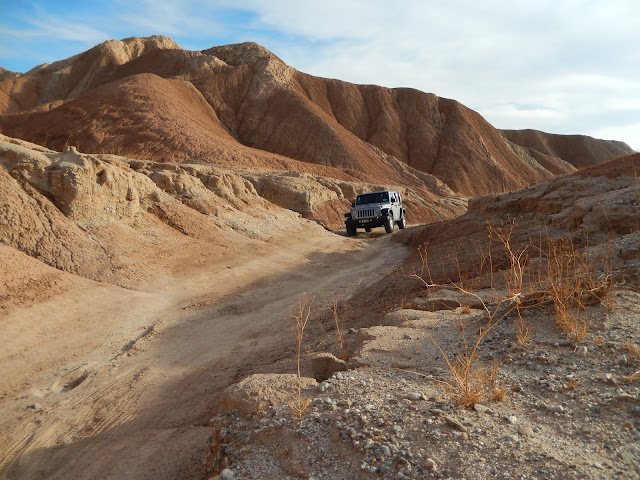 We drove as far into the narrow canyons as we felt comfortable then left the Jeep and followed the wash for awhile. 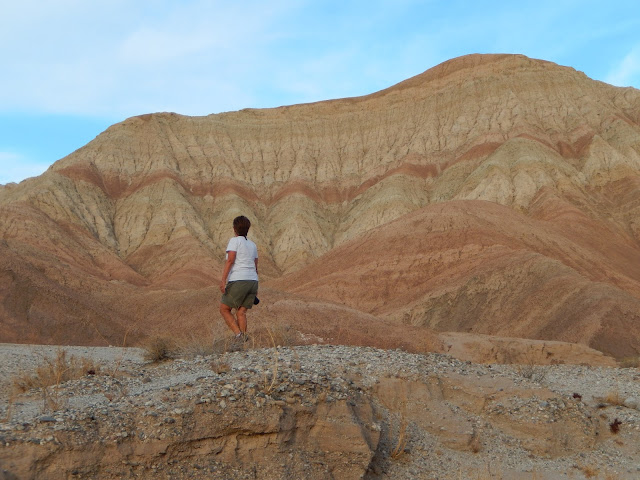 It was getting late in the afternoon, the sun sets around 5 p.m., so we didn't go really far.    Far enough, however, to let us know that this is a place we'd like to spend more time in.    It's on the list! 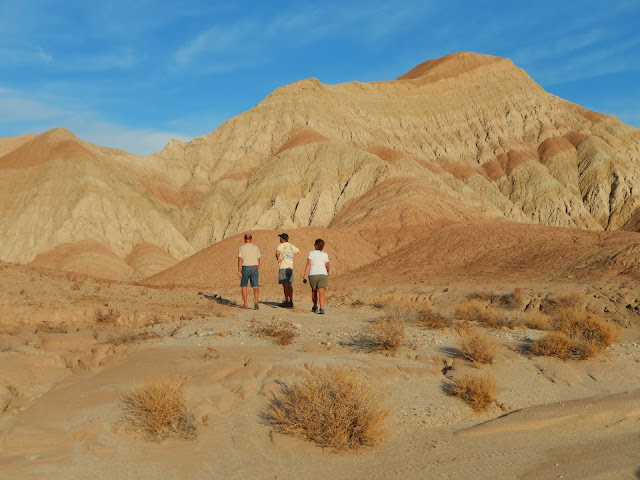 We returned to the Jeep and continued on our way home, using a number of narrow washes and a nice scenic paved road that took us right past the town's dump!     That Five hours just flew by.....we were home by dark.
Posted by Suzi at 12:12 AM