I don't know where the week has gone.    We only have one week left here now.

Mostly we've been taking it easy and getting caught up on household and just normal living life jobs.   Beluga got very dirty being in the dusty, windy areas we love.   Added to all that dust was the mess made as we drove through rain and melted snow,  so one of the things we (and by "we" I mean Dave) took care of first was washing her.   She's sparkling clean now.    The dust also seems to seep into every crack and crevice - vacuuming, dusting and general deep cleaning was the next order of business.

We have great WiFi here so I've been taking advantage of that to make some winter reservations.   We're booked for Dec., Jan., and February!   Now we can play it by ear for the fall and spring, when it's easier to get reservations.

Mornings and late afternoons we laugh at the antics of our bird neighbors.

The efforts of Magpies and Meadowlarks to claim the same tree tops at the same time.

But the real stars of our second cup and happy hours are the Broad tailed Hummingbirds.   They zoom around in front of us, sounding and acting like George Jetson's space car on the way home from work.    The males shoot right past our faces only to blast straight up, go into a textbook stall before executing a death spiral to land on the feeder on our picnic table.    It makes us dizzy to watch.  It's caused us to wear only dark clothing when we sit out....anything bright makes us a target for them!

Of course, I can't show you these aerobatics and it frustrates me no end that they don't sit still long enough to catch a decent picture as they take a second to rehydrate but I have managed to snap a few...... 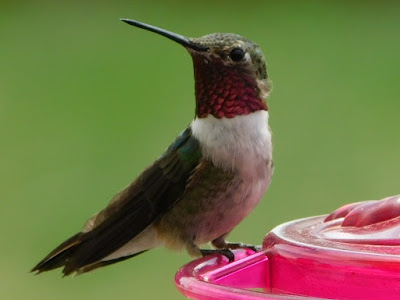 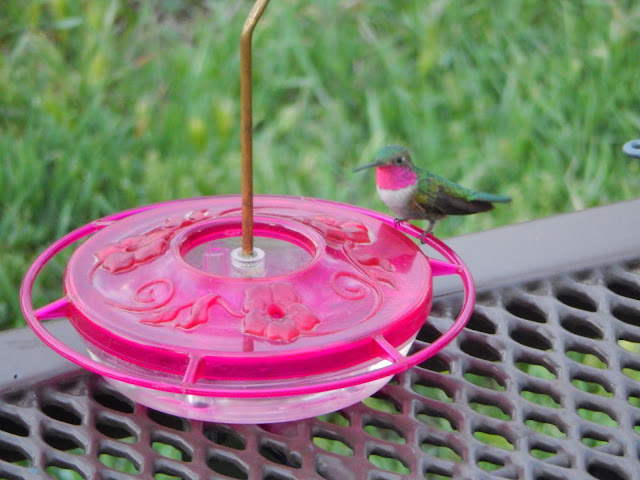 Once in a great while they are patient enough to wait on the nearby show fence while a female is drinking..... 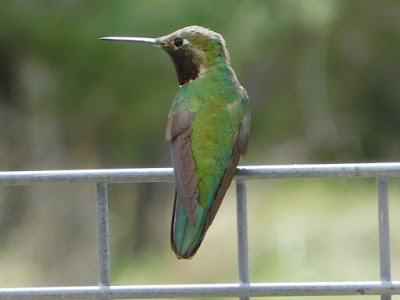 Sometimes they comment on our laughter by sticking out their tiny tongues at us...


But mostly they zoom and chatter and argue and joust with each other over who is going to drink first. 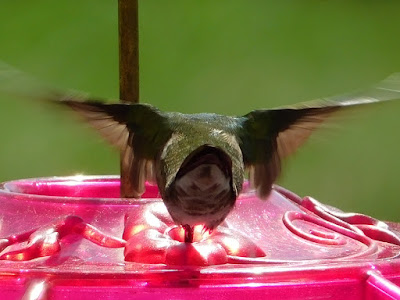 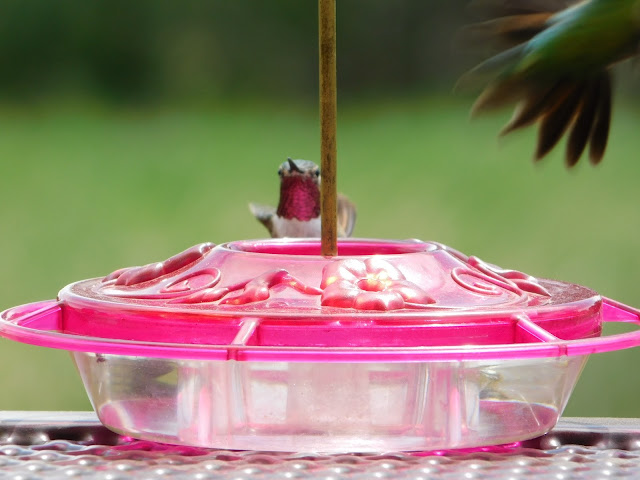 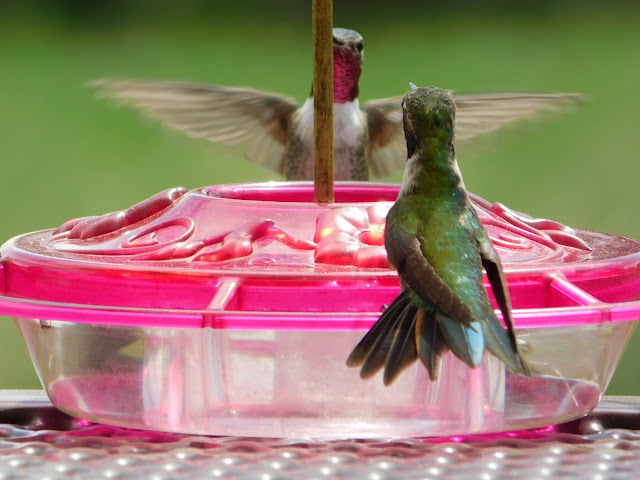 We've enjoyed some nice dinners with Jesse and Erin most evenings (poor things have to work for a living during the daytime)  and we're madly in love with their big lummox of a dog, Tanner.


Today is quite gray and sort of cool, but earlier in the week the thermometer was nearing 90 so we took Lewis and headed for the hills.  More on that later. 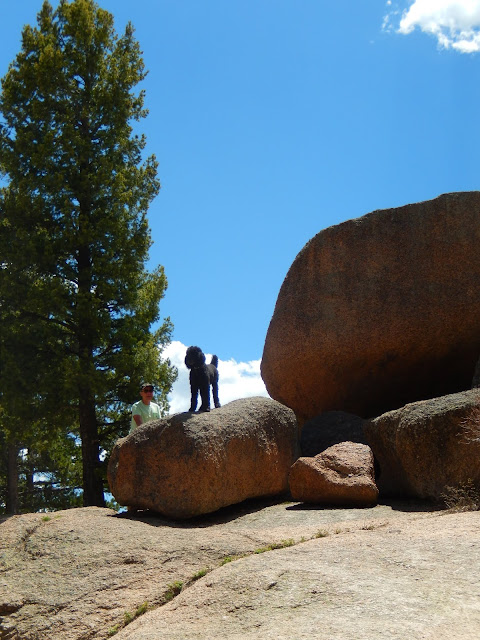