Sunday morning, as we were packing up to leave Moab, Dave reached over to turn off the lap top and his back went out.....way out.

We're at James Robb Colorado State Park in Fruita, Colorado. (just a little west of Grand Junction).     It's been raining on and off since we got here so we've just been laying low and working on calming the back and staying dry.

Lewis has been a trouper, going from a very active time in Moab to a relatively cloistered existence here in Colorado.    To keep his mind and body busy we've been playing a lot of ball and "find me" inside Beluga and we've even invented a variation on "the rug ate my ball" game. 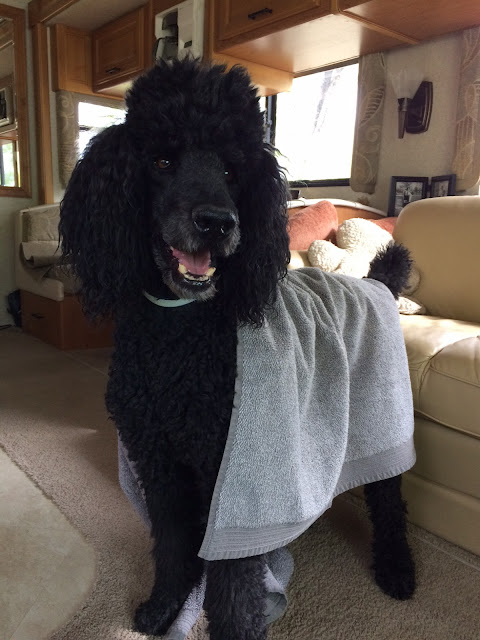 We call it "find the ball under the towel on your back" and Lew thinks it grand fun!     And.....it tires him out nicely. 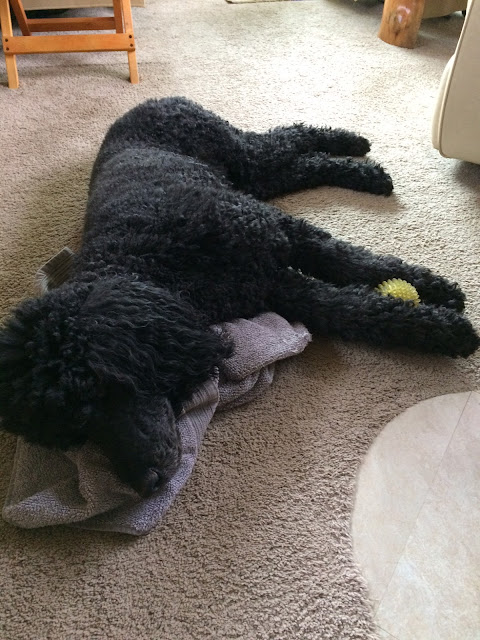 Dave is doing better after 3 days of rest, heat pads, muscle relaxants, NSAIDs and STIM treatments (the drug store kind).    He's been trying to walk daily and that often helps.    Today he came back with a handful of Lilacs!    I think he's on the mend. 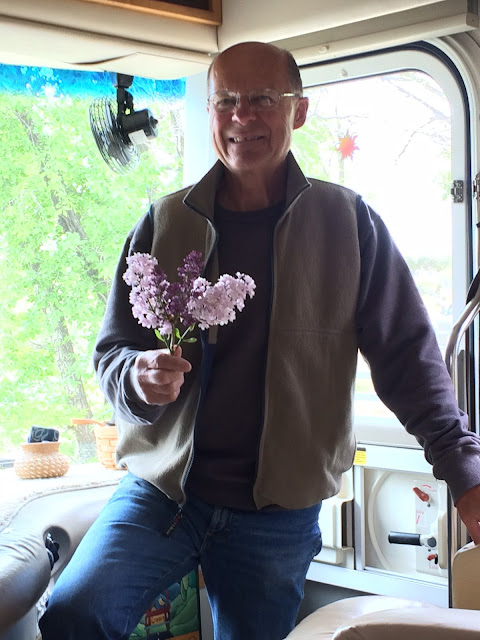 Today was the first time we ventured out of the park, other than to make a drug store run, and it was our last day here.     We decided to at least take Rim Rock Drive through Colorado National Monument, which is only a few miles up the road. 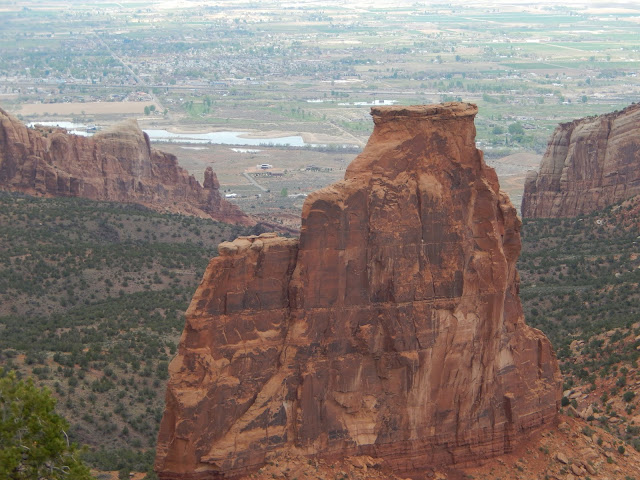 We discovered that the road is under construction about 18 miles from the Fruita entrance but we decided to go anyway and enjoy what we could see in that 18 miles. 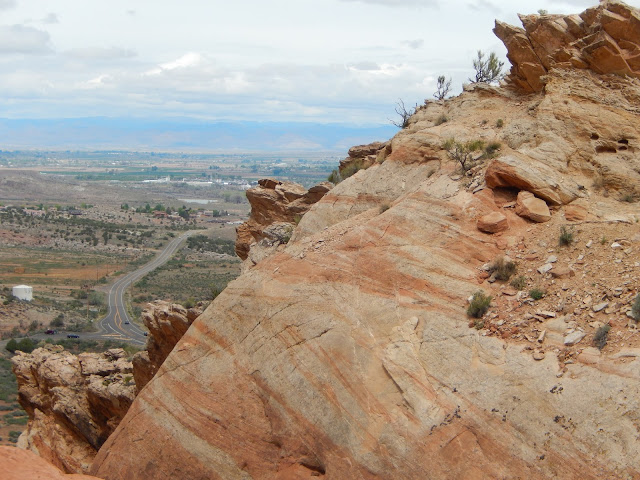 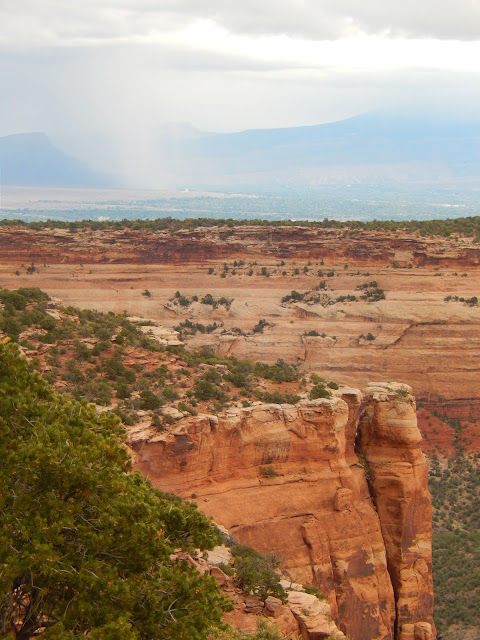 We watched it rain in the distance, but only experienced sprinkles.   We heard loud claps of thunder in the direction we were driving, but encountered no rain. 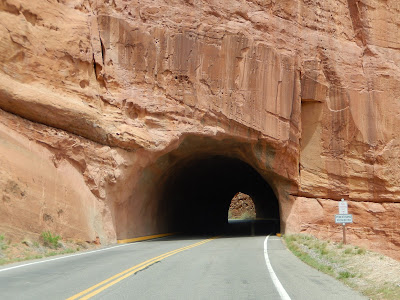 Rim Rock Drive climbs from the Colorado River's Grand Valley to the high country, passing through two tunnels blasted through solid rock on it's way. 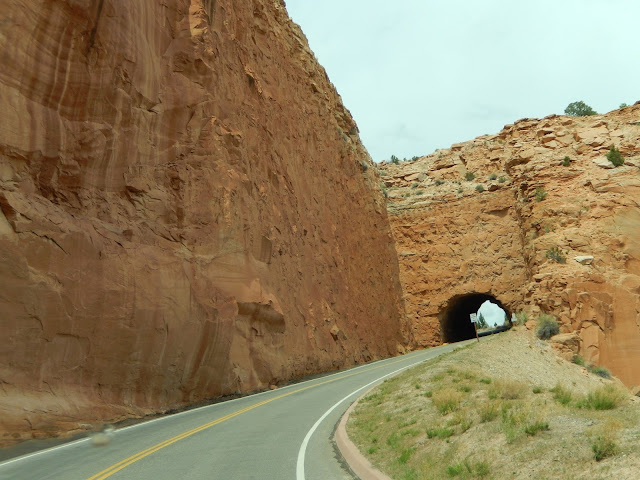 It winds along the plateau rim for about 23 miles so we were able to experience most of it before the construction caused us to turn around.    I never mind traveling out and back the same way, we always see things we missed the first time and today was no exception. 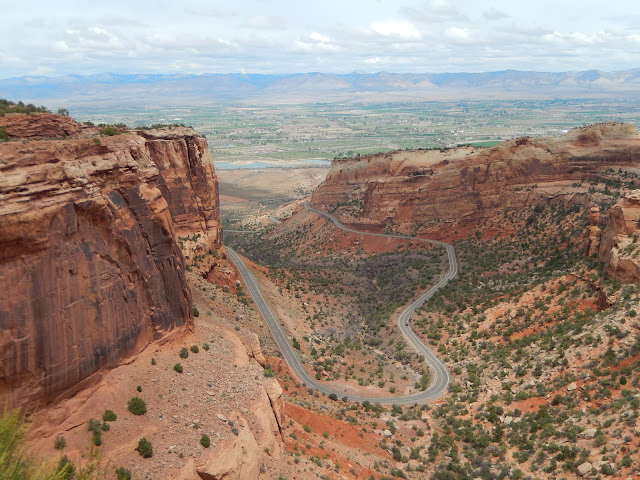 At one point we thought we saw a Bighorn sheep ram grazing the bushes near the road so we pulled over to check it out.


We watched him for quite awhile, he paid us no attention.   The delicious flowering bush he was browsing held his total concentration.


From the length and magnificence of his horns and the scarred face we figured he was an older man. 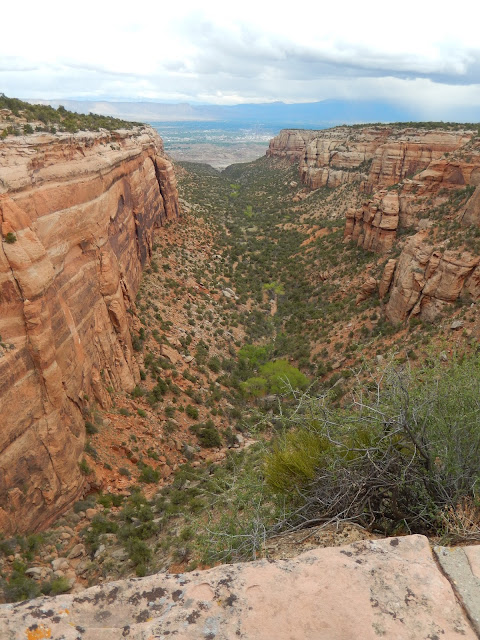 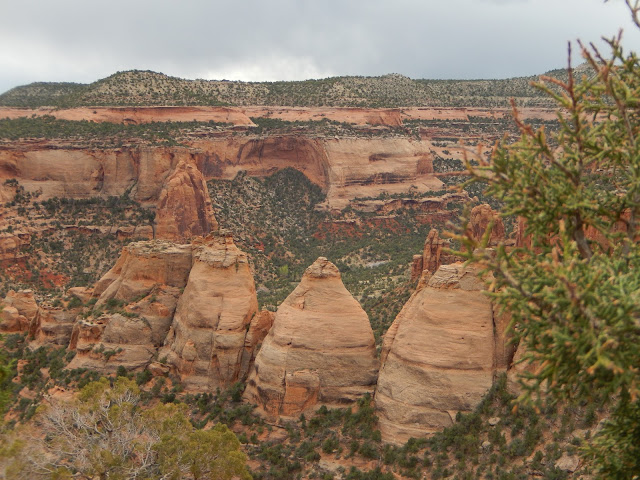 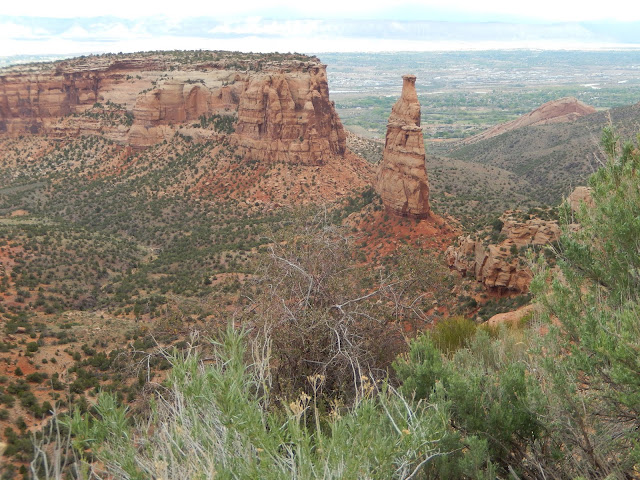 When we turned around we got to see all the spectacular scenery in reverse.   I wondered if the old goat....I mean sheep, would be still feeding his face on our way back. 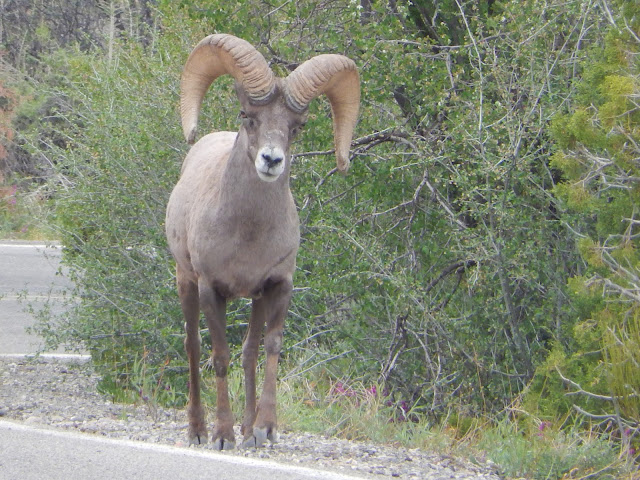 He was no longer working the bushes, but standing on the shoulder of the road looking confused.    He wasn't alone.  He had been joined by what we felt was a much younger version of himself. 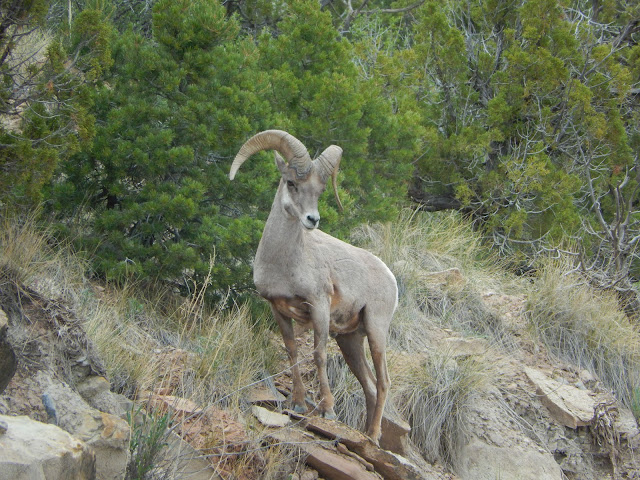 Perhaps he was conscious of his waistline in the presence of the handsome stranger because he stopped eating, climbed the slope and disappeared. 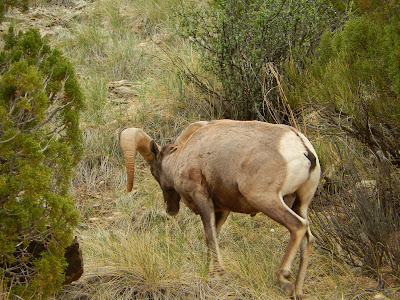 Or....perhaps he was just full.