We've lived in this area of the state since we were born, specifically in the Finger Lakes area since 1976.   You'd think we'd have seen it all.   Nope.    Evidently working and caring for a family kept us busy. 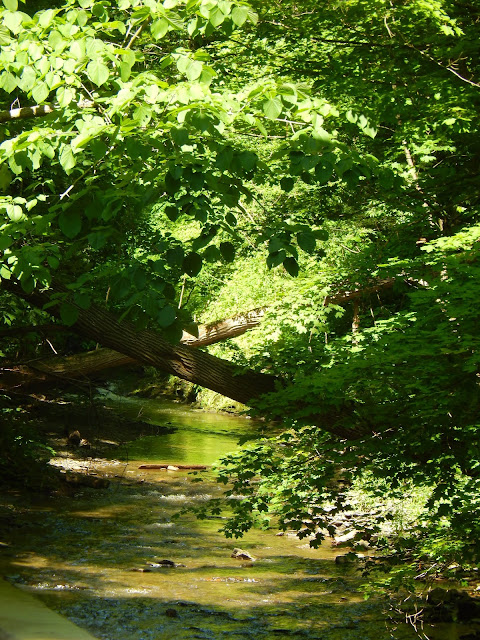 Laurel and Eric asked us to join them at the Cornell Ornithology Lab at Cornell University in Ithaca on Sunday.    We jumped at the chance.   They were camped nearby and it was only a 2 hour drive east of here so the opportunity to take a behind the scenes tour was a no brainer.

We've been to Cornell University many times before, but mostly to avail ourselves of the services of their excellent College of Veterinary Science.    We've taken dogs for consultations and surgeries when our local vets were unable to help, horses have gone for emergency surgery and routine tooth care.    We knew that Cornell also had "something" to do with birds, but never put two and two together to figure out that their Ornithology Lab was world renowned.   Never realized that the website we use often, allaboutbirds.org, was a Cornell site.   Never paid attention to the fact that the bird identifier app. on my phone, Merlin Bird ID, was a Cornell project.   Duh.  double duh

The tour began at 11 a.m. and we were in the parking lot at exactly 11.   We would have arrived early, as planned, if we hadn't turned off our route to follow a sign pointing to a covered bridge. 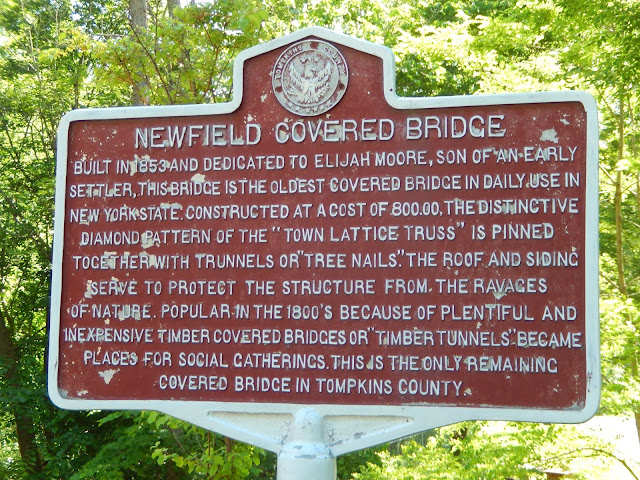 We'd been down that road in the past.  Never saw the sign.   What were we doing then?   I guess we're just more tuned into "seeing" things now.   Then it was getting to where we were headed.   Destination rather than journey I guess. 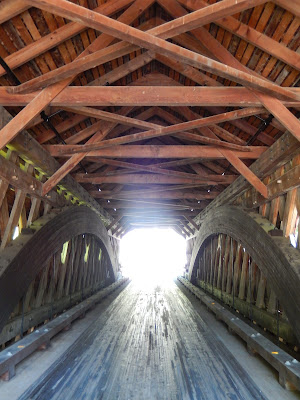 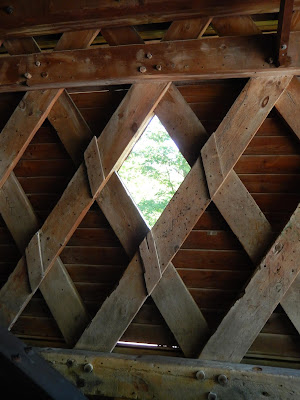 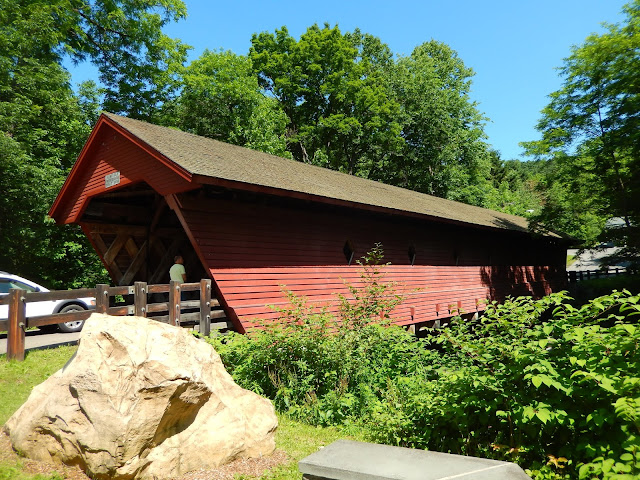 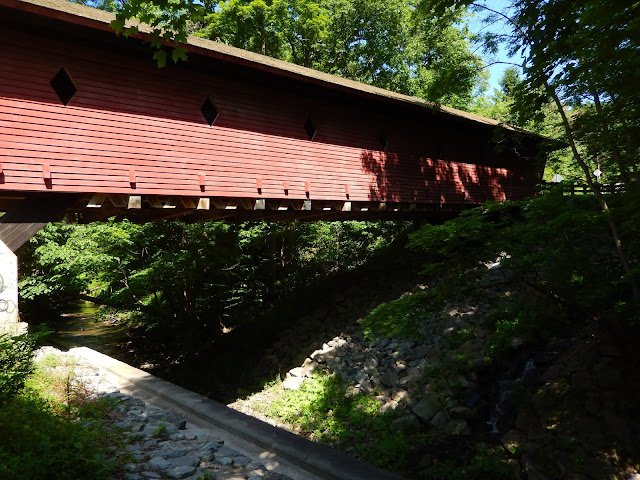 We were enthralled with the beautiful, sunlit creek flowing beneath the bridge and the silence of its surroundings.   When I looked closer, I saw something that reminded me that we had somewhere else to be.....


We hit the ground running from the parking lot and I didn't take any photographs of the beautiful building.   I passed by a haunting sculpture of a new extinct passenger pidgeon sitting silently in the garden.     The tour was just beginning and we were able to blend in quietly, phew!


I was able to take a few surreptitious photos as our guide walked and talked. 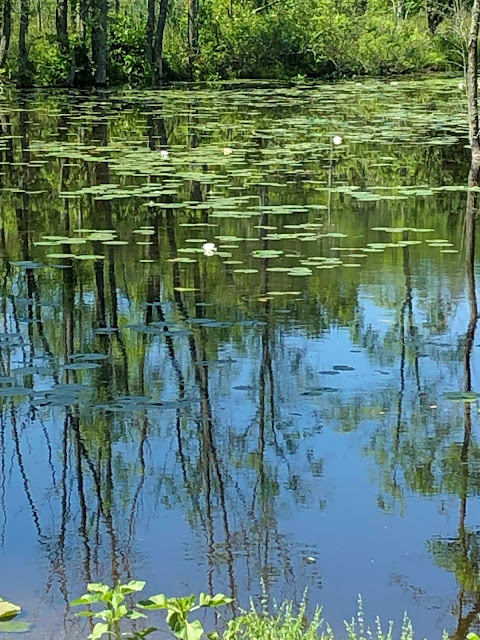 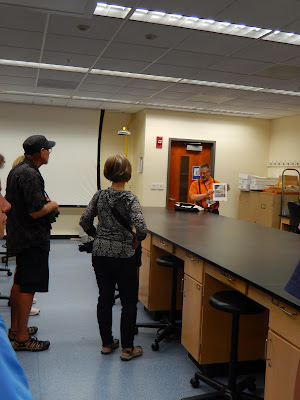 We were starving after the two hour tour so we set off for the Mahogany Grill in downtown Ithaca.   I took no pictures.   It was a lovely, sunny day and we sat outside to enjoy our meal.   Afterward we went our separate ways with promises to meet up again this fall in Florida.   Eric and Laurel were going back to Cornell to hike some of the trails in the nature area surrounding the Lab. and we had to head home.

On our way through town we saw a waterfall that made us turnaround for a closer look. 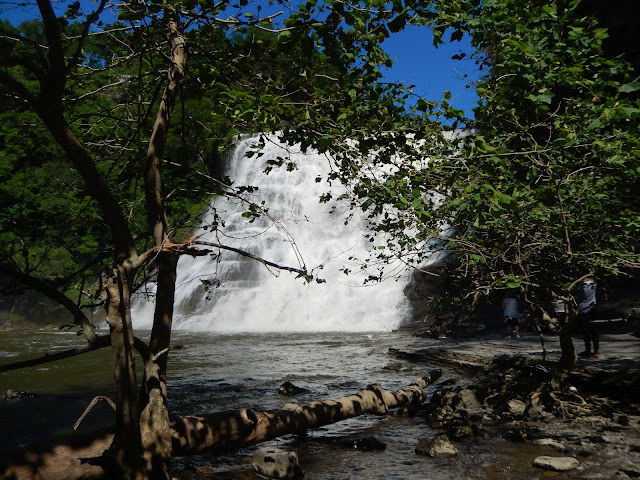 It was Ithaca Falls which figured prominently in the industrial landscape of Ithaca in the 1800's. 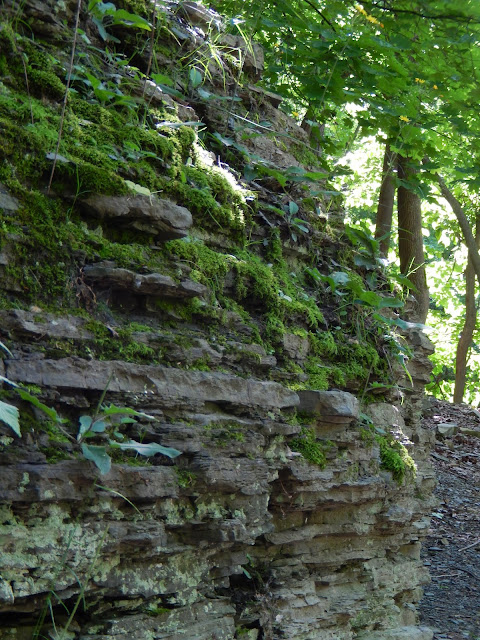 The park surrounding this 105 foot high falls has been the site of a major lead contamination clean up effort as a result of  over 100 years of shotgun testing by Ithaca Gun Company.    The company, along with several others, were located just south of the falls. 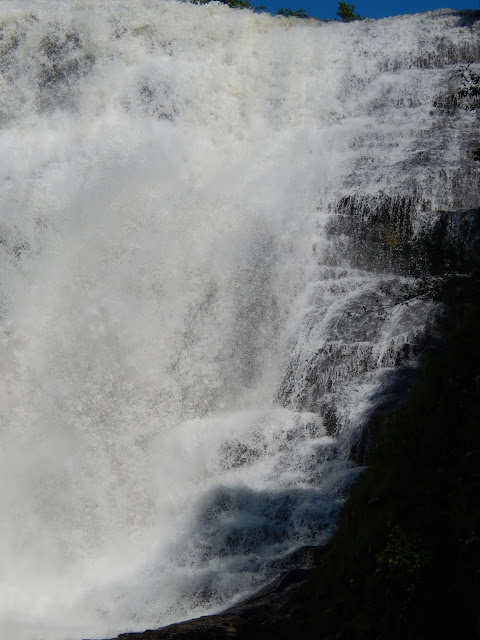 After exploring the area we continued on our way home.   Another sign, another detour.     Lewis was waiting patiently at home for us, so we kept this stop short.
We couldn't pass up a quick peek at Taughannock Falls, could we? 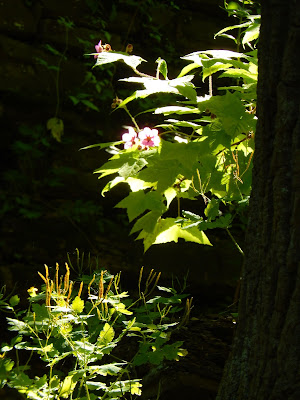 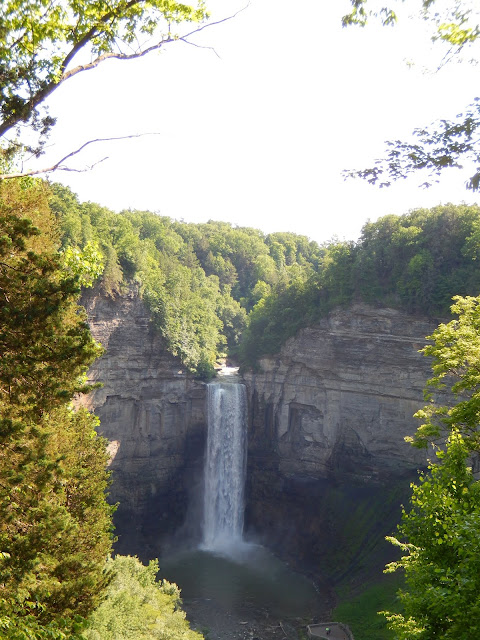 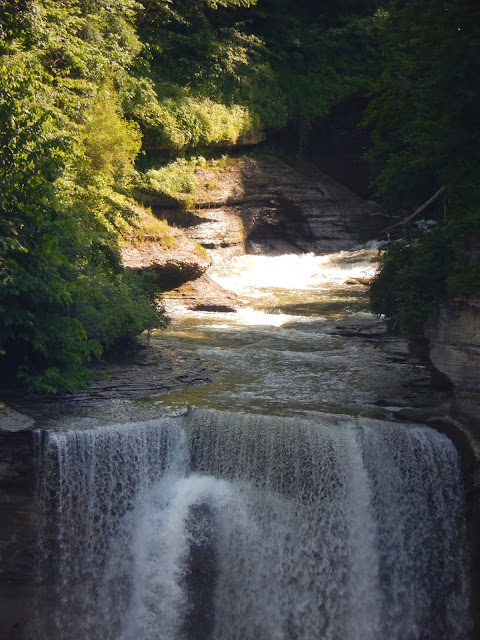 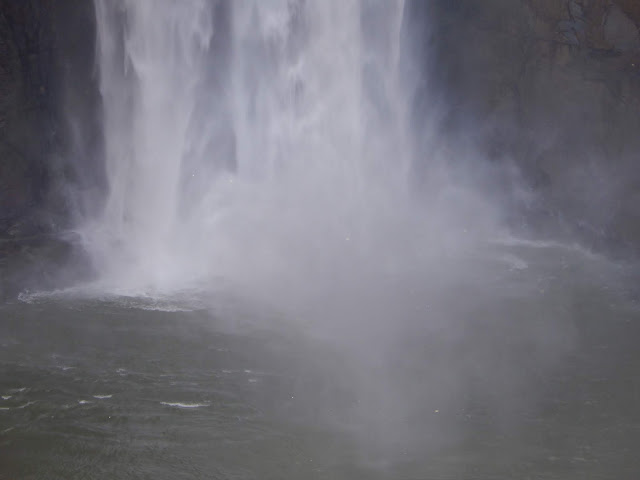 It was a wonderful Sunday with good friends, good food, and some new experiences in familiar place.


Some of you wondered what Lewis did today to celebrate his 10th birthday.   He asked that I not take a formal picture, he feels they are silly at his age.   So here are a couple candid shots.   He lounged on the dock for second cup and happy hour (he may have had a bit of shrimp there), helped Dave build the bonfire for our 3rd of July celebration, enjoyed some steak mixed into his dinner and then helped Dave catch a fish.   In his world, it was a very good day. 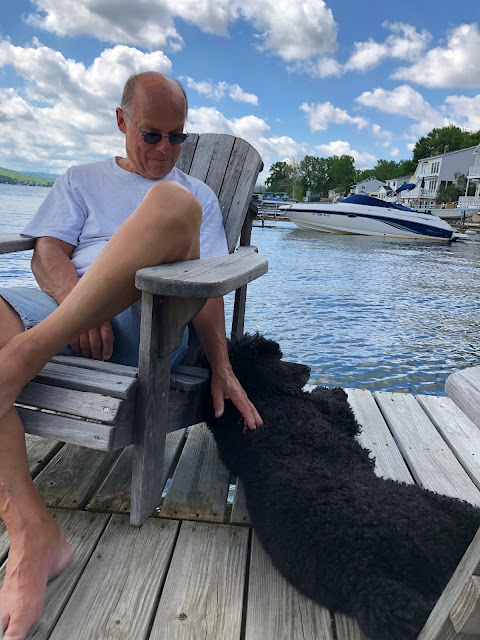 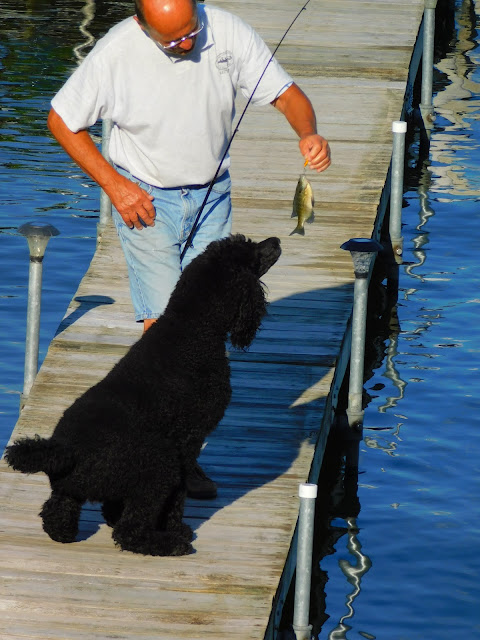