The sun is so welcome.    Even though the temperatures haven't really arrived at the season's normal highs, the sky is blue and the sun is shining.   It makes us happy....all of us.   We're able to sit outside for second cup (we're warm enough with our sweatshirts on) and Lew enjoys playing with his fish on the patio and stalking squirrels in the dense foliage behind Beluga. 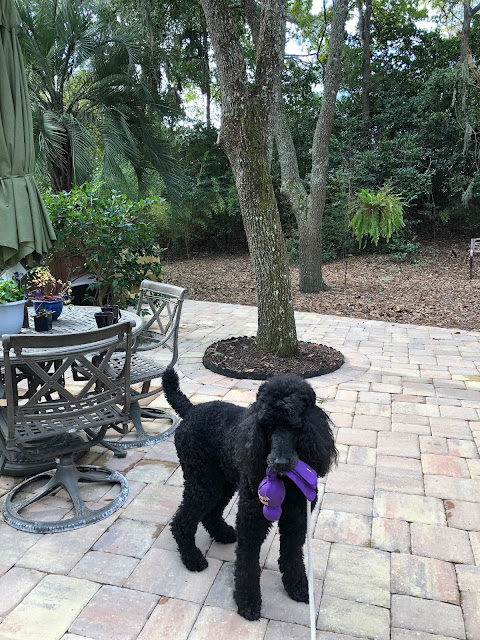 There are so many good restaurants here that I've had to curb my enthusiasm and only go out for dinner every other night.     We just may sneak in a few lunches on the "off" days.

We've slipped into our favorite, relaxing routine.    We enjoy slow and easy mornings followed by some afternoon exploration.      Here, our explorations usually involve a beach. 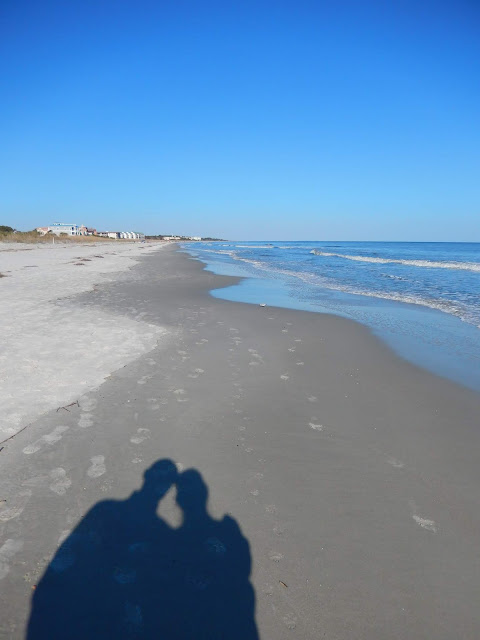 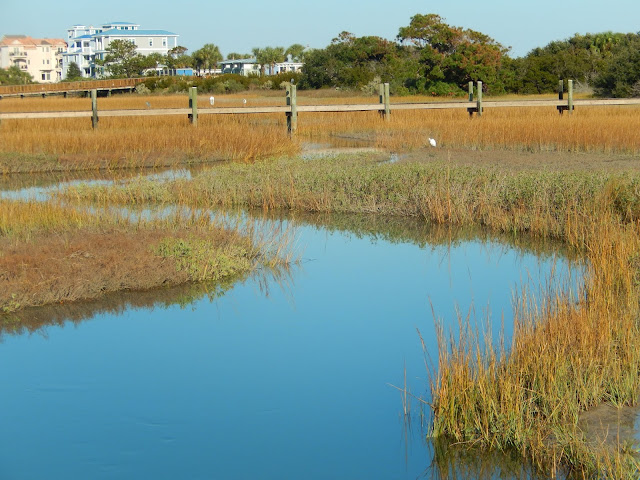 Yesterday, however, they included a little off-roading!     As we were heading toward - the beach - I thought I saw a Bald Eagle on a power pole.    We were in traffic and couldn't just stop, so my driver made a quick right hand turn and found a way to get us near enough to see if it really was an Eagle. 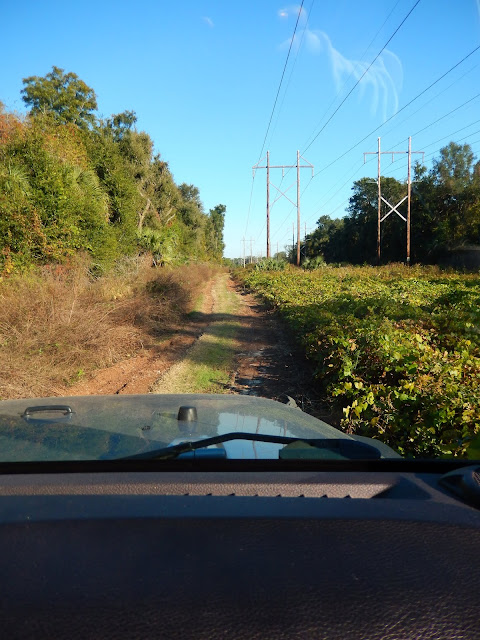 The rutted track followed the power lines and ended at the edge of a swamp but we were able to see that it was, indeed, a beautiful Bald Eagle.   He sat there long enough for us to see him before lifted off and flew away. 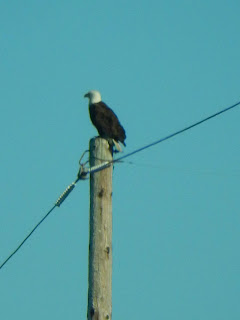 We realized how much we missed being off the road and exploring unknown paths so we decided to follow another sandy track into the jungle to find out where it went.   I could see sun shining on water up ahead so that's where we pointed the Jeep's nose. 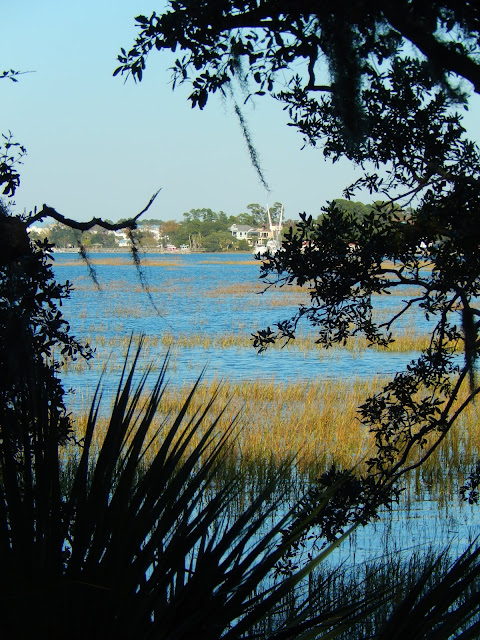 In a beautiful clearing we discovered an old cemetery.    Jenkin's Island Historic Gullah Cemetery to be exact. 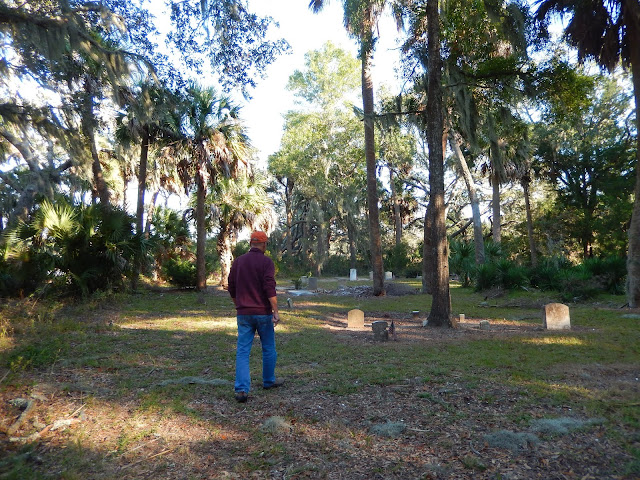 Just a handful of old headstones along with one or two fairly new ones adorned with plastic flowers. 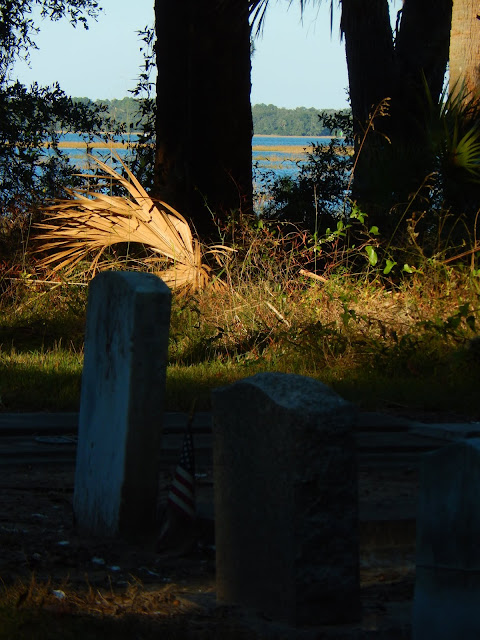 We couldn't believe that the "road" we drove in on was the only entry to this cemetery.   It looked like the sand track continued along the water so we followed it, thinking it was probably the entrance road.


Nope, it just ended in the jungle and we had to back all the way out.   So....the only way in to that sweet old cemetery was along an unsigned,  muddy, rutted, weedy track below the power lines.   It doesn't seem right to me.


Today's exploration took us to a new to us beach with a funny name.   Fish Haul Beach.    It was accessed from a pretty park, Fish Haul Park. 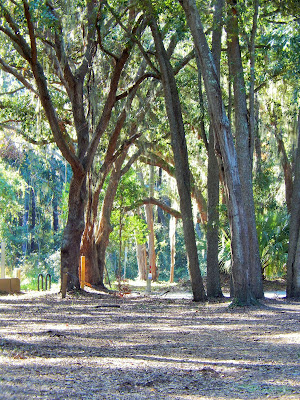 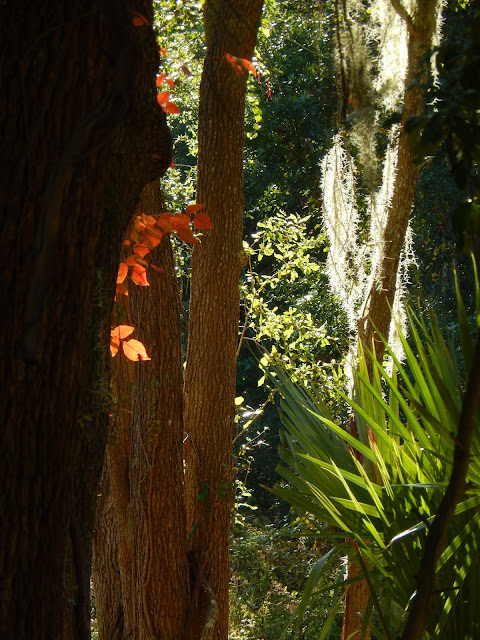 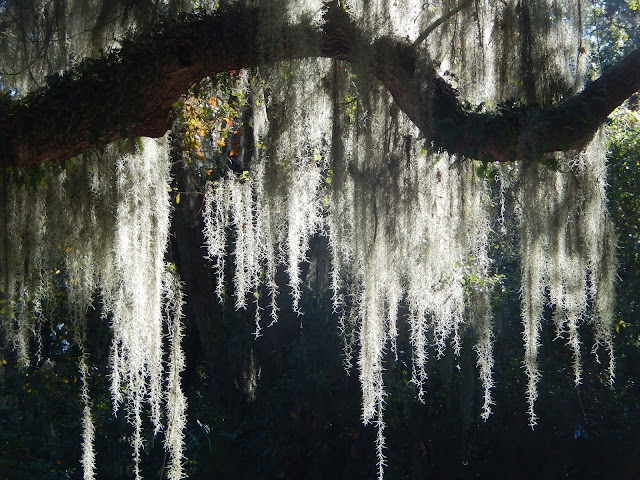 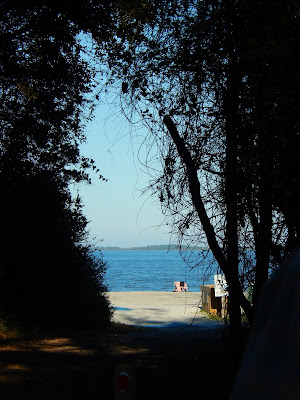 Just a short walk through the salt marsh and we were on sand. 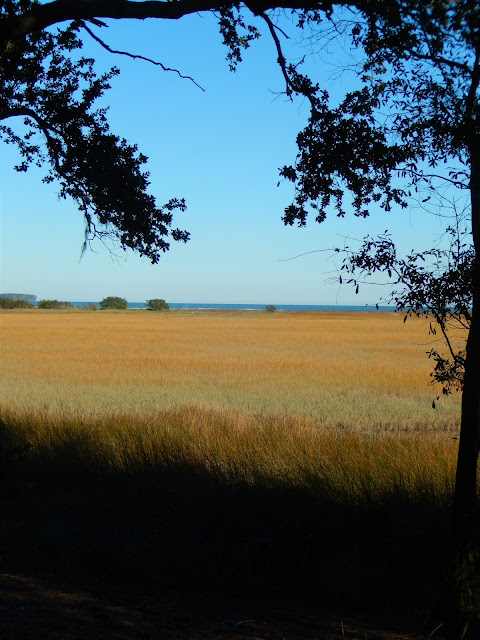 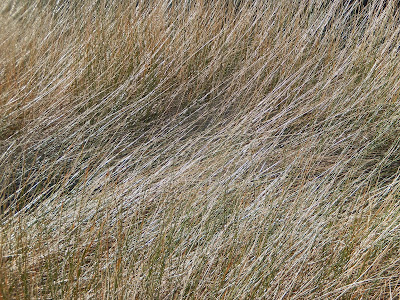 This beach is more natural, more shorebirds, lots of "stuff" to poke through and less people (actually only two or three).   Perfect! 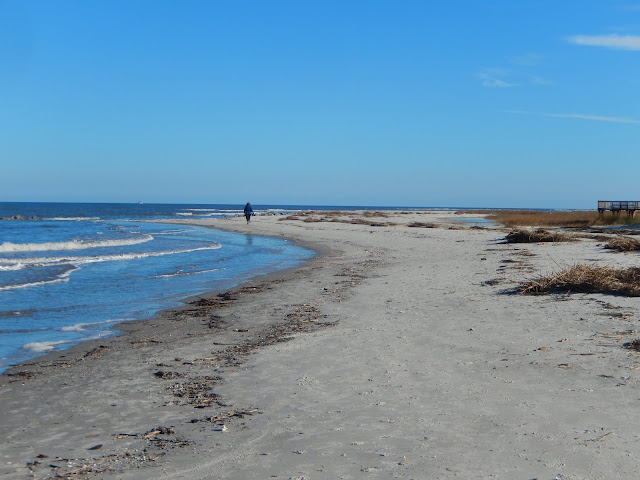 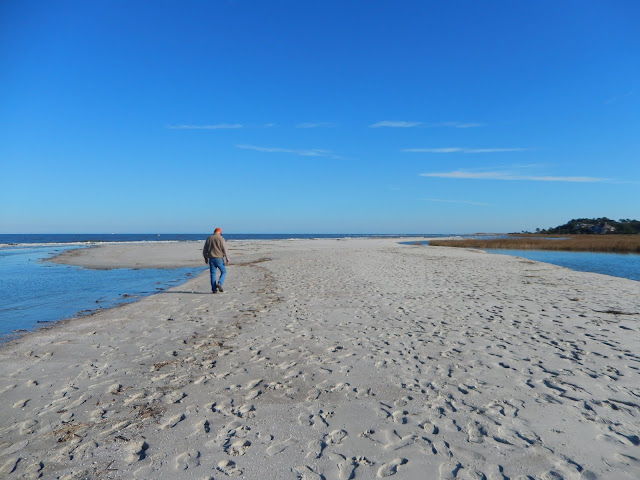 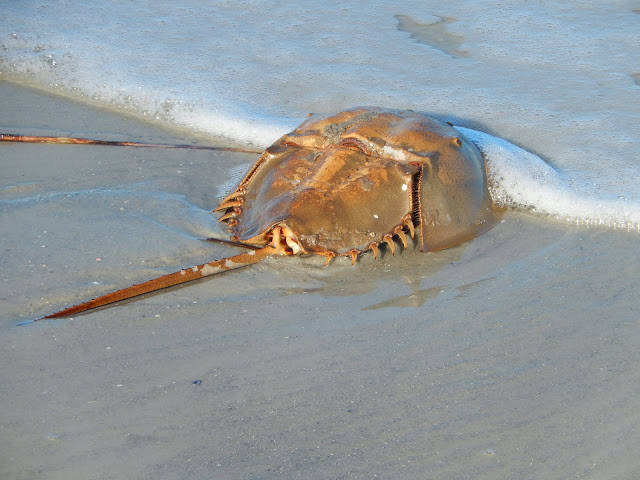 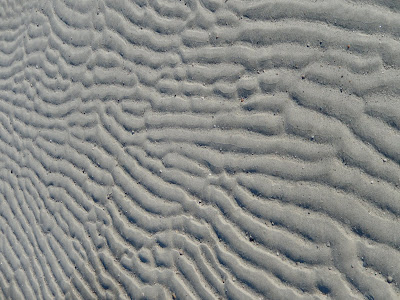 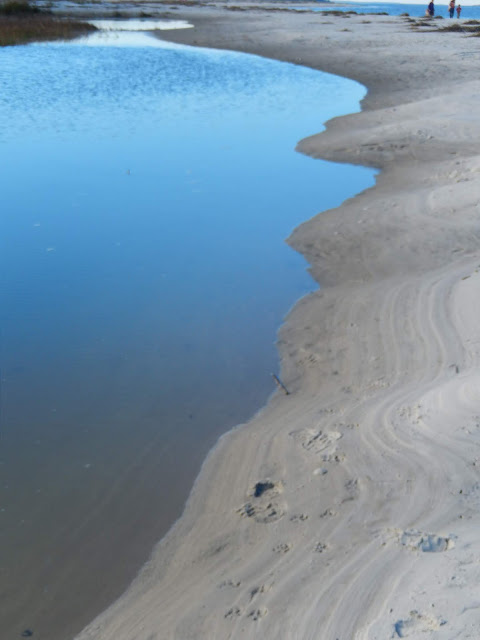 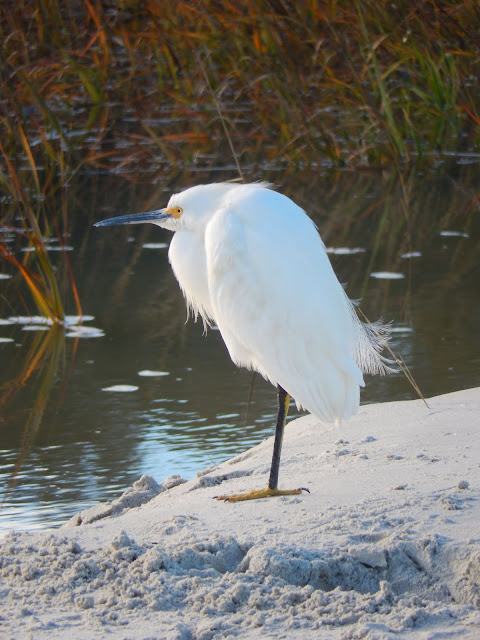 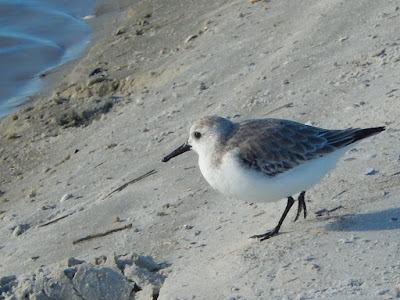 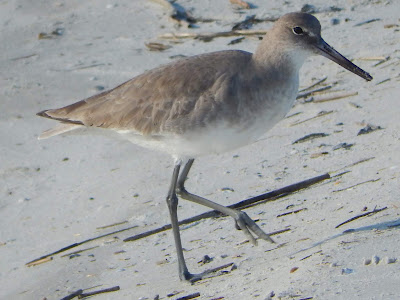 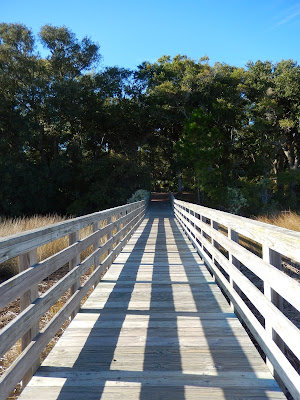