Beluga had an appointment at Cashman Caterpillar in Henderson, NV last week.   Dave has been watching a oil leak that only presented itself  when the engine was running and an unusually loose V belt that drives the water pump.    Given Beluga's age and our dependence on her, he feels strongly about being proactive so an appointment was made to check it out.    Cashman wasn't sure how long she would need to be there and we were not able to stay inside while she was in the shop so Pam and John graciously offered us the use of their lovely home while we were temporarily houseless. 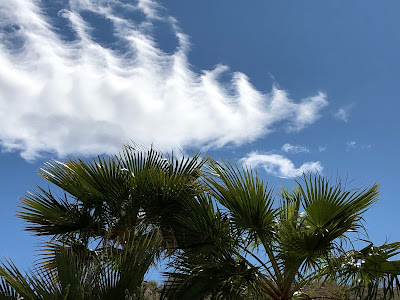 We enjoyed the back yard often.    The cloud formations that drift by are hypnotic and Dave can't keep his eyes off all the planes that fly over on their way to and from Las Vegas.    We have an app on my phone that identifies each plane and their route.....can't keep it away from him.

Lewis took full advantage of  their deep leather couches and huge pillows when he tired of playing "find the fish" outside with Pam.    He may or may not think their stone fountain is his personal drinking vessel. 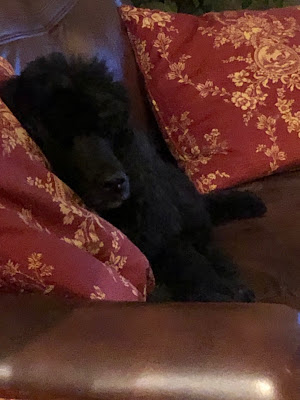 We shared some good meals, either cooked in her large kitchen or taken out from the wonderful China Bistro.    Dave and John learned new life skills when we asked them to preheat the oven and then bake a frozen Julian pie while Pam and I braved the grocery store.     This accomplishment provided us all with serious belly laughs later that evening, but I will freely admit that the pie was perfectly baked.


To assess the progress of Dave's leg pain we took a couple of Jeep rides, one to "the strip" and one out into the dessert to check out the wildflower situation.    Things are getting better. 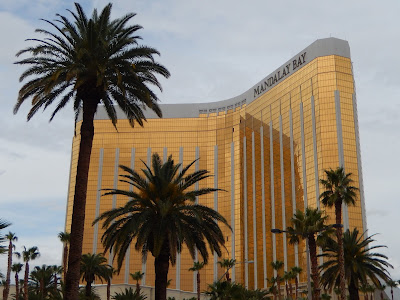 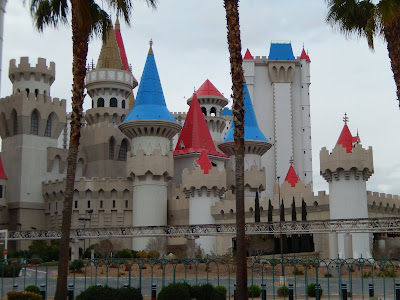 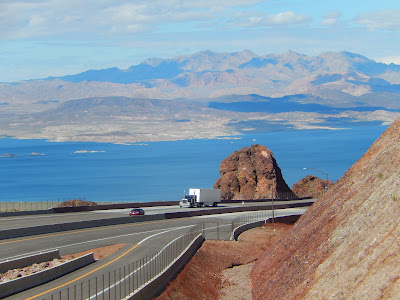 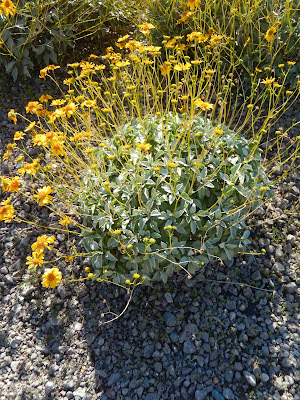 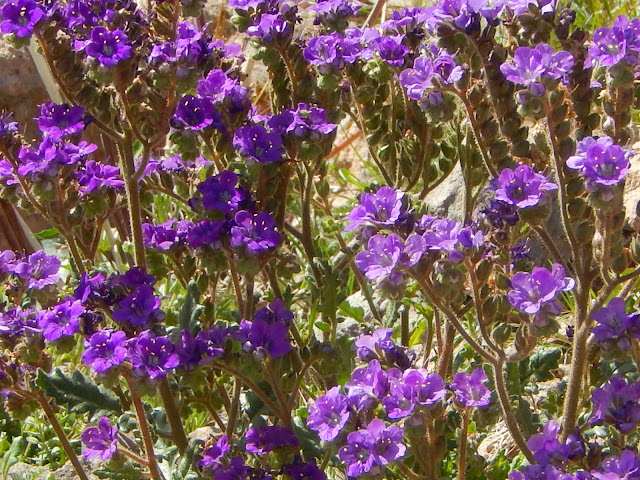 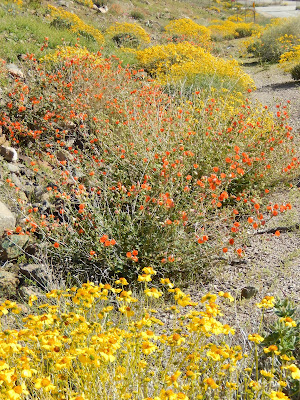 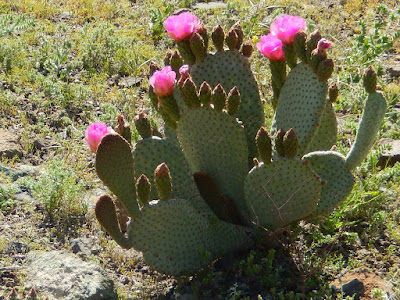 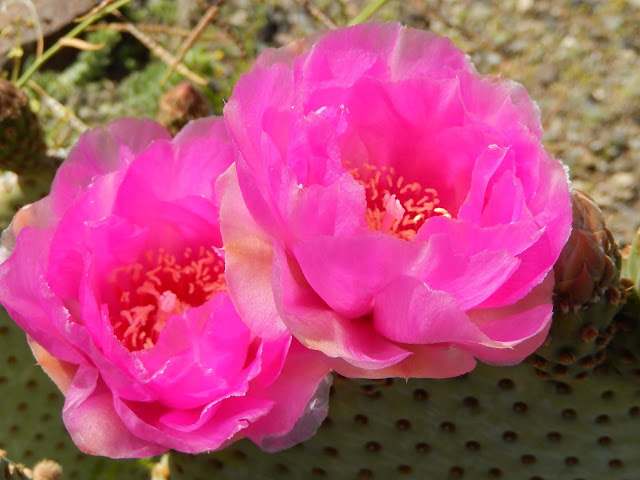 The end of the story is that Beluga came back from the shop after a couple of days all fixed and raring to go.  Dave had been right to have them look into the leak he found.   They discovered that it was coming from a corroded and cracked housing on the oil pump, so a new one was installed.   In the process of trying to tighten the V belt they saw that the belt tensioner was corroded and seized so it was also replaced along with a couple fuel lines.     Caution to us all - don't drive your motorhome on the salty northeast roads in winter!