"What a Rush".....said an old Cowgirl we met in Montana a few years ago.    In retrospect, she probably wasn't all that old, probably just a little older than I am right now.    At any rate, she and her then husband were parked a few sites down from us in Polson, Montana and we got to know her through our mutual love of horses and her "out there" personality.    She and I haunted nearby stables to collect used cattle roping ropes to make her unique baskets.   Fun lady.


My Christmas Cactus, which is really more like a Thanksgiving/Easter Cactus, sits on Beluga's dashboard in one of her creations. 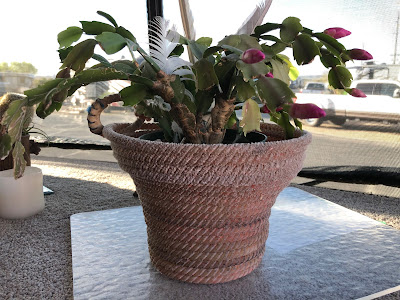 In her younger years she competed in Cowboy (Cowgirl) Mounted Shooting Competitions and remembered those days enthusiastically.    "What A Rush", she said repeatedly as she described riding her mare at break neck speed around a prescribed course of balloons set on high poles, bending around barrels, drawing her pistols (yes, two of them) and shooting out the balloons on both sides as she flew past, then galloping "home" for the best time. 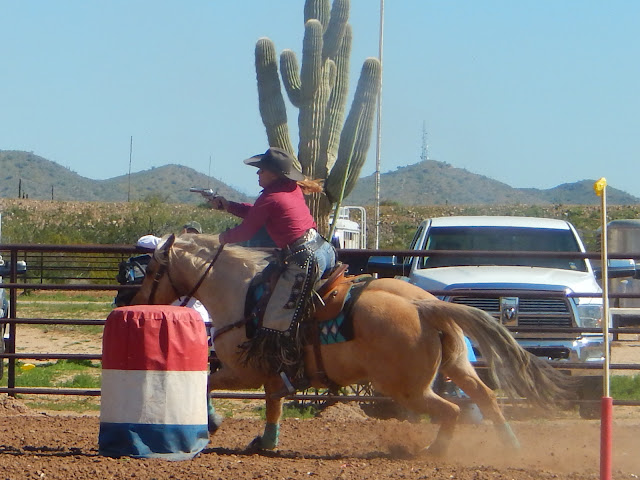 I don't know where Nancy ended up, I heard she divorced the hubby, but I wish I had her next to me when Dave and I watched a Cowboy Mounted Shooting Competition at Ben Avery Shooting Range north of Phoenix yesterday.    I know she would have been hooting and hollering! 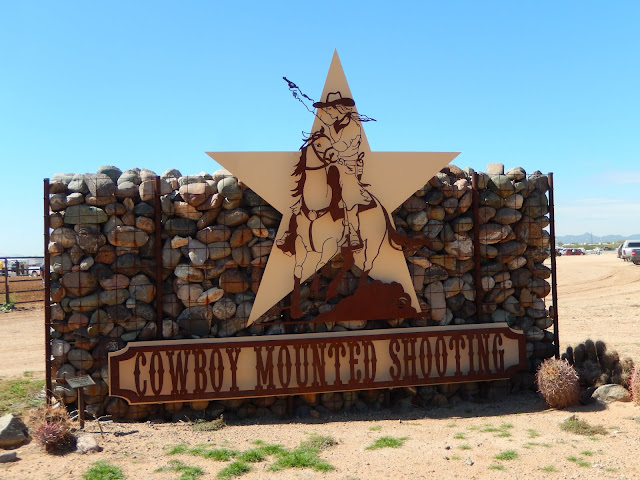 We had a great time standing ring side, watching the cowboys and cowgirls riding and shooting and standing at the in gate, cheering their friends on and patiently waiting for their next turn.     After each round a bevy of youngsters raced into the ring to replace the exploded balloons and then get out of the way before the next contestant loped in.    They took their jobs very seriously,  even if some of them were barefoot! 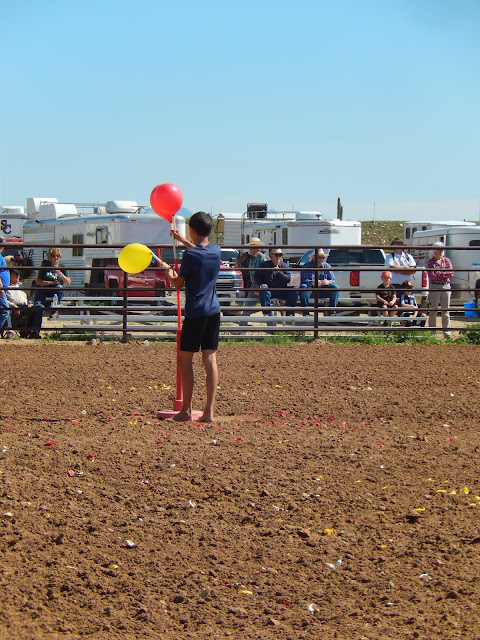 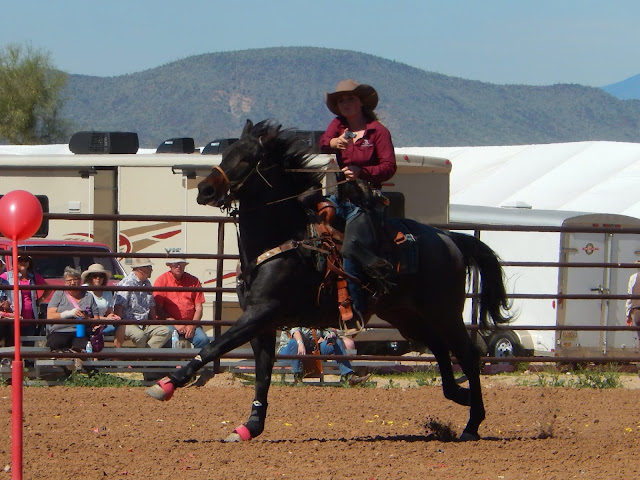 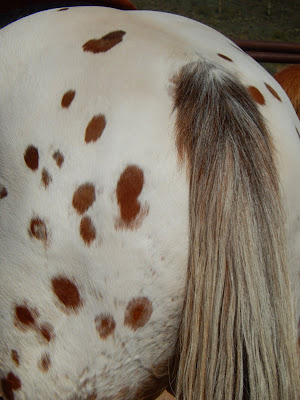 We brought out lunch along but didn't want to enjoy it in the dusty shooting range so we left the grounds and headed down Castle Hot Springs Road, along Lake Pleasant. 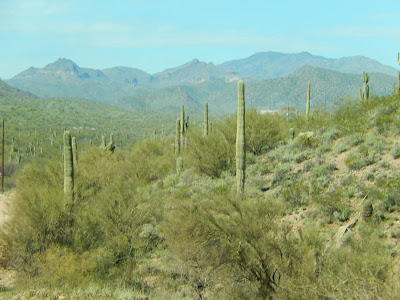 We continued along, after the pavement ended, until we found a nice, quiet spot overlooking the lake.
Just what we were looking for.....Lunch with a view. 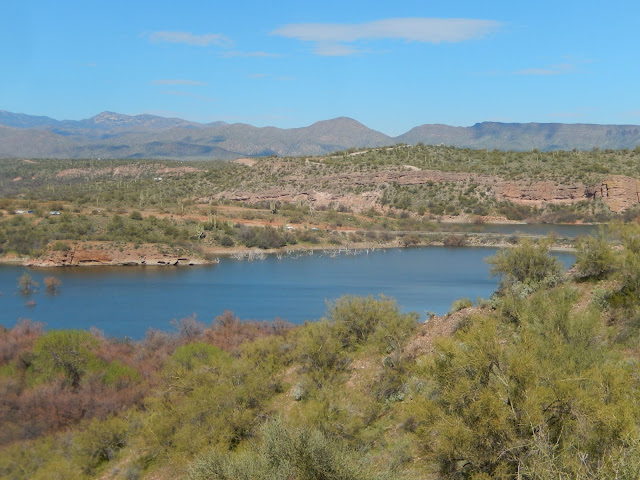