We had another gentle day, pleasant and needed, but not exciting.   Sometimes exciting is overrated.     We didn't get out of Beluga in any meaningful way until late in the afternoon.    We followed F Road from our campground until it led us to the Grand Mesa Scenic Byway.    Since it was late in the day we decided to just meander along and enjoy the ride until we felt like turning around. 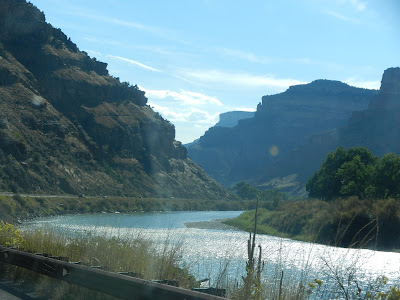 We drove along the Colorado River and then turned off onto route 65 toward Mesa.    The road ran beside Plateau Creek in a deep and fairly wide canyon with dramatic, sheer cliffs rising up on either side. 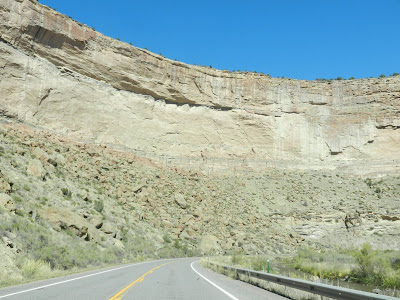 It was evident that Cliff Swallows found this environment to their liking.   They were clustered together in mini cities at regular intervals under overhanging rock shelves. 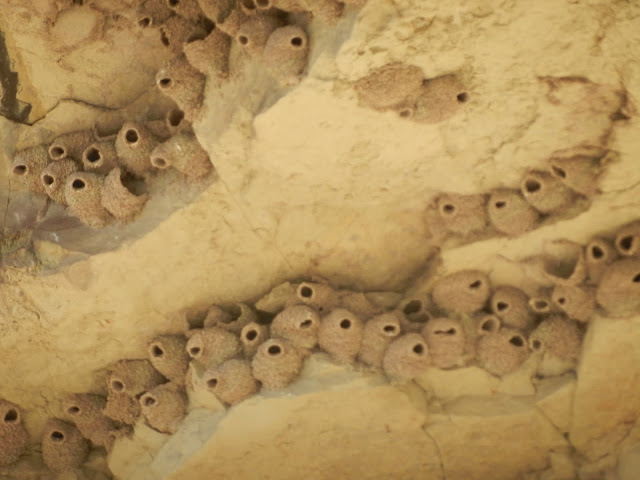 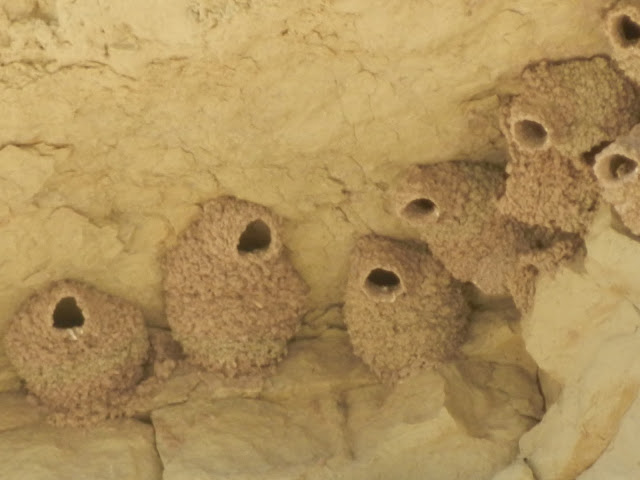 Their nests make me think of Muppet characters or Star Wars creatures.

We drove as far as Powderhorn Ski area before turning around and heading home.     The scenery was beautiful, far away and close up. 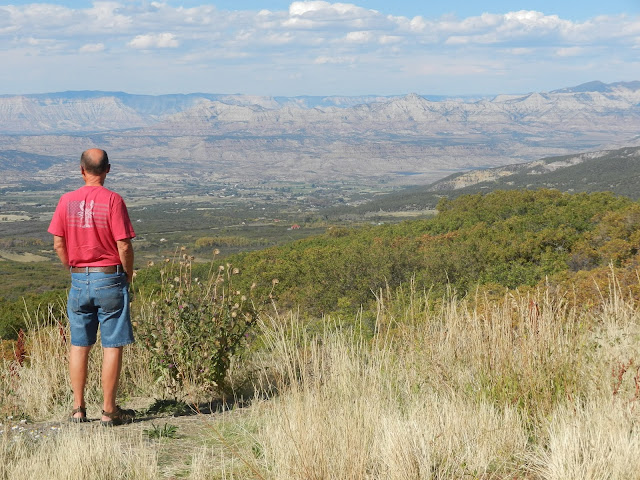 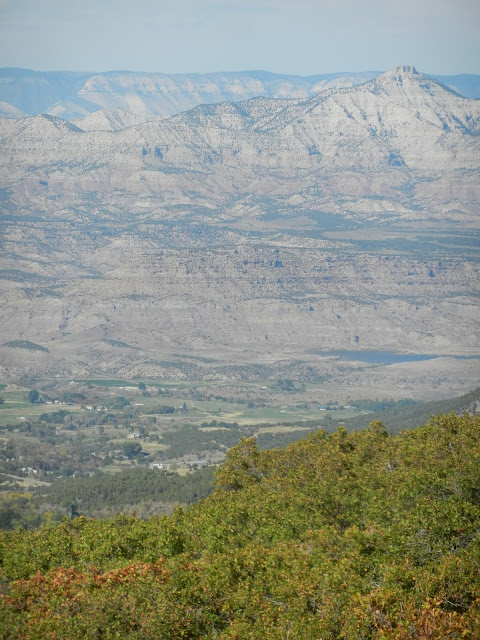 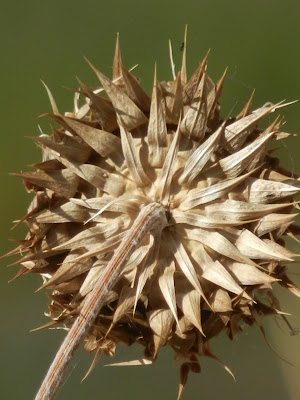 The aspens were still beautiful, even though a fungus caused by an unusually wet spring has caused the leaves to spot and drop prematurely. 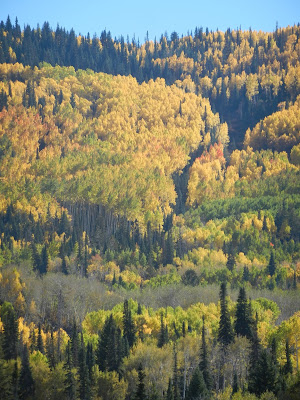 We break camp tomorrow morning, heading west to eventually join John and Pam of ohtheplacestheygo.wordpress.com and to meet  Jodee and Bill of ontheroadabode.blogspot.com for the first time.     We're anxious to get on the road again, but are certain that we'll be back in the Grand Junction area in the future.