Sunday's drive to White Tank took just a few hours and the weather was a little windy but no problems.     The Pond's had arrived a bit before us and were pretty much settled in as we arrived. 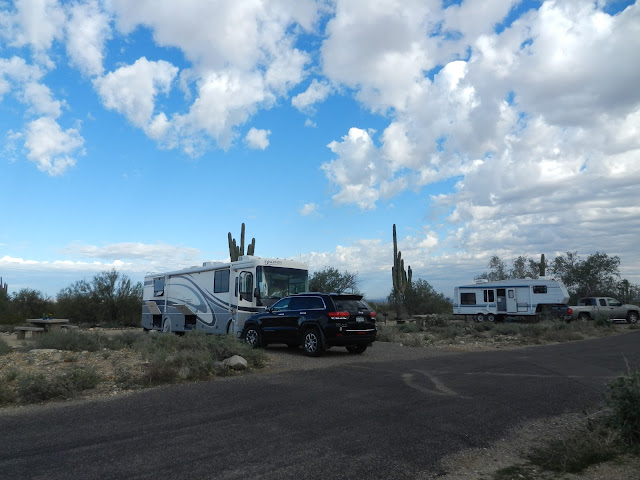 Our site (#31) is beautiful and spacious with no one behind, in front, or on one side.  A small wash winds along in the rear.   Large Saguaro dot our view.  This park is a real gem. 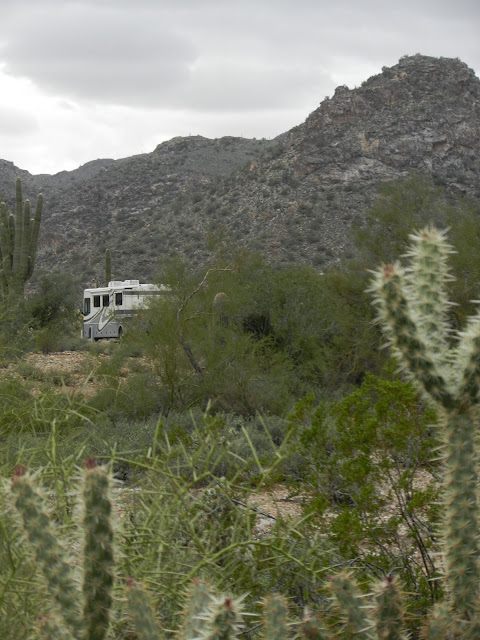 Even with the White Tank Mountains so close, we get many over the air tv channels,  good verizon signal and a strong internet connection.    The site itself, however, is pretty uneven.   Our driver's side is much lower than we like it and our  jacks aren't able to bring us up to any semblance of level. 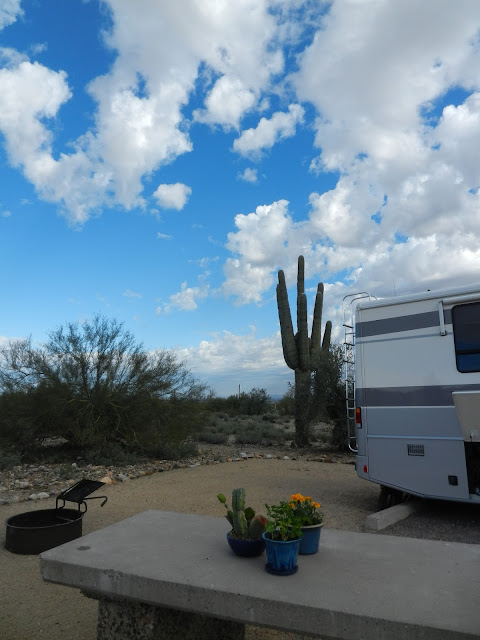 After we got organized and settled in our site, Cindy P, Walter and Geneva walked over and we enjoyed happy hour outside in the sun.     No sign of the storm that was brewing.


We have a beautiful view of downtown Phoenix especially at sunset and after dark its lights shimmer in the distance.

By about 8 p.m. our storm arrived in earnest.   The wind started to blow seriously, lightning flashed and the rain came in sheets.   We went to bed with the slide toppers banging and flapping.    In hindsight, we probably should have brought the slides in before retiring, but we didn't.   By about midnight poor Lewis crawled into bed between us and heaved a big sigh.   He was scared and trembling.

We got up to bring the slides in and quickly found out that the uneven position we were in made the motor on the living room slide work just a bit harder than it wanted to....it clicked and hummed and wouldn't come in.     Long story short, we removed some of the weight in the slide to counteract the bad angle and it retracted,  finally.     We decided we'd try to re position Beluga in the morning.

It was cold this morning, cold all day as a matter of fact, but the wind was gone so after second cup (inside) we unhooked and Dave turned Beluga around backward in the site......Perfect solution to our problem.    We hooked back up, moved our bird feeders to where we could see them again and now we can start to enjoy our stay.


We even found a crested Saguaro not too far away at the beginning of the Bajada trail.    Many of us are fascinated by their grotesque (or are they beautiful....) shapes and, I suppose, by their relative rarity. 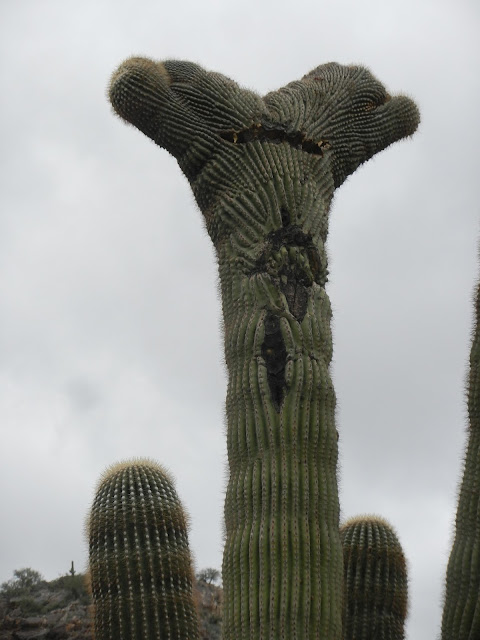 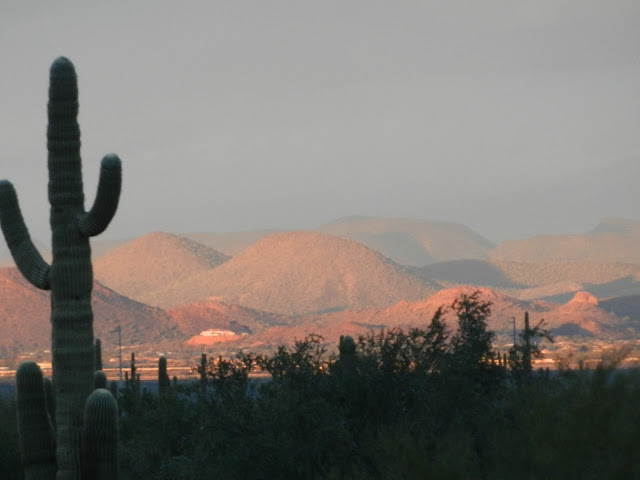 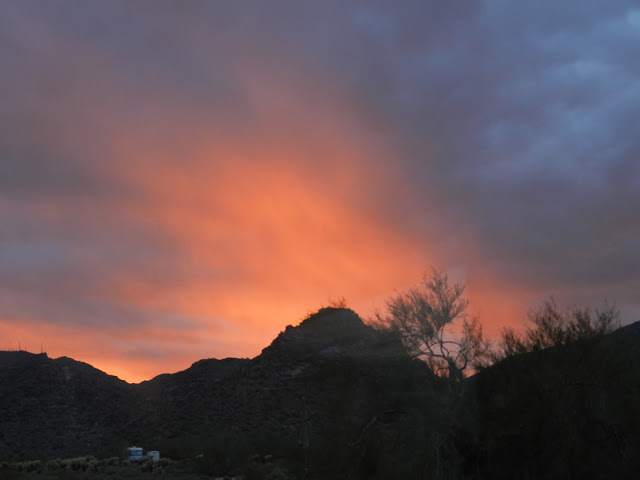