We're finding it hard to leave our chairs overlooking the lake.   Second cup seems to be getting longer and blending into lunch.     Its so lovely outside watching the comings and goings on the water, the little dramas seen from our seats.

This morning we amused ourselves watching an older couple (no comments please.....) from our campground carry their chairs and wheel a bike carrier, filled with essentials, down to the beach while trying to convince their four little dachshunds to walk along in the same direction.      They set up their covered chairs, put down four little dog beds (from the bike carrier) and began to enjoy the lake.    The largest dog, a very overweight brown and white guy, waded directly into the water and began to swim.   One of the two black and tans began to howl and pace the shore.   The other B&T barked to be picked up and the last brindle pup sat quietly.    Back and forth the brown and white dog swam, tail wagging wildly, back and forth the black and tan paced, barking and yipping.    I don't know how the couple could stand the racket!       We watched with interest because it isn't common to see dachshunds swim,  with their tiny little legs and relatively heavy bodies. 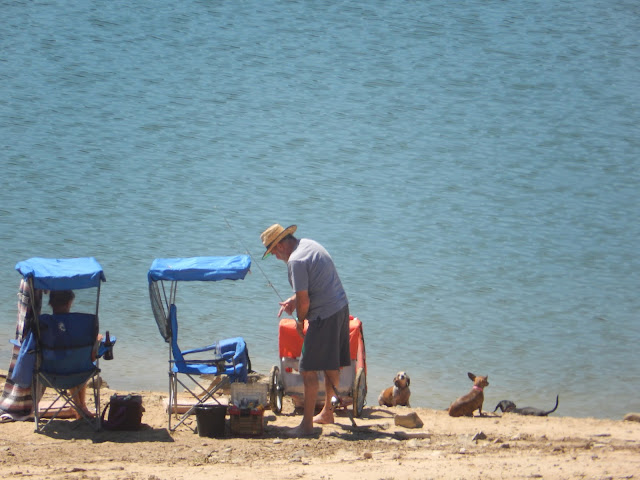 What really caught our interest was when the man stood up to cast his lure.....All four little dogs snapped to attention and tumbled around his feet, screaming and barking and jumping around like their lives depended on it!    As soon as he sat back down, the noise stopped and they went back to their beach combing.  Stand up, screaming, sit down quiet.    Funny little dogs but I'm glad they aren't in the site next to us!

Another time there were two young brothers playing in the shallow water.    One had an inflatable tube, the other a remote control jet boat.   The older child had the boat and as soon as his mother looked the other way he zoomed his green missile directly at the smaller brother.    We were sure he would run right over him, but he was quite skilled and evidently used to this cat and mouse game.   When mom looked back, the boat was looping and racing along the shore no where near the other child.

The morning slipped away and it was lunch time before we realized we hadn't even combed our (my) hair or changed our clothes!

We're not getting much accomplished here, its just too darn nice.

After lunch we decided to at least take a drive into the mountains in search of.....more lakes!    Our loose destinations were Hyatt Reservoir and Howard Prairie Reservoir about 15 miles from and about 3000 feet higher than our campground. 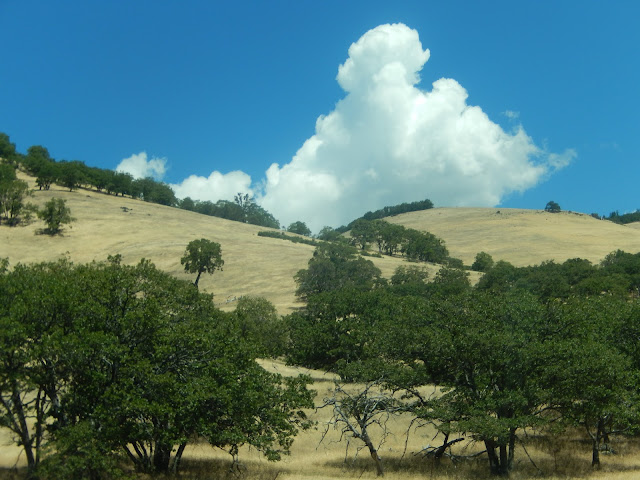 It was a beautiful ride on a twisty, jiggy road into the northwest corner of the Cascade-Siskiyou National Monument. 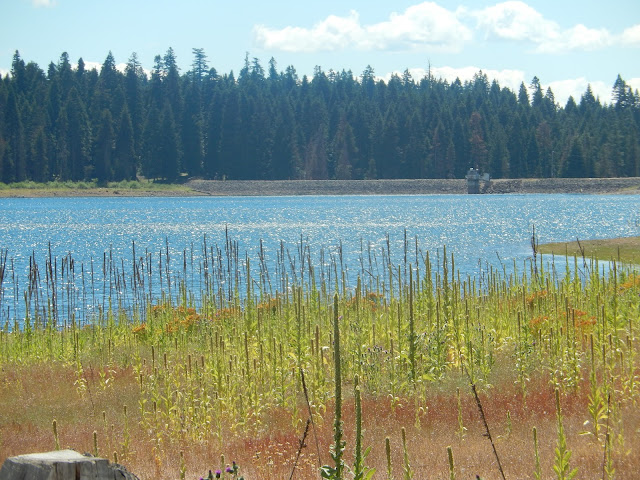 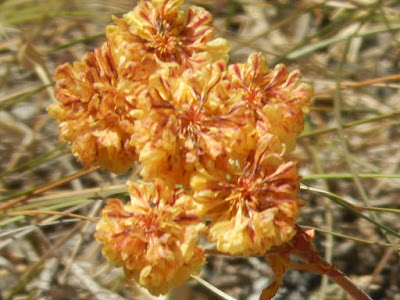 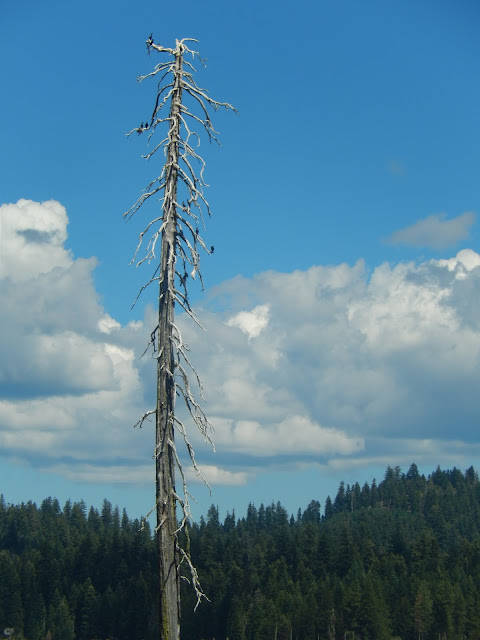 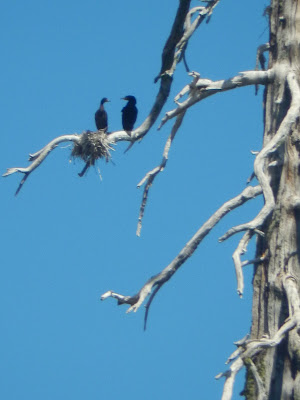 We drove through the woods and walked around the shorelines.   We watched osprey fish and cormorants dry themselves.    And then we drove home to settle ourselves outside for happy hour and to watch the sights on the lake.