Pam turned us on to a wonderful on-line reference site, birdandhike.com, detailing hikes, back roads, birding sites, etc. in the Las Vegas and surrounding areas.    I've used it everyday to plan our jeep road travels, hikes and bird watching adventures.  The other day I noticed something else on their header.....aircraft viewing sites.    Hmmmmm.

I showed it to Dave and he said he'd really (he was really really excited) like to check out some of the listed spots, so that is exactly what we did yesterday. 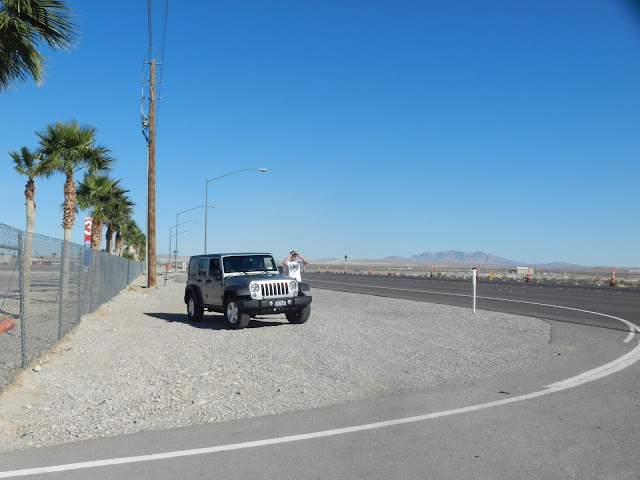 We packed lunch and headed up to the Las Vegas Motor Speedway which is directly across Las Vegas Blvd. from Nellis Air Force Base's runway.   One of  birdandhike site's suggested spots was at the corner of Eren and Las Vegas Blvd. so we started there. 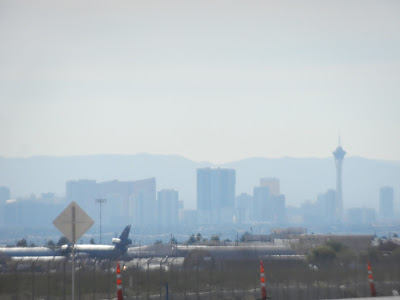 It was exciting to sit on the shoulder of the road, pointing toward downtown, watching the aircraft taking off for practice flights over the desert.   One after another after another.    F-15's, A-10's, F-16's, F-22's and F35's, C17's and assorted support planes.  This weekend the base is hosting a veteran's day air show and the runways were jammed with all manner of aircraft.


The sun was directly in our eyes, so we went looking for another of the site's suggested viewing spots.     We parked along the fence at the take off area of the airforce base's runway, across from a large scrap metal, junk yard.   There were a few other cars watching with us.


The planes would come screaming over our heads, almost low enough to see the pilot's faces.   We could hear the sounds of the electronics moving the flight control systems as they passed barely 100 feet over our heads.    So exciting!

My camera just couldn't focus fast enough, although I tried vainly to capture these missiles.     I tried the phone's camera, without any better results.   I finally settled down and just watched these mammoth birds do their thing above us.   Fantastic feeling to feel the ground shake as they flew.

When there was a lull in the action we moved to the last best viewing spot at a small city park at the corner of Cheyenne and Lamont.    The surroundings were much more pleasant there and we settled down on the Jeep's bumper to watch.

We didn't sit for long as we kept jumping to our feet to track them as they approached, flew over and then landed.

On our way home we decided to forgo the busy highways and drive directly through the middle of North Las Vegas (oh my.....) and down "The Strip" on Las Vegas Blvd.    An interesting route to say the least. 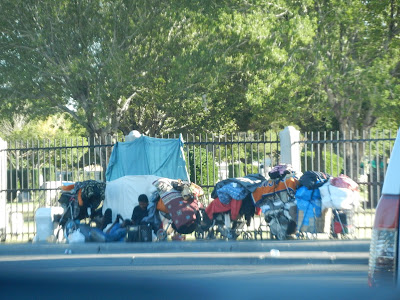 We passed a huge area of homeless (or "houseless") people along a cemetery fence.    Later I learned that there were two homeless shelters, a St. Vincent dePaul center, a cafeteria and emergency apartments on the other side of the street but it seemed people preferred to line the fence. 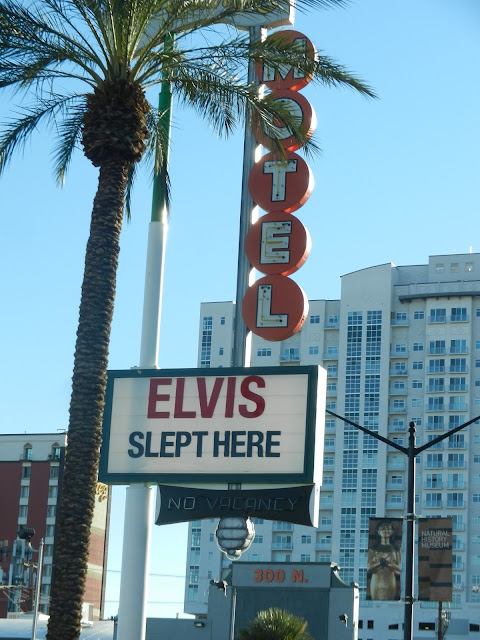 As we began to approach what most people know as "the strip" we started seeing remnants of the original area with wedding chapels and liquor stores a plenty. 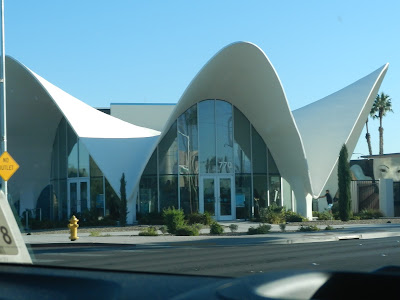 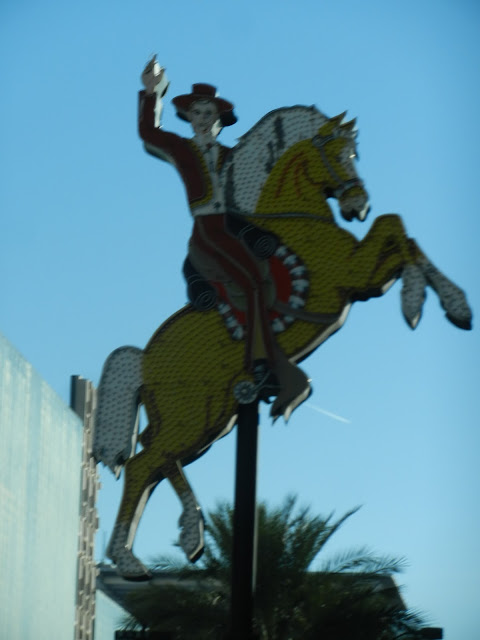 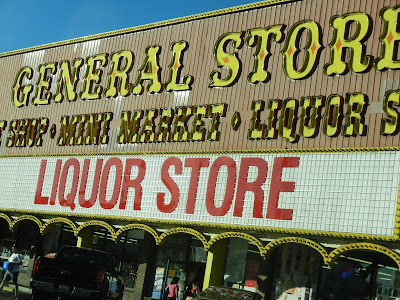 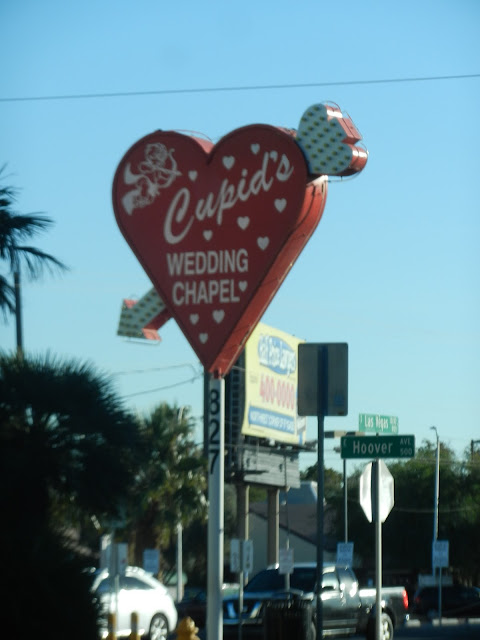 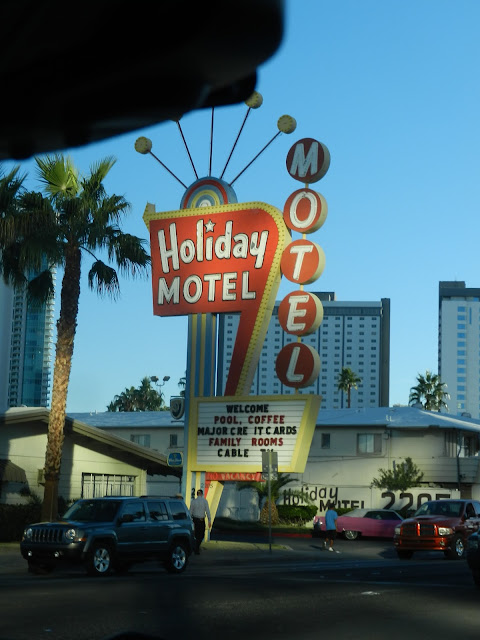 Pretty soon the traffic picked up, cars and people, and we found ourselves driving through what can only be described as an adult Disneyland.    Everything was larger than life but not real.   Huge temples, pirate ships, New York City buildings, the eiffel tower, shooting fountains, ten story clowns, an Egyptian pyramid, oh my oh my.... 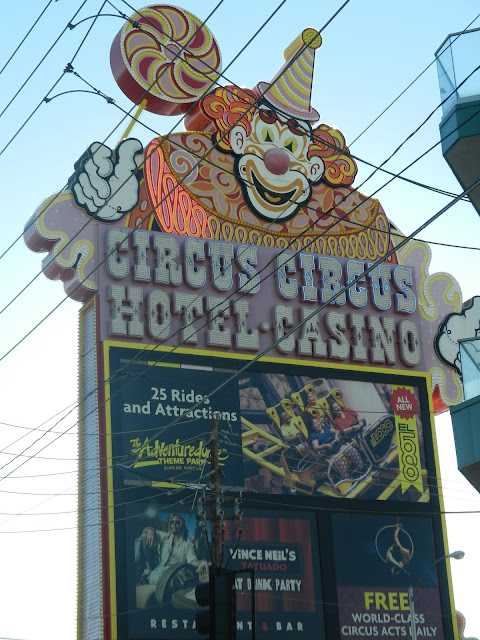 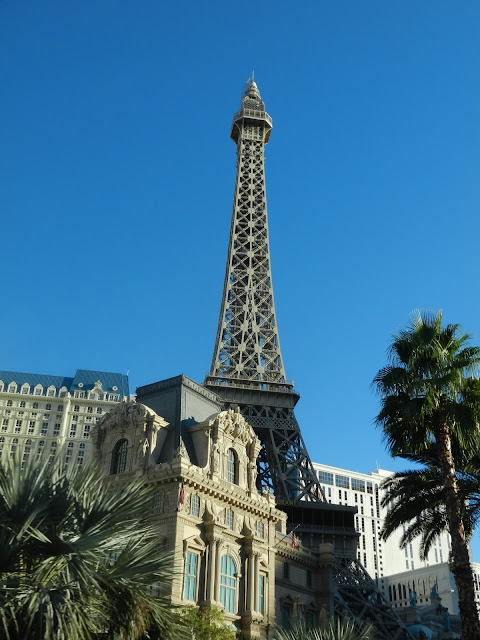 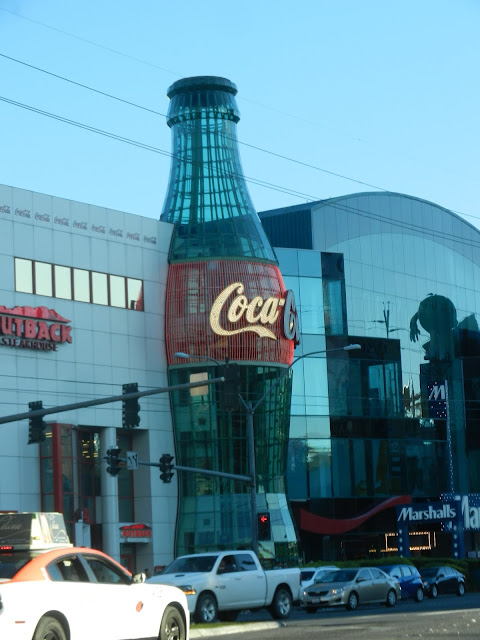 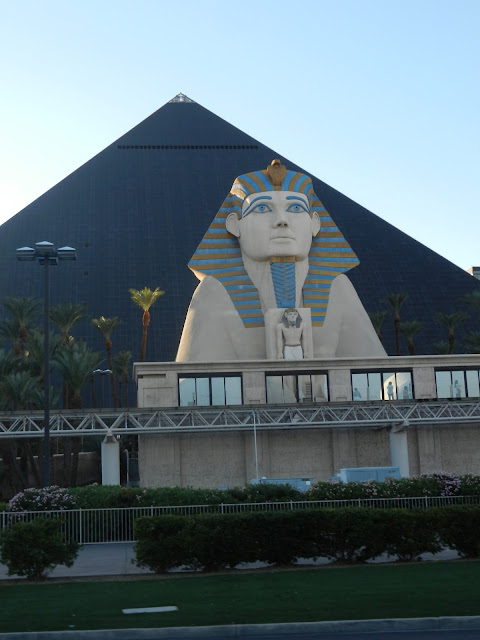 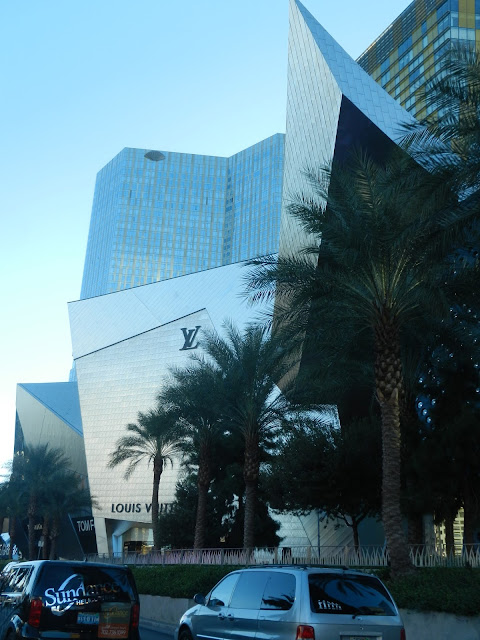 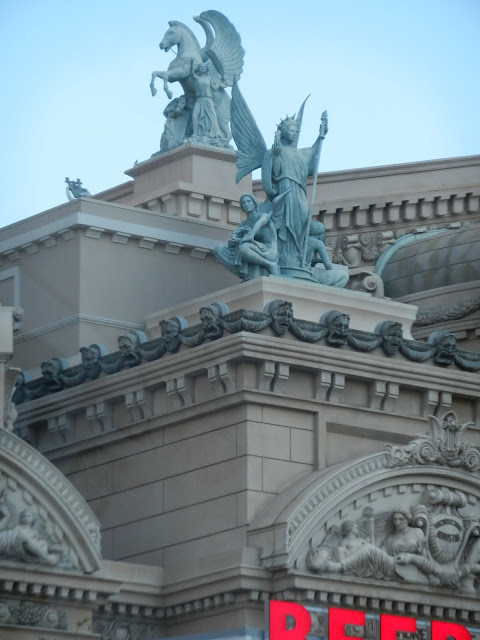 We said that sometime it would be fun to park and just walk the street, looking at everything and everyone.   It was so hard to take it all in as we moved along.   Maybe next time.....but, then we couldn't wait to get back out to the desert and Beluga.
Posted by Suzi at 11:13 PM