Last night's storm never really materialized.   It was cold, 23 degrees this morning, but we didn't feel any wind down here in our campground and we only had a slight dusting of snow on the picnic table.   A good thing.

The sun didn't really warm us up much today so we decided to do some autohiking with Lewis.     I had heard about a small unimproved park called Red Canyon Park near Canon City so that was our destination. 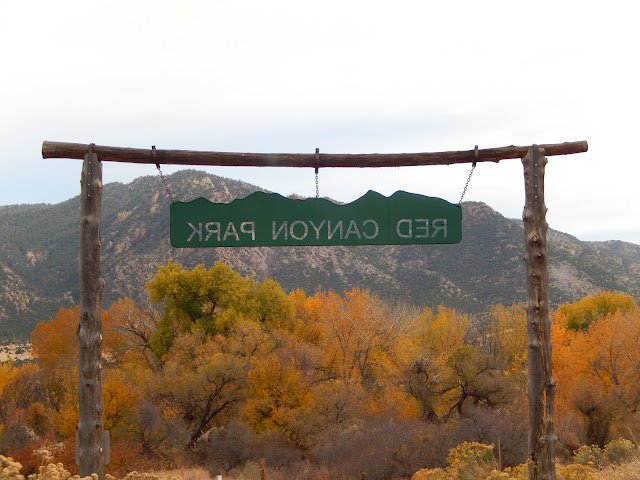 I didn't have good directions so we bumbled a bit, but often that turns out to be the most fun!     We also didn't know what to expect from this park other than the name sounded good and there was a "sort of" jeep road there.   Enough information for us!

Evidently we drove through the turkey capitol of Colorado.   We had to stop numerous times to let flocks of them cross the road.   One raft just couldn't make up their mind which side they wanted to forage on and turned around mid crossing and raced back the way they came. 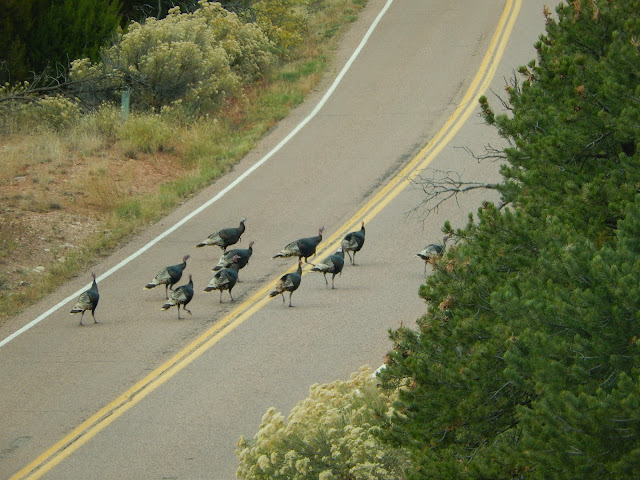 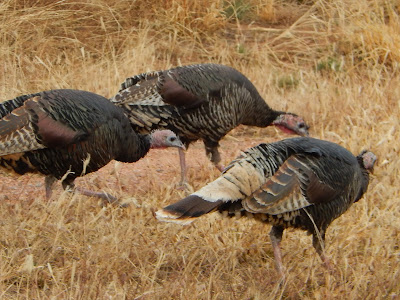 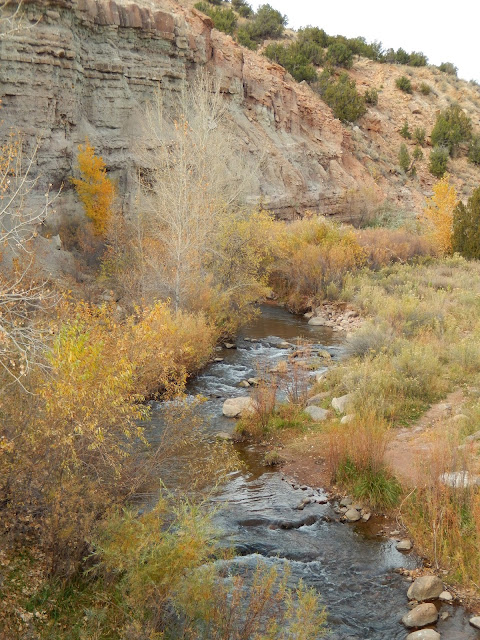 More domesticated creatures watched our progress with mild interest as we finally came to the turn off for Red Canyon Park. 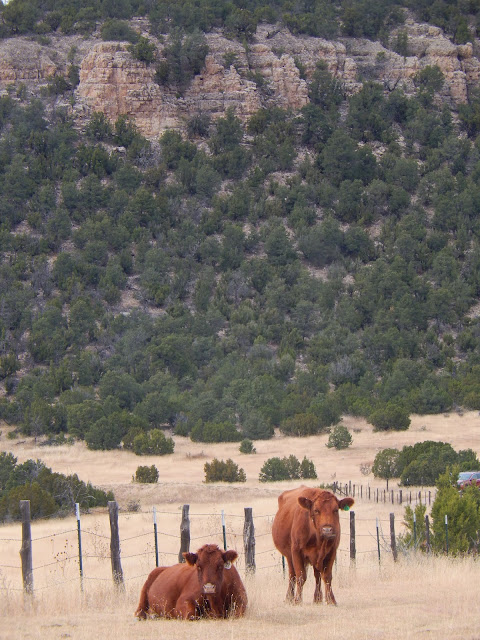 We drove on a narrow, rutted red dirt track through a varied and interesting landscape.   After about 3 miles we came to what appeared to be the end of the road.   It was blocked by several large rocks but there looked like a go around through the bushes. 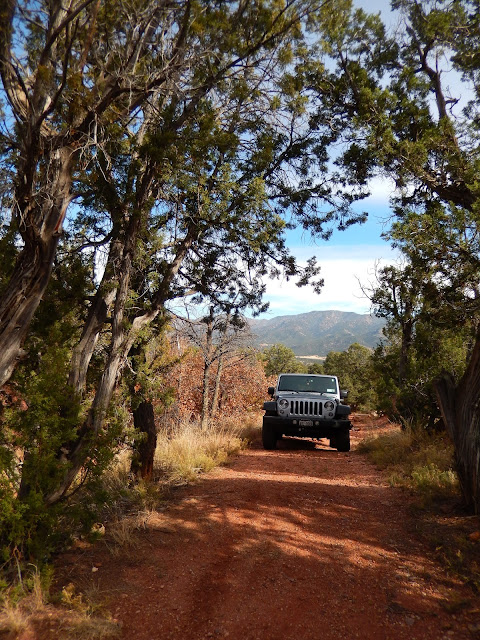 We took it up, over and down a short but steep hill only to find another dead end. 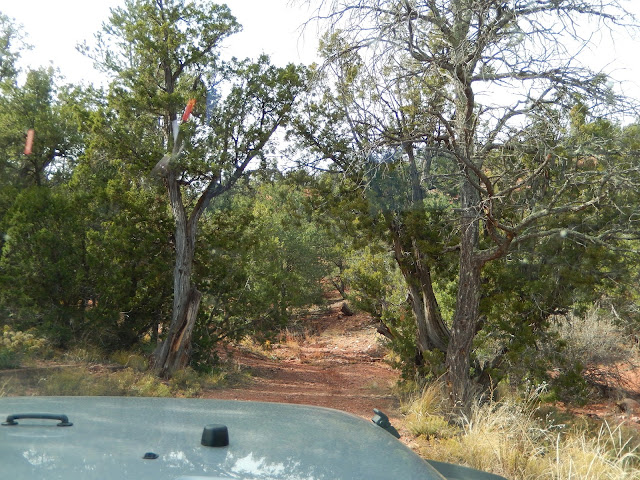 Oh well, if you can't drive you hike!   We unloaded a very excited poodle and set off down the sandy wash toward a red walled canyon. 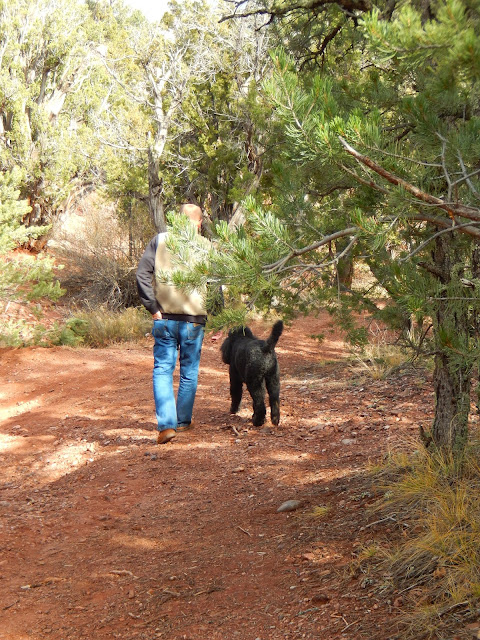 Lewis was so happy to be released from the Jeep he ran up and down the red walls, chortling happily.


We hiked through the canyon until we began to realize how cold we were.   The tall walls shaded us and the cold wind blew through our vests so we turned back. 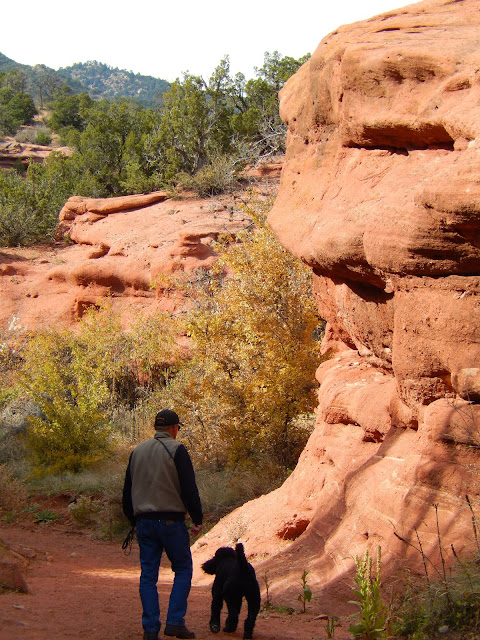 We all had a very good day, despite the cold weather. 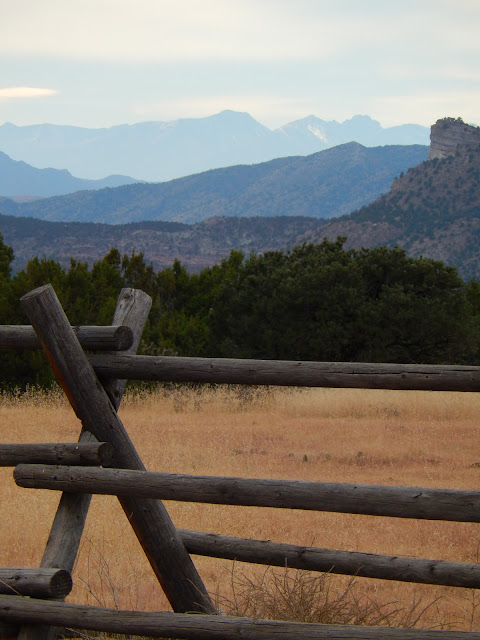