our last week in Tucson

In between living life we try to get out and see the area, perhaps do things we haven't done before.


Of course we leave plenty of time to keep our pleasant routines.   Almost daily Lewis gets to go to Gramma Pamma's house to play games with her and that man.


She usually comes over to get him with her pockets "loaded", but sometimes she stays and talks with us before he gets to go over to her house.    He thinks she spends much too much time talking with us.

Most days we spend second cup outside in the sun while we let Lewis play his "the rug ate my fish" game.  A real favorite of his.

Dave also set aside a little time for a couple vehicle projects he's been wanting to do.

He did those jobs while Pam and I took a little excursion to  the Mini Time Machine, Museum of Miniatures.    I had read about it in Atlas Obscura and then when fellow blogger, Jodee went last year my interest was really piqued.   This is an interesting place housed in a purpose built facility in the north part of Tucson.

You enter this realm through an interesting door within a door, preparing you for the time and size warp within.

Inside we were first treated to a temporary exhibit entitled "On Point" which was a collection of sculptures on the tips of lead pencils! 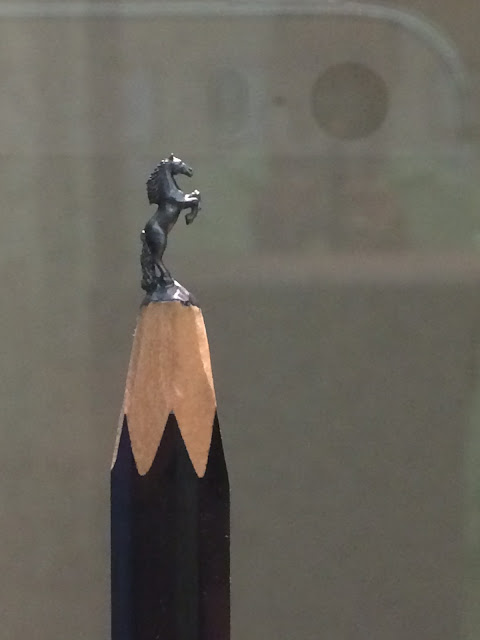 A fascinating project, each sculpture was so tiny we had to use the provided magnifying glasses to even see them.


The rest of the museum is broken up into three galleries, History Gallery, Exploring the World, and the Enchanted Realm.    We allowed ourselves 2 hours to do the entire museum and were both brought back to reality when the PA announced that the museum was closing in 10 minutes and we didn't even get to the Enchanted Realm. 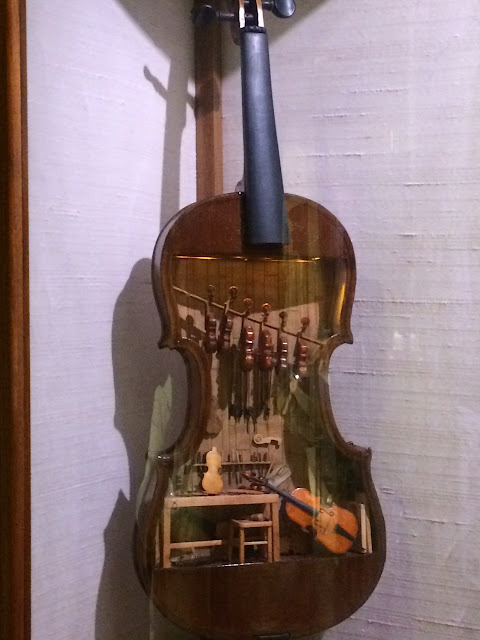 I finally stopped trying to take photographs and just looked and looked deep into each exhibit.   So many tiny details to see.    We both noticed other people using small (of course.....) flashlights to search the darker recesses, so Pam went and secured two of them (after signing her life away).

We tried to race through the Enchanted Realm in the remaining 10 minutes, but decided that we would just need to return another time to do it justice.   And....I'm sure we missed things in the other Galleries so I'll look forward to another visit next year.

Monday Dave and I enjoyed a pleasant waterside picnic lunch in Madera Canyon, south of Tucson.   This area is a renowned birding area and the occasional home of a much sought after, seldom seen bird called the Elegant Trogon.    We muchly sought after it as we walked the creek side but we did not see it.    We had lots of other bird encounters (and one beautiful butterfly), however, and it is such a beautiful place to spend some time. 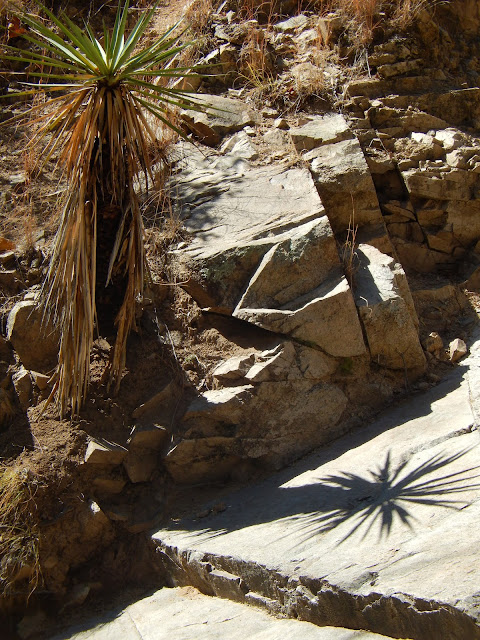 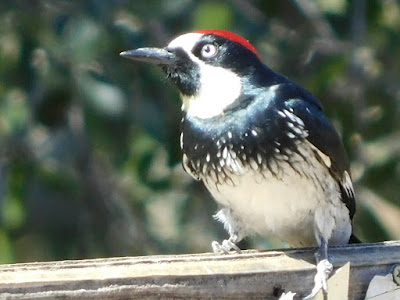 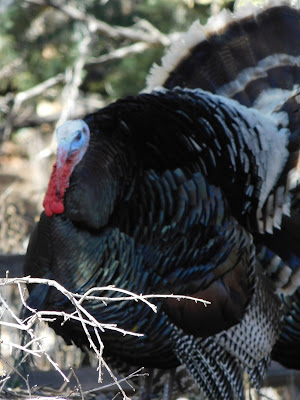 Instead of driving home the same way we came we decided to head off in the opposite direction on rt. 62, a graded dirt road that looked like it would take us through Box Canyon and connect with rt. 83 near Sonoita, then north toward home.


We enjoyed our alternate route very much.   We wound through grasslands and then up along the edge of Box Canyon.   It must be something to see when the water is running and forming the numerous dry waterfalls and pour overs we passed.

Yesterday we spent the day running errands so we treated ourselves to a wonderful lunch of Cioppino and Pinot Noir at Vivace.   That soup always makes Dave smile! 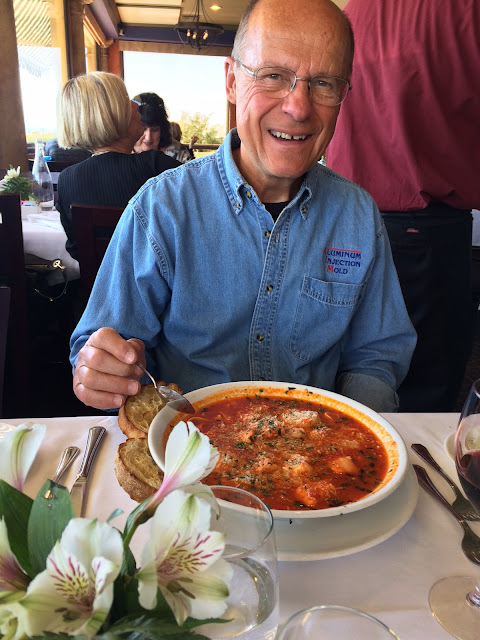