You probably think that the final picture in my last post didn't look like anything.   Actually it was a photo of John and Pam's Jeep leading the way down a very sandy and dusty road. 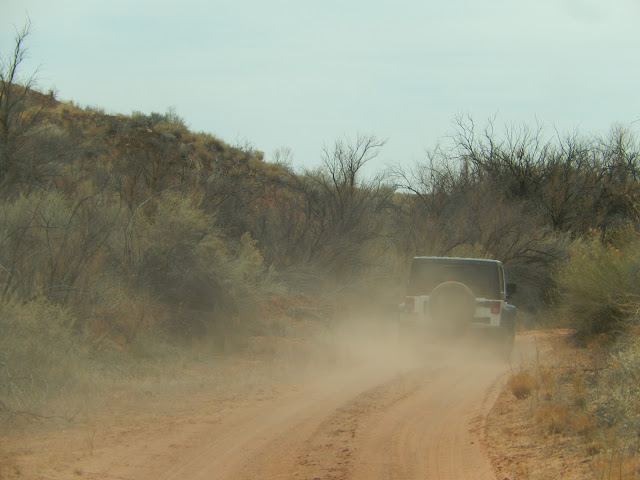 We were following them to the San Juan Hill hike and then on to the River House Ruin. 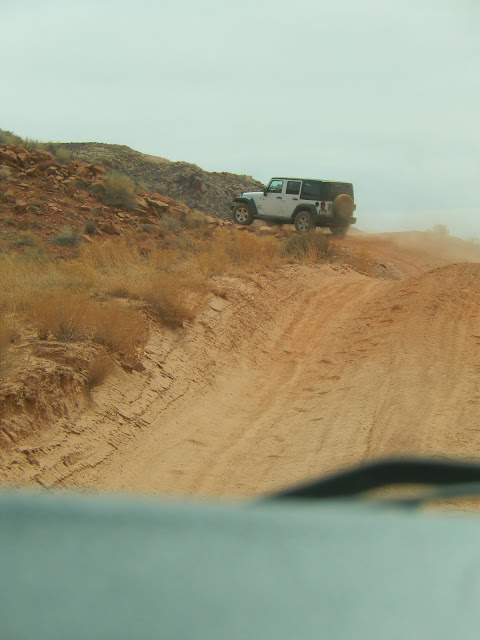 We weren't riding together because they were carrying MonaLiza and Steve, our backseat was filled with poodle. 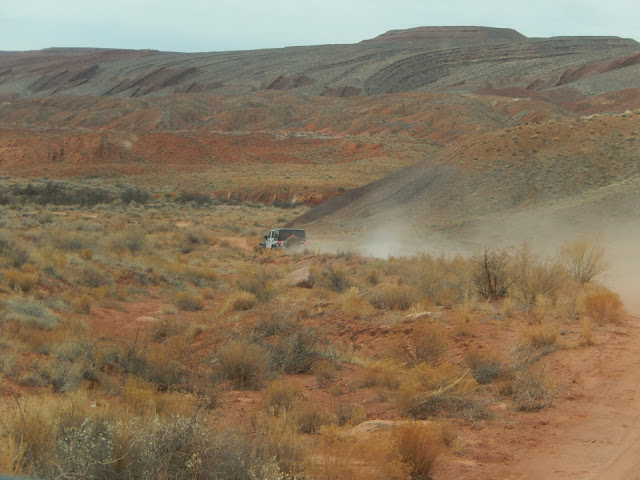 The road was fairly rough.   Deep sand, sharp turns and rocky hills helped us decide to look into beefier tires when we got back to "civilization". 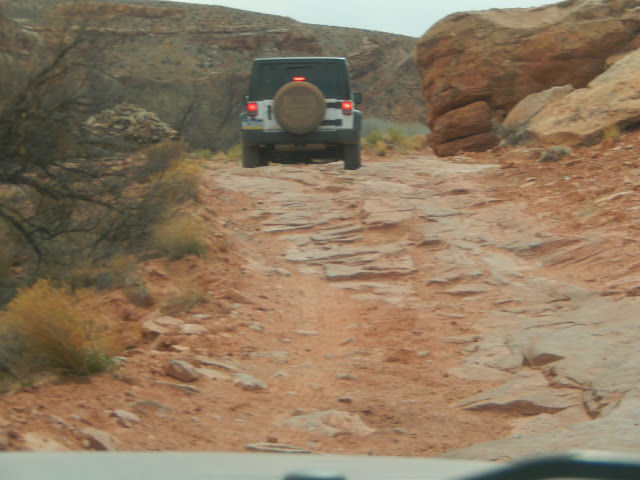 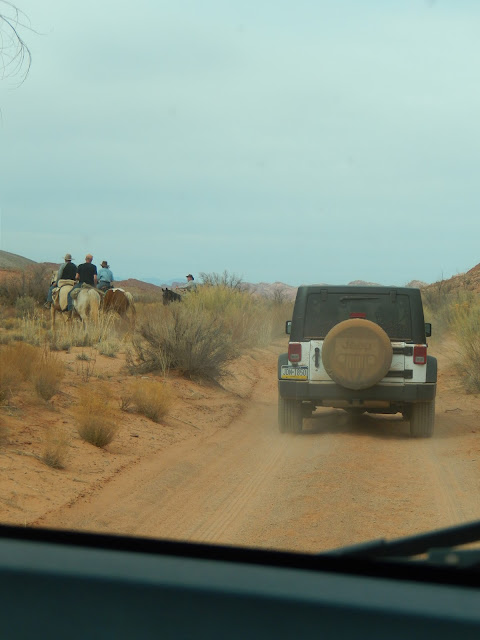 We passed a group of horseback riders on the trail, but no one else.   I think this small hike and the River House Ruins are special because they aren't easy to get to - which translates into having them all to ourselves.   I like that.


Everyone started up the hill, taking the "road" that a group of Mormon pioneers made in the 1800's to get to what is now Bluff, Utah.    It must have been an arduous climb with wooden wheeled wagons pulled by oxen, especially for the oxen.     I did this trip 2 years ago with Dave and Pam and John so I decided to take the road down to the San Juan River instead. 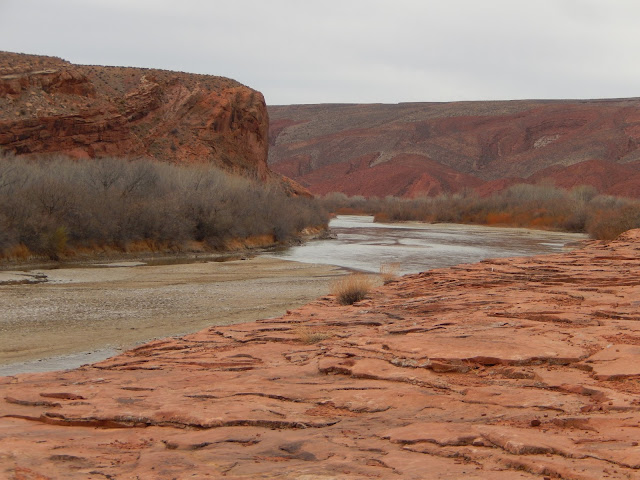 Lewis enjoyed his scramble up the slick rock and he took great pains to keep the entire group in sight.   He didn't, however, care that I had gone off on my own. 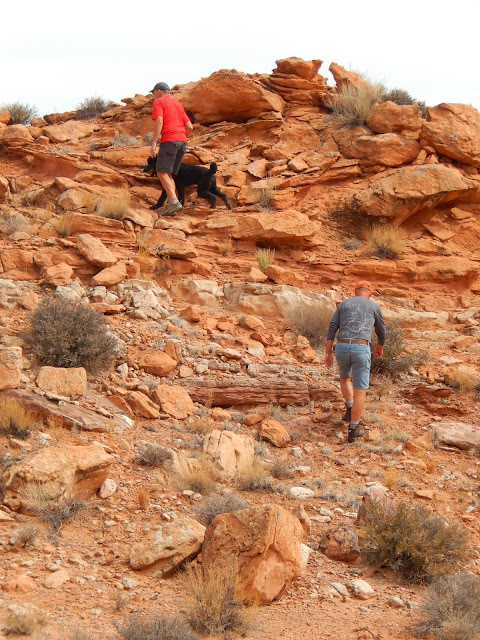 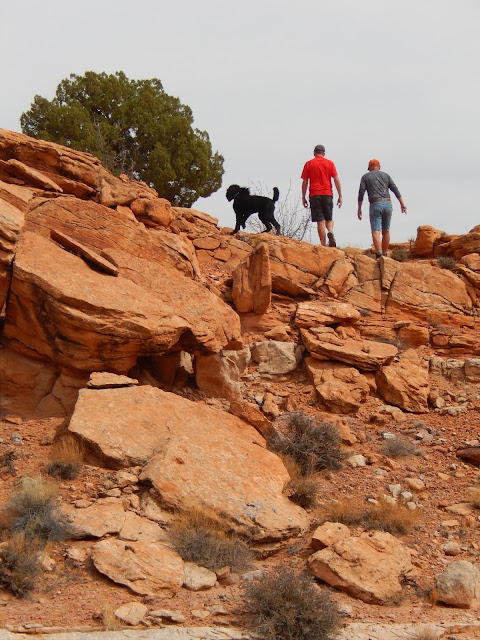 I borrowed the next photo from MonaLiza to show you what they saw from the top.   Dave and Pam held Lewis back so he wouldn't accidentally knock anyone (or himself) over the edge in an effort to stay close! 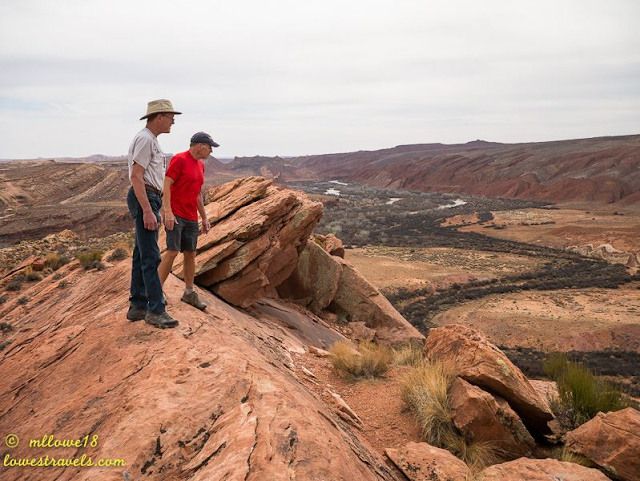 I remembered that the trail wasn't easy to see as you ascend the steep slope, but I could clearly see the path from below. 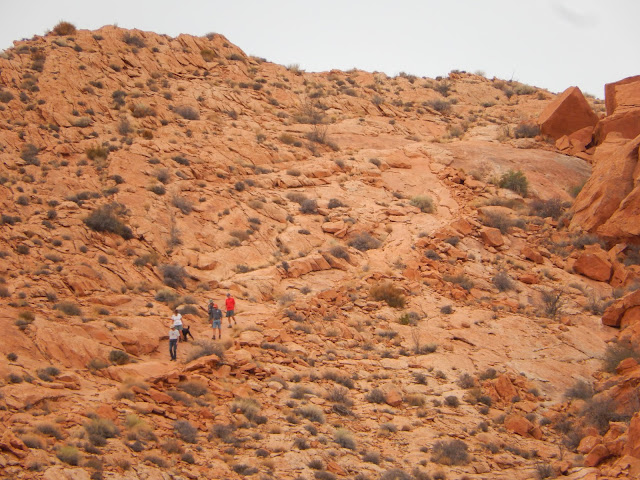 When they finished their hike, we all went down to the river before continuing along to the River House Ruins. 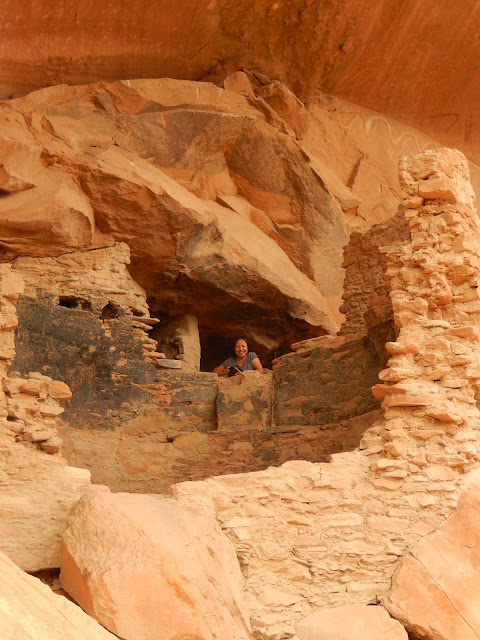 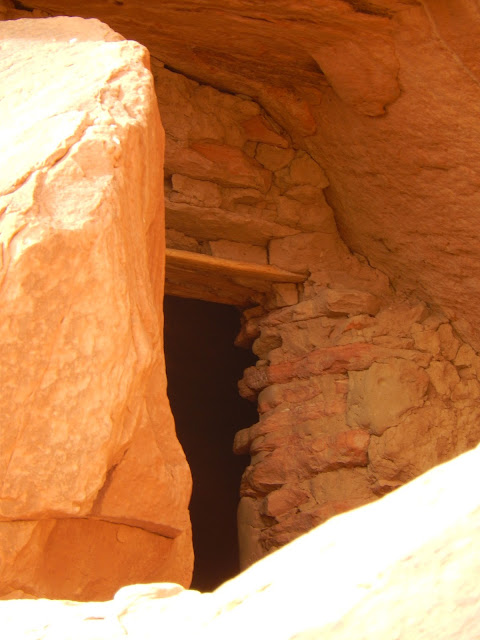 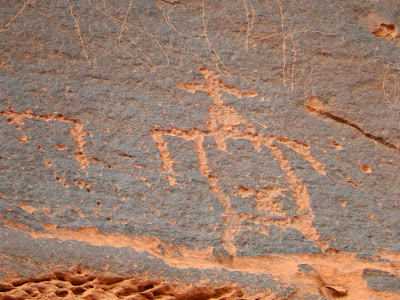 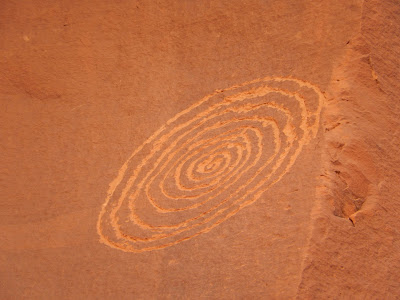 That's all for Bluff.    We had a wonderful time and look forward to continuing our explorations there in the future. 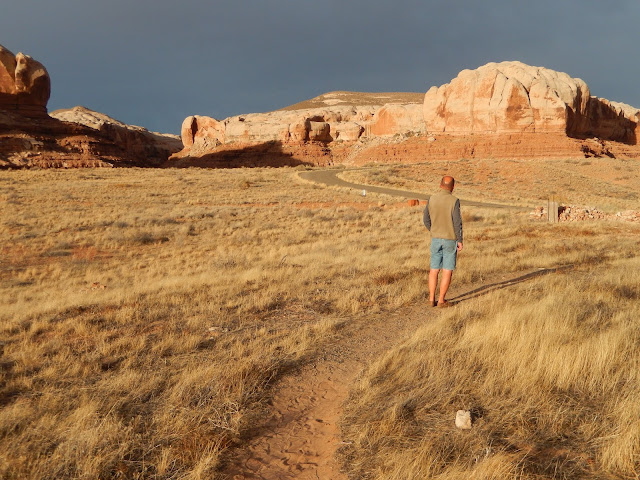 Moab......we haven't done much of anything too interesting.   We've been just relaxing and taking in the nice weather.

One night we had MonaLiza and Steve here for dinner.  It was a beautiful, warm night and it was lovely sitting outside and sharing with friends.   They brought an assortment of goodies from Sweet Cravings for desert, they were really good!


Today it started out warm and sunny.   We enjoyed second cup outside even though the wind was becoming frisky.


After lunch we took a ride around the area, just because.   We drove along beside the muddy Colorado River, watched people learning to climb the steep rock faces along Potash Road and then followed Rt. 128 into Castle Valley. 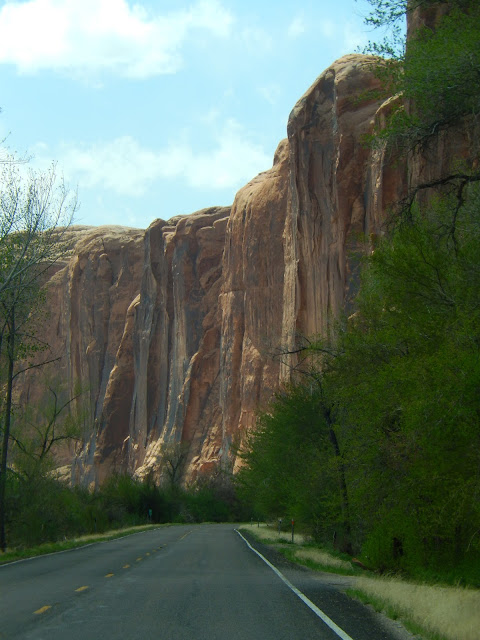 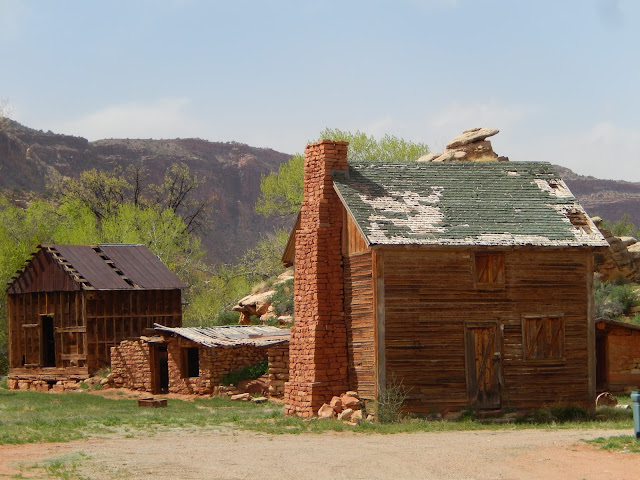 Castle Valley is a very pretty and green valley about 20 miles from Moab.  The homes are widely and randomly spaced with fantastic views on all sides.   They  range from architect designed modern style homes to tiny "rustic" shacks and old homesteads.  An interesting place to drive through.

We turned for home when the wall of dark clouds we'd been watching finally reached us.   The winds were so strong Dave had to work to keep the Jeep between the lines and sandy whirlwinds buffed us with dirt, pebbles and tumbleweed.     We made it home safely and have been inside ever since.   I think the gusts have calmed and we should be on track for a more tranquil day tomorrow - finger's crossed.