Yesterday we both had busy days.   Fun days.   Dave and John played golf (their usual Wednesday activity) and I drove in to St. Armands Circle and walked miles and miles in and out of practically every store all the way around the circle.    Feel sorry for me?    I didn't buy much, I promise.


John picks Dave up for their golf game so I can have the car.   Isn't he nice?

Today we packed a lunch and decided to head to the beach.   It was sunny and warm, but there was quite a stiff breeze blowing.     The bad thing about this area is the near constant traffic going to the beach during February and March.    The good thing about this area is that there are great beaches in a number of directions, so we let the line of cars tell us which way not to go.
We ended up just in front of the house that JoAnn rented in February.   Easy drive over and a perfect parking spot just behind the dunes.


Great Lakes Dredge Co. has finished its beach replenishment on Anna Maria Island and today we watched them gather long rusty lengths of pipe, couple them together, push them out into the gulf where a waiting tug caught the lengths and towed them out to a waiting barge.    After about 3 hours the crew had floated, towed and attached the remaining three sections (each easily 500 feet long) to the barge.   The big tug then moved in front of the whole parade and slowly pulled it away until we could no longer see it.   I wonder where it was taking everything?

The workers removed the caution fencing on the beach, smoothed the sand out until no loader tracks remained and it became a wide beautiful stretch of white sand once again. 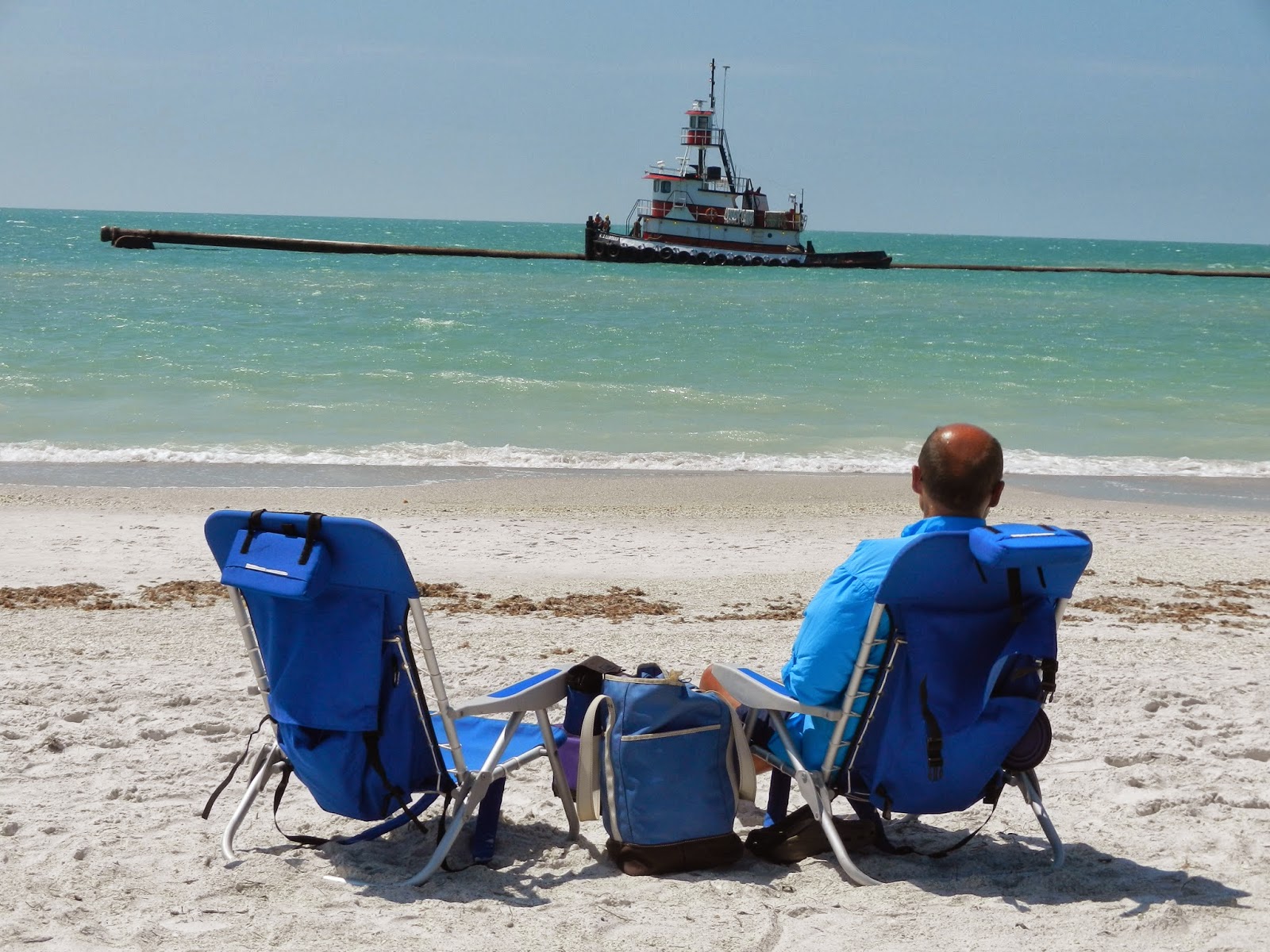