I've always wanted to attend a Polo match.     Sarasota has an active Polo Club and we've never taken the time to drive out University Parkway and set up chairs along the field to watch the six chukkers that make up a regulation match.

Today was the day!   Years ago, when golfing at Legacy Country Club, I'd look across the street and see the stables, the green pastures and white fencing of the Polo Club and wonder when they played, if the matches were open to the public, etc.   The place has grown enormously since those days and Polo has become a big thing.

The match started at 1 p.m. and we arrived around noon.   All the parking/viewing spots along the field were already taken and people were outside their vehicles, facing the action, and enjoying various styles of tailgating.   There are no "viewing stands", and the polo field is a huge, flat grassy space 300 yards by 150 yards bordered on two sides by a low (12") black wood boundry.   Each end has tall red goal posts.    People bring their chairs, tables, umbrellas, etc. and just sit all along the sides, right next to the borders.  Kids and dogs (on leash of course) are welcomed. 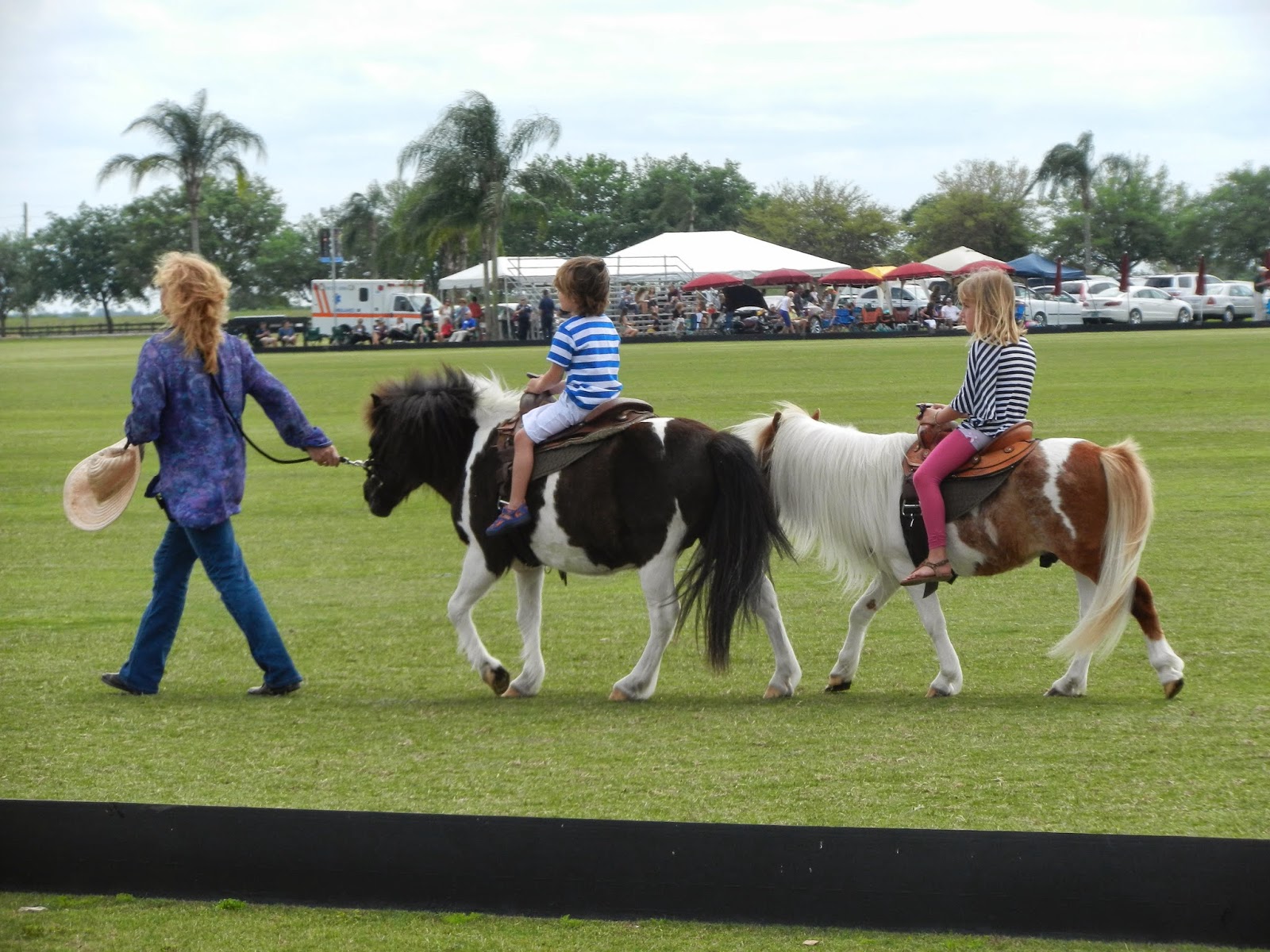 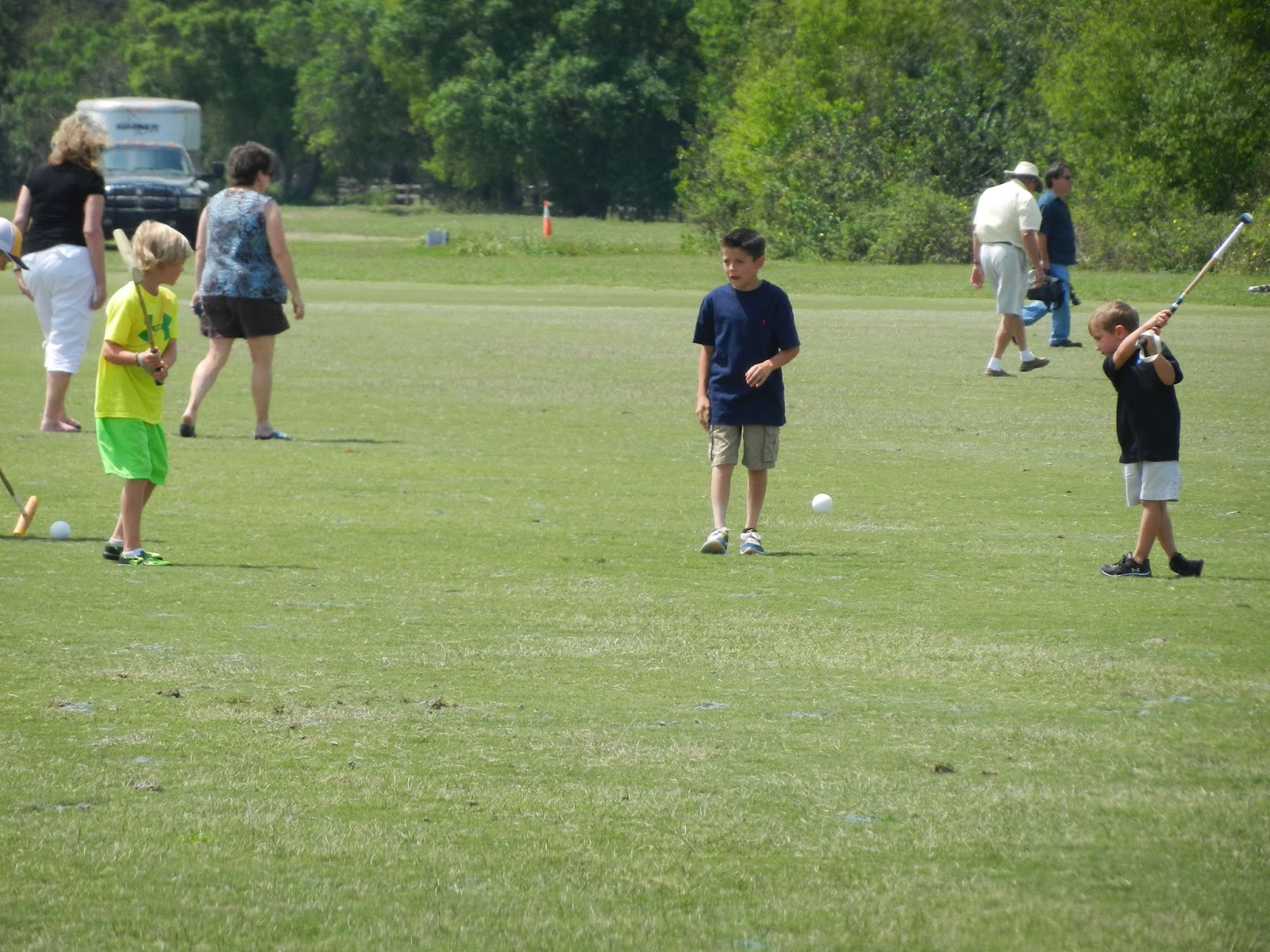 People from all walks of life were represented.   Kids, especially, seemed to enjoy themselves enormously and were indulged.    Before the chukkers started, kids were given pony rides (no doubt imagining they were famous polo players) and a few young men pretended they were playing the game, even without the assistance of ponies......

We scored a perfect spot mid field and when the horses thundered by us, the ground shook. 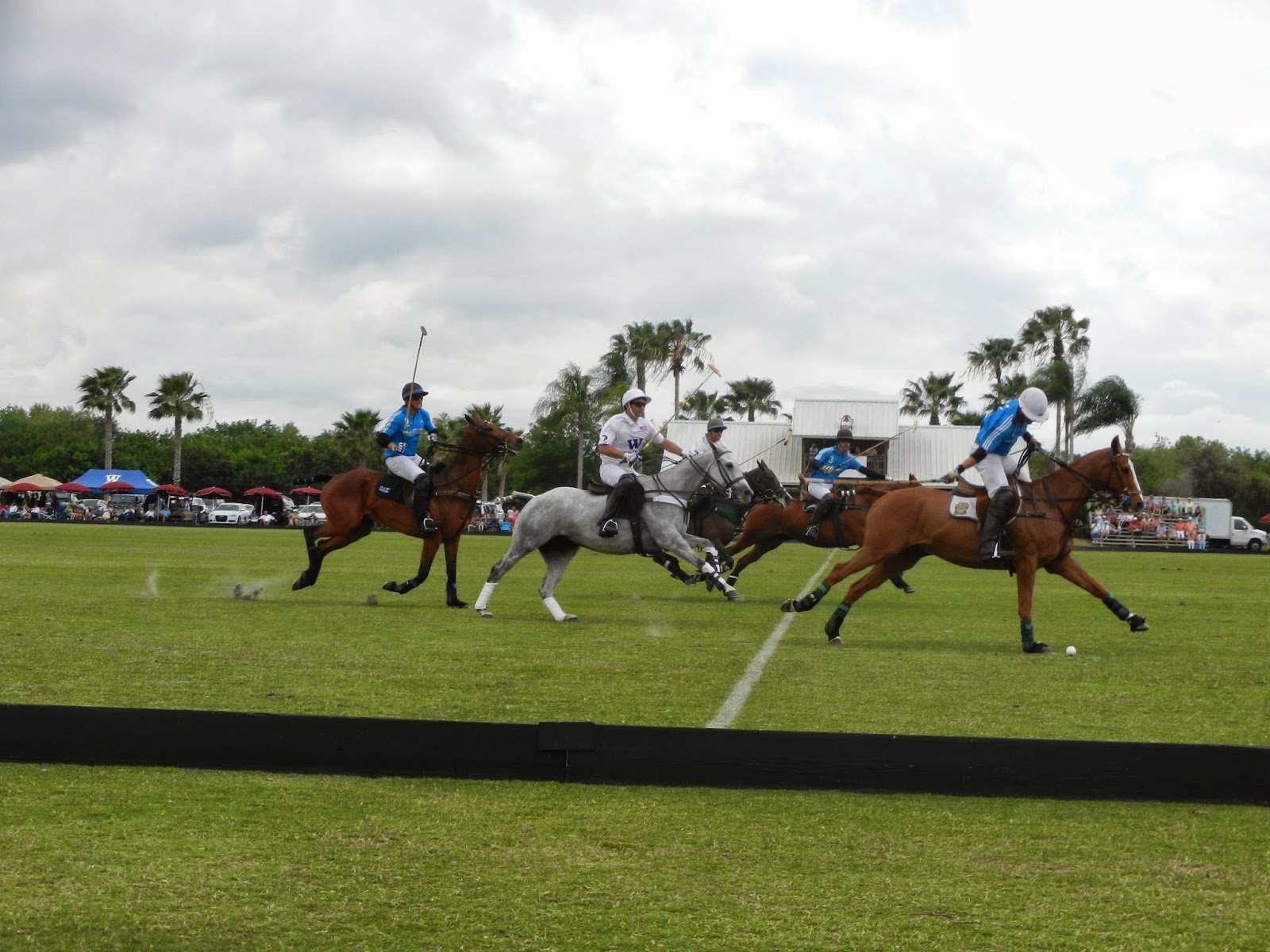 You know I'm all about anything to do with horses, but I have to admit the game reminded me a little of football, and my reaction to football.   Moments of furious action, interspersed with longer minutes of waiting. 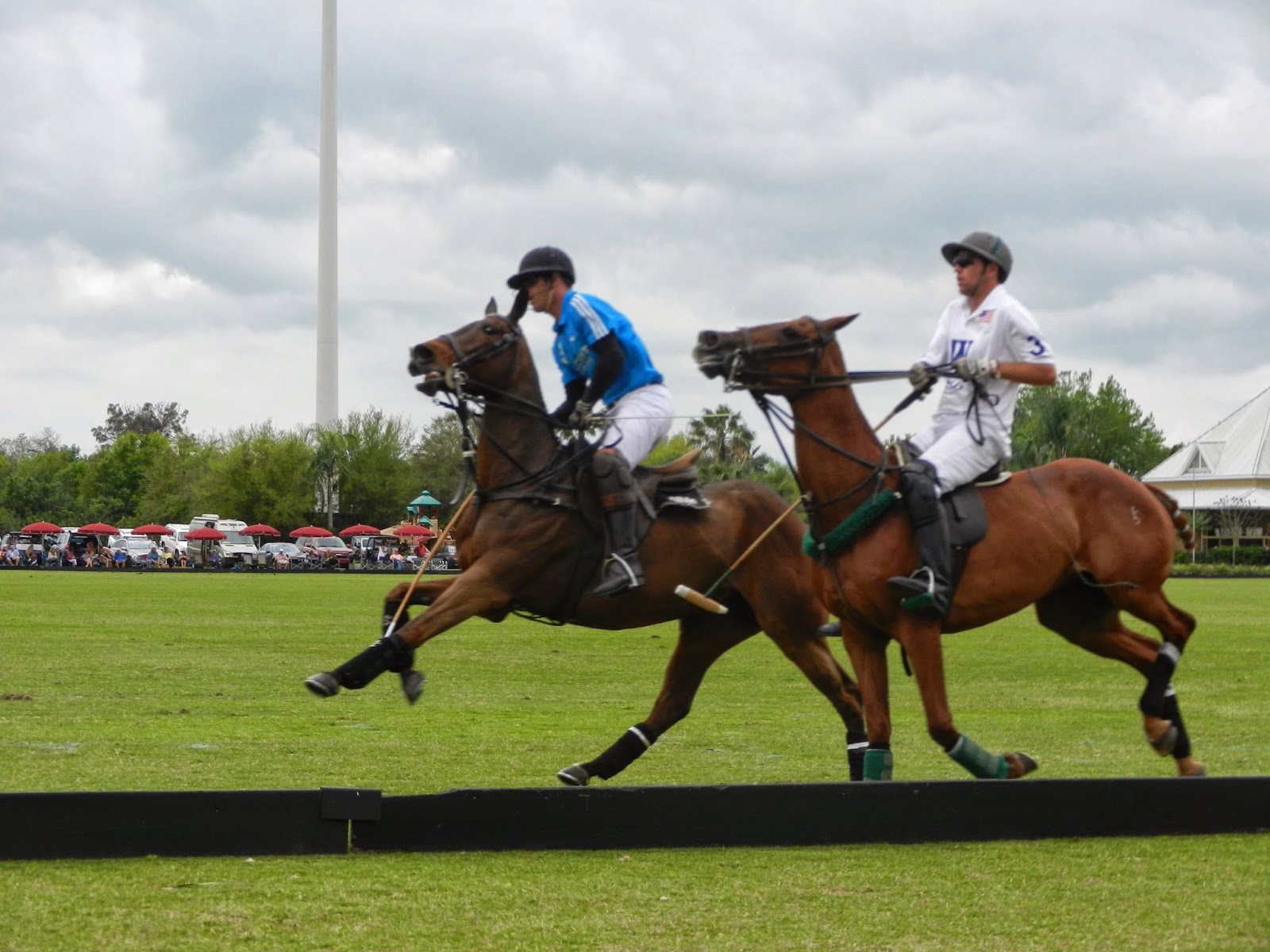 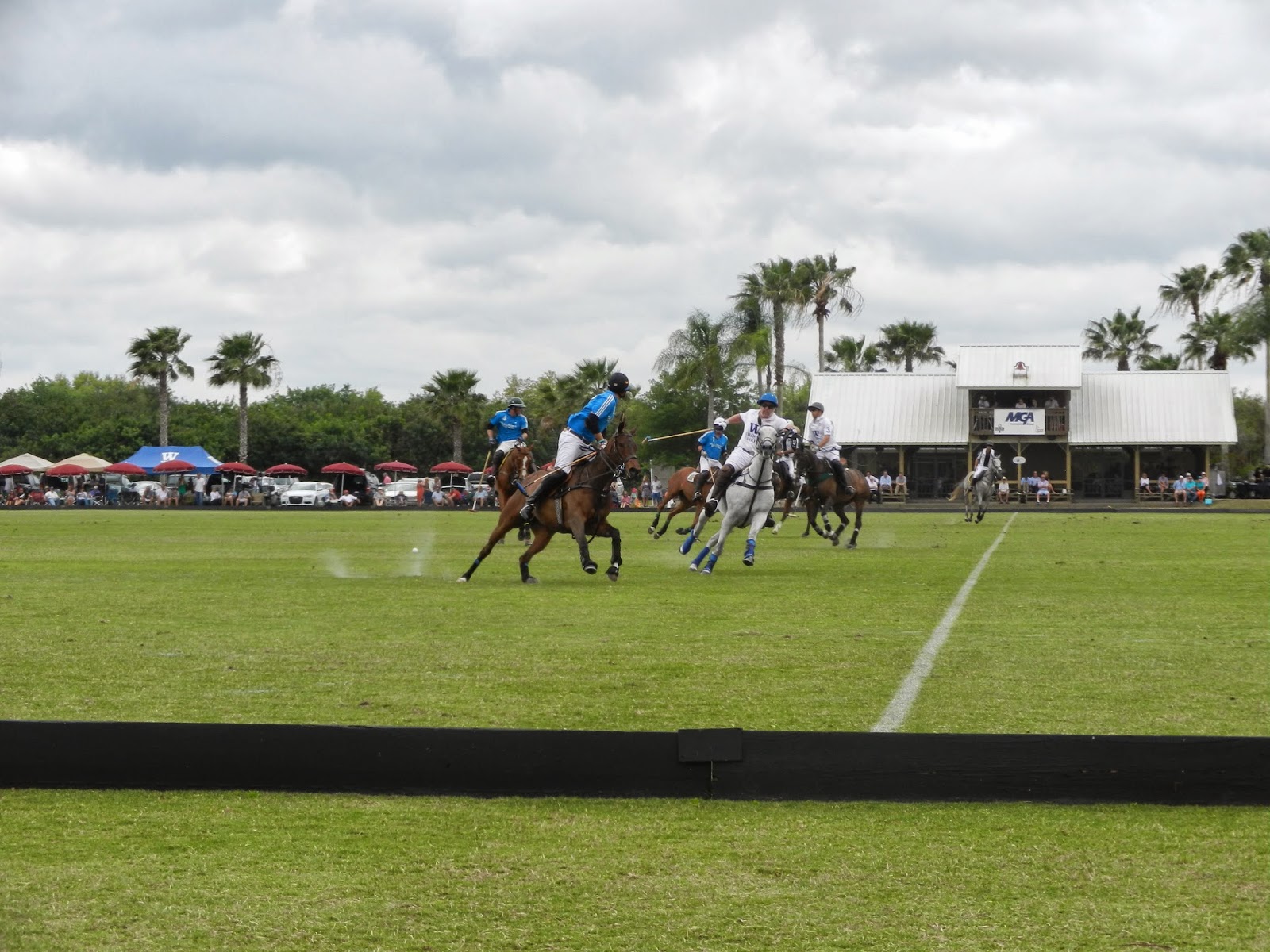 Polo is a rough game, rough on the horses, called "ponies" although technically they may or may not be ponies.   As I said, a match is composed of 6 chukkers, each chukker being about 7 minutes long and akin to an inning or a period or a quarter in other sports.   After each chukker, the riders race to the end of the fields where grooms are holding fresh, rested horses for them.  Each horse only plays one chukker but the riders play the entire match.

The horses tails are braided and bandaged into tight bundles and their manes are cropped off to avoid having a mallet become entangled.   They have their legs bandaged thickly to try and avoid injury in the fast movements and inevitable bangs and bumps when 10 horses are running flat out, changing direction in a fraction of a second with mallets swinging every which way.  Nevertheless, its a tough game.

I'd had enough after 3 chukkers, but decided to stay and watch the half time "show".   They had a team of clydesdales giving rides around the field. 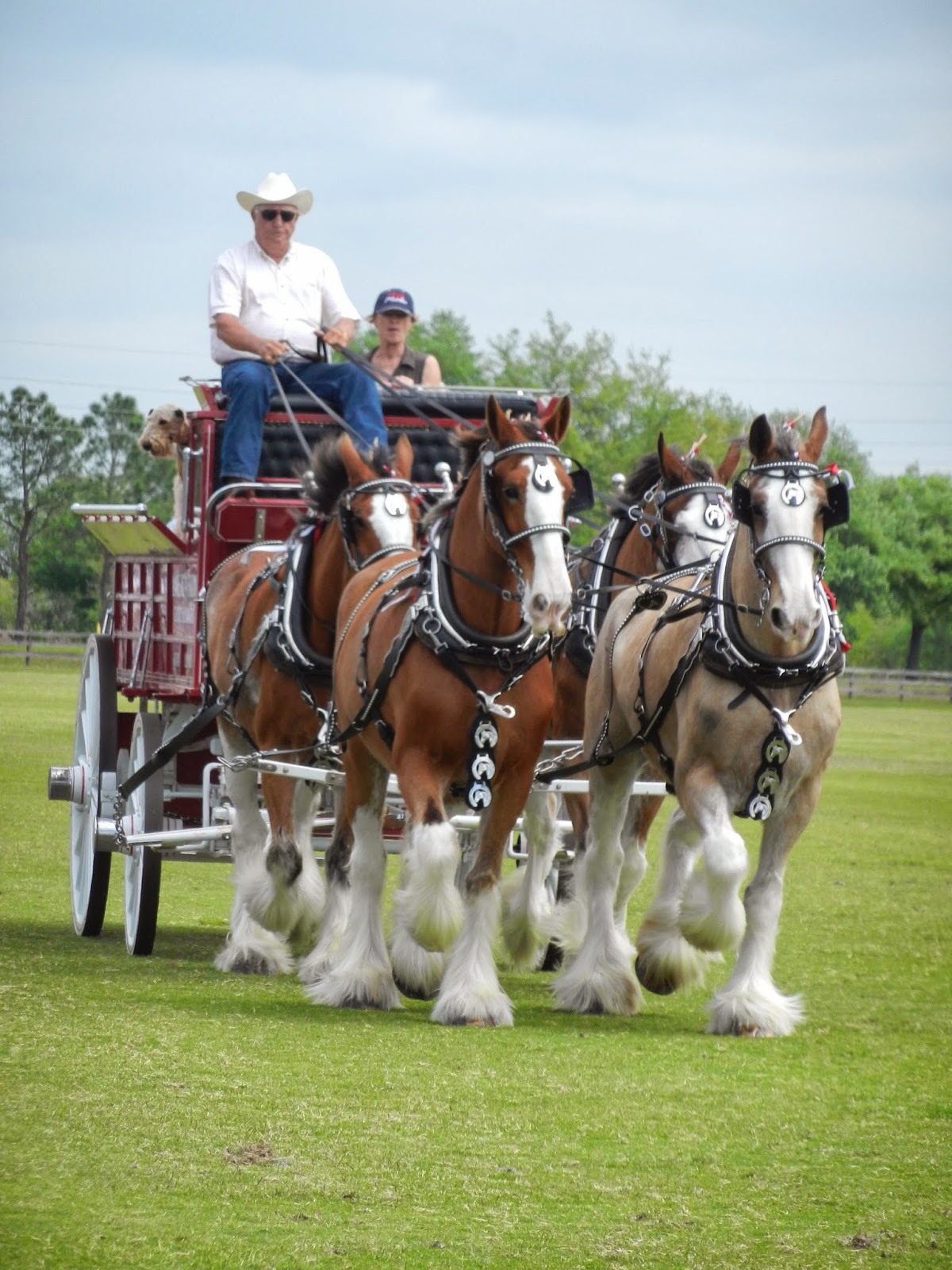 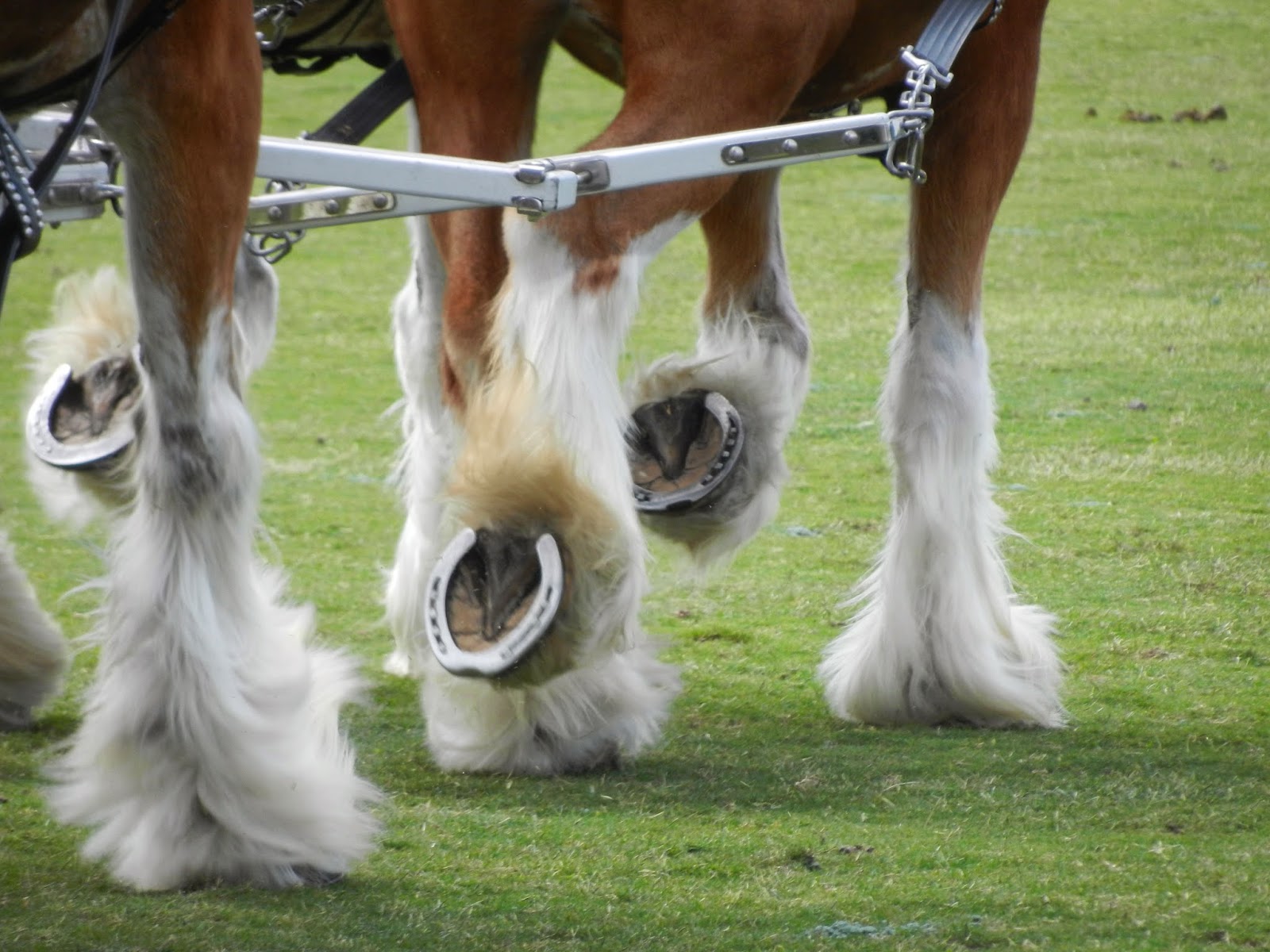 They also had a Parade of Hounds from a local fox hunting club, Florida's oldest, established here in 1965.    Geneseo, New York (our home base) boasts the second oldest Hunt Club in the United States, founded in 1876, so the sight of horses and hounds is a familiar one to us. 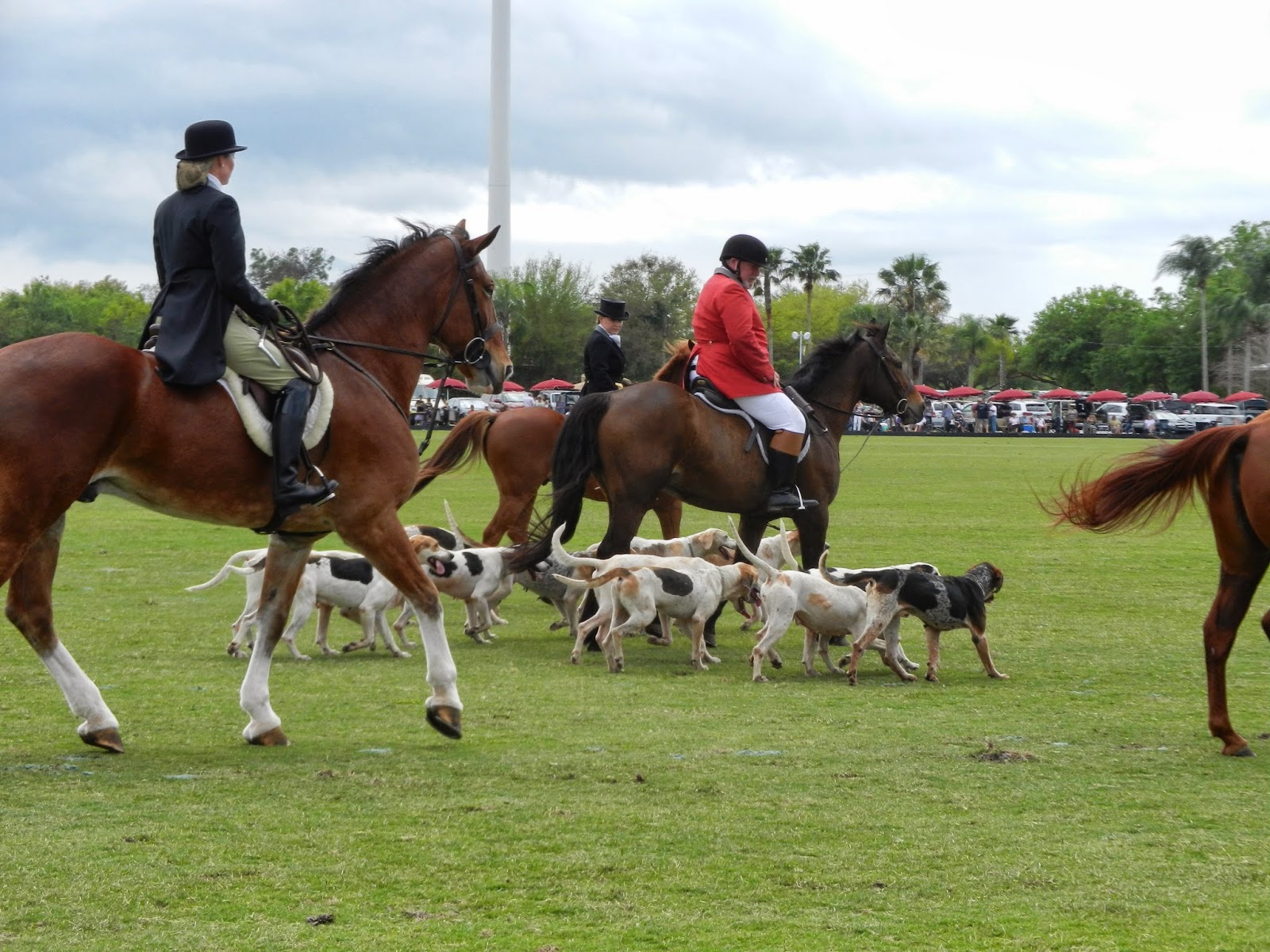 Before we left, we participated in the tradition of "divot stomping"   Spectators are invited onto the field to help replace the pieces of turf that have been dug up by flying horses hooves and pounding mallets.    Dave is an old hand at replacing divots although not quite this many..... 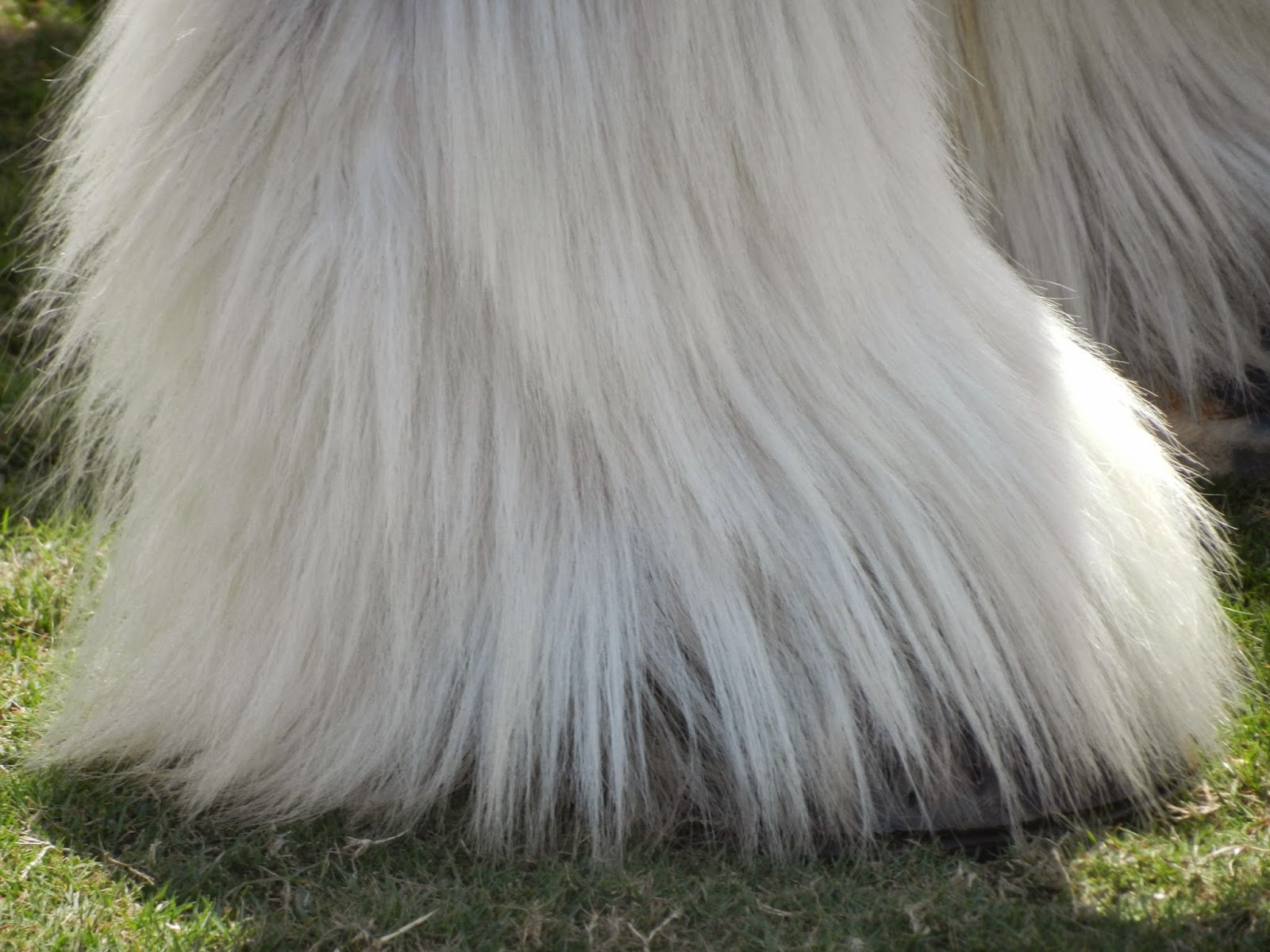