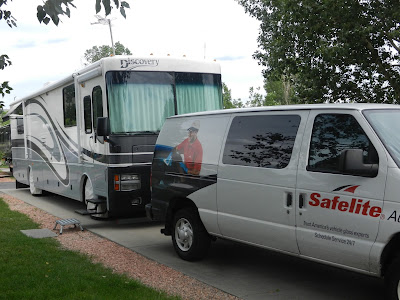 Safelite called to say they could come early, a wonderful thing because lately the afternoons have brought rain and thunderstorms.    The job was over and done in minutes, although I don't know what they would have done if we didn't have a ladder available for them, the tech. didn't bring one.....  Poor Lewis, he rushed back to the bedroom when he saw a stranger suddenly loom into view outside the windshield.  His terror was amplified by the hideous hose like contraption the "Monster" wielded.    Too late we closed the front curtains, but he knew what was out there, lying in wait, so he made himself as small as possible and kept very still next to the bed until it was safe.

That early appointment left the afternoon free, tra lee, tra la.    After lunch we decided to see what nearby Dinosaur Ridge had to offer.    We're camped on the edge of the Dakota Ridge, a long hogback ridge which is at the eastern fringe of the Rocky Mountains. 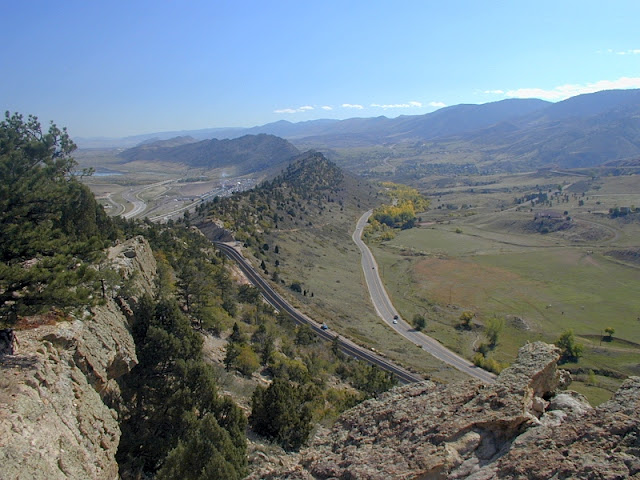 Dinosaur Ridge is an outdoor museum and visitor's center where important dinosaur discoveries were made in the 1800's.   There is a free hiking/walking trail up the ridge side with placards every so often describing what you are seeing. 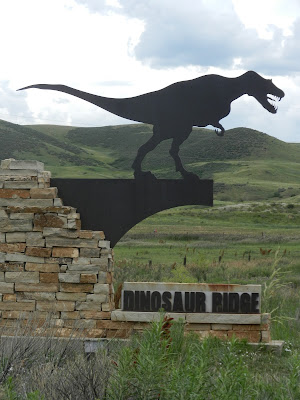 There is also a shuttle to take you up and, keeping an eye to the ever blackening sky, we opted for the ride up.   There were 3 children and their parents on the "bus" with us and it was so very interesting and amusing to listen to their enthusiastic questions.


I think on a better weather day, it would have been good to walk up the trail and absorb the atmosphere more privately.    That being said, our guide was good and pointed out things we may have missed on our own.

There were fairly unrecognizable bones embedded in the sandstone everywhere.   Once pointed out, we could see them but they would have been missed otherwise.    I didn't try to photograph them for you. 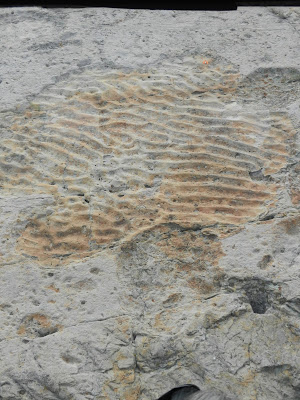 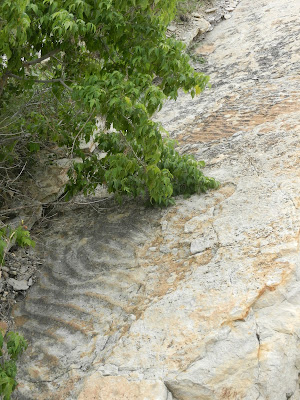 We saw footprints surely made by a family of Iguanadon enjoying a day at the beach, 100 million years ago! 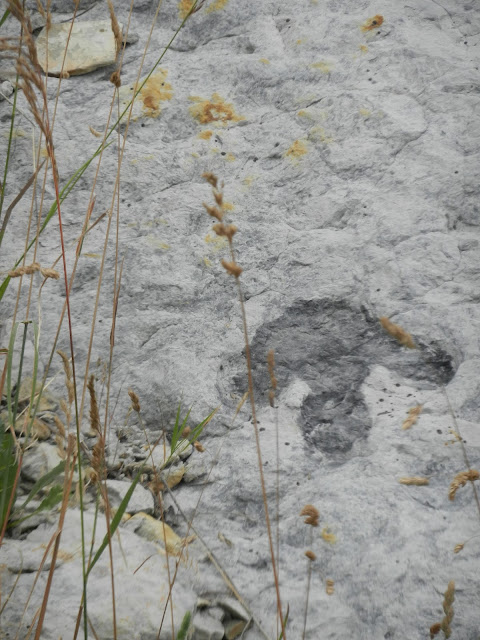