We've been busy the last few days.   Wednesday Dave did a little preventative maintenance under Beluga. 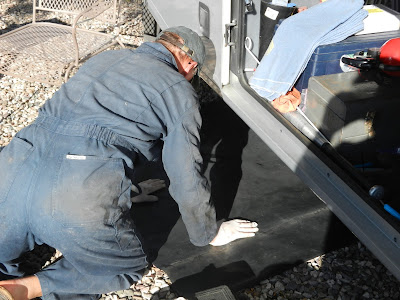 He used one of John's cast off slide toppers as a ground cloth and it worked perfectly to keep him off the stones under Beluga!

We washed and conditioned Lewis in preparation for his first mow job of the year.

Thursday morning we set up the grooming table behind Beluga and spent a few hours clipping and scissoring sweet Lewis.   We always like how he looks just before its time to clip, but clip we must to keep him neat.   Those curls collect all manner of leaves and prickers from the desert and its nice to get them taken care of.      We won't have to do it again for at least 6 or 7 weeks.

Later in the day Cindy P, Walter and Geneva came over for happy hour.   It was a lovely warm day so we were able to sit outside and visit.   Pam and John stopped by to say hello and we sat out until it got too cold.  As soon as the sun goes down the temperatures drop quickly.

Today John and Pam, Steve and Mona Liza went on a beautiful hike, they invited Dave to join them but his back was feeling a little "ouchy" so he opted to stay back and not push.

We packed a lunch and drove the 15 or so miles to the Saguaro National Park. 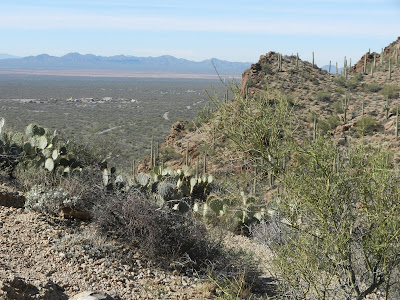 We ate lunch at Gates Pass and enjoyed the views in front of and behind the jeep. 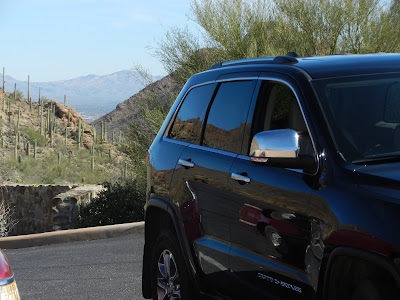 We continued on into the National Park, walking when we felt like it and auto touring on the Bajada Loop Trail through a veritable forest of Saguaro. 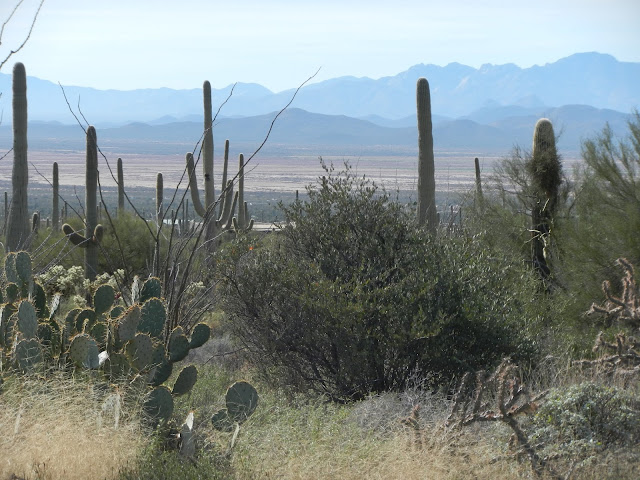 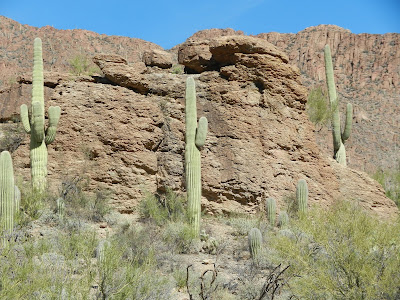 I've always been fascinated by Saguaro.   They grow exclusively in the Sonoran desert.      I love them when they're small and young, when they're tall and old.    Even Saguaro that have died are fascinating to me. 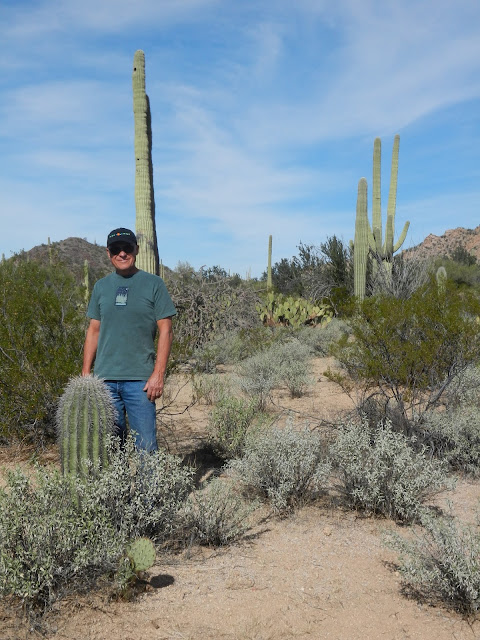 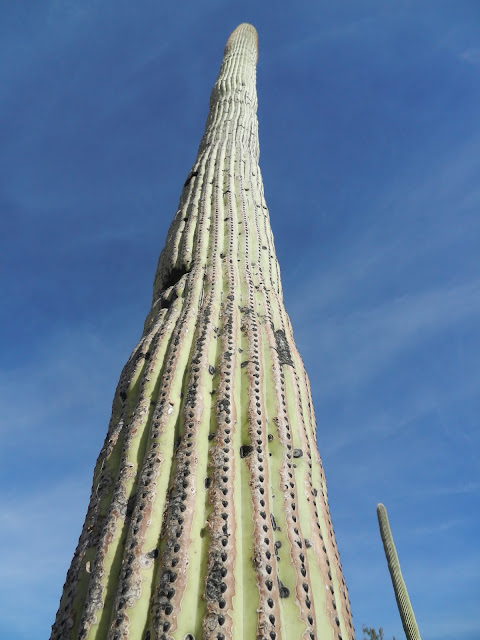 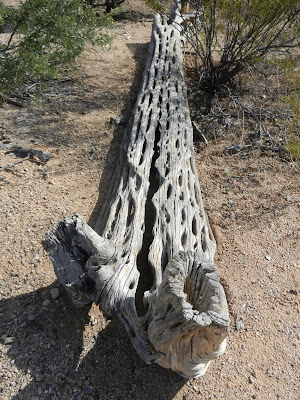 Some of them are  perfect,  just what you've seen on post cards of the west. 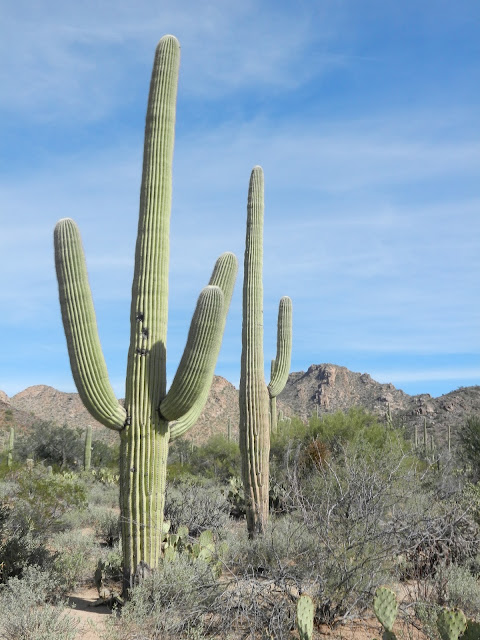 But there is much diversity....no two are the same. 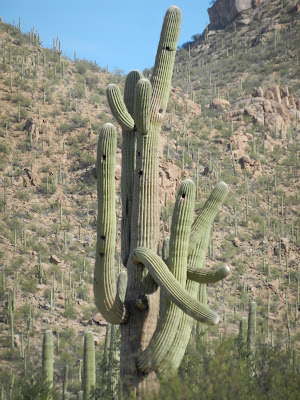 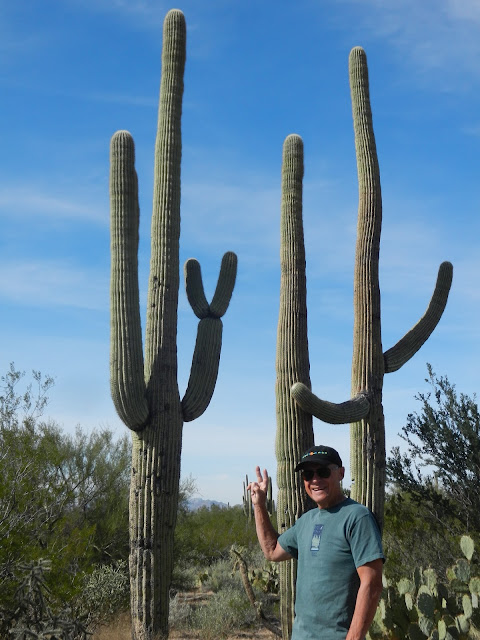 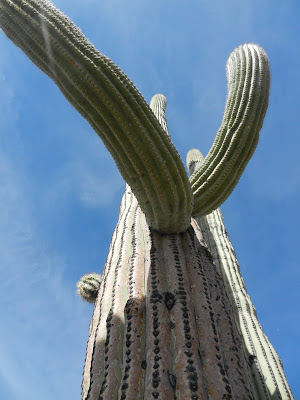 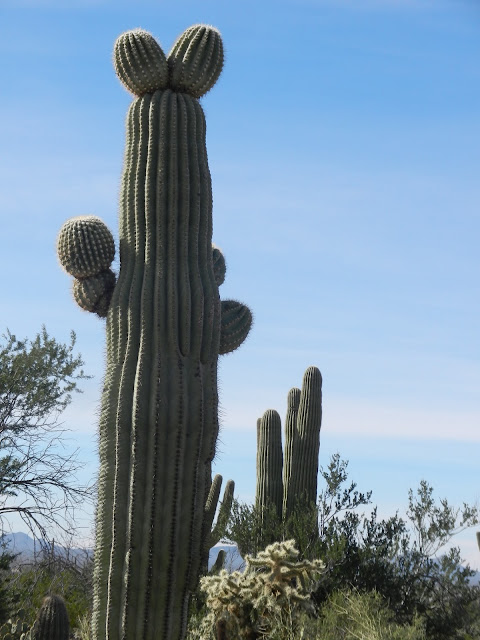 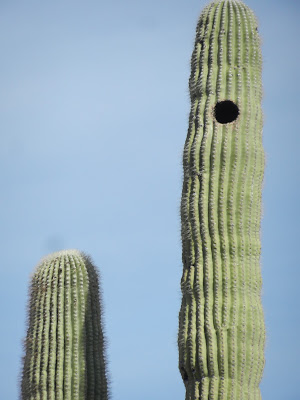 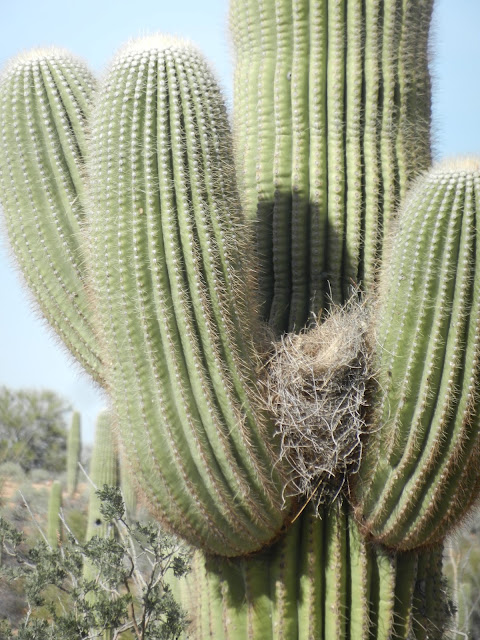 They have a very long lifespan and don't even start to grow "arms" until they are 75-100 years old.   A ten year old Saguaro may only be one and a half inches tall!.      They can reach heights of 70 feet in good growing conditions. 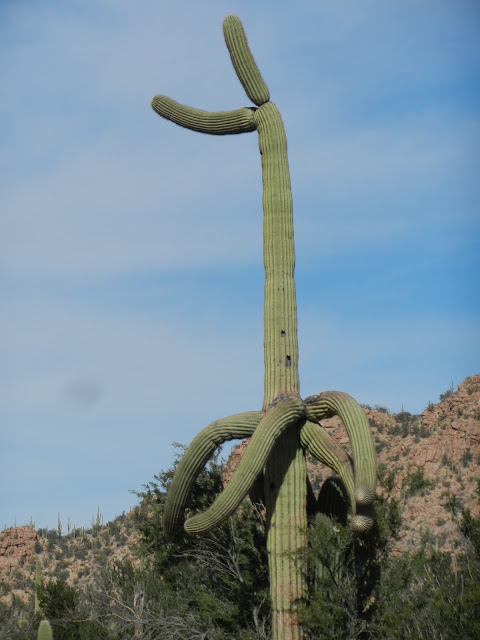 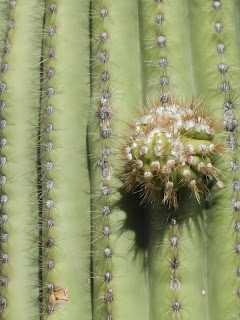 They are covered with rows of spines, white waxy flowers in the late spring and red "fruit" in the summer.   They are at once magnificent and ridiculous.   I can't get enough of them! 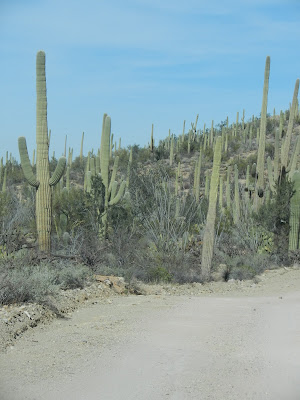 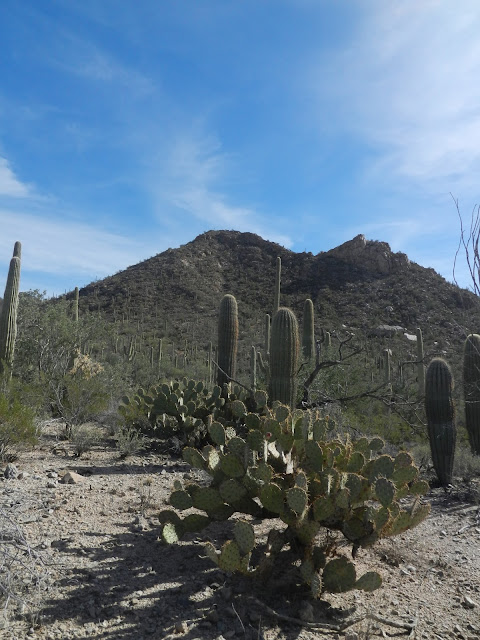 After our lovely afternoon communing with the Saguaro, we met up with John and Pam, Steve and Mona Liza at El Charro in downtown Tucson for a yummy Mexican dinner.

Tomorrow we head over to the Pima County Fairgrounds to attend the winter Tucson Dressage horse show with the Ponds.
Posted by Suzi at 10:54 PM