We had a busy but satisfying weekend.   Friday night we drove into Denver and met Jesse and Erin after work.   We had a quick but yummy and traditional Mexican dinner outside at El Tacos de Mexico.

The rest of the weekend Dave and Jesse worked on relocating some electrical fixtures in the ceiling and rewiring switches and things at his new house.


Jesse and Erin had drawn up a plan of what they wanted to accomplish so after a trip to Home Depot (and a quick "contractor" hot dog for Dave), the "boys" set to work.


Dave worked in the attic and Jesse worked downstairs.    Erin cleaned the house and did laundry while I sat and enjoyed my book.   Don't judge....I did walk to the nearby gas station to buy batteries for the walkie talkies you know.


They worked later in the afternoon than originally planned so Erin broke out the candles.


She cheerfully prepared her white chicken chili by the light of those candles.


Dave and Jesse had the day's job done and the power back on by the time the food was ready so we enjoyed a delicious meal by the light of the new dining room fixture.    No further pictures were taken but a few bottles of Oregon Pinot Noir may have been consumed.

Work resumed on Sunday.   Dave continued his attic gig, finished his stool project, Jesse ran back and forth to the hardware store, pulled wires and handed tools up through the hole and I read.     Erin flew to Portland for a business conference in the afternoon, so I made a pork/sausage/sauerkraut dinner for the three of us.

Today, Monday, Dave and I took care of business at home before meeting Jesse for another wonderful dinner, this time at Duo.    This is a tough life.

Here is Dave's finished wood project.....a cool stool for me! 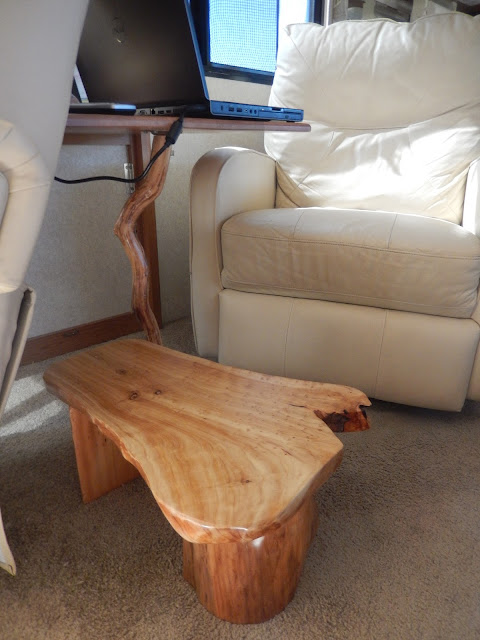 And for Pam, a picture of the stool with Lewis in the shot...... 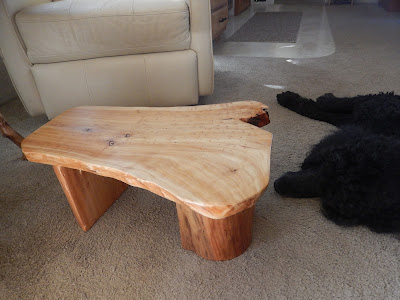