More tidbits from our time in Vernal

Our original purpose for staying in Vernal, Utah was to see the Flaming Gorge.  We had planned visits there two times before and something always caused us to change our plans.

After a quick stop at the visitor's center we realized that we couldn't see everything in our 4 day stay so we (I)  relaxed and decided to just see what we could see.    Always a good plan.

One of our days we decided to drive up to the southern end of the Flaming Gorge, check out the dam, stop at a few viewpoints and take the Sheep Creek Loop.   The Gorge Reservoir runs for about 91 miles in Utah and Wyoming so there was no way we could cover more of it in our time frame.    There was much traffic..... 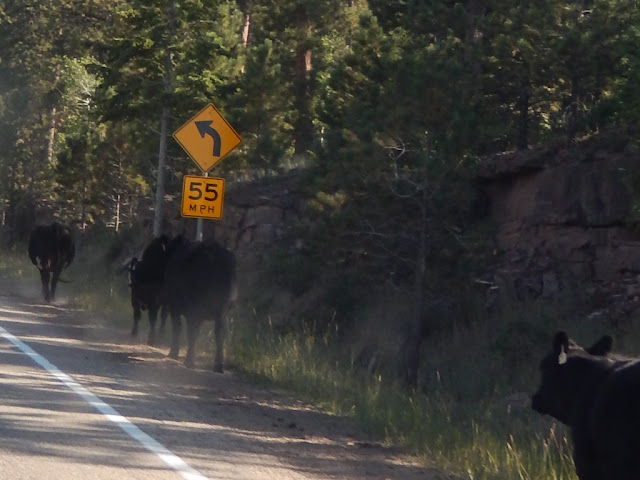 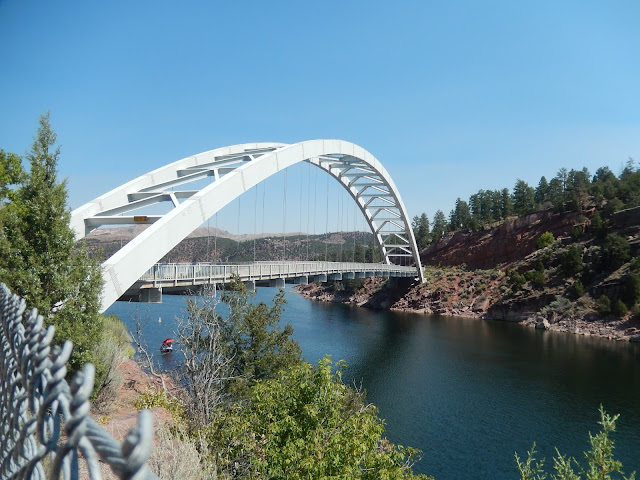 Dave was disappointed that he could not walk out over the dam.   Only those taking the "tour" could do that so we decided to drive over it and down to the river on the other side to look up at it.


The road was narrow and very steep winding down from the top of the dam to the river, about 500 feet below.    We thought we would be able to find a spot to eat our lunch beside the water, but the area was really only there to launch rafts. 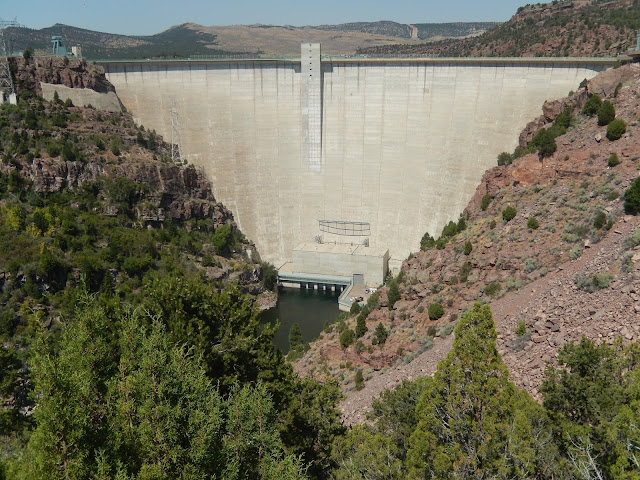 We found a beautiful, peaceful spot beside the West Greens Lake (I think that was the name....) on our way to the Red Canyon Visitor's Center overlook.

We had a visitor for lunch that day.... 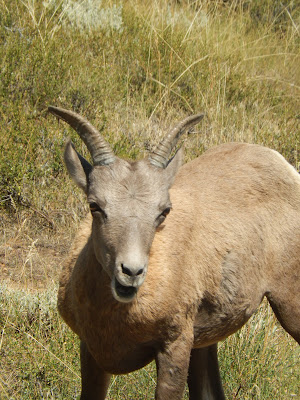 The Red Canyon Visitor's Center is perched high on a cliff over the Green River.
When we walked around the side of the building looking for the restrooms,  we (I) was jolted by the sudden view.... 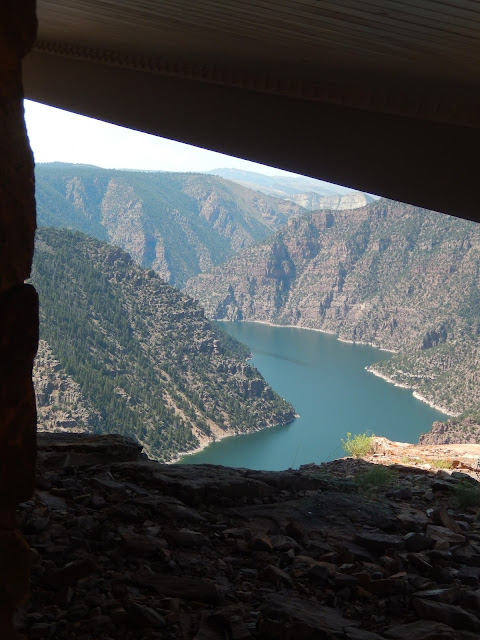 I wasn't aware of just how close I was to the edge, I need to slowly creep up to a vista like that in order to even try and look.      At any rate, no restroom break for me!


There was a lovely, paved and fenced  path following the edge so Dave walked on it and I walked on the dirt beside it in order to stay as far away from the edge as possible.


Of course, Dave had no problem standing directly over the abyss and even leaning over the fence!    I handed him the camera. 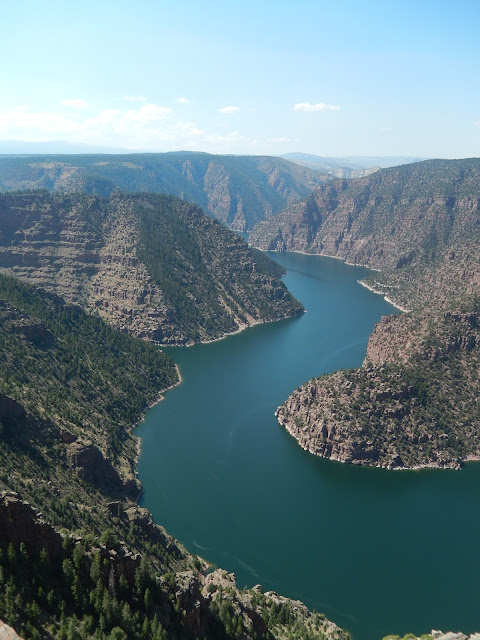 I used my camera time to photograph smaller and more manageable things. 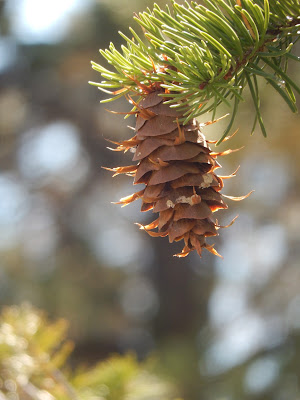 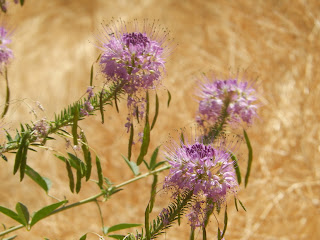 The other problem I had walking that overlook trail were the deep cracks or crevices in the rock running across the path, and sometimes directly under the path,  towards their relief point at the edge of the 1700 foot drop.     It made me feel as if large chunks of the cliff were ripe to just separate from the rest and drop, a thought that gave me the squeezies!  I know I'm my own worst enemy, but my imagination is just too strong.   I didn't take any pictures to show you, I tried to ignore them altogether - with only moderate success.

So.....back to the jeep and off to find the turn off for Sheep Creek Canyon Geological Loop drive.    Since we had that one inquisitive lunch visitor, I wasn't really looking to see any Bighorn Sheep (although I would have enjoyed seeing more).    I had read about the unusual rock formations along the creek and that is what we were really seeking.


We weren't disappointed on this short be fantastic drive along the creek.   We even saw a small herd of female Bighorn's with their middle school youngsters. 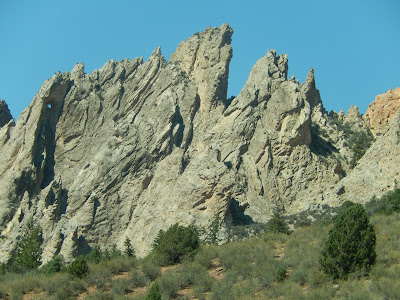 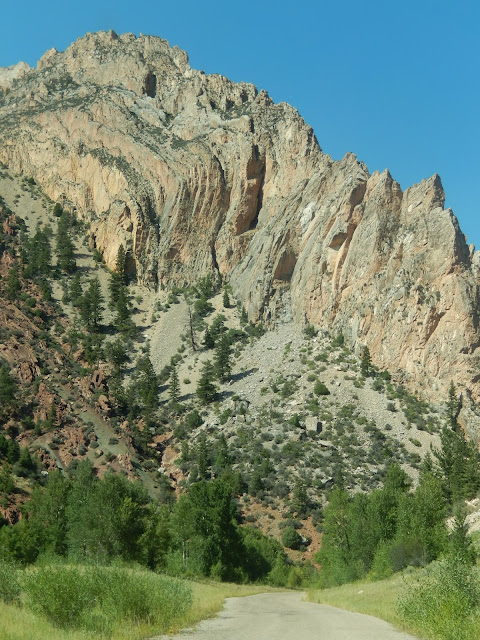 We got out and walked along the racing stream a bit but mostly just drove along slowly through the narrow canyon, ooohing and ahhhing as we went. 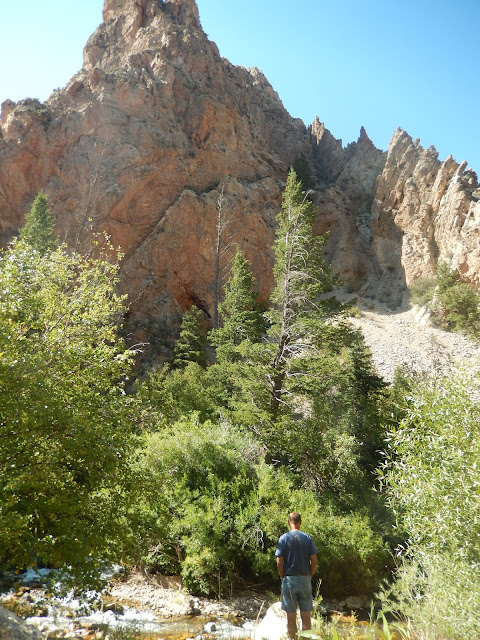 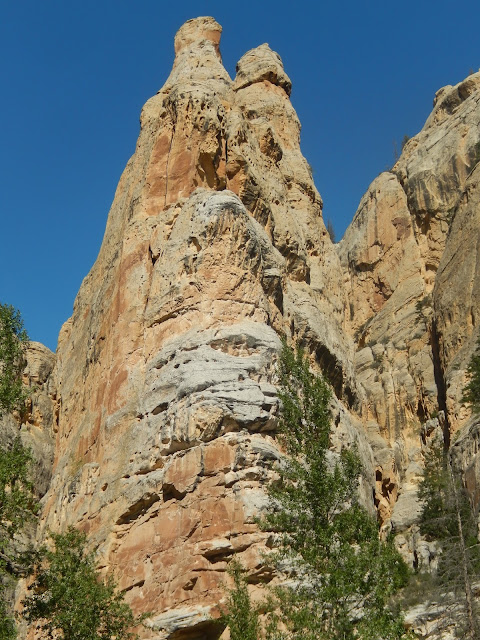 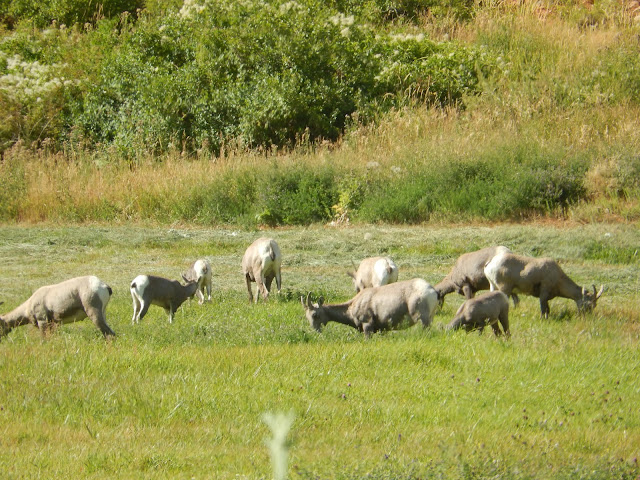 We broke out of the canyon after a while and as we climbed on our way home we were rewarded with more stunning views of the Flaming Gorge.   The colors were incredible. 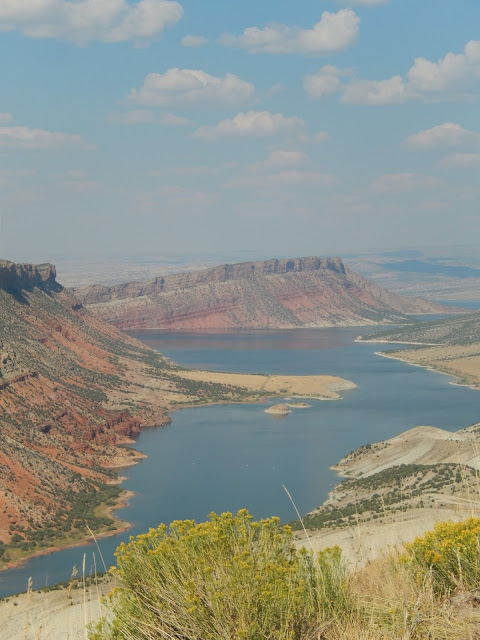