Tonight we're at Chatfield State Park, just a bit south of  Denver, Colorado.   We'll be in this area until the end of September and are really looking forward to spending time with Jesse and Erin in their new house.

We spent last night at Heaton Bay campground on Dillon Reservoir in Frisco, Colorado.   The campground is at 9,000 feet, with wonderful separation between sites and surrounded on all sides by mountains. 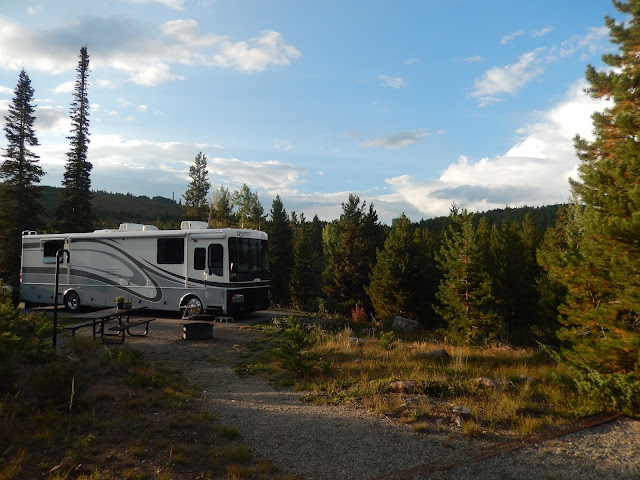 I wish I had planned more days there, we'll surely be back.   It rained most of the night and then again this morning but let up by the time we were ready to hook up and leave.    The birds were out in full force after the night's rain.   Two hummingbirds were taking turns having their way with the tiny pink blooms on my cactus garden!   Soaking wet Robins were cruising for worms and little Brewer's sparrows were working in and out of the low bushes looking for whatever they look for..... 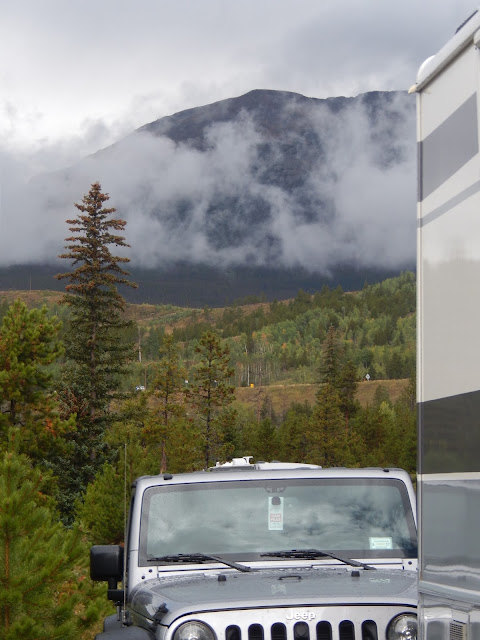 Many of the trees in this National Forest campground were killed by the terribly invasive pine beetle but we saw evidence of reforestation with trees that are not susceptible to this tiny predator.

We left Salt Lake City last Friday morning and moved east to Steinaker State Park, near Dinosaur National Monument and the Flaming Gorge.     We had beautiful weather in Salt Lake city, on the way to Steinaker we noticed a touch of fall beginning on the hillsides. 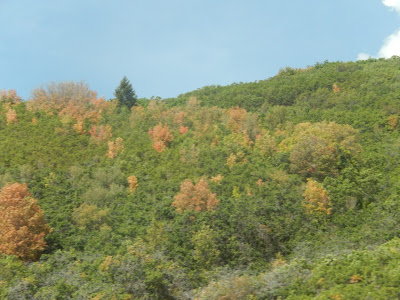 We also noticed clouds building ahead.    We remarked how beautiful they were..... 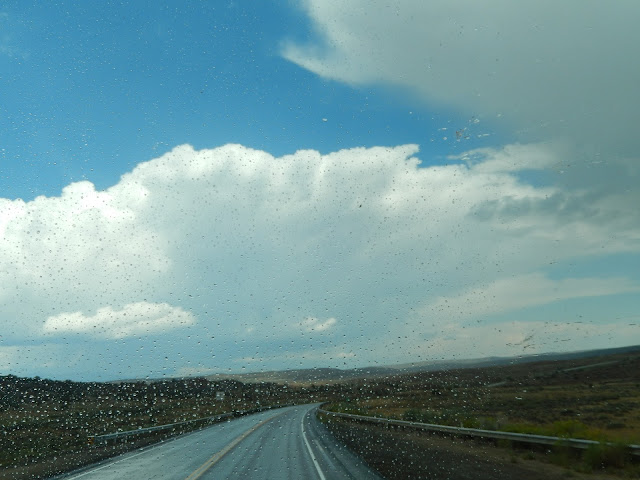 In a matter of minutes the sky opened and heavy rain began.   The further we went, the harder it rained.   And then it hailed.   Dave rarely pulls off the road because of weather, but he did that day.   He was afraid the hail would break Beluga's windshield! 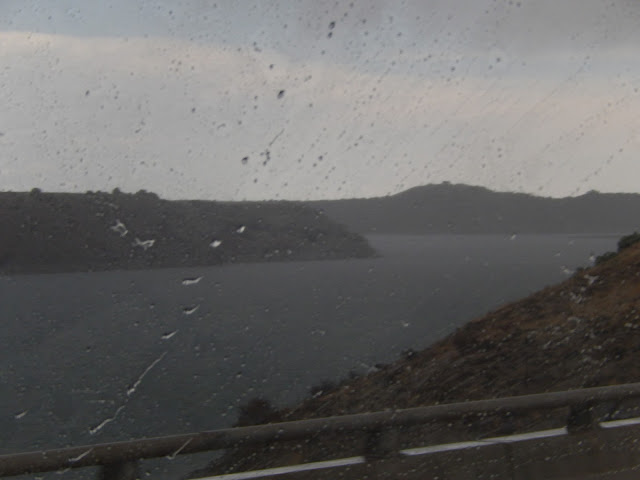 As quickly as it came, it moved away and we continued on our way.   With the bad came the good..... 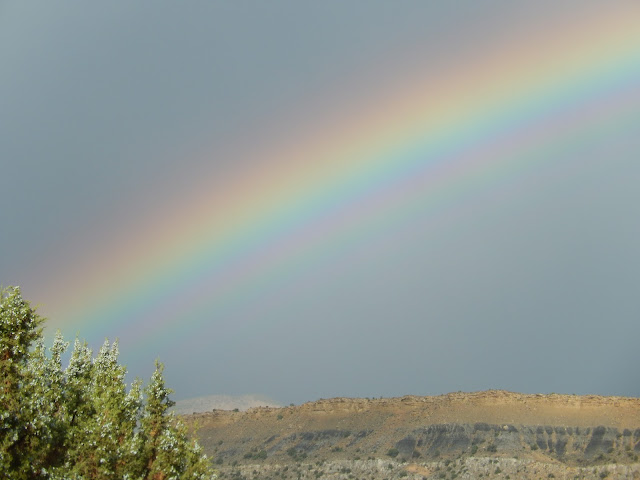 We enjoyed our site at Steinaker State Park very much.  We had originally reserved a pull through spot on the shores of the reservoir....I was looking forward to a view of the water through the shady of cottonwoods.    When we arrived, however, we found that the site (#16)  didn't have a sewer connection and that the level of the reservoir had dropped so that there was no view!


The ranger at the entrance booth suggested we try site #5 and we were so happy we did.   It was at the top of a hill with beautiful, rocky views all around.   It was so private that Lewis could be out with us with no leash.   He enjoyed the freedom, although he seldom strayed more than a few feet away.    He dearly loves helping Dave set up and tear down.     He trots around at Dave's heel, peering into each compartment and carefully sniffing the hose and electric cable, Dave's gloves, the ladder, etc. 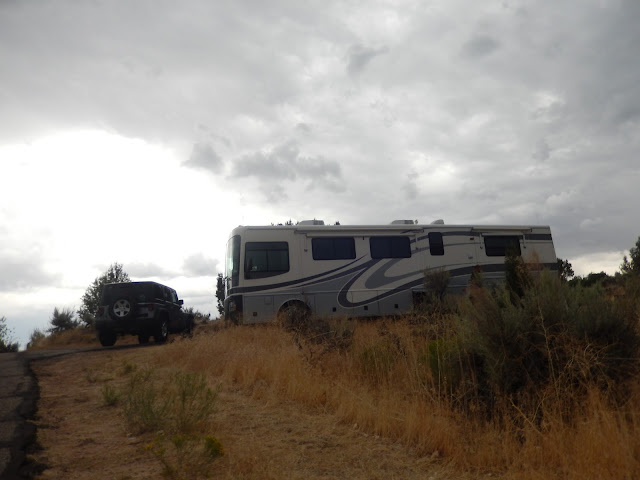 We slept well in the cool air and silence of a relatively empty campground far from roads or towns.

We were only there five nights and four full days but we made the most of our time.    That being said, we felt we only scratched the surface of the area and have put it on our "list" to return.

I'll save pictures of those places for another blog, its late. 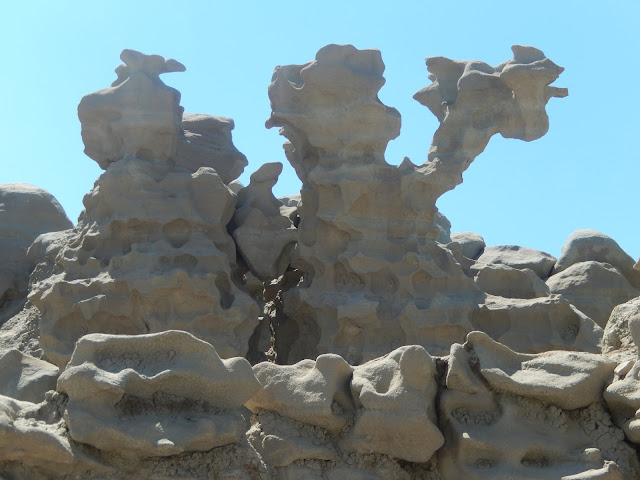